Between the Darkness and the Light – Lister Block

Hamilton’s Lister Block has always held a rather special place in the hearts of local explorers and those who have walked her halls. Built in 1924 to replace the old Lister Chambers building which burned the same year. Joseph Lister, the owner, and namesake ordered a new building be constructed and that it be made fireproof. 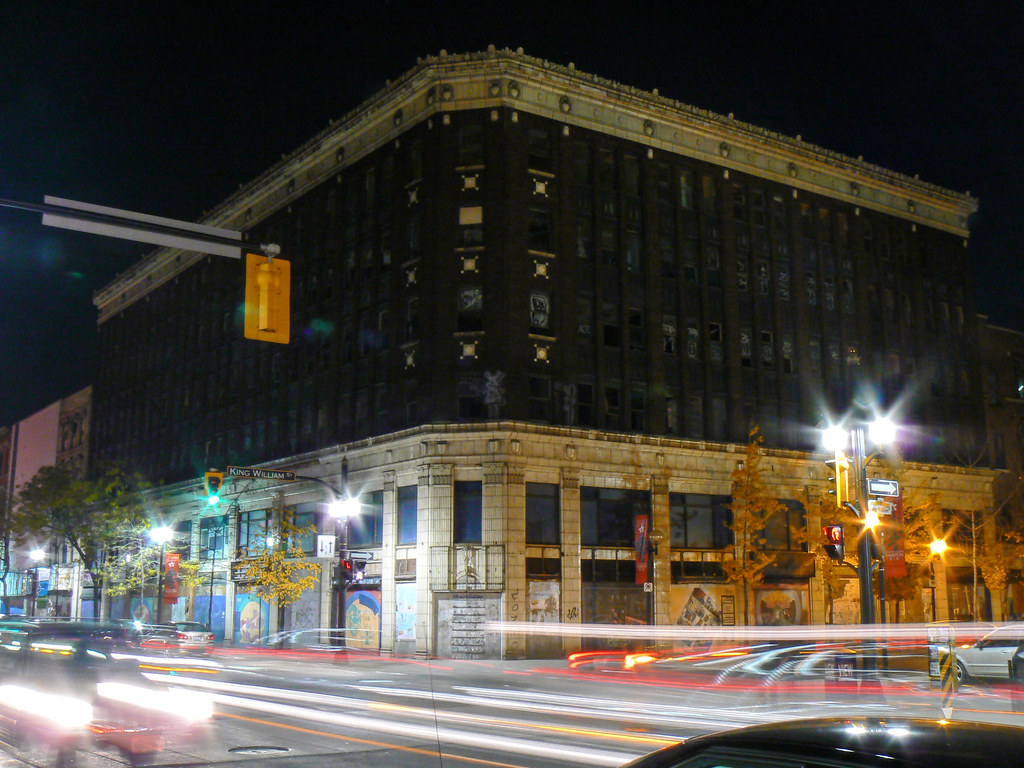 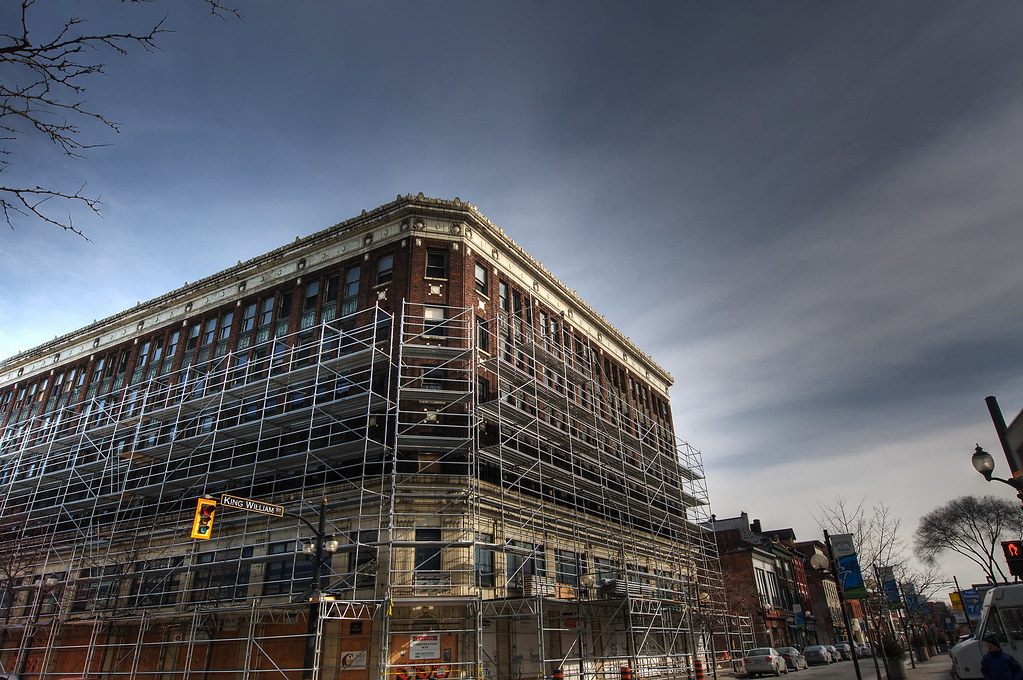 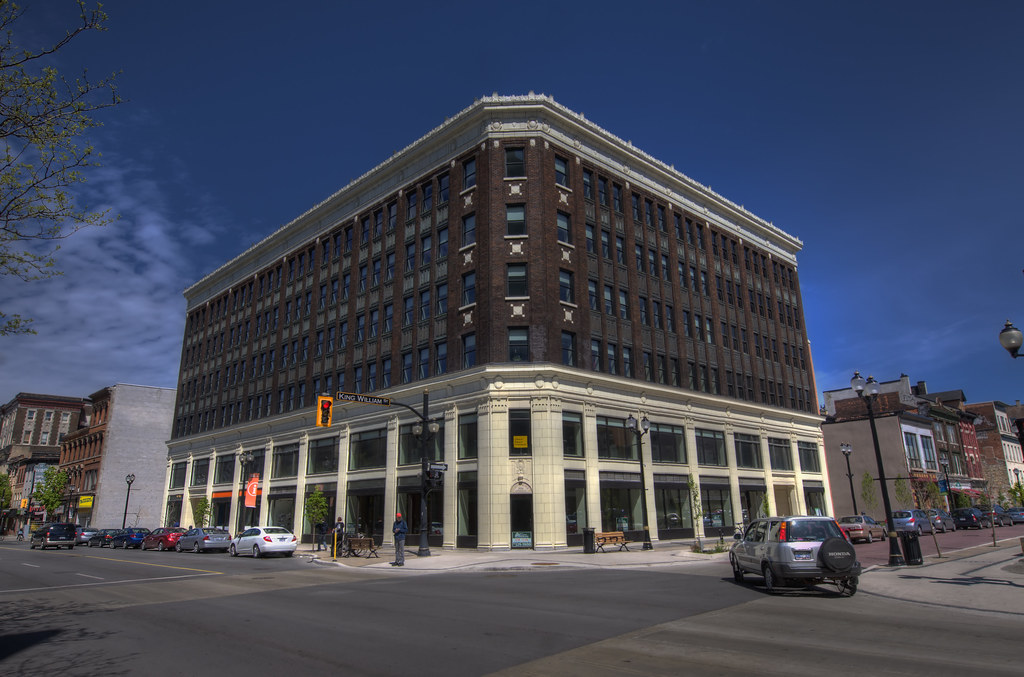 Taking advantage of being on a very busy corner of Hamilton’s downtown, the new Lister Block featured an L-shaped arcade on the first floor, allowing for maximum space to be used, even the store fronts on the second floor featured wide open windows to the streets to show off their wares. But in 1994 eviction notices were served and the Lister Block was closed. And rather than be a symbol of Hamilton’s growth…it became the poster child of the cities decline through the later years of the 20th century. She sat abandoned, decaying…home to vagrants, and a draw to the curious. 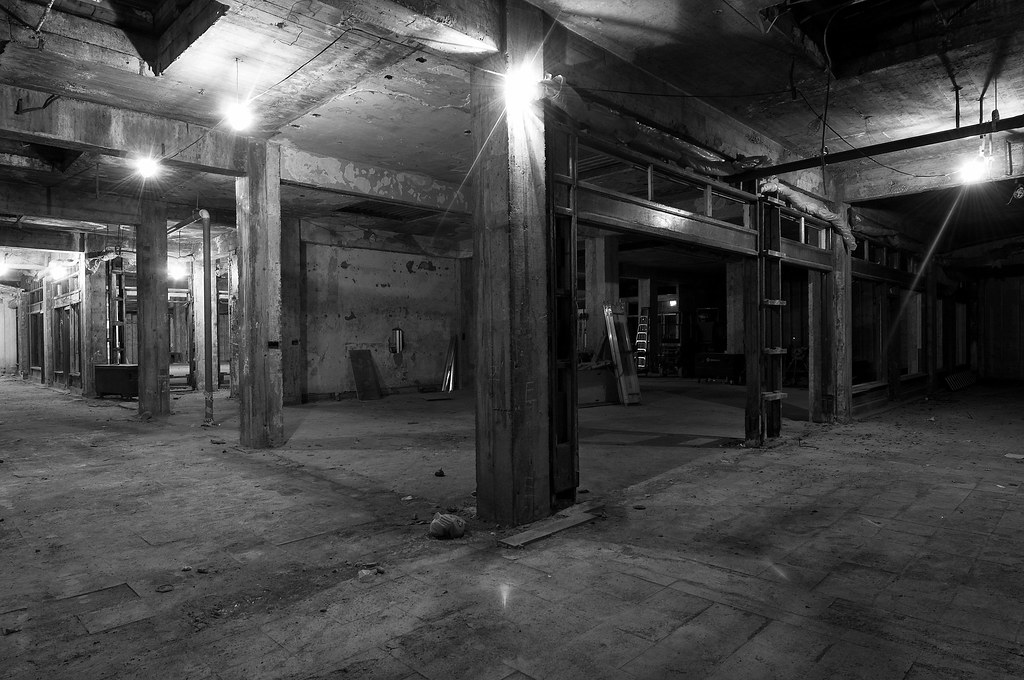 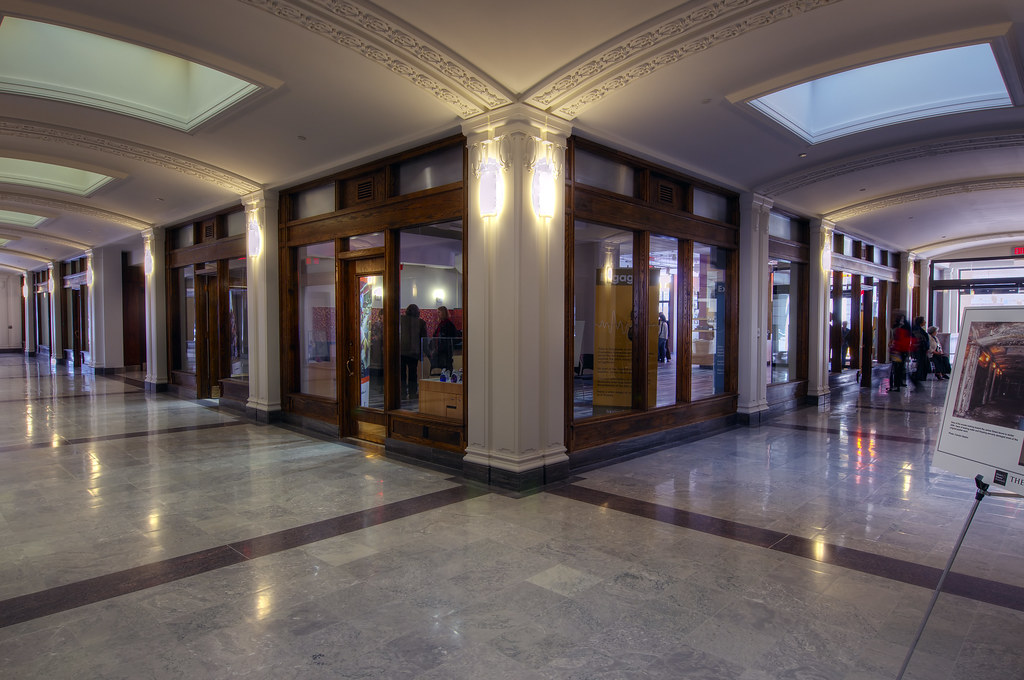 I first stepped foot inside her walls in 2006…and loved it. But as the years progressed the signs that she would be torn down became more clear, the land was precious, a section of the structure collapsed in 2008 finally prompting the city to take action. We managed to get in a couple more times after the initial collapse in 2008 and then one more time after it had been stripped to the bare walls. And then I decided to leave it alone, let the people do their work. 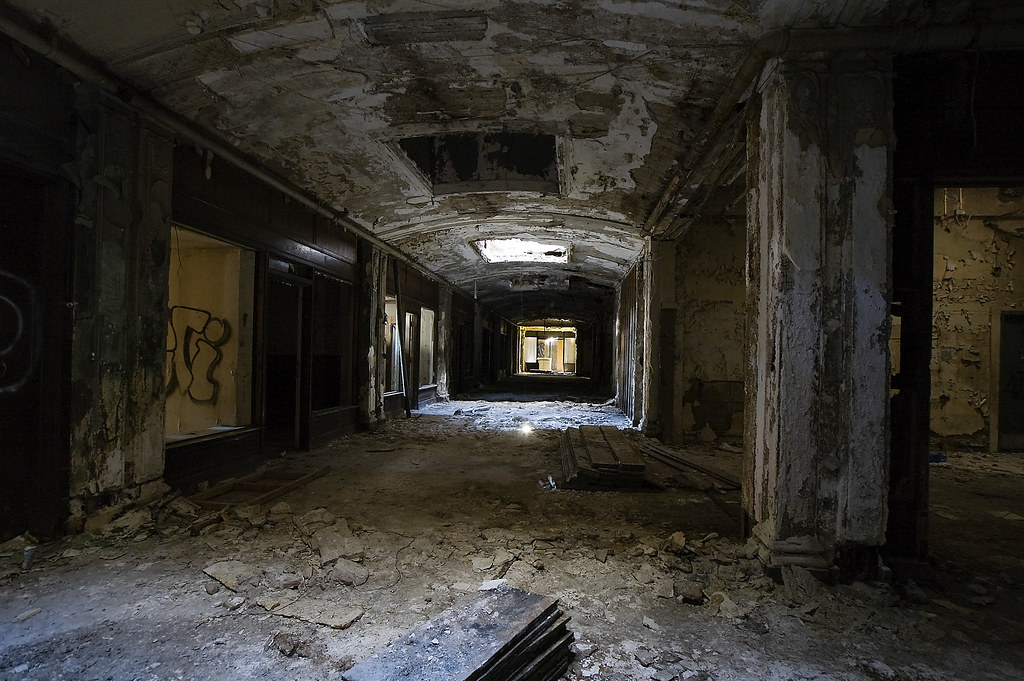 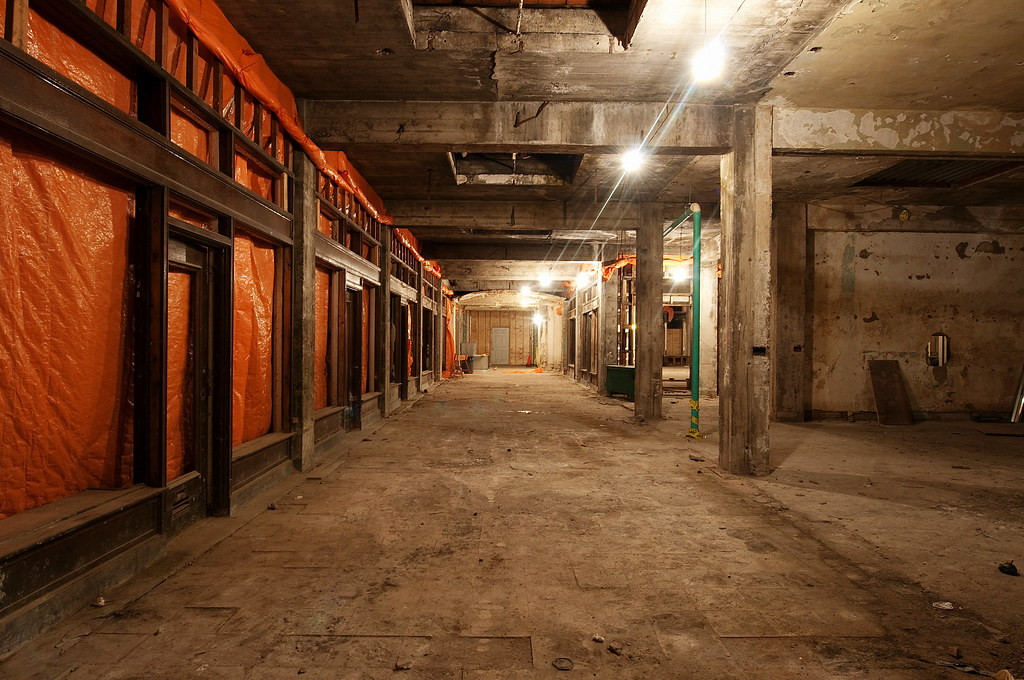 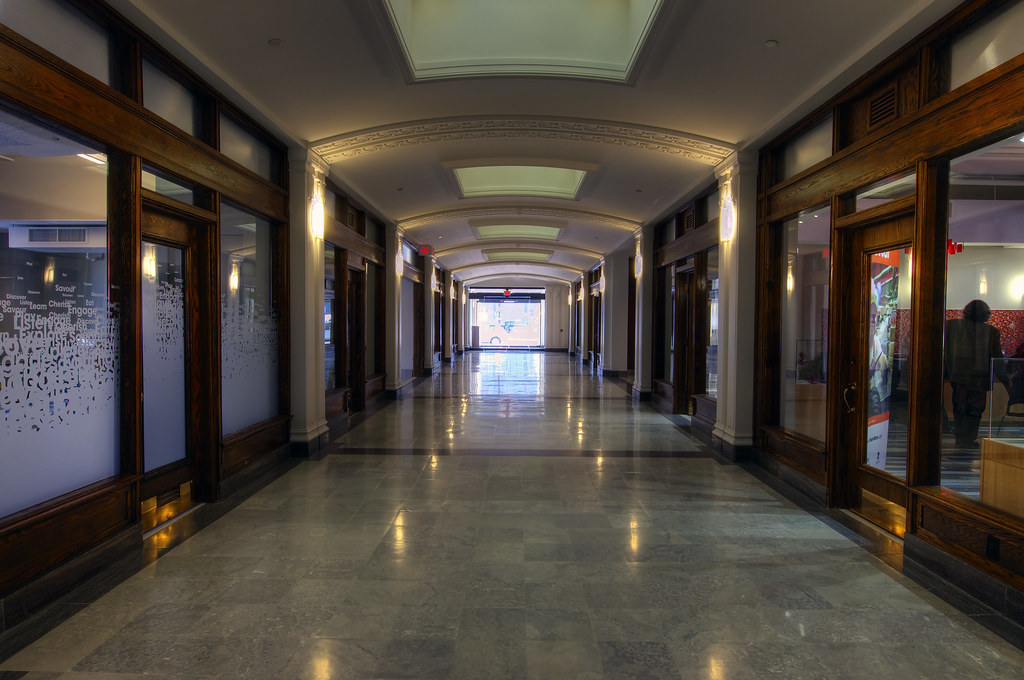 Through 2009 to 2011 the block was restored to its former glory. Joseph Lister had done it right, the building had good bones just needing a caring hand to restore her. Working throughout the two years the first two floors were salvaged, restored, and polished. The exterior cleaned to near brand news. And by 2012 it was open again with local government offices and services now occupying the building. So when the Block was opened for Doors Open in 2012 I made a point to go through my photos of the Lister Block when it was abandoned then when I visited the restored Lister Block, I composed shots I had taken in the past to show what it looks like now. 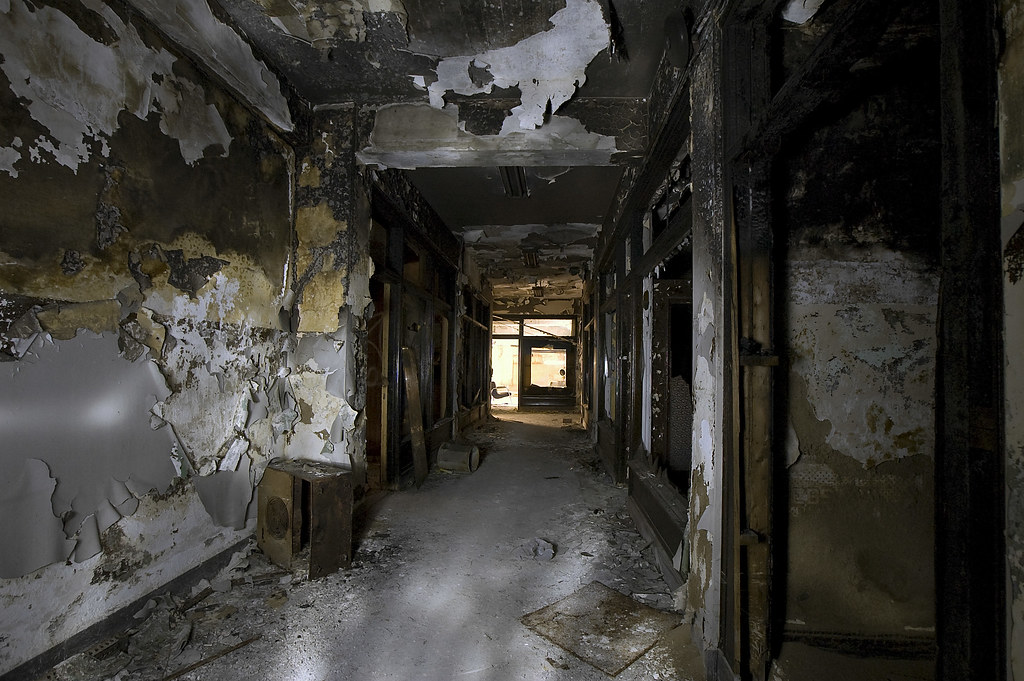 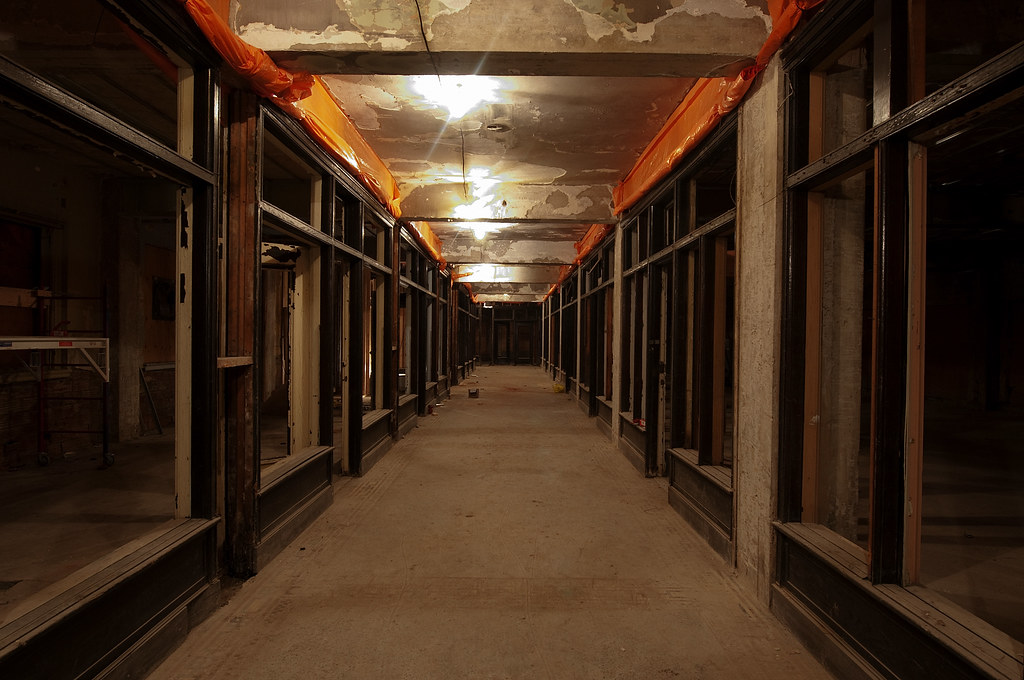 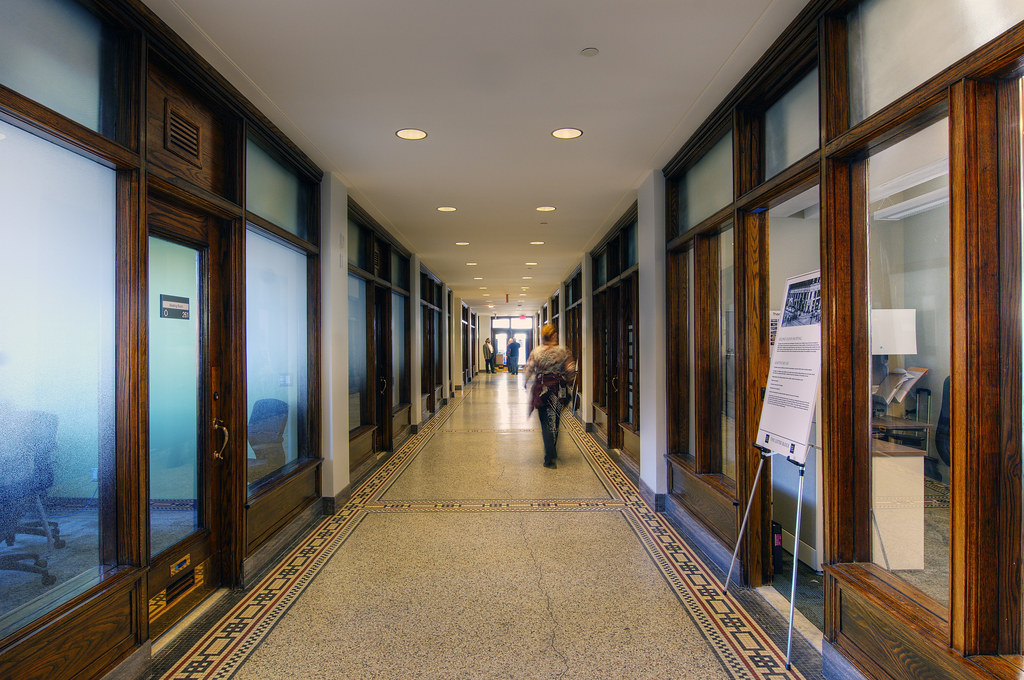 You can check out the two different albums on my Flickr site from when the Lister Block was abandoned, and how it looks like now in its restored state.
Lister Abandoned or Lister Restored