Eastman 5363 Positive Film II – Once More into the Breach

Another care package of new film stocks arrived from the FPP recently, some Russian Films, Japanese and two Kodak rolls, one being the fantastic Eastman 5363! Although my last test roll ended up in failure (Rodinal 1+100, stand developed for an hour). I was looking forwarding to trying another formula. By this point the gang had decided that ASA-25 was the optimal speed for this film. I’ve seen lots of examples popping up on Flickr with D-76 (1+1), Xtol (1+1), HC-110 Dilution G, even some home brewed positive developing with Dektol as a second developer. 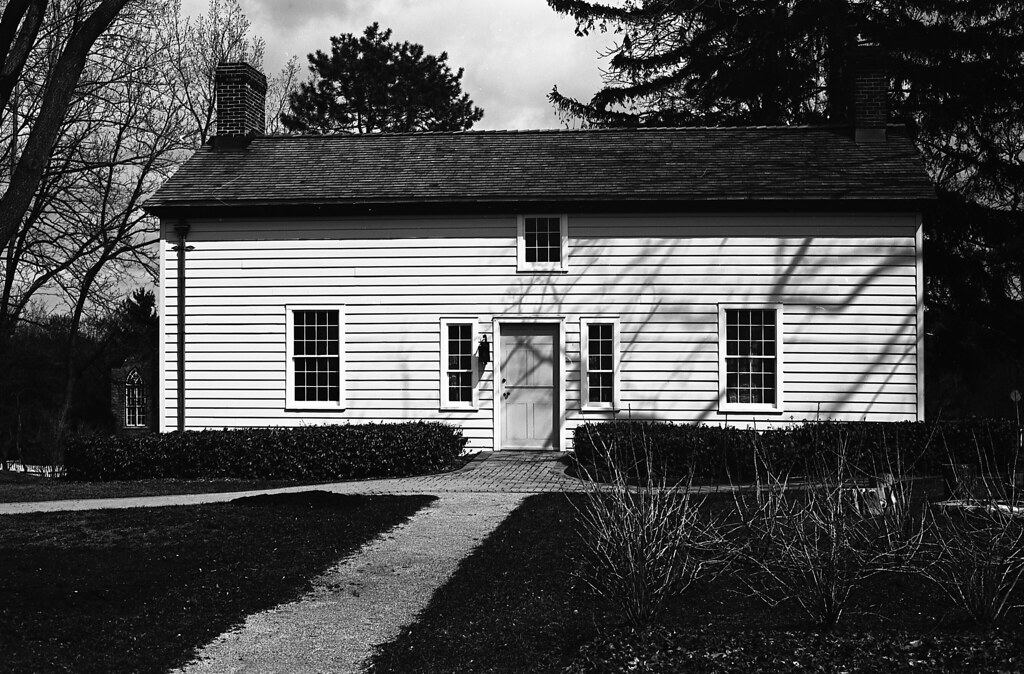 The Secord home in Queenston, ON

But what about PMK Pyro? PMK has become a bit of a staple in my chemistry closet for developing, and I’m loving this staining developer, sure the developing times are a bit longer than normal, but it makes Tri-X sing, along with Efke and Adox films. So why not try it out on the Eastman 5363. But how long should the film go into tank for? I poked around the massive dev chart for other ASA-25 times, looking at Efke films and Agfa films for some ideas. Efke times are at 7.5 minutes where as APX25 is 11 minutes. Most PMK Pyro times are within that range. So I took a page from Michael Raso’s book and settled on PMK Pyro (1+2+100) dilution (standard) for 10 minutes. 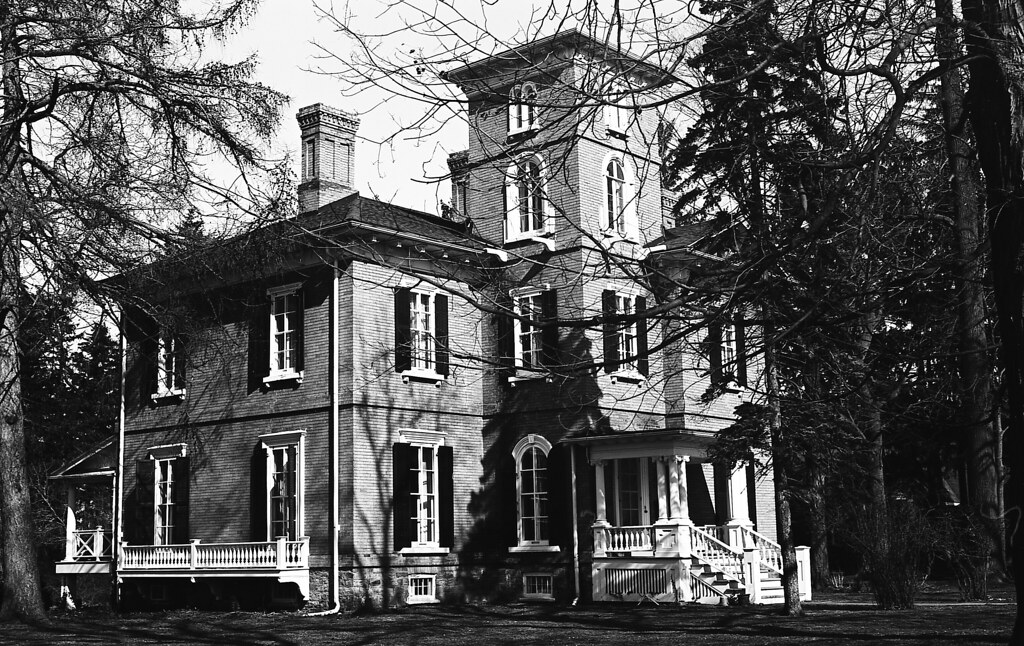 Grand Old Home in Niagara-On-The-Lake, ON

Development technique remains my standard, constant agitation (inversion method) for the first minute, then ten seconds every minute after. One minute water stop bath, constant agitation, then five minutes in Kodak Rapid Fixer with Hardener following the same agitation method as developing. Then two minutes in the spent developer with constant agitation. Followed by a wash, Ilford Method, with Photoflo added to the final 40 inversions, then hung to dry, scanning with an Epson V700. 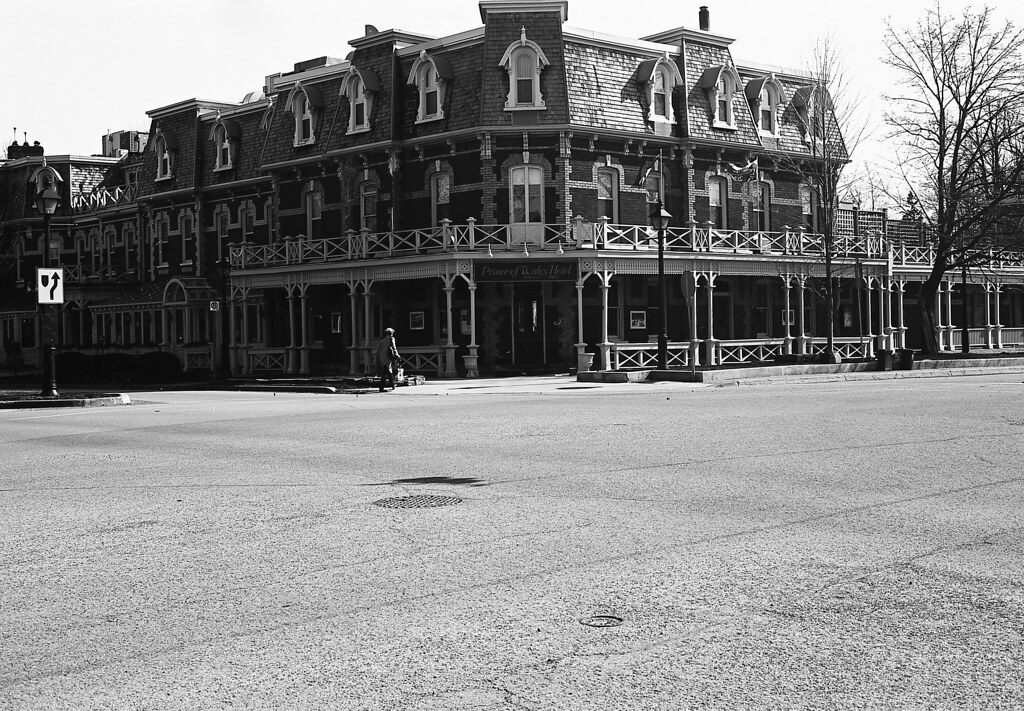 The Prince of Wales Hotel – Niagara-On-The-Lake, ON

Overall, the negs are a touch under exposed, could’ve used maybe another minute or so in the developer, or add a degree or two to the developer temperature, but that’s what these tests are all about. But again you get this great high-contrast chrome feel to the images. So we can add another good developer to the mix, just with a bit of a tweak on the time. Interested in trying this beautiful film out? You can pick up rolls here at the FPP Store. Have another way of developing it? Let me know via email, or contact the FPP directly.