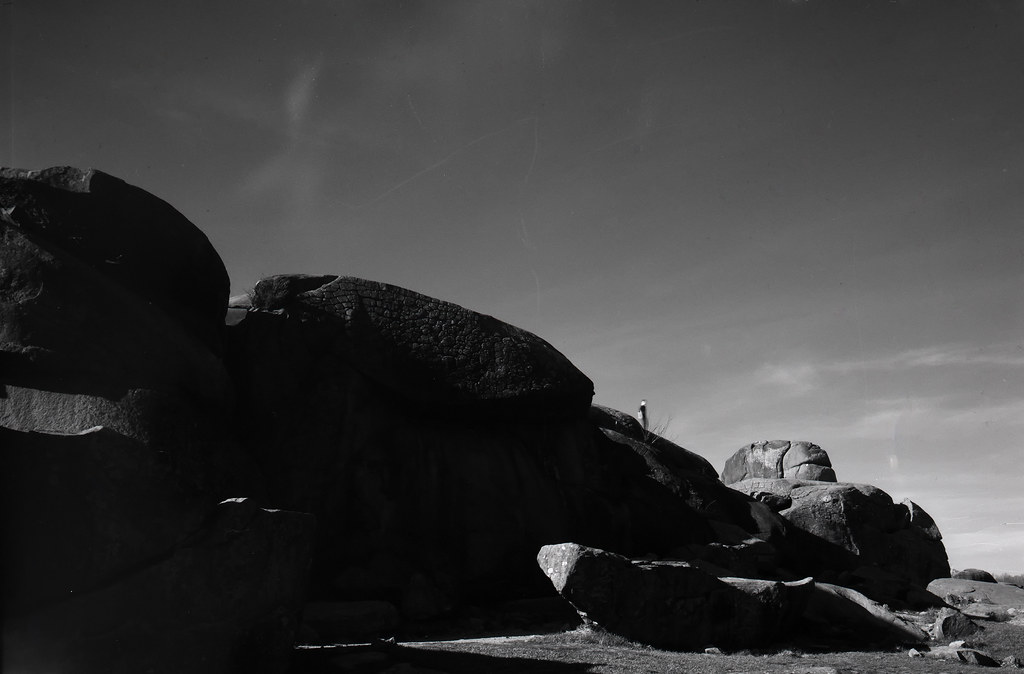 When I was booking my hotel for my last leg of my seven day adventure through the southern United States, I was intending on getting a hotel in Morristown, WV, for some reason Hotels.com ended up showing my hotels in Chambersburg, PA, I thought the two towns were closer together. Well they weren’t. But it turned out that Chambersburg is rather close to Gettysburg. Yes, that Gettysburg, the site of a vicious battle during the American Civil War in 1863. So I decided that I would go visit it. Now I had never been before, so I posed a question to my friend Ryan, who had participated in the 150th anniversary reenactment of the battle last year, if you only could take one photo of the Gettysburg Battlefield what would it be. His answer was the Devils Den, this boulder covered hill was home to artillery and sharpshooters during the battle. I’m not too happy with my exposure, probably should’ve used a yellow filter instead of a red one.