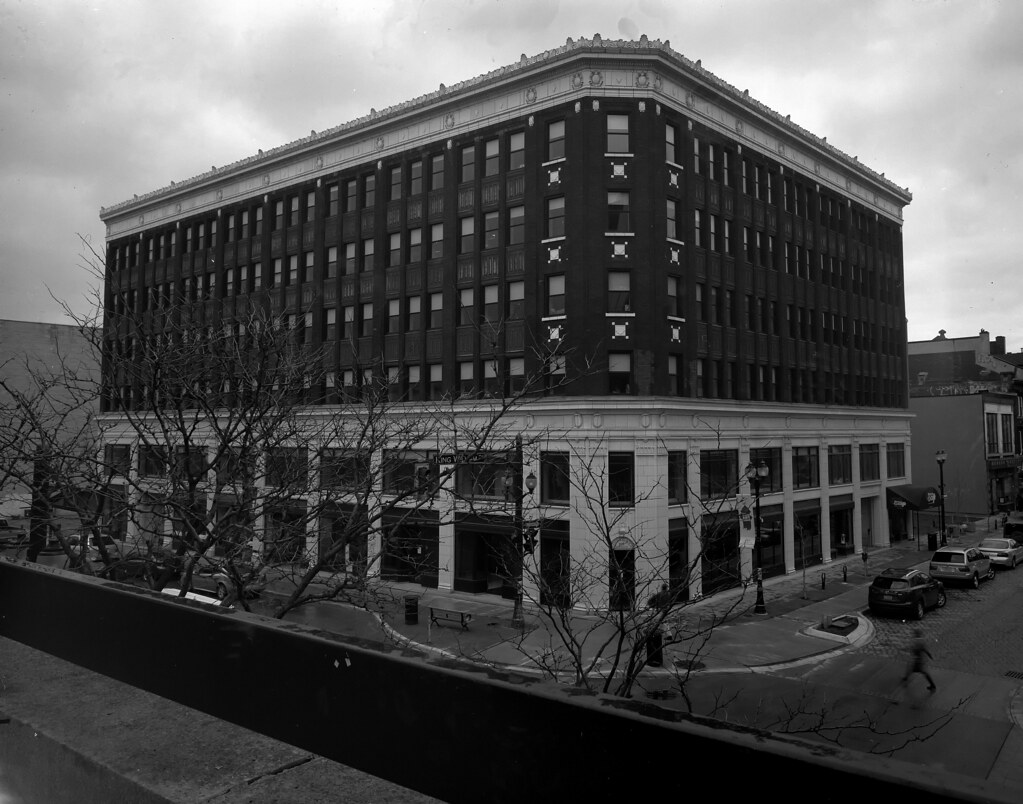 Returning to the beginning for me. One of my very first, actually my fourth image ever shot on 4×5 film was of this building, Hamilton’s Lister Block. The original block was constructed in 1886 but it was burned to the ground by fire in 1923, undaunted a fireproof (it was proved many times over it’s years being abandoned) building was completed in 1924. This beautiful brick and terracotta structure is one of the more iconic on James Street, and after it was abandoned was the first building in Hamilton that I explored, many a Saturday night was spent wandering her empty halls. But unlike many structures in the downtown that end up as parking lots, the Lister Block rose from the proverbial ashes and was completely restored. The first two floors were brought back to what they were like (mostly) when it was new and active.