I sadly was unable to participate in the week long celebration of Instant Photography last year because I was in the Chicagoland region, but this year I went full force and worked on reducing my stock of expired Polaroid and Impossible material! I got the shooting started early over the weekend before ‘roid week so I’d have two days worth of material already stocked up. 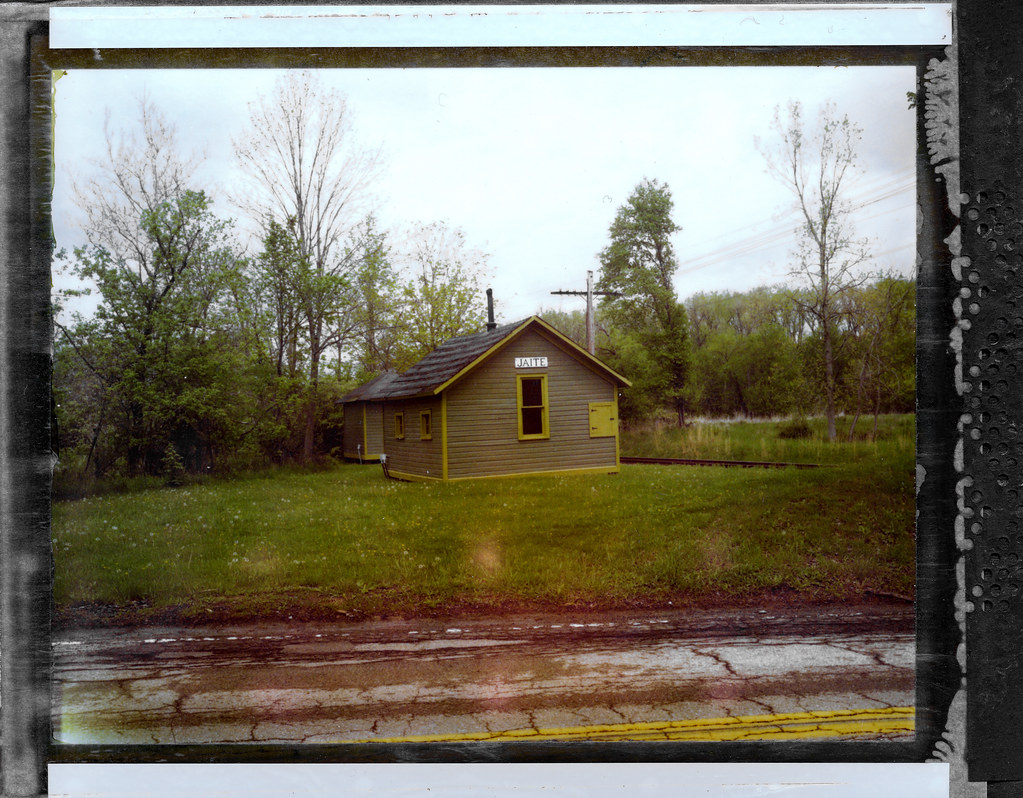 Located in the Cuyahoga Valley National Park in Ohio, the Jaite train depot one served the company town, the town’s surviving building now serve as the HQ for the National Parks Service in the CVNP. 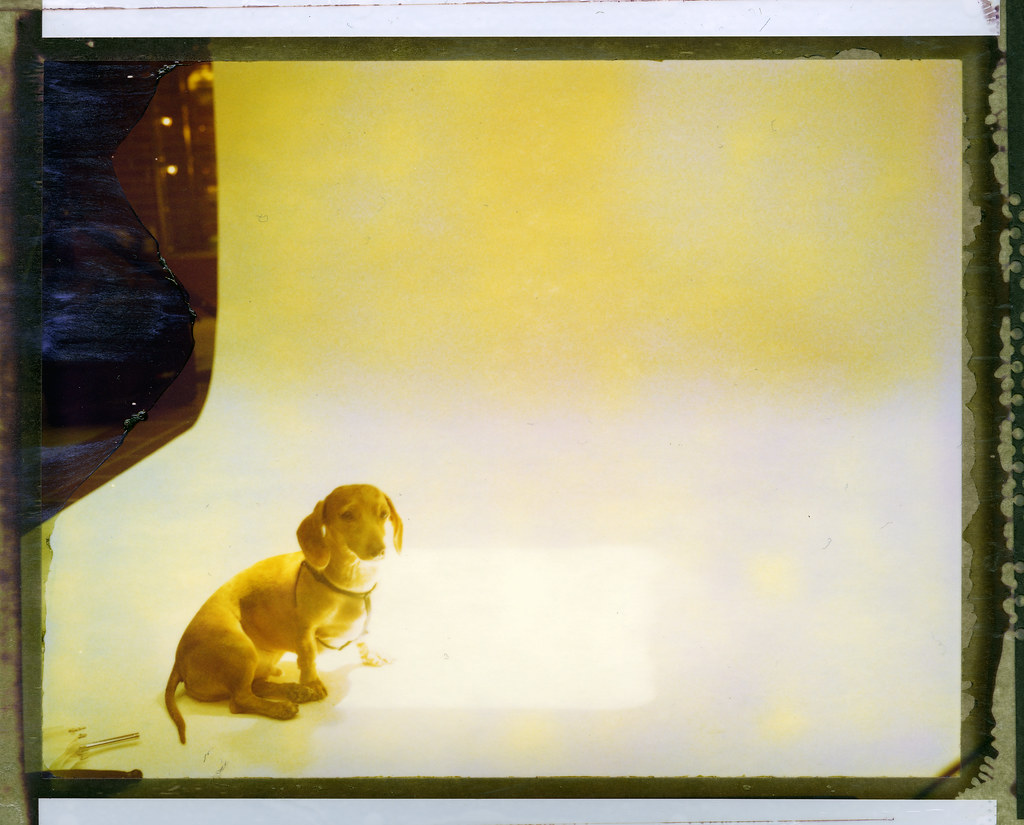 Strudel the Dachshund is just a bit overcooked as I left the image developing for too long, but it gives it sort of a THX1138 look. 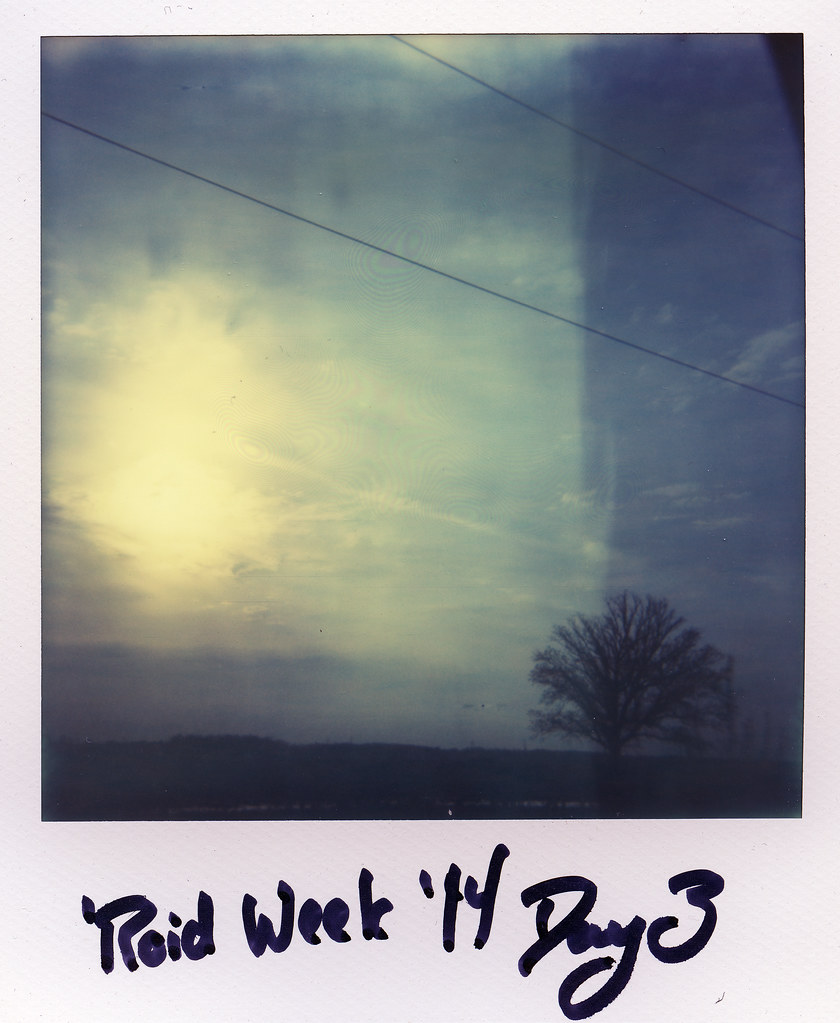 Yes, my favourite tree along my commute to work, I had half a pack of old stock PX70 ColorProtection in my “Dark Side of the Moon” camera and decided to just point and shoot out the window as I drove to work. 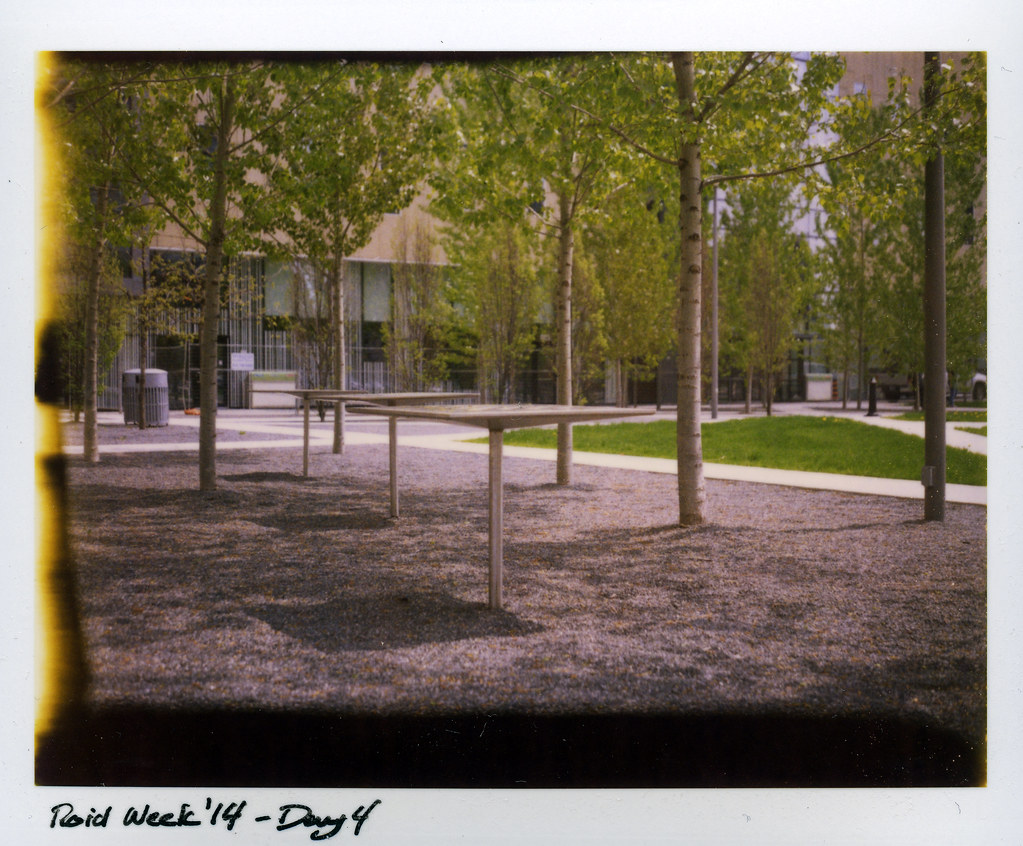 They have these tables with the markings for chess/checkers, but I have yet to see someone actually play!

Day Five – Back to Campus 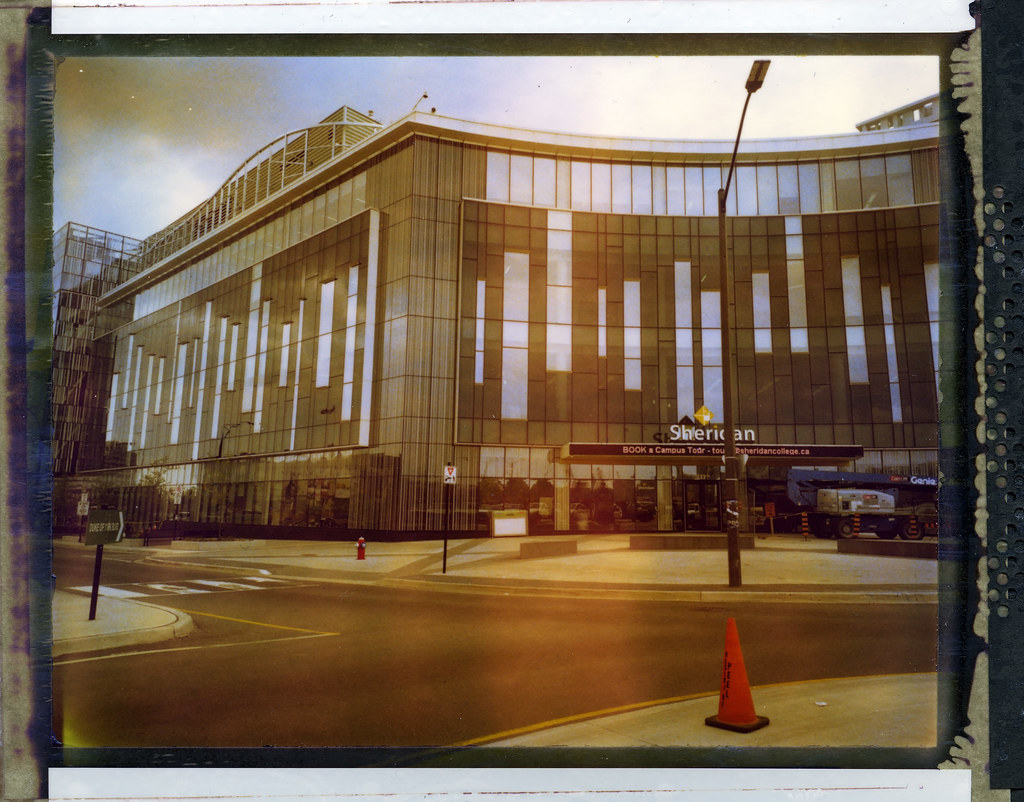 I was hoping to shoot a pack of the new Impossible Project colour film, but my one 600 camera decided to stop working, so I loaded it up in my secondary one, only to have it spit out all eight photos at once (goodbye 25$). But! I still had four sheets of Type 79 left over so I went back to where I started.

But man, what a great ‘Roid Week this time around, getting the first couple shots made before the week started and then a little bit of discipline and I managed to get all five days in! Also oddly of note, I got on Flickr explore twice with the photos from days three and five.