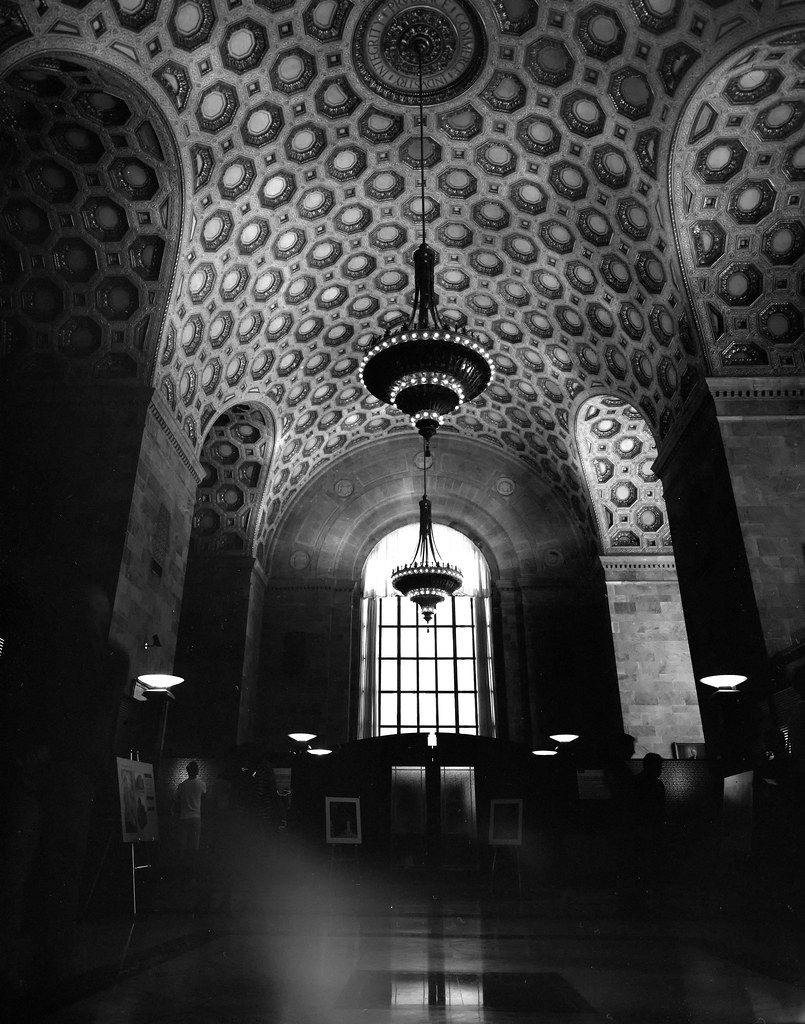 Dreaming in Black & White. It’s funny how sometimes the picture comes to me when I’m at the location, and sometimes it’s just there in my head. A lot of this project has been pre-planning locations and sometimes it works out and I take the shot, other times it just happens, and then still it comes to me well before hand. For Doors Open Toronto I had a couple of possible locations that could’ve served for Week 22, one being the gorgeous RC Harris Water Treatment plant, but I really had no desire to drive out to Scarborough, then find a place there to park my car and ride the TTC into the downtown core for a majority of the Doors Open Locations. So I reformulated my route which gave me lots of options. But the Friday before I saw the photo I wanted in a dream, the location Commerce Court North, and exactly how I wanted it to work. Now I had visited Commerce Court North back in 2010, and fell for the place. This was once the tallest building in the whole British Empire, built in 1930 and designed in the Beaux-Arts style, which is one of my favourite styles. As for the look, I wanted something contrasty, deep blacks and bright whites, so I went and pushed the film up to ASA-800, and used another roll film formula for Tri-X 400, which I really enjoyed working with last year.