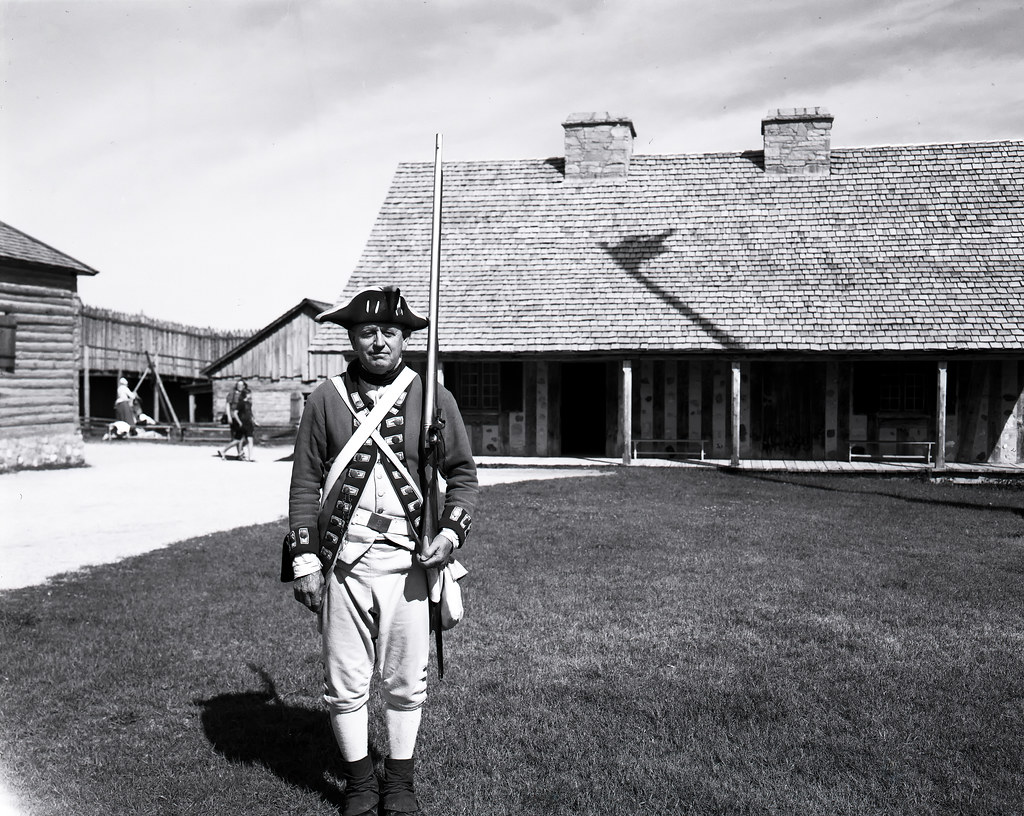 From 1645 to 1885 the red coat of the British Army was both feared and respected, this army of as General Sir Arthur Wellesley the Duke of Wellington put it, the scum of the Earth, drilled and disciplined into one of the most effective fighting forces the world had seen, and helped Britain build an empire that spanned the globe. Week 25 is for my friend Col. Anne whom I met through tumblr and our mutual interest in Military history. Specifically the late 18th to early 19th century. The gentleman portrayed here is dressed in the uniform of the 8th (King’s) Regiment of Foot as they would’ve been dressed during their time garrisoning Fort Michilimackinac. This fort, originally built as a fur trading outpost by the French in 1715 was ceded during the Seven Years War (French and Indian War) in 1761. The fort only saw action once, during Pontiac’s Rebellion, native forces overran the outpost, killing or driving off the British garrison. After occupying it for a year, the British regained the post after promising better gifts to the local natives. The British moved their outpost over to Mackinac Island in 1781, being a more defensible location should American Rebels decide to attack. The fort was dismantled. Today the fort is part of Colonial Michilimackinac, and many of the buildings have been rebuilt and archaeological work continues to turn up a greater understanding of life at this distant outpost. I’m glad I was able to make it back here during the Photostock 2014 event as it is one of the few forts in the US that maintains a British garrison!