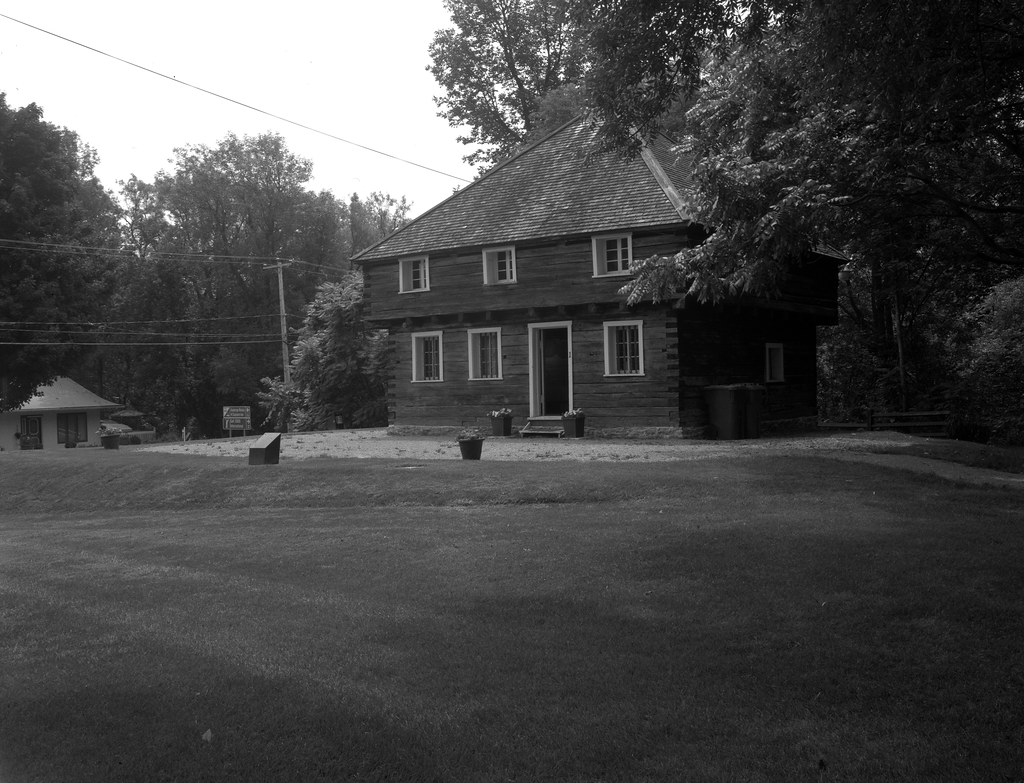 Located a handful of kilometers from the US/Canada border sits a lonely blockhouse, an odd sight today. Most Blockhouses in Canada are usually attached to some larger fort or remainders from a larger complex. But not just one sitting out at an intersection of two provincial highways. But the Lacolle Blockhouse is such a spot, part of the larger defense of the border between Lower Canada (today Quebec) and the United States that sprang up during and after the American Revolution. The blockhouse was first built in 1781 (yes, this is original) to defend the border and the nearby lighthouse and mill. However the British and Miltia who manned the frontier outpost didn’t see much action until 1812 when an American force crossed the border and were soundly repelled by a force lead by Charles Michael de Salaberry (who would eventually go on to lead the Canadian forces at the Battle of the Chateauguay), a second force would attempt to sieze Lacolle Mills again in 1814 but again would fail. And yet, after the war ended and the need for these defensive structures became obsolete, the blockhouse survived, and now over 230 years later it still stands, today serving as a small museum, and remains the only such blockhouse left standing in the province of Quebec.