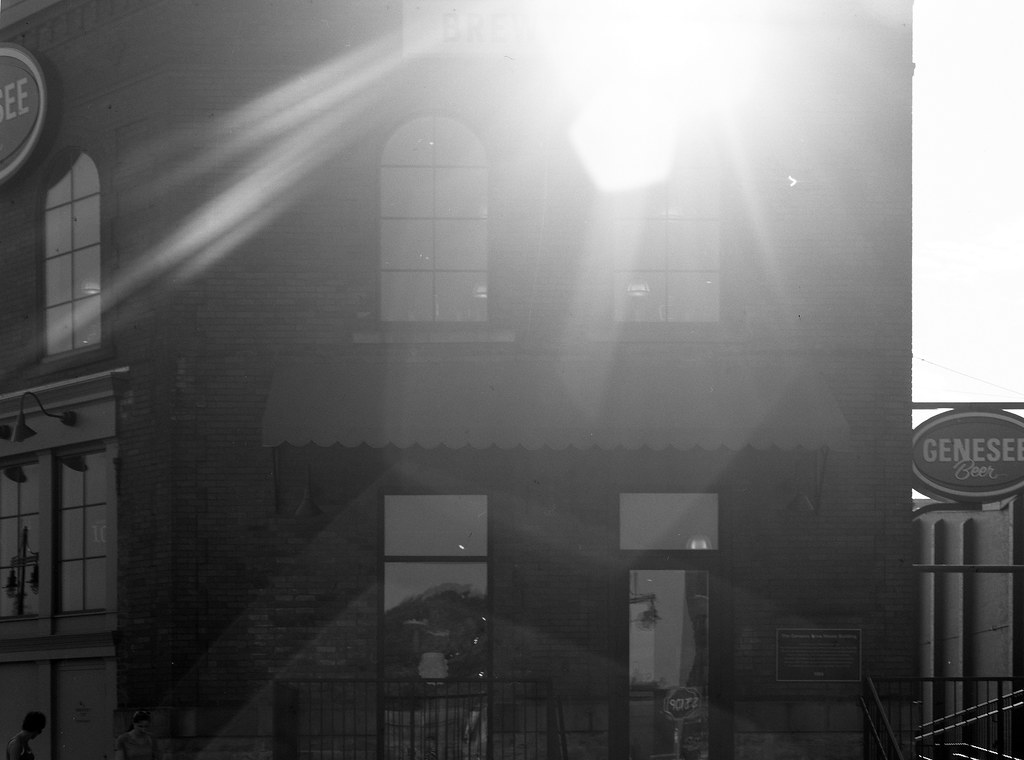 This is what happens when you don’t double check things, you get awful flare that takes out a whole top section of your photo. But rather than groan about it, I posted it anyways, because that’s a rule I laid out for myself. But enough about mistakes (I really should’ve swung the camera around and shot High Falls instead…) this is probably my favourite spot to eat in all of Rochester (Dog Town is a close second), the Genesee Brew House, a brew pub attached to the Genesee Brewery with a full selection of their beers and some pretty amazing food. Genesee traces it’s legacy all the way back to 1819, but the company as it is today was formed in 1878. The Brew House itself isn’t that old, coming to light in 2012, but the building it was built into a building that dates back to the original Genesee complex. If you find yourself hungry in Rochester, stop by, have a beer and a meal. You won’t be disappointed, I know I never am.