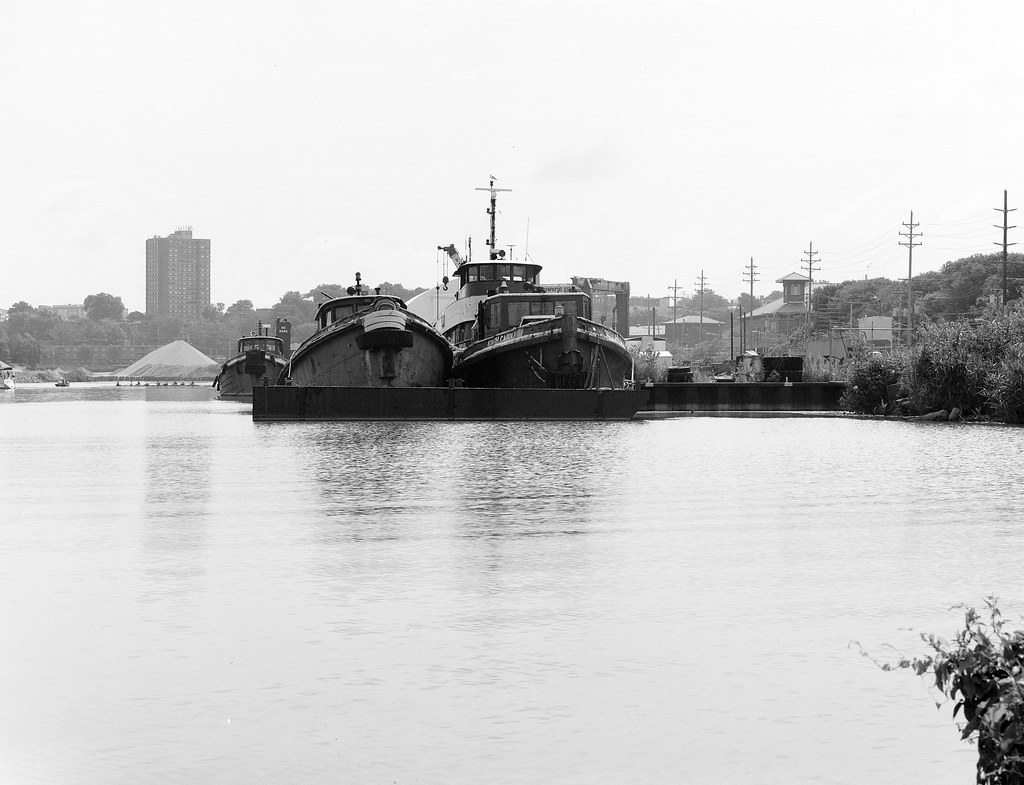 Nothing like making the best out of a bad situation, but at least it wasn’t raining. Week 32 I found myself again lurking around Cleveland, Ohio for the Northeast Ohio APUG meetup (NEOH APUG) hosted by the wonderful John and Dolly Powers. The Sunday found us down at the lake shore trying to get shots of these tug boats, the entire fleet of tugs for the Great Lakes Shipyard nearby. The morning rain storm turned into blazing overhead light, less than ideal certimstances to photograph in, but rather than risk it raining again later, I sort of looked around for the best spot in the marina I was in, to get the shot. I ended up circling around to a small dirt spit that had a playground on it to get the shot. I rather like the negative space at the top and bottom of the image and the tugs nice and sort of centered. Anyways, Cleveland has plenty of fantastic photographic opportunities if you want to take a chance! Tower City, The Warehouse District, and the Flats are personal favourites.