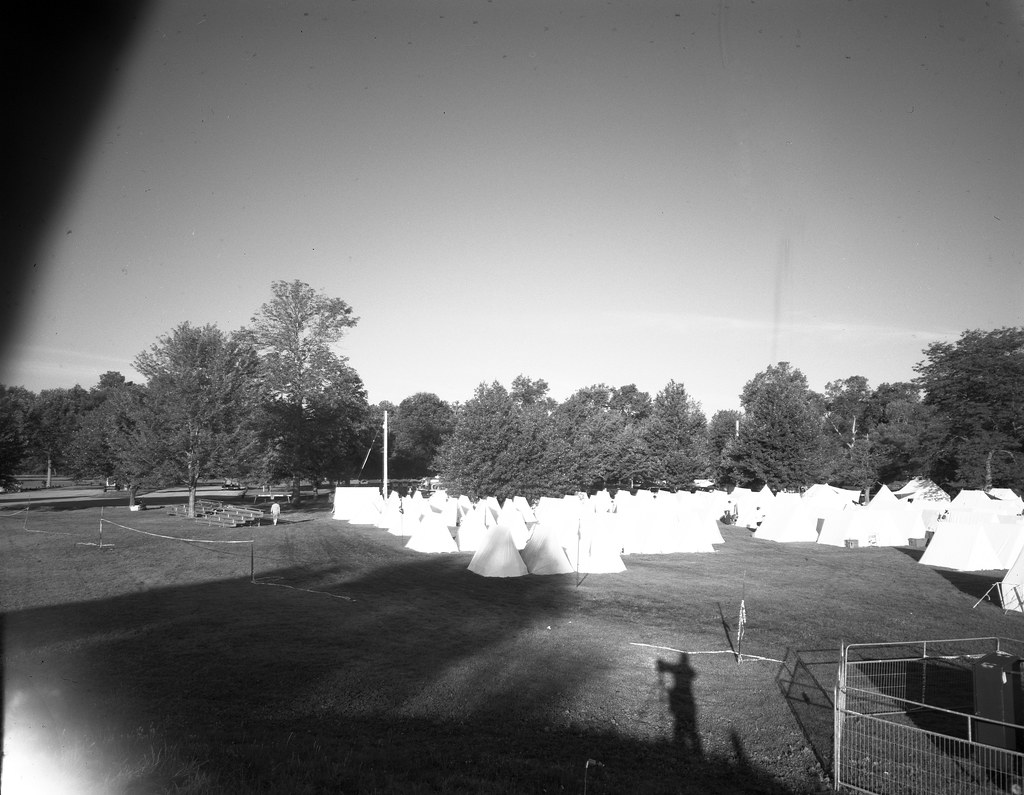 It ended with an explosion, but this is how it started, the sun creeping up over the historic fort, the trees, earthworks, masonry redoubts and blockhouses, tangled abatis, and rows of white tents. This was the scene early Saturday morning as near 1100 military reenactors started to crawl out of their tents and start to put on their uniforms, ready to put on a show the likes the site, or the neighborhood had ever seen. You see this year marks the 200th anniversary of the bloody siege of Fort Erie, the last major campaign on Canadian soil during the War of 1812. Sure there was still Plattsburg, Cooks Mills, Bladensburg, Washington DC, and the Defense of Fort McHenry still in store for the 1814 campaign. By the end of the day, the British line had 300 reenactors, while there were a near equal number of American forces occupying the fort. How did it end? A big explosion and then chaos and the reenactors, at least those still standing, broke and ran. And we retired back to our tents again.

This is also the last week for my trusty, although getting rather old Speed Graphic, the light leak in the Graphic back is getting worse by the day, and the bellows are starting to come undone. However, I did recently get a mint condition Crown Graphic which will be making a debut for Week 34!