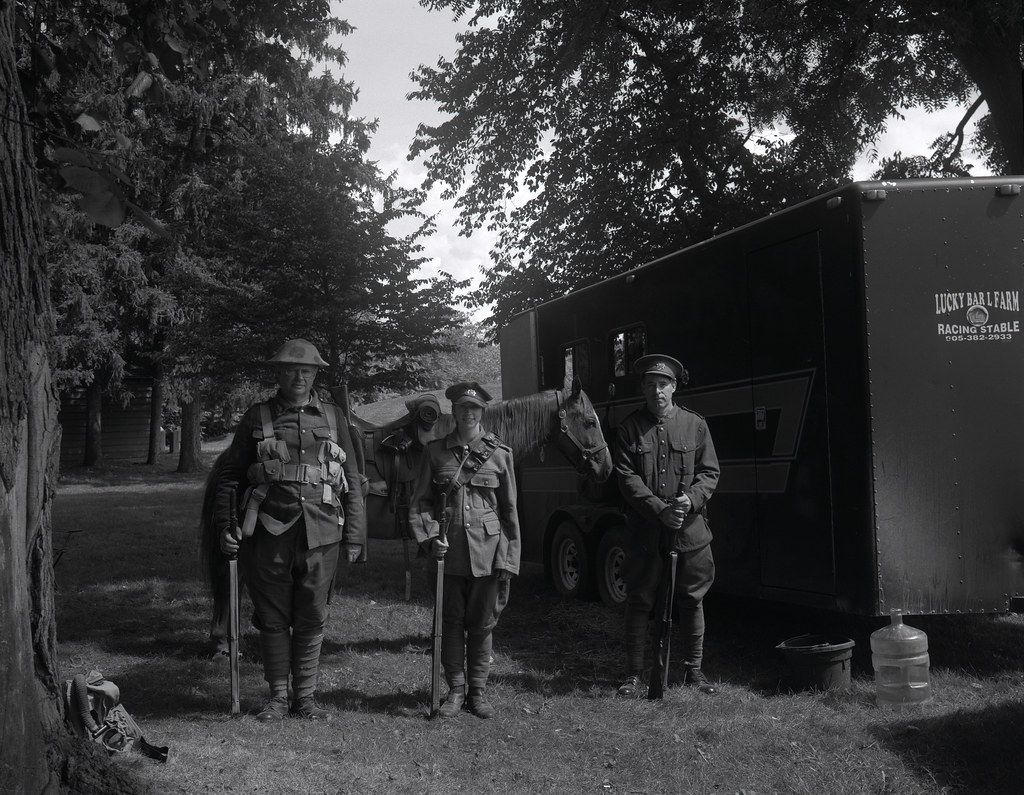 We are the Dead. Short days ago
We lived, felt dawn, saw sunset glow,
Loved and were loved, and now we lie
In Flanders fields.

While I continue to push my War of 1812 project, there is another major milestone that’s happening right now, the Centennial Celebrations of the First World War. So I wasn’t going to let it slide in the sheet-a-week project, so when I attended a timeline event (where a bunch of reenactors from various time periods gather to show their stuff to the public) at Fort George National Historic Site in Niagara-On-The-Lake, Ontario I made a point to find a group of reenactors from the World War One period. I found some, they are part of the Canadian Great War Society and were more than happy to pose along with one of their horses for a photo. These represent a typical enlisted solider in the Canadian Expeditionary Force, a destinct service branch that served during the war in several major battles including Ypres, Somme, Vimy Ridge, and Passchendaele. By the time the force was disbanded in 1918 some 60,661 men had lost their lives.