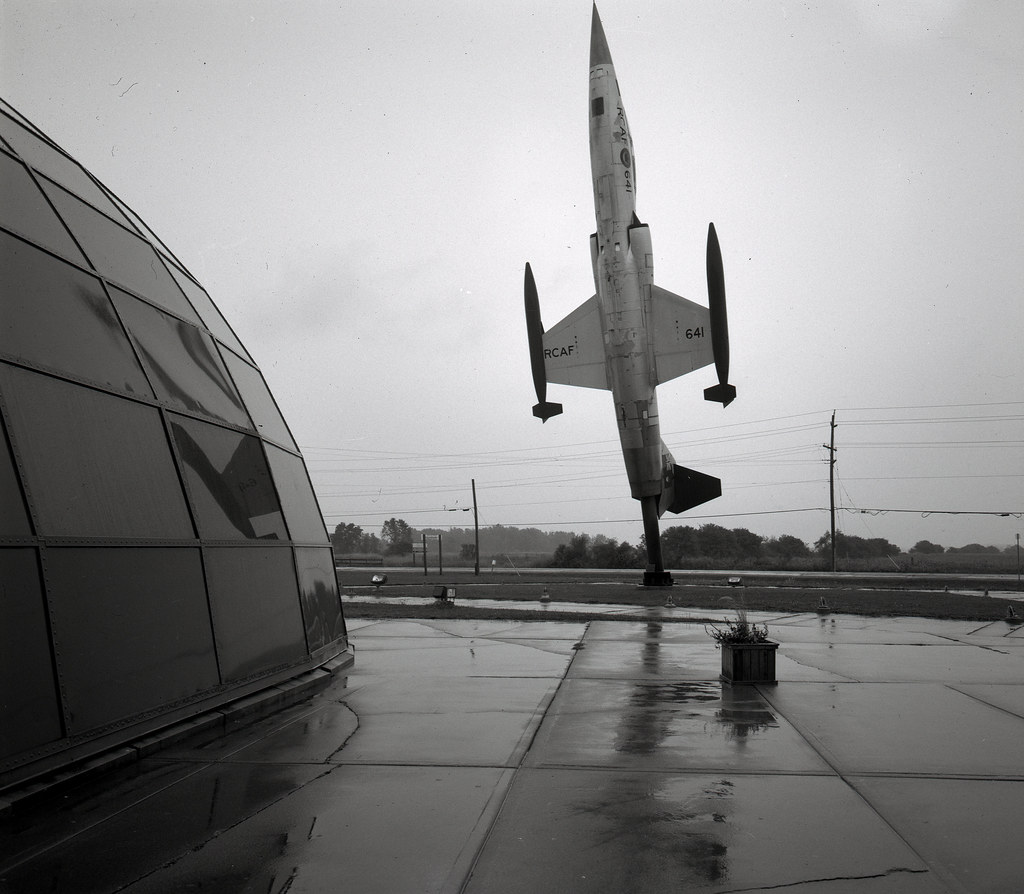 The Cold War was an interesting period of history, and one of my favourites. Cloak and Dagger affairs, Nuclear Weapons, Spies, Jets, and the such. The CF-104 Starfighter is my second favourite jet of the era, the first being the doomed Avro CF-105 Arrow. But the Starfighter was unique, wildly different from jets of the day and had some rather unique nicknames such as the Aluminium Death Tube, The Lawn Dart, and The Flying Phallus. But it certainly cuts a unique figure. Like the CF-86 Sabre before it, the CF-104 was built by Canadair under licence using the Lockheed F-104G as a template. These would make up Canada’s lead nuclear strike force based in Europe and would fly retaliatory strike missions against Soviet Bloc nations. Thankfully that never happened. While this isn’t exactly the photo I wanted to take, it was raining fairly hard so I kept myself and my camera under the cover of the Museum entrance. This CF-104 stands outside one of my favourite museums in the area, the Canadian Warplane Heritage Museum at the Hamilton International Airport in Mount Hope, Ontario. The museum itself is certainly worth a visit if you have a morning or afternoon to kill. The CF-104, along with the CF-101 Voodoo and CF-5 Freedom Fighter were all replaced in the mid-1980s with our current fighter, the CF-18 Hornet. On a final note, when the RCAF was looking for a replacement to the CF-86, one of the planes they were looking at was the F-105 Thunderchief, but they would have equipped it with the awesome Orenda Iroquois Engine that had been developed for the Arrow…that would’ve been a sight to see.