A dreary Saturday can only be spent one of two ways…either locking yourself inside or going to your favourite museum. I chose the later. The Canadian Warplane Heritage Museum at the Hamilton International Airport in Mount Hope, Ontario has always been a favourite of mine from the first time going when they were housed in an old hanger. Sadly in 1993 the hanger was destroyed by fire loosing five of their aircraft…but many survived that still form the core of the museum’s collection today. The star of the show, an Avro Lancaster bomber, a personal favourite of mine. What makes the Lancaster all the more special is the fact it’s only one of two that can still fly in the world. 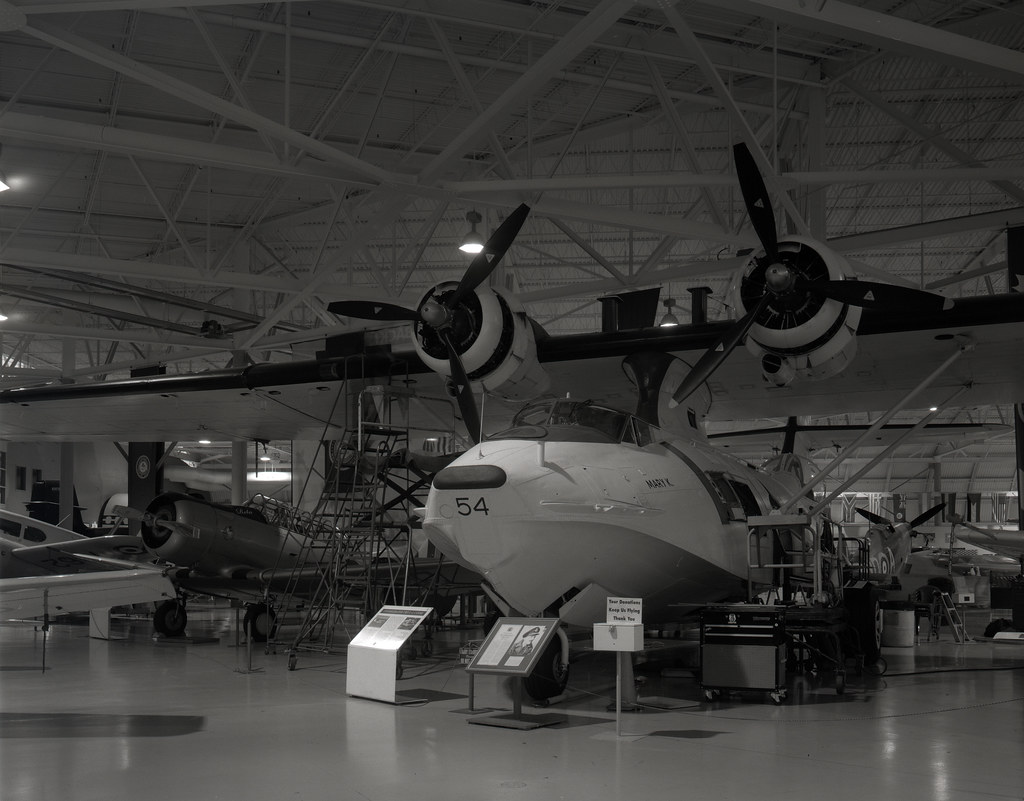 A Consolidated PBY-5a Canso – Acquired by the Museum in 1995 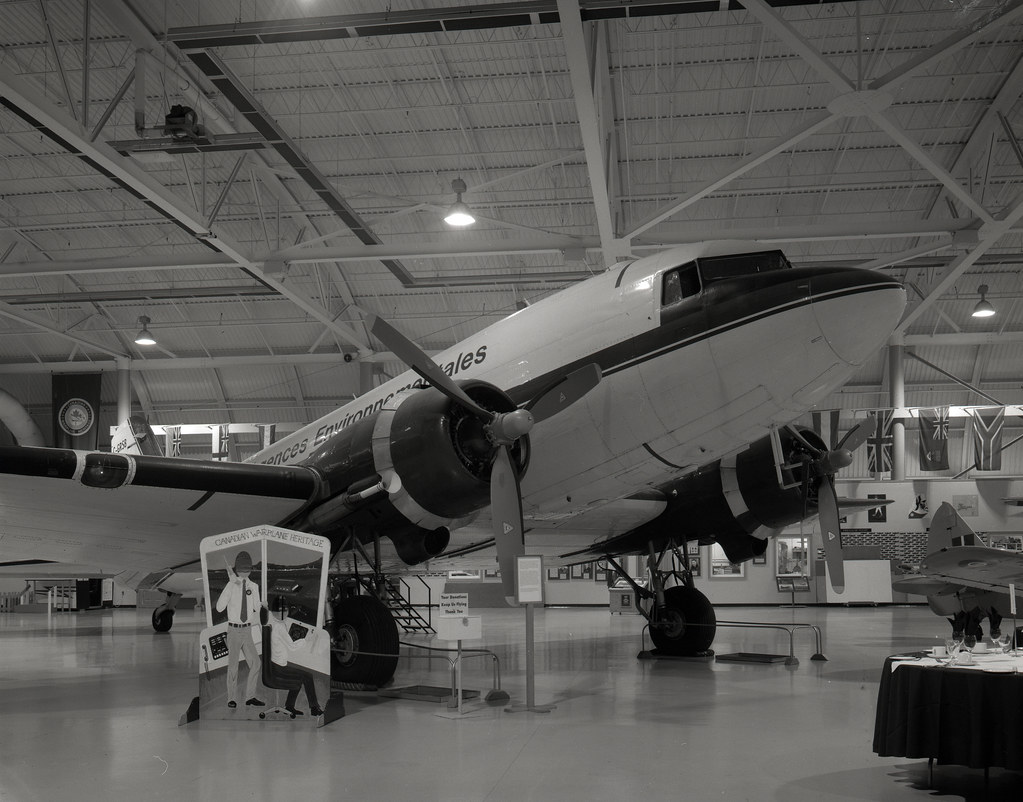 But when I visited the museum the Lancaster was in England, flying with the other still flying Lancaster in a series of airshows for the Battle of Britain Memorial Flight. Despite that there was still plenty to see in the airport. The one thing I really like about CWHM is that the aircraft gallery is well lit! But working with large format and ASA-125 film I was still shooting fairly long exposures. But patience paid off and there weren’t many patrons when I was there so I didn’t have to wait too long. 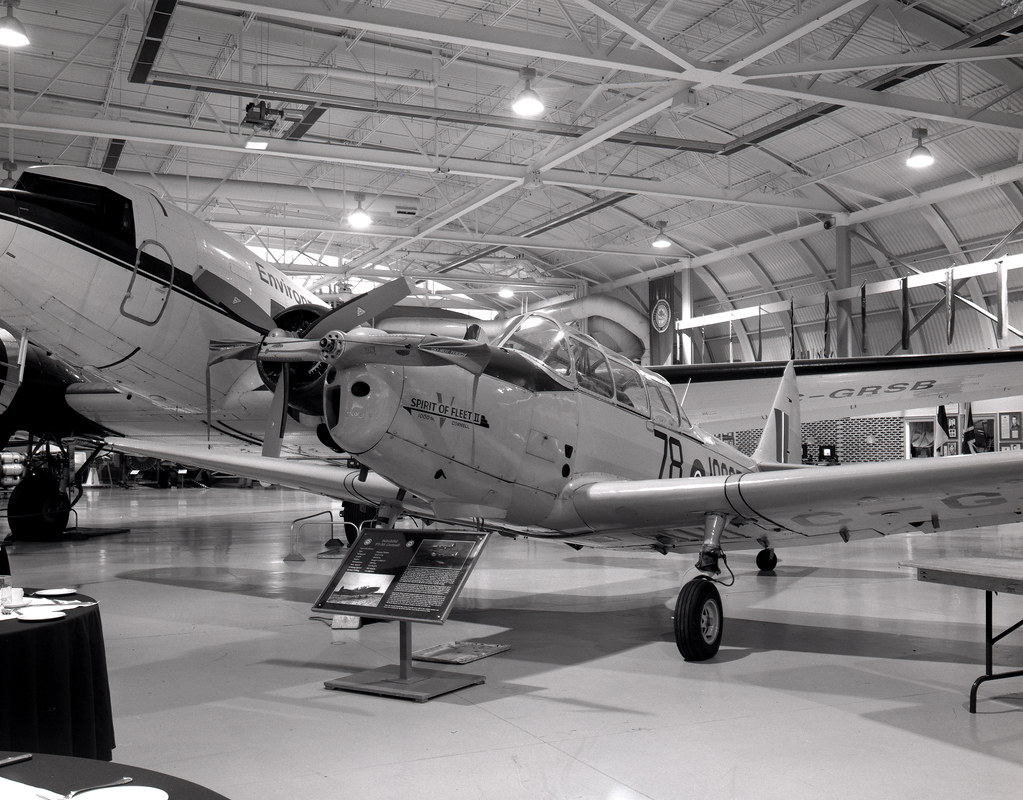 Fairchild Cornell Mk. II – Acquired by the Museum in 1979 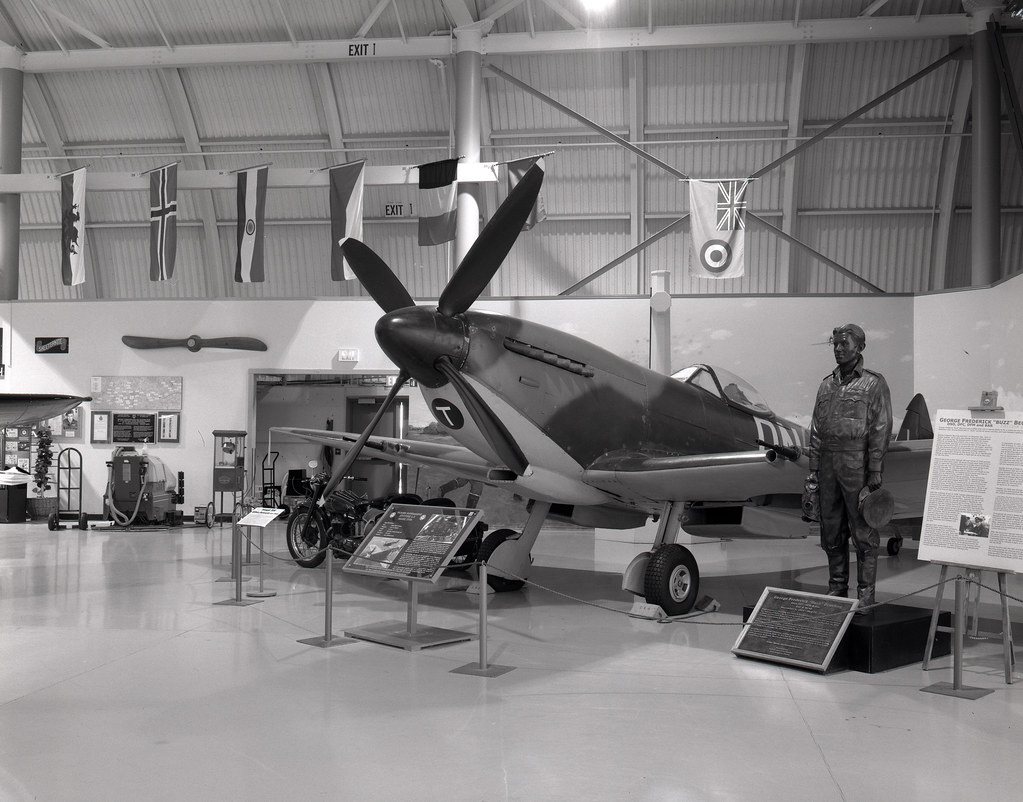 Supermarine Spitfire Mk. XVIe – On loan from the Canada Aviation and Space Museum in Ottawa, Ontario

Another neat part of the museum is that many of their aircraft are flight worthy! Plus you can watch skilled volunteers work on maintaining their fleet and restoring new acquisitions to the collection! Many have been in the process of being restored for decades, so it’s fun to go back and see how far they’ve progressed since the last visit. 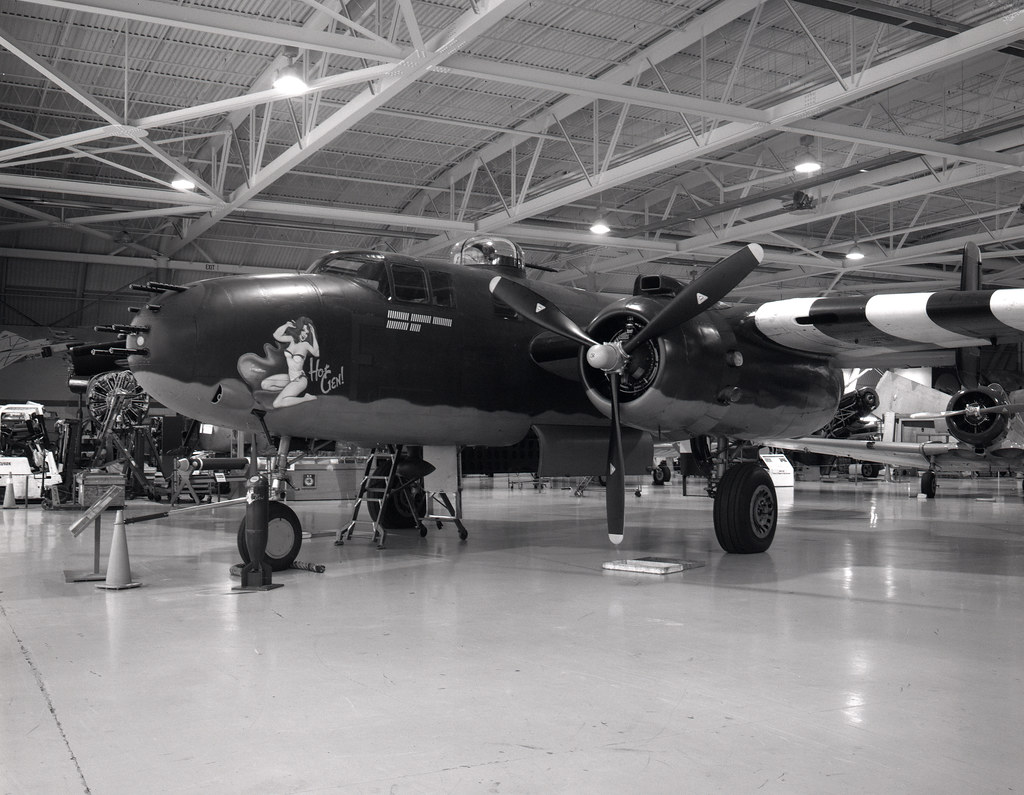 North American B-25J Mitchell III – Acquired by the Museum in 1975, although it never saw combat in WW2 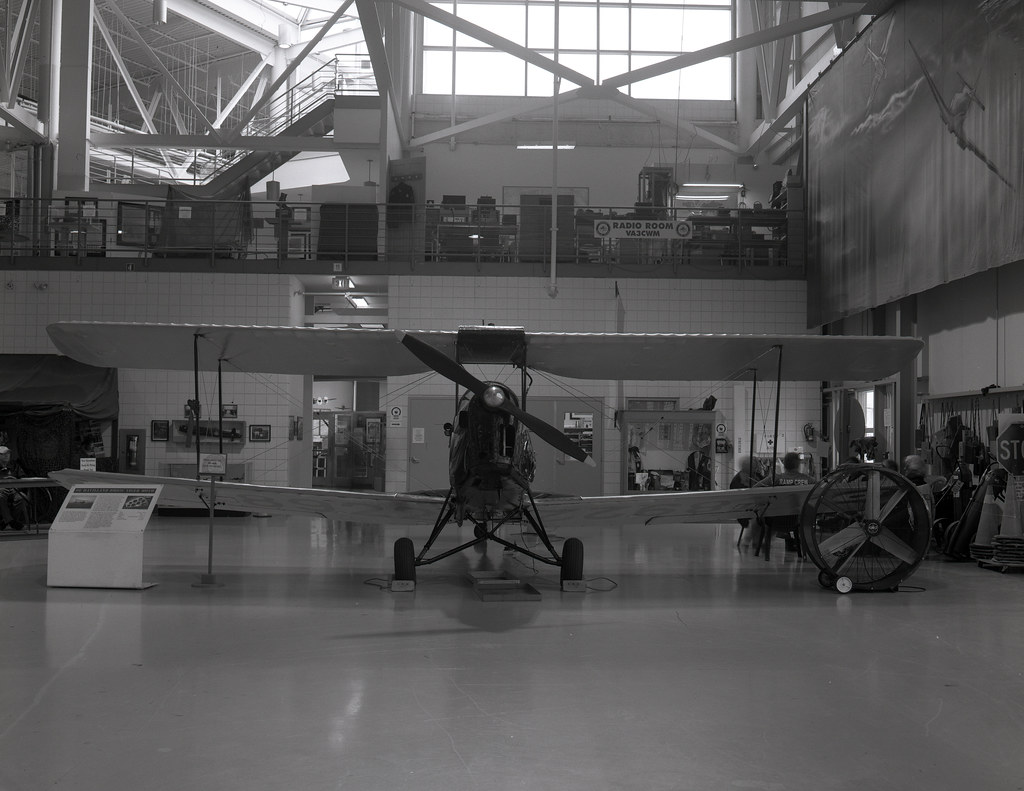