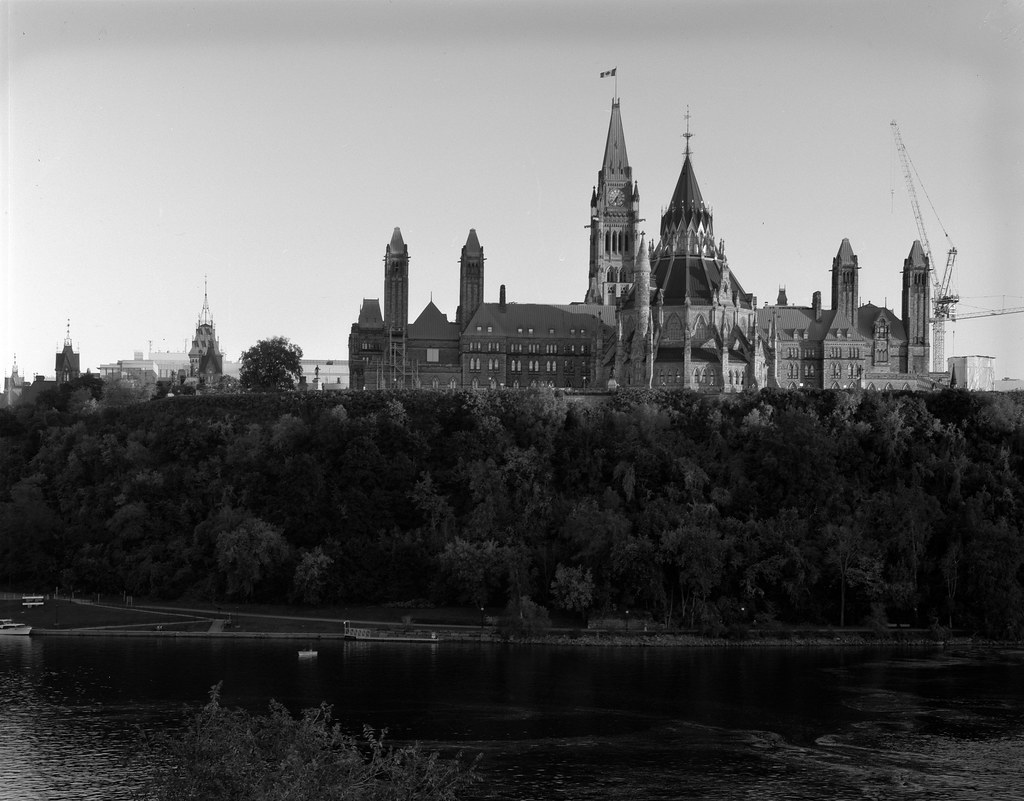 Parliament Hill standing tall above the rush of the Ottawa River. While many a photographer would choose to shoot this building head on from the front, it took me a bit to find a proper vantage point from my favourite angle, the one that faces the Ottawa River mostly so that you can get a glimpse of the Library of Parliament, that round conical structure. My first choice was from across the River in the park surrounding the Museum of Canadian History (Museum of Civilization), but that wasn’t it, okay well how about in the heights on Nepean Point…so I lugged the gear across the bridge, up the hill and no still wasn’t what I was looking for. Finally the little observation point just on the Ontario side of the Alexandria Point Bridge, and there it was. My camera actually ended up being a little bit of a tourist attraction with several people posing with it pretending to use it and the such. Now the Centre Block for the most part is not original! The original structure completed in 1876 (construction started in 1859) was slightly different, specifically the tower at the front. This building, save the Library, was destroyed in a fire in 1916. The new Building seen today was completed in 1919, and the Peace Tower was completed in 1927. The Library was saved by the swift actions of the librarian at the time in closing the metal doors protecting the Library. I’d also like to introduce the latest addition to my Large format kit the Schneider-Kreuznack Symmar-S 1:5.6/210! While I still have my wonderful Kodak Ektar 203mm lens this gives me a modern portrait lens with a PC sync socket to use off camera flash units.