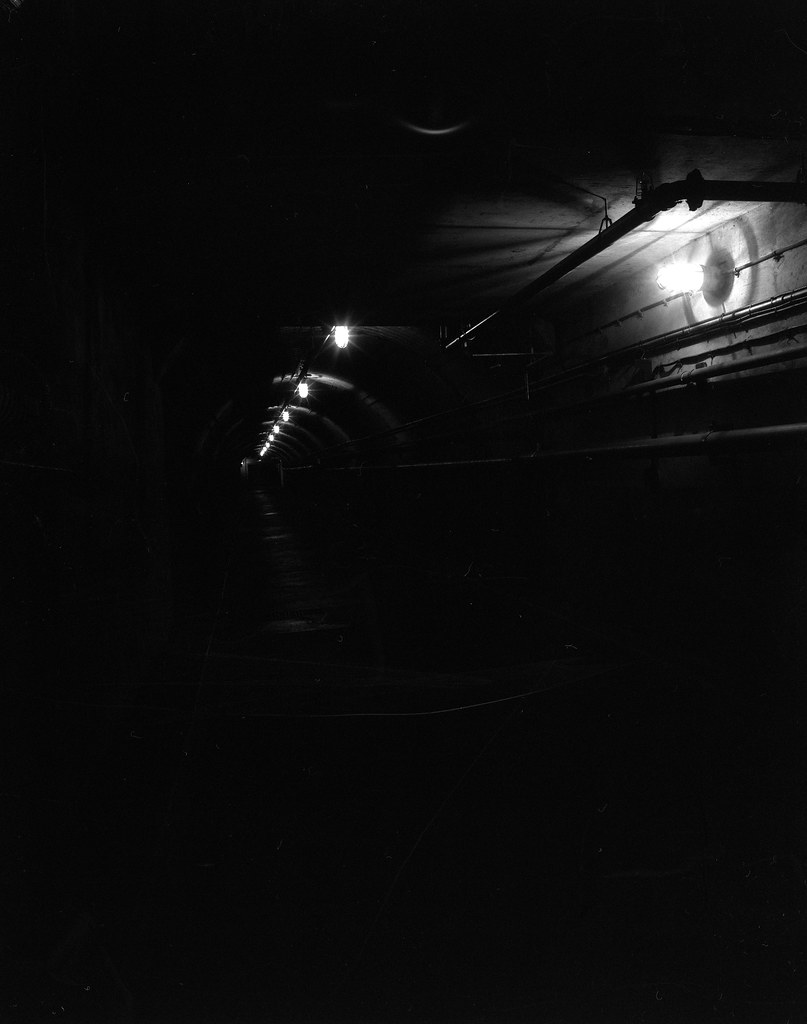 The Iron Curtain, The Red Scare, Nuclear War, Ruskies, Commies, Berlin Wall, Spies…Sounding Familiar? Even Canada was affected, so much so that our Prime Minister at the time, John Diefenbaker ordered the construction of a series of bunkers that would house the civilian government in the event of Nuclear War, they were collectively known as Diefenbunkers. Only one got completed, and in 1962 Canadian Forces Station Carp went online. The other 49 were either not finished or partially completed. When the cold war ended in 1994 with the collapse of the Soviet Union the station was decommissioned, it reopened in 1998 as a Museum and is open today for public tours to teach about Canada’s involvement in the Cold War. Pictured (sort of) is the entrance blast tunnel, the actual bunker entrance is several meters down. However the meter I selected is I think, on the way out so it’s really just the lights, but still gives a creepy look eh? The Bunker is well worth a visit if you’re in the area or passing through to and from Ottawa, check out their website: diefenbunker.ca/!