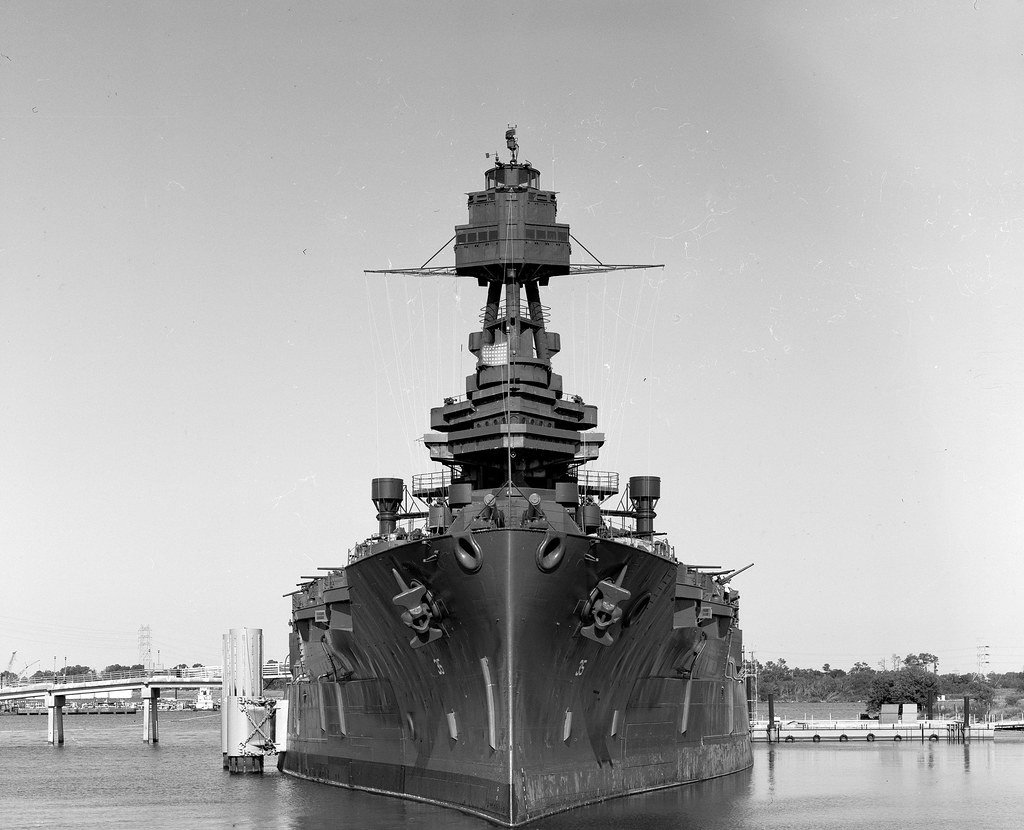 In the years preceding the first world war a new sort of arms race was looming, the battleship. One specific battleship, HMS Dreadnought, the first all big gun battleship in the Royal Navy. Soon all other powers were scrambling to match the size, armour, and armament of the Dreadnought. The United States Navy was not immune to this new global arms race. Sadly today most of these awesome displays of naval power are long gone, include the lead ship, the Dreadnought herself, but one still remains. The New York Class Battleship USS Texas. Construction of the Texas began in 1911, launched in 1912 and commissioned as BB-35 into the United States Navy on the 12th of March, 1914. Her first action was service in the occupation of Veracruz, she also participated in the rescue of passengers aboard the disabled cruise liner SS Rijndam. When the US entered the First World War, the Texas steamed for Europe and served in several battle squadrons but never saw much in the way of combat, operating mostly as escort. Over the course of the 20s and 30s the Texas was upgraded to how she appears today, mounting ten 14″ guns arranged in five batteries, six 5″ guns, ten 3″ and ten 40mm guns for anti-aircraft support along with forty-four 20mm cannons. Coal boilers were replaced with oil, and she was ready for action. During the Second World War, the Texas was part of Operation Torch, Operation Overlord (including bombardment during D-Day), the Battle of Cherbourg, Operation Dragoon, and Operation Iceberg. Following the war she was mothballed and eventually decommissioned and her named struck from the register in 1948. But that wasn’t the end of the Texas, she was purchased by the State after which she was named and was officially turned over to the state on the 21st of April, 1948, at San Jacinto State Park. Both the date and the location are significant to the State of Texas for it was on the 21st of April, 1836, that at San Jacinto; Texas won her independence from Mexico after defeating the armies of General Santa Anna. Over her thirty-four years of service the Texas won five battle stars, and eight medals. And while she is classed as a battleship, I will still call her Dreadnought.