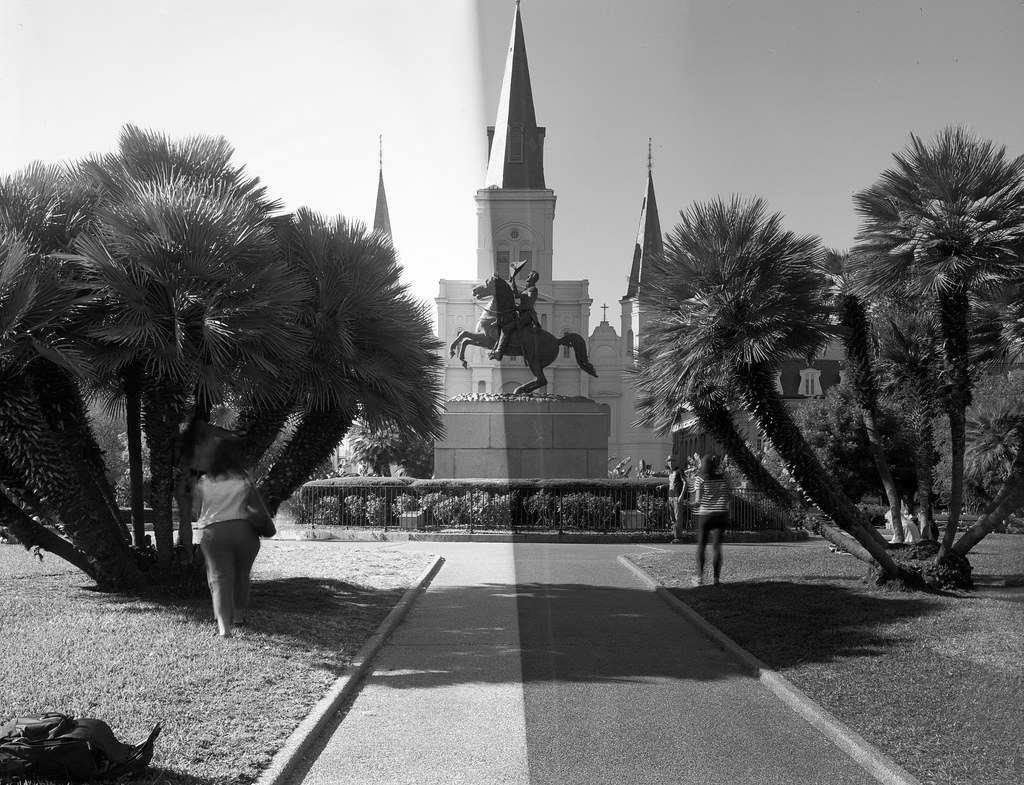 I was very happy that I was able to make it down to New Orleans during the bicentennial years of the War of 1812, even though I cut it awefully close. But here he is, immortalized in Jackson Square, President Andrew Jackson. Jackson was the general in command of the defense of New Orleans during the British assault on the city, which through his actions and poor planning and leadership on the British side won the battle for the Americans and propelled Jackson to the office of the President. And here he sits still today very close to the French Quarter. I wish I had more time to explore the area but I was on a slight timeline to get out to the actual battlefield outside of the city before dark. As for the strange look of the shot, that’s because I poured in the chemistry into the tube, set the timer and forgot to turn on the rotary base. I only realized this after the ten and a half minutes…I poured out the chemistry, put in a stop, then remixed the chemistry and sent it on it’s way. It turned out funny but okay. Thank goodness for Tri-X.