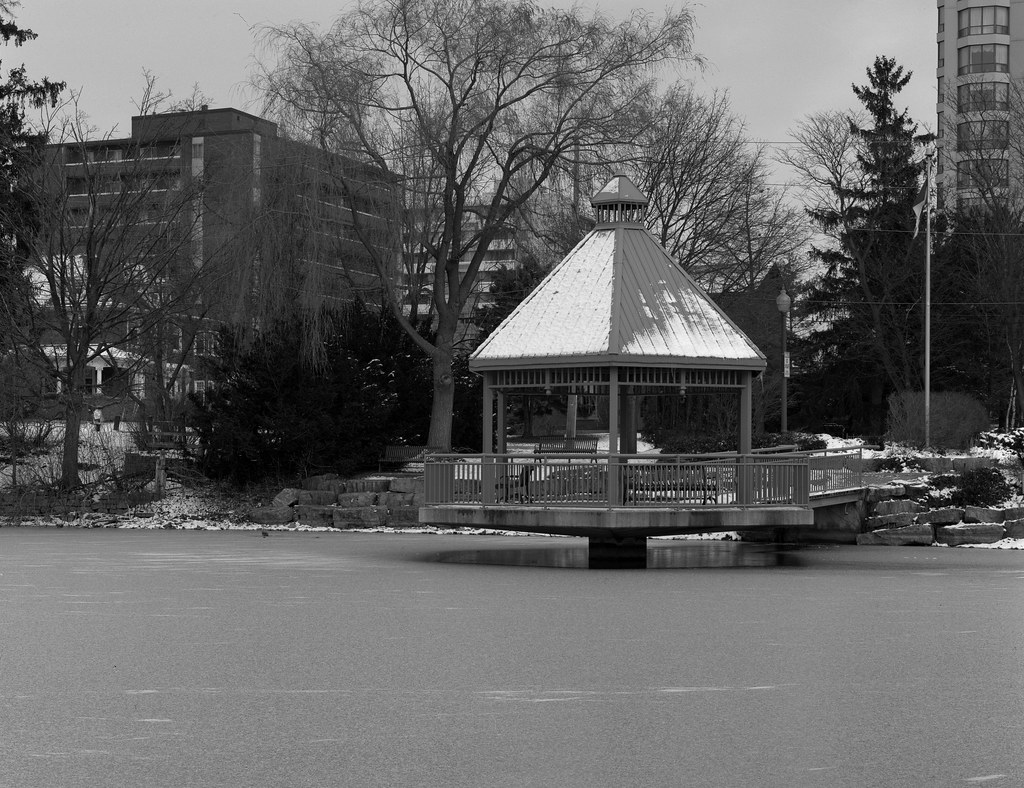 So the rather odd title comes from a story a friend tells of a D&D (Dungeon’s & Dragons) match where one of the players doesn’t actually know what a Gazebo is, and proceeds to think it a mystical creature, the DM (Dungeon Master) fed up by the player informs him that the Gazebo comes awake and kills him. Don’t worry, this gazebo is asleep and hasn’t been pushed into action. Yet. But after several weeks of wanderings I’ve come back home here for week 48 and the gazebo that sits out over the Mill Pond. Also this happens to be where the town of Milton originally sprung up when Jasper Martin established a grist mill in the mid 19th century. The mill sadly burned to the ground in the 1960s and nothing remains of it today. This was also the first time using Kodak Microdol-X as a developer for film (after testing it out on a sheet of Plus-X to double check the old packet I got worked), I’m pleased with the results, but didn’t find anything special about it. There was noticibly less grain, but nothing that Xtol can’t do really. While Kodak has stopped production of Microdol-X you can still get a similar developer from Freestyle: LegacyPro Mic-X.