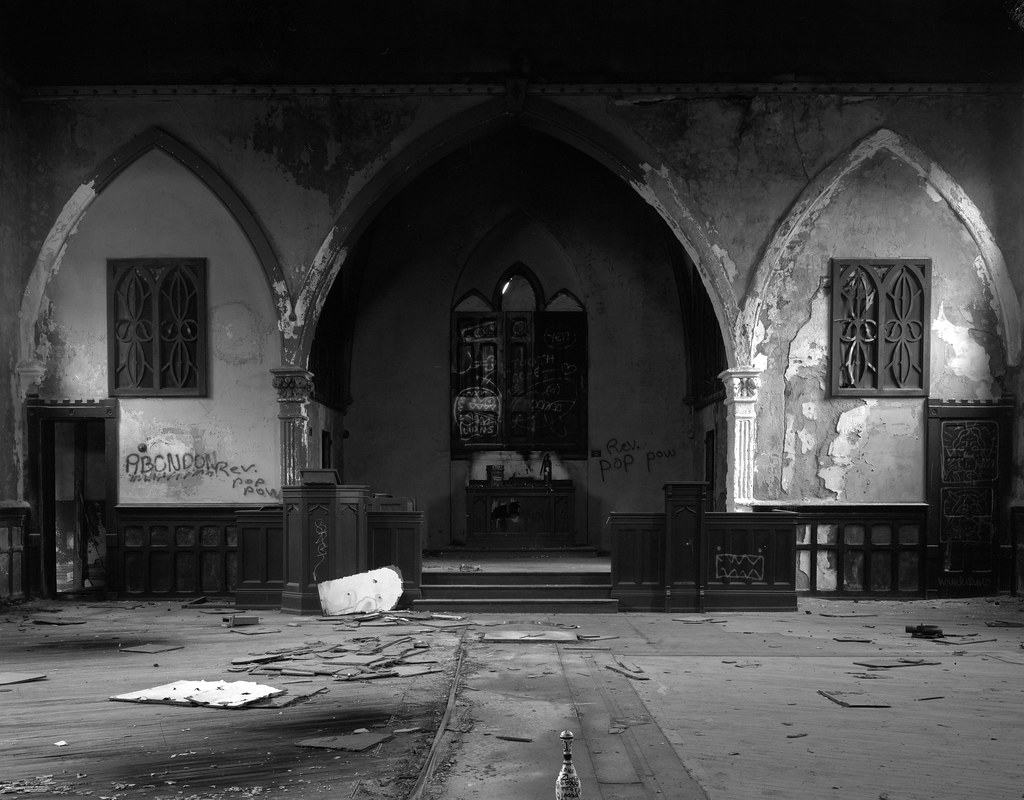 Oddly enough one of my other hobbies has managed to avoid this project, that of exploring abandoned buildings. Week 49 I was down in Cincinnati for the fourth annual Very Cincinnati Christmas event. The opening location was the former First German Reformed Church. Built in 1850 in the mainly German-American west-end of the city the church thrived until changes swept across the nation in the 1960s and the congregation sold their beautiful limestone and brick building and a new church worshiped there, the Freeman Avenue United Church lasted from 1970 to 1975 before closing the doors as well. The building, like many abandoned for decades changed hands in 1993 and again in 2011. Sadly not much had been done since the roof was stabilized and time again is taking its toll on this once beautiful building. But now it has a beauty of its own. You can see more photos from the church here.