For those who don’t know who New55 is let me give you a brief run down. It all started with Polaroid, in the not so distant past Polaroid produced a beautiful instant film material in 4×5 single-shot sheets called Type 55. I’ve had the pleasure of shooting this material and still have one box left that I really should buckle down a shoot, but anyways. Type 55 was a unique animal among the Polaroid products in that it produced both a positive instant print similar to what you’d get from a Type 100 camera but it would also produce a usable negative that could be scanned or enlarged as you saw fit. But like all things that started with Polaroid Type 55 came to an end, much to the sadness of many photographers (probably the one hardest hit I think was friend and fellow film nut Polly Chandler). 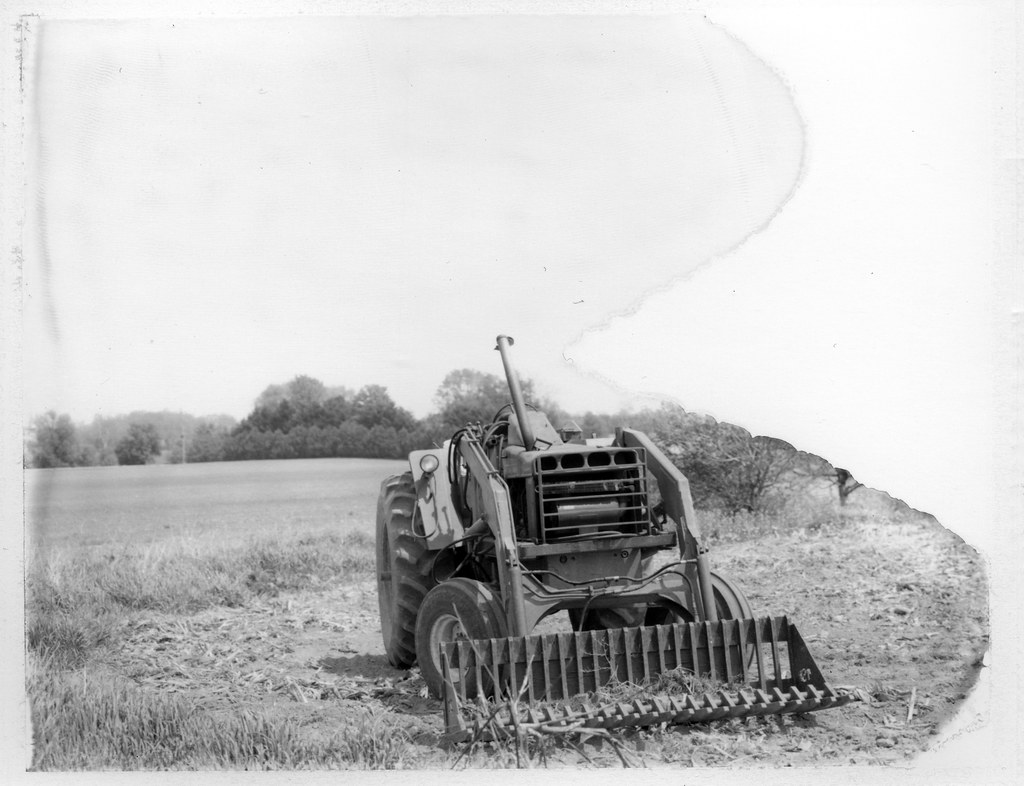 From my second to last box of Type 55

But here’s where it gets interesting, a group of scientists and photographers decided that they would bring back a Type 55esq film, but one designed for the 21st century. New55 Holdings LLC or simply New55 got to work. The trouble with Type 55 was that the chemistry used was pretty nasty and in today’s world where sustanablity is key, they set out to create something brand new that would bring the magic back. I mean, Impossible Project did it with Instant Integral formats, but didn’t have the machines for the single-sheet 4×5 instant materials. 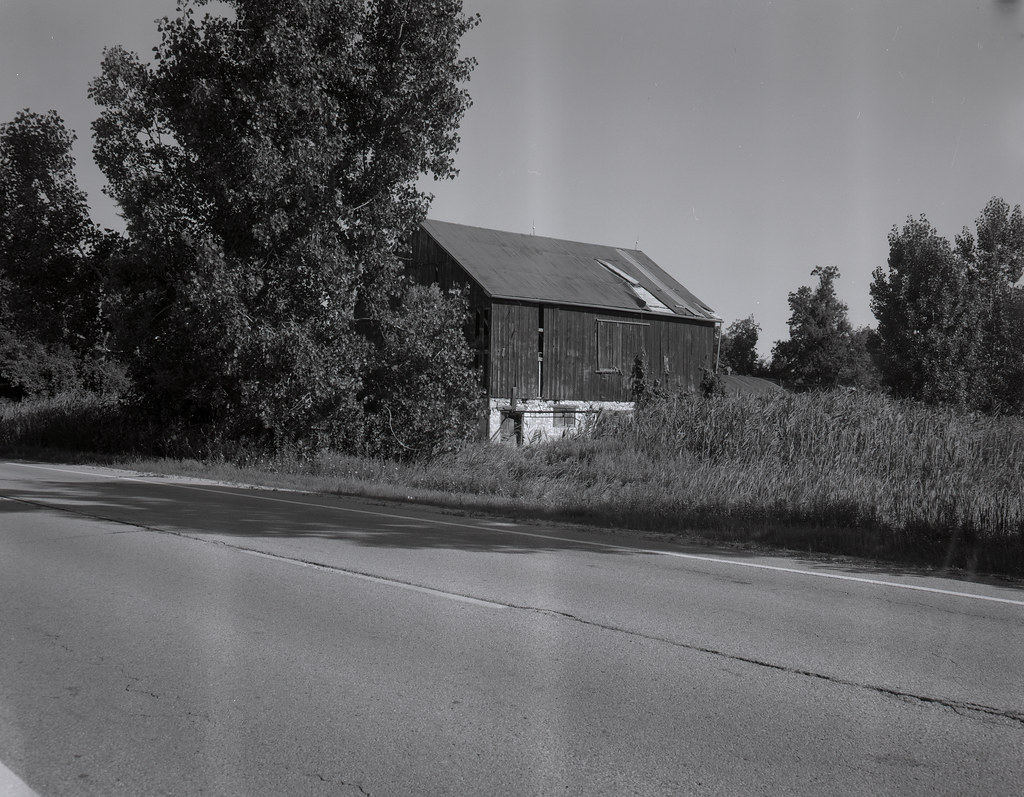 So the fine folks at New55 got to work, and they worked hard, tirelessly almost. They had a successful Kickstarter campaign to bring them closer to their goal. I was sad that I couldn’t contribute to that one due to budget restrictions. But now that things are a little more stable I figured it was high time to throw some money their way to help keep their goal of re-inventing this fine product. And here’s the kicker they have a viable product! I just haven’t been able to get my hands on their New55 PN product, but I did pick up their 1SHOT material. 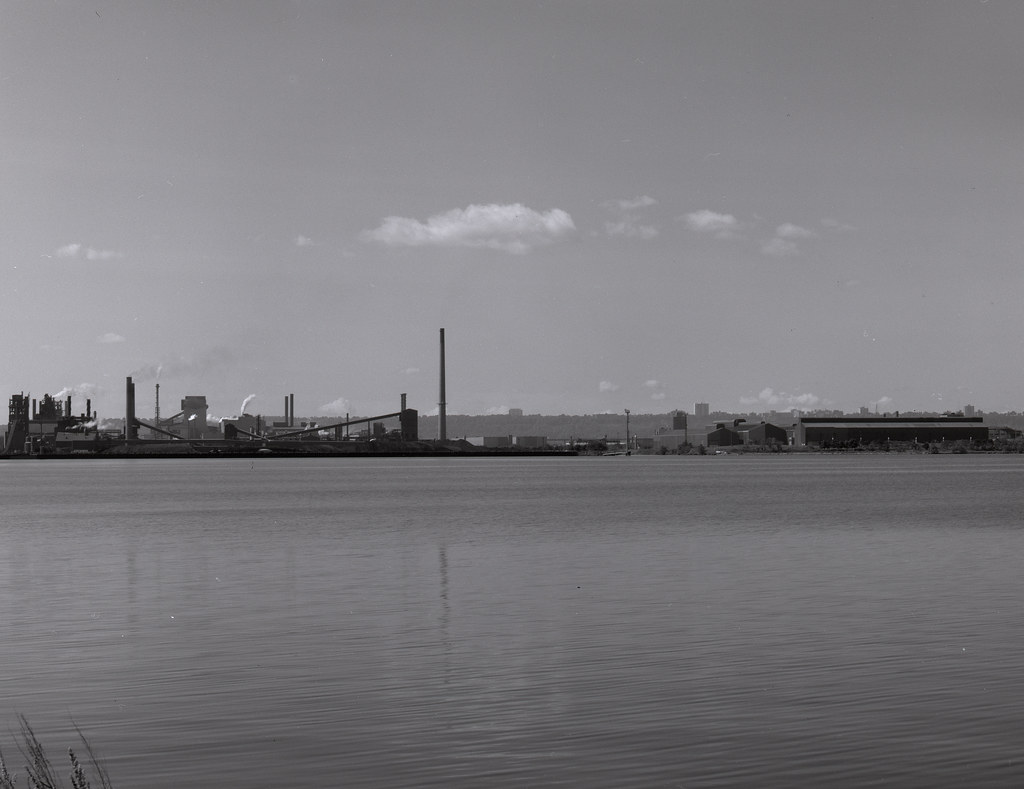 1SHOT is a single shot 4×5 negative loaded into it’s own holder then used with a 4×5 camera with a Polaroid 545 (I used a 545i) holder to shoot it, all self-contained then developed normally using their R3 Monobath or regular developers. The film loaded inside is the Atomic-X emulsion (isn’t that a kick-ass name?) that New55 developed to power their instant film product. It hearkens back to the day with Kodak and Fuji quickloads. So I picked up a pack of five sheets and hit the road. 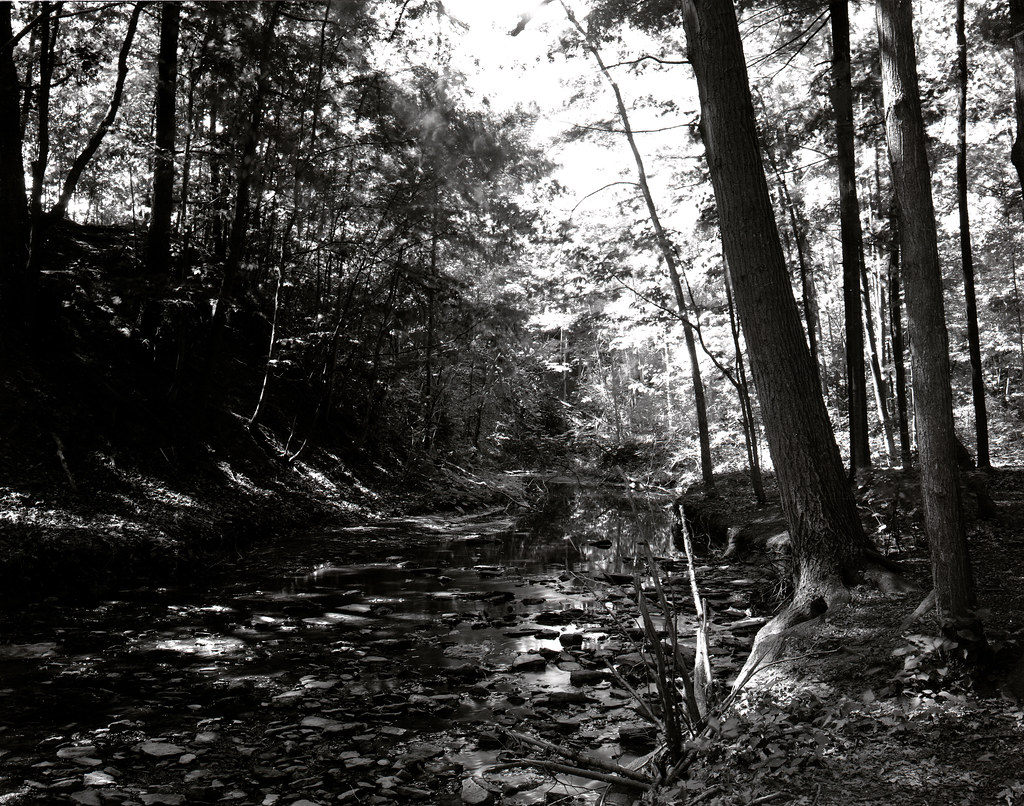 Sometimes you gotta watch where you meter

The next step was to figure out how to develop these things, I had my own personal monobath, HC-M, but I really wanted to get something that used a regular developing cycle and constant agitation. I had found one time on flickr for ten minutes in Xtol (1+1) with shooting the film at ASA-50 (normally it’s ASA-100), but that seemed far too long for constant agitation. I found another example for xtol at the same dilution but no times, so I asked…then waited. And finally a response and one that I was actually hoping for, “I justed used Plus-X times.” Perfect. 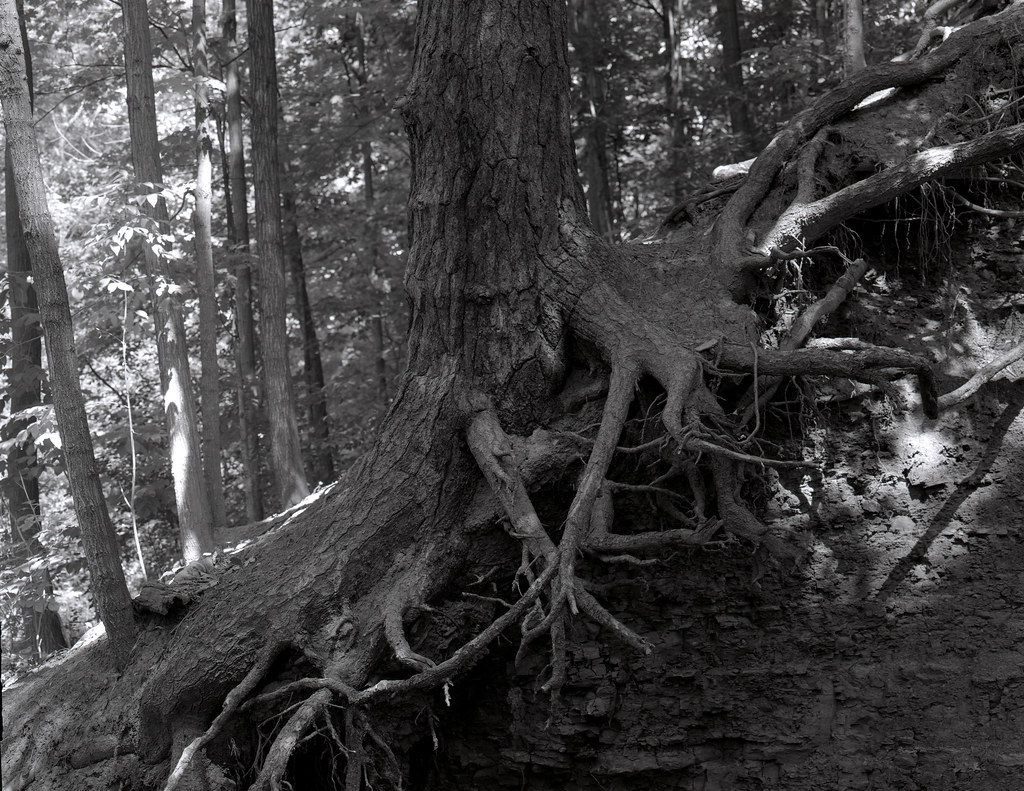 The shot that made me want to use this film more.

So what are my thoughts after shooting through one pack of film? I love it, this is the perfect blend of three favourite films of mine, it really is. You have the contrast and tonal range of Plus-X, you have the super-fine grain of Panatomic-X, and the grain structure of Tmax 100. I mean what’s not to love. Plus you can probably use Plus-X times for most developers. I guess I’ll have to try it out with the next batch of film I buy. Add to this that all parts of the envelope are recyclable, even the metal clip. And it is important that you buy from New55 because every purchase fuels the further development of their Instant product! You can get more details at their site: www.new55.net.