Ah yes, the winter, cold, snow, and frozen shutters. Back in January, a small, brave group from the Toronto Film Shooters community decided to head out to Milton’s Hilton Falls Conservation area. I, deciding to ignore my own advice brought my Crown Graphic along for the trip. 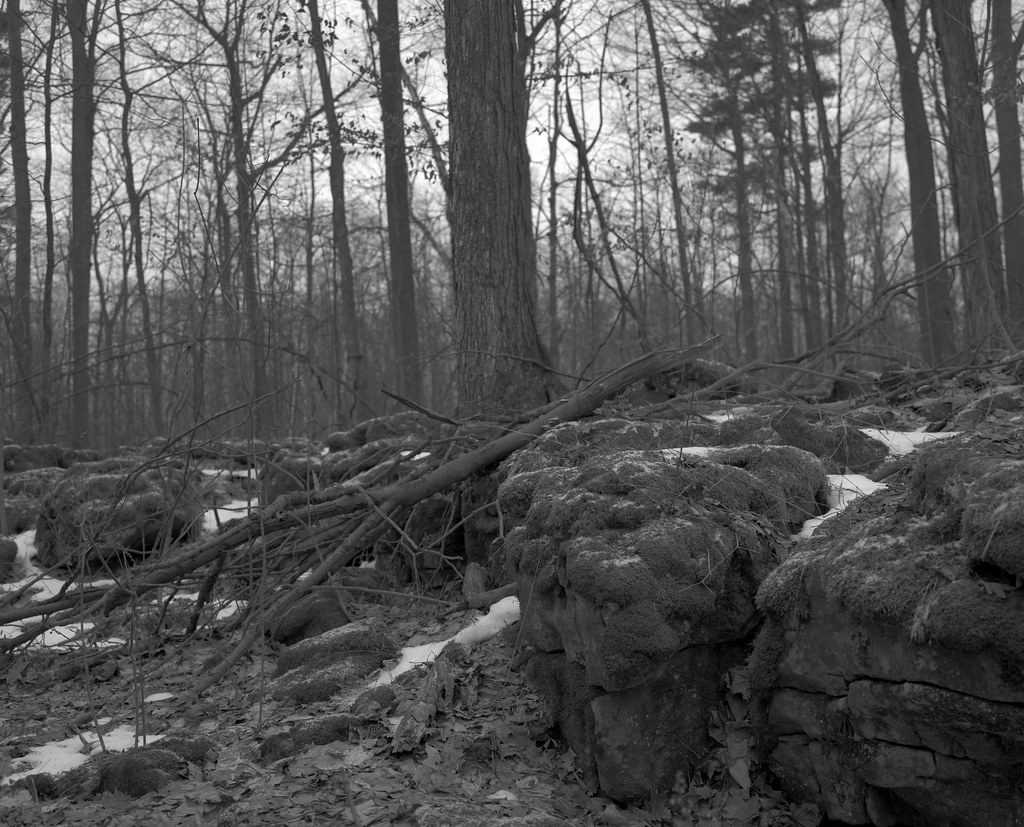 While we had a decent snowfall at the end of December, a warm spell through early January melted everything, and when the temperature dropped, everything was frozen over, and the trails were ice rinks. I was started to think I should have brought a simple 35mm camera to run with. Despite this, it was good to get out with the 4×5 again. Since the loss of my Intrepid I haven’t been shooting much, but this walk got me back into the game because I now have access to all my lenses. 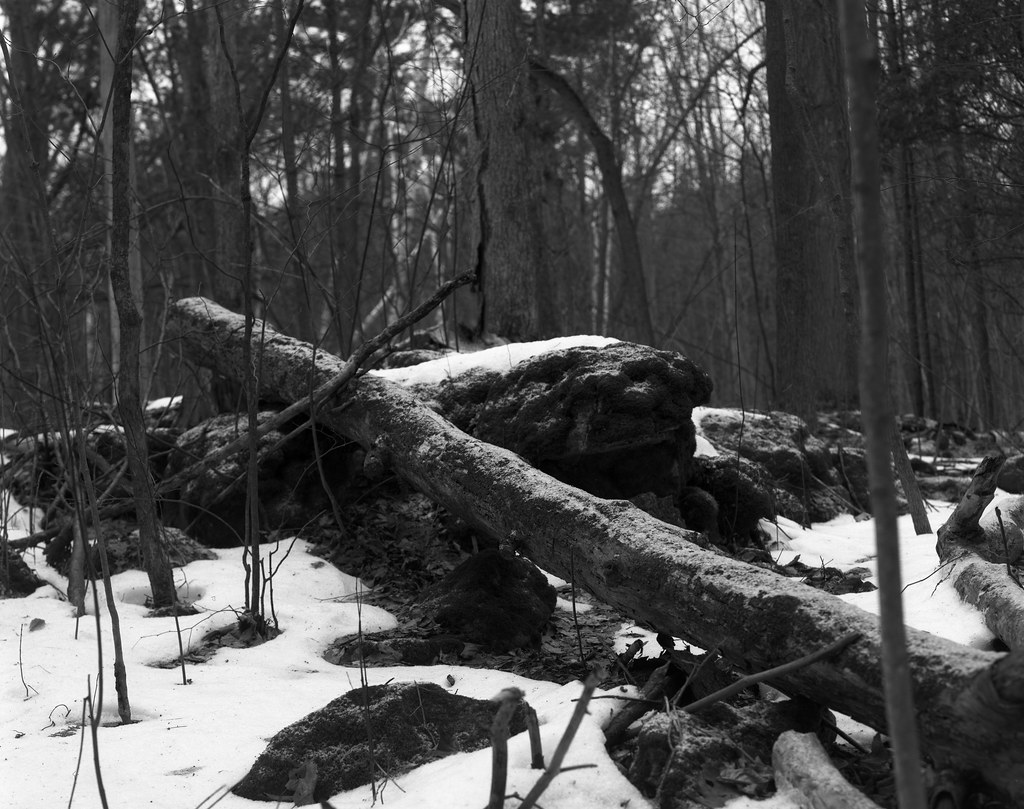 One of the more interesting gems I brought along is a lens I picked up a while back. A 1921 Kodak Anastigmat f:7.7 170mm. The Anastigmat design was first released in 1914 based on a four element Dialyt design, like the Goerz/Schneider Artars. I was, of course, hoping for some strange look about the image, but for an old lens, it was pretty sharp. And the shutter speeds seemed to still be on point. 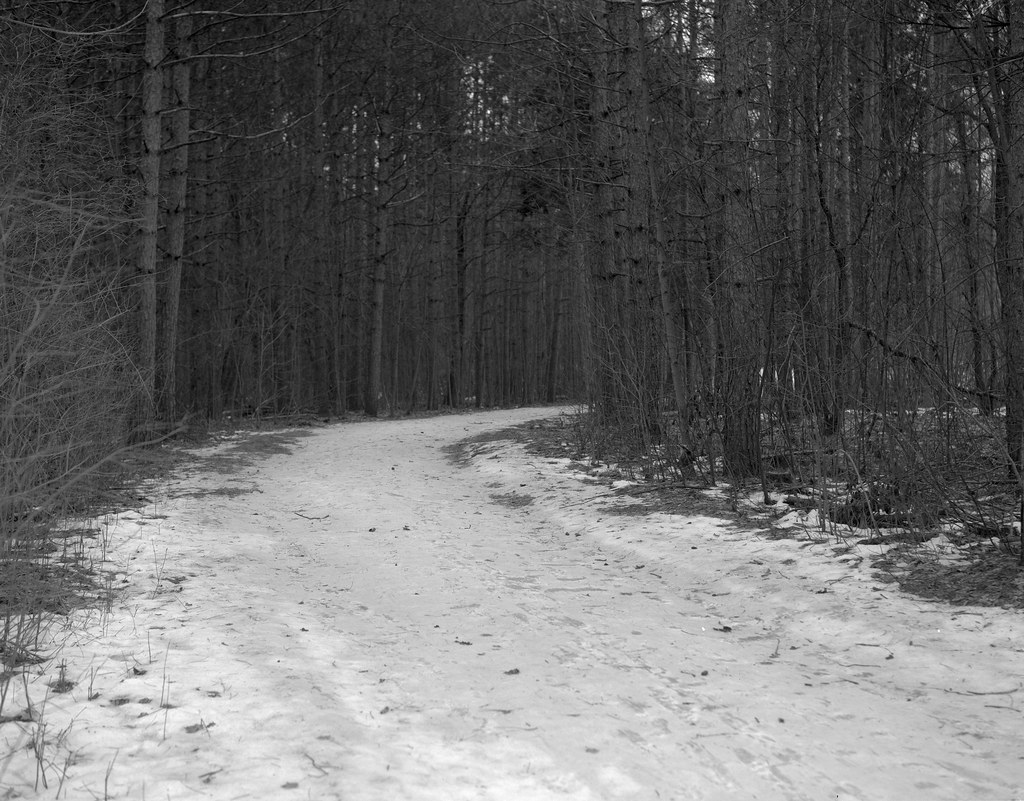 There was one good thing about the melt; the water was flowing nicely over the falls. Which made shooting at f/64 all the sweeter to catch that falling water. 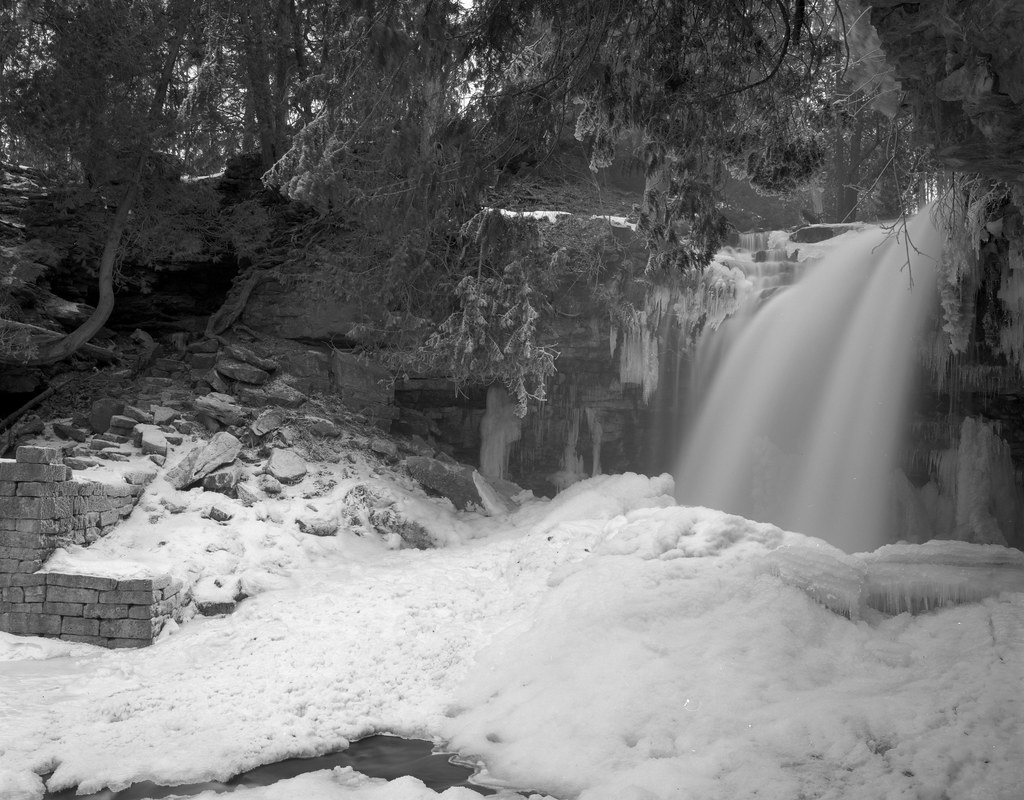 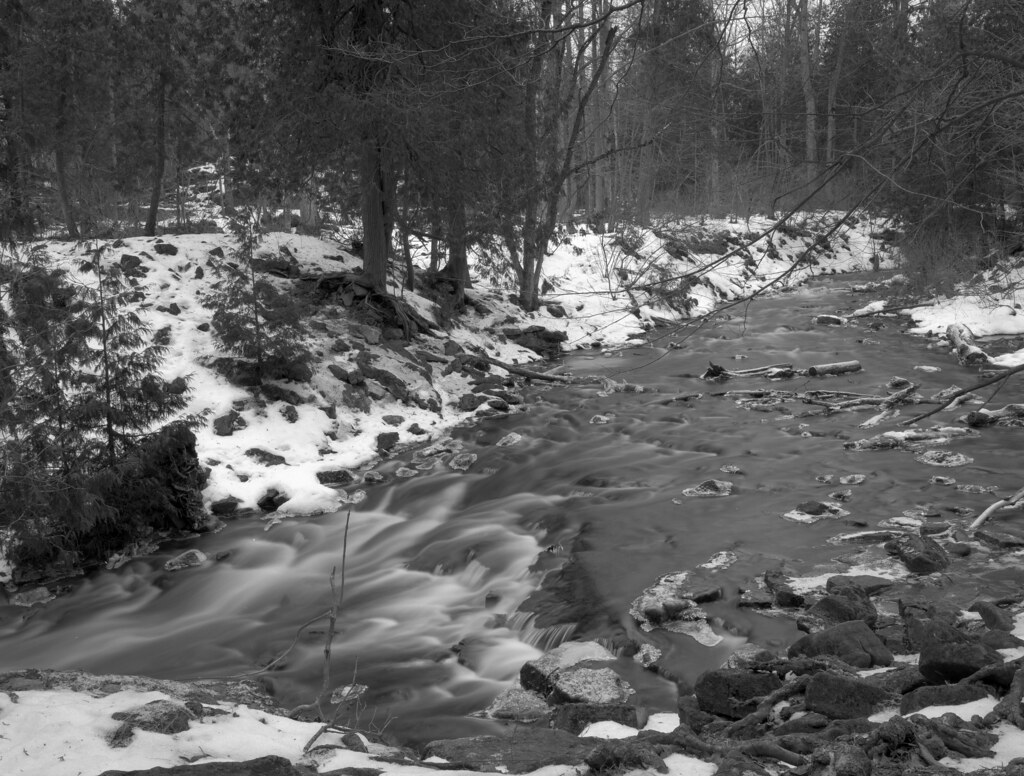 Hopefully, I’ll make a trip when the weather gets warmer so that my shutters won’t complain as much.