Two Stops Over and Straight On ‘Til Morning. 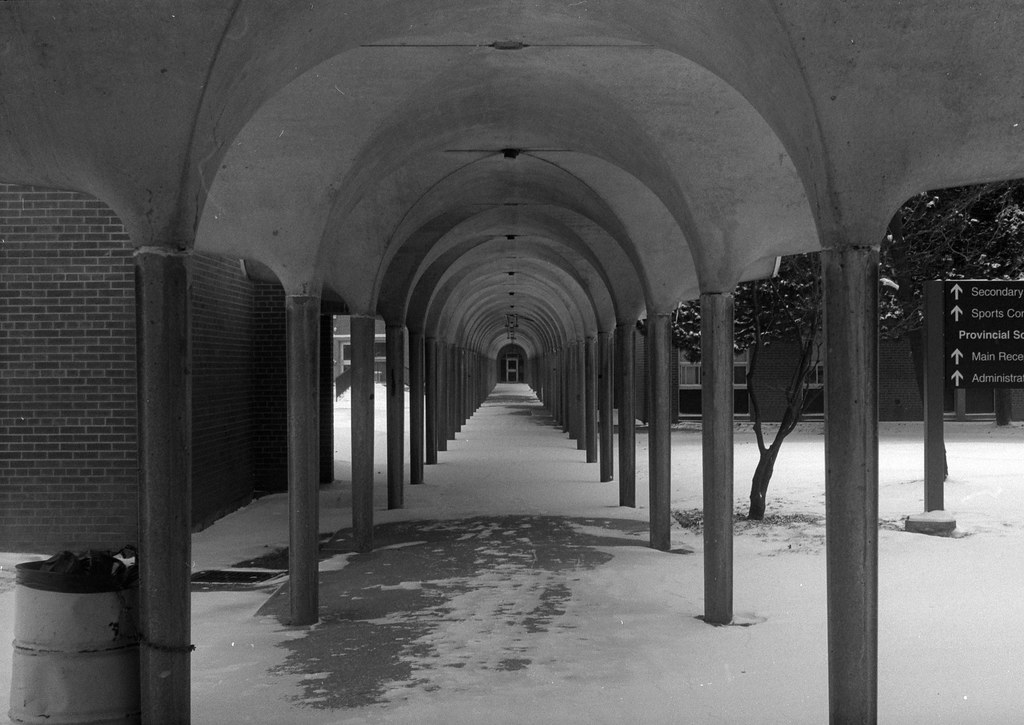 Ah yes, the mantra of Expired Film Day. EFD is the brainchild of fellow film photographer Daniel J. Schneider. The day is a celebration of shooting and enjoying the wacky results you get from shooting expired film. I tend to shy away from colour films mostly because of having to send them away for processing. So this year I had a pile of the mid-1990s expired TMax 100 floating around to shoot. Most Kodak B&W films are fairly stable, and you could shoot them at box speed if you wanted and get good results. I know because I’ve been using the film to try out cameras for the Classic Camera Revival Review blogs. 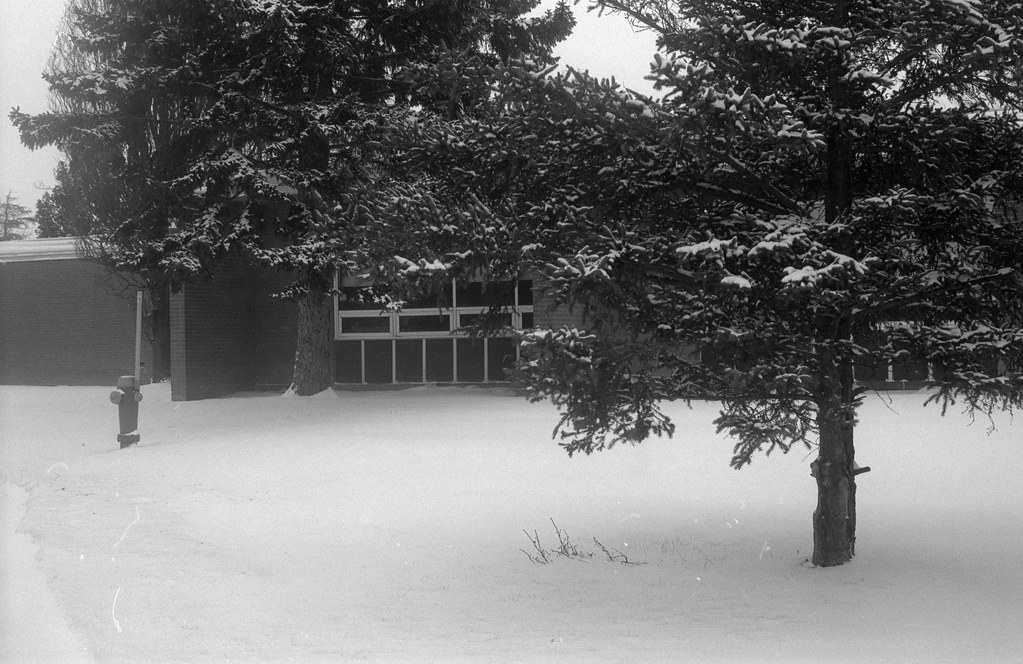 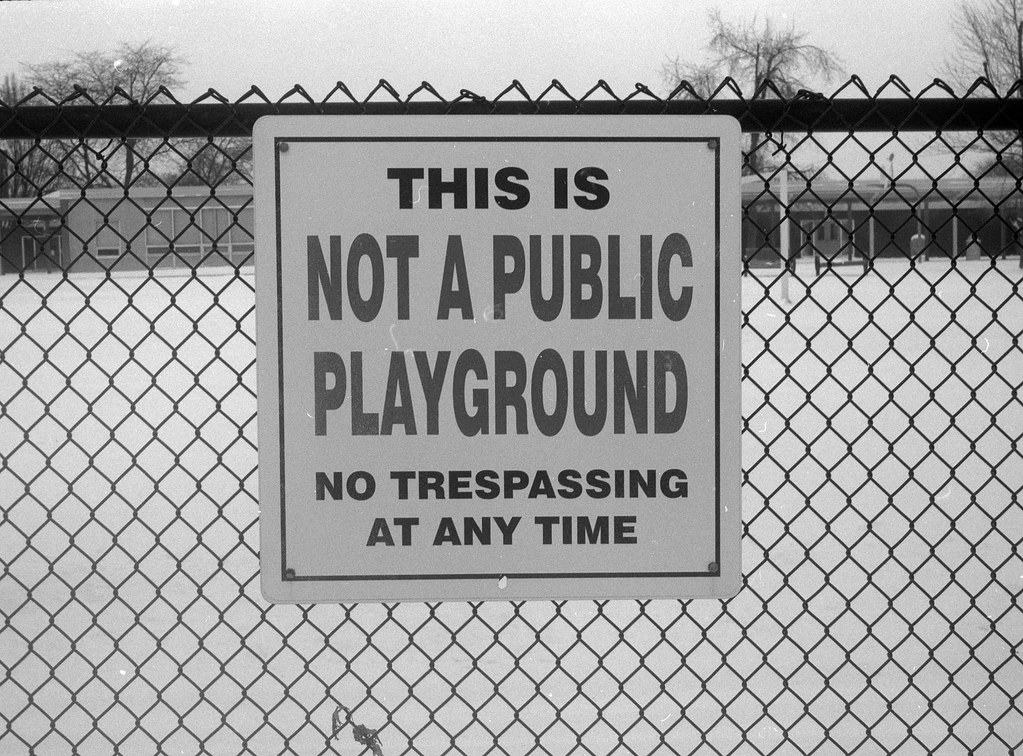 To make matters a little more interesting, we recently got hit with a big winter storm which turned our near Spring area into a winter wonderland, and a cold snap forced me to make some different choices when it came to going out and shooting. Ditching the idea of taking out any camera or meter with a battery because I figured it would be at least an hour to walk and shoot in the awful weather I settled on an old war standby. The Contax IIIa and mounting a 1942 era Carl Zeiss Jena Tessar 50mm lens, as for a meter it was the Gossen Pilot. 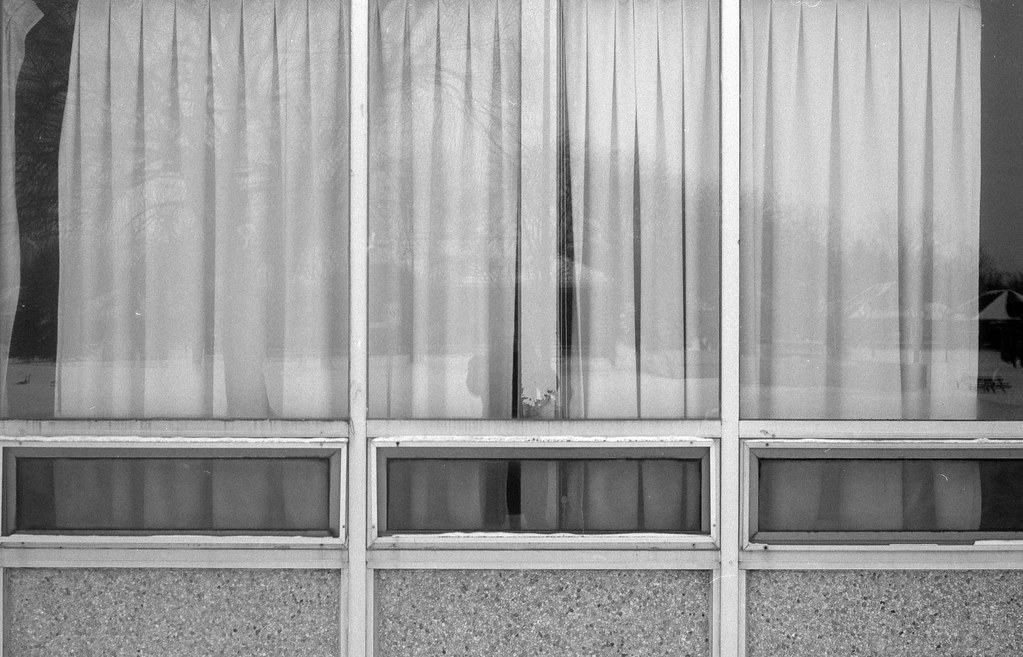 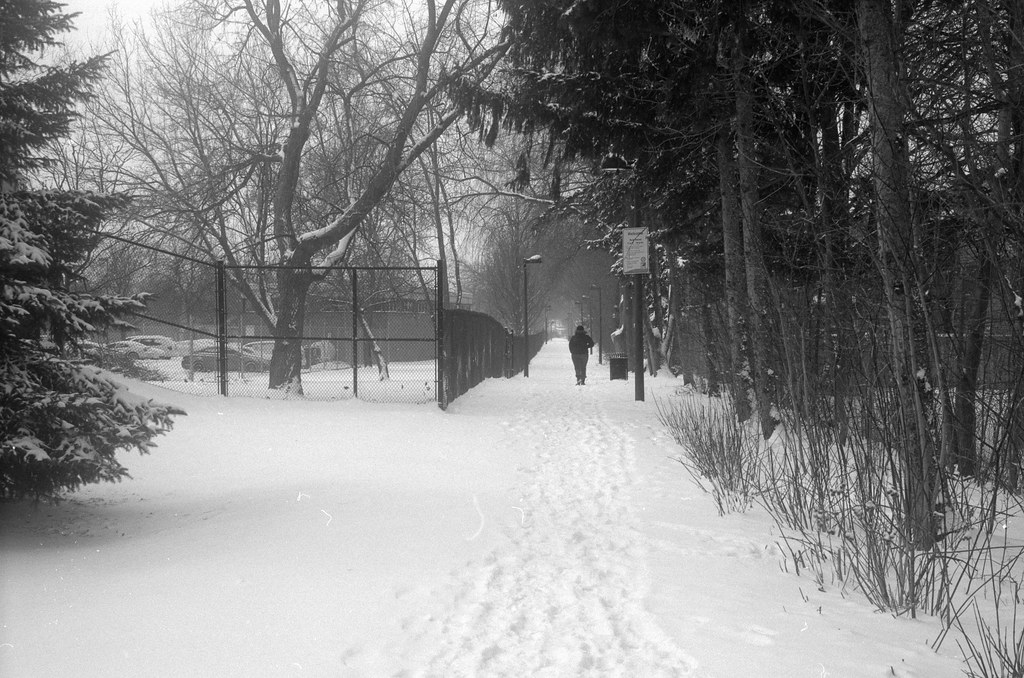 There was a plus to all this, the overcast sky and bright sun behind the clouds made the light bright but even making metering fairly consistent no matter what I was shooting. As for the subject, I decided to take to my old stomping grounds, the campus of my former High School. This was where I started with serious photography, often taking time between classes to figure out my newest camera. I was pretty frozen by the time I made it back, but the camera had survived. The older lens gave everything a bit of a hazy look about it which only added to the strangeness of EFD. Maybe next year I’ll plan it out better to have a batch of colour negative waiting for developing and then shoot some expired slide film and Xpro it! 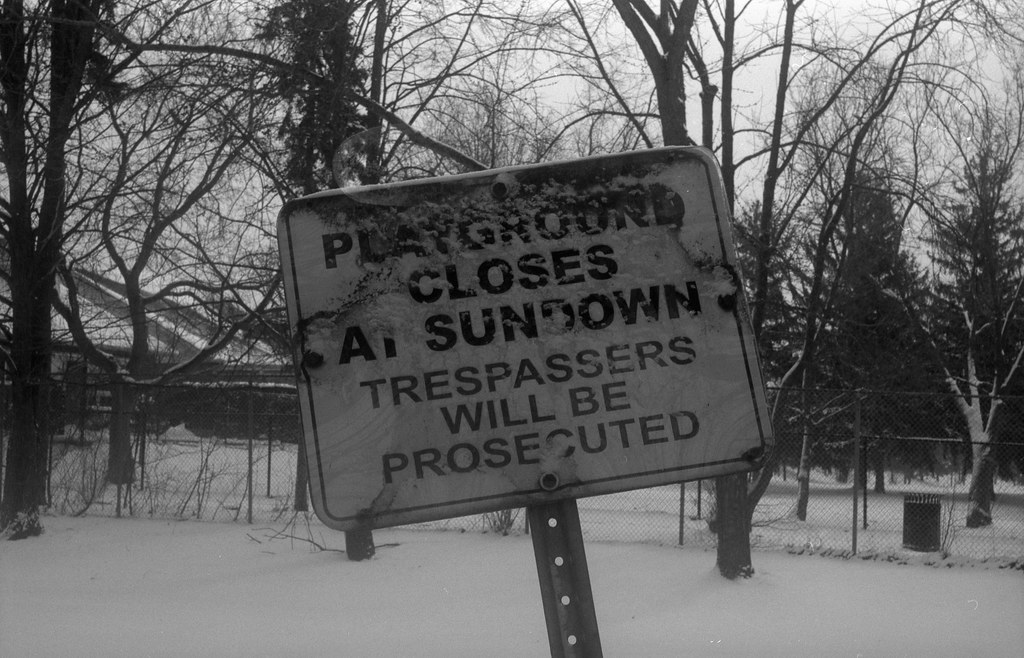 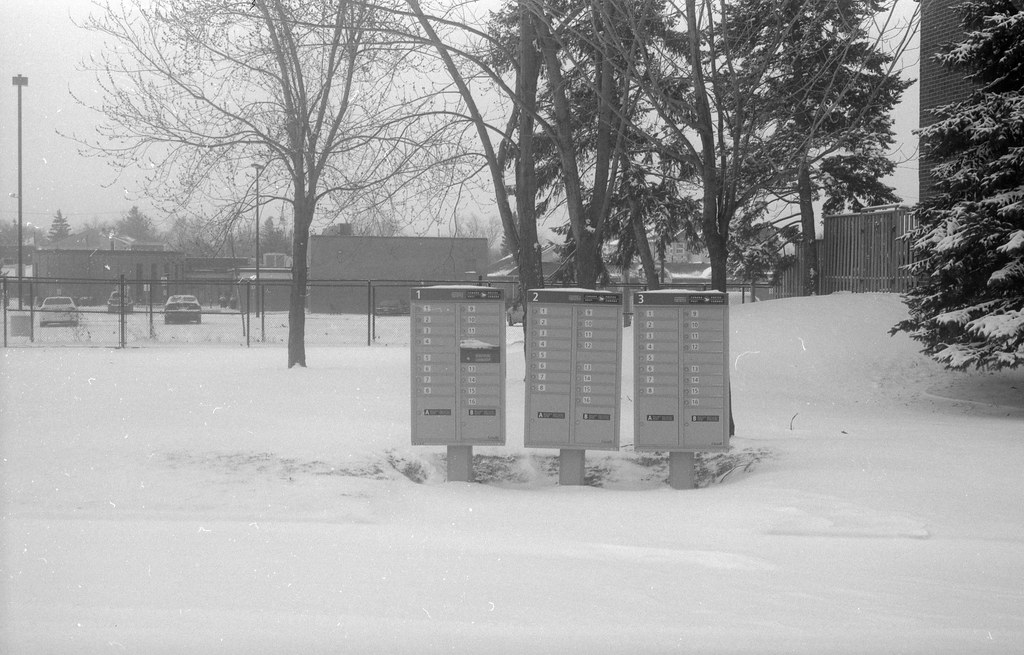