The April TMax party happened to fall right into the perfect schedule with the Spring 2017 Toronto Film Shooters Meetup falling right into the shoot week! After careful consideration and having moved many of my cameras over the condo where I’ll be living before the month is up (actually next week once Heather and I get back from the honeymoon). I settled on my trusty Hasselblad 500c; it has been seeing a little less use this year after getting a lot of love with the 52:500c project. 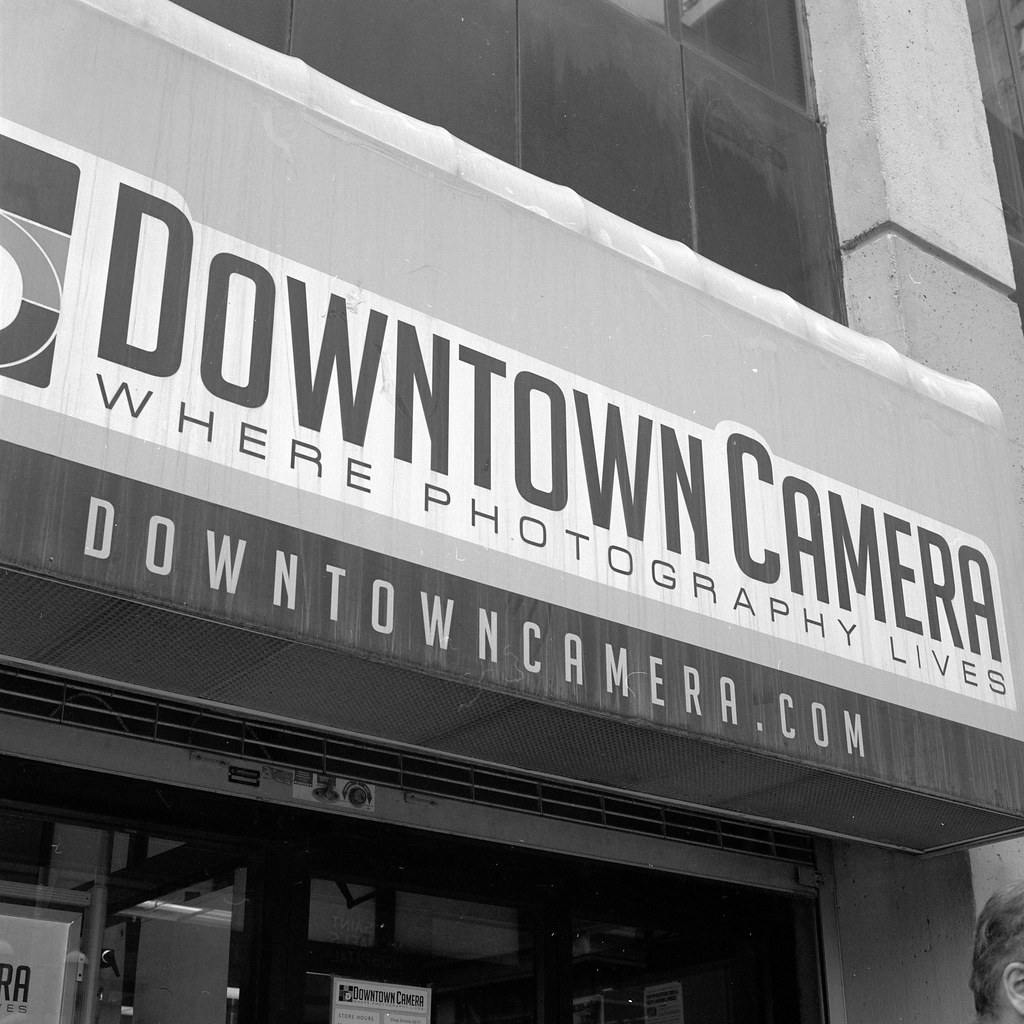 Downtown Camera where the meet started and the best spot in downtown Toronto to pickup anything film releated! 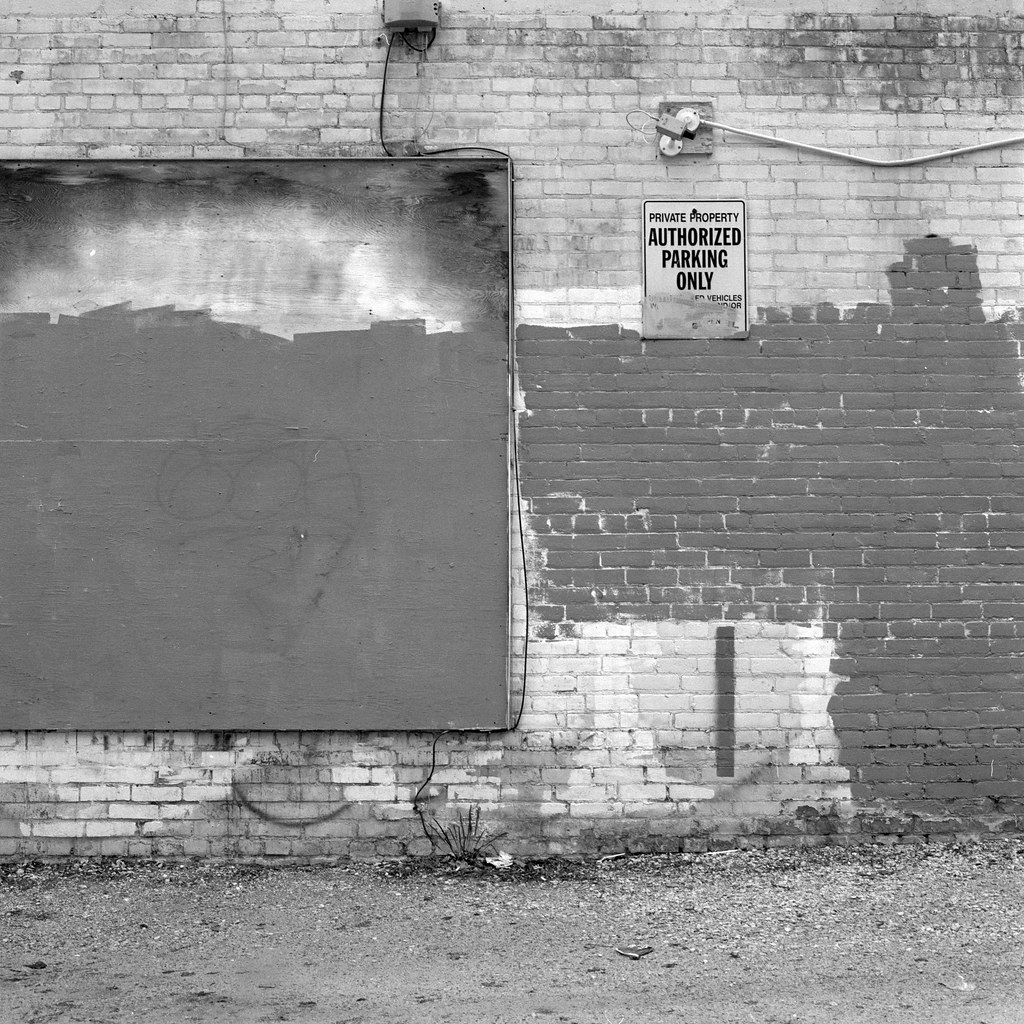 A slightly sad wall, needs something more than just grey and white paint.

All through downtown Toronto, we went, taking in the various sites and sounds of the city’s core with a solid group of photographers from the little group I gathered together. This meet was the brainchild of James McFarlane. A long-time friend and the man who is going to be the photographer at the wedding in a couple of days! 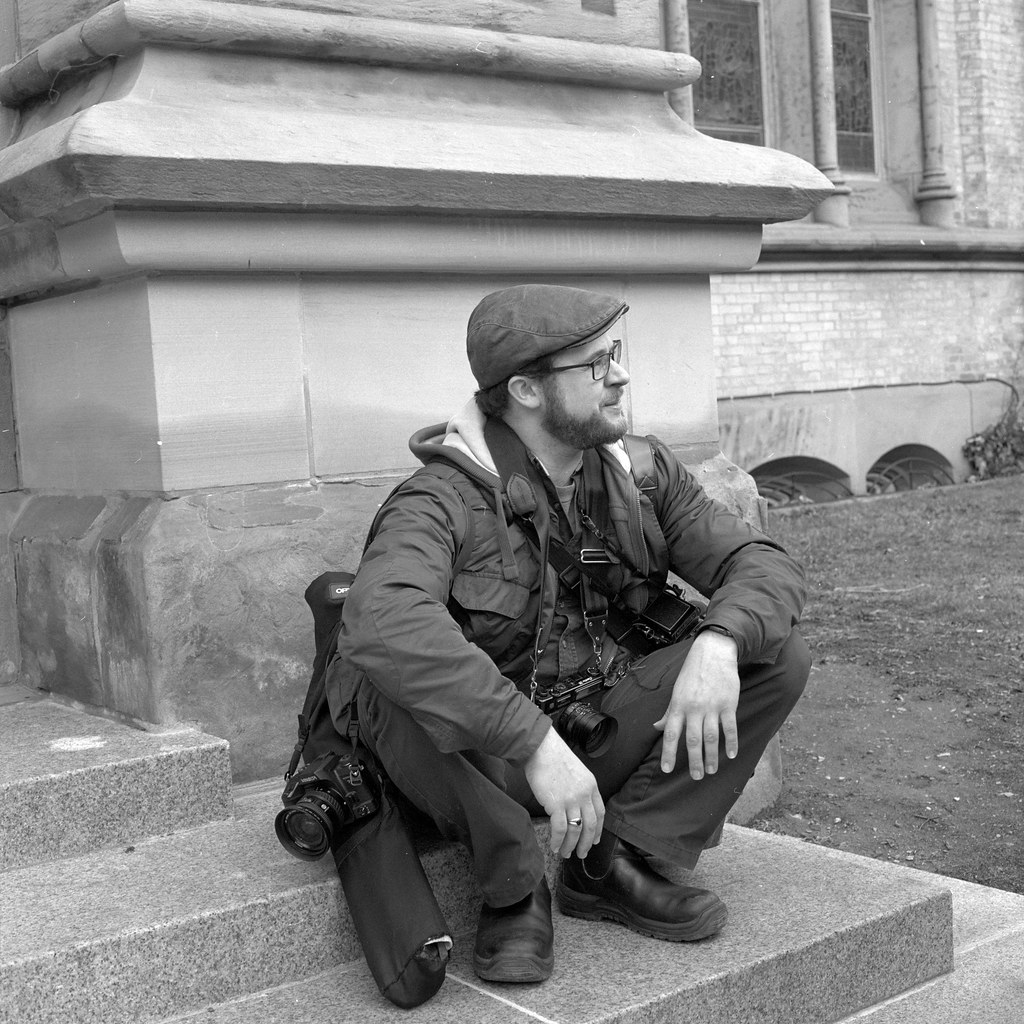 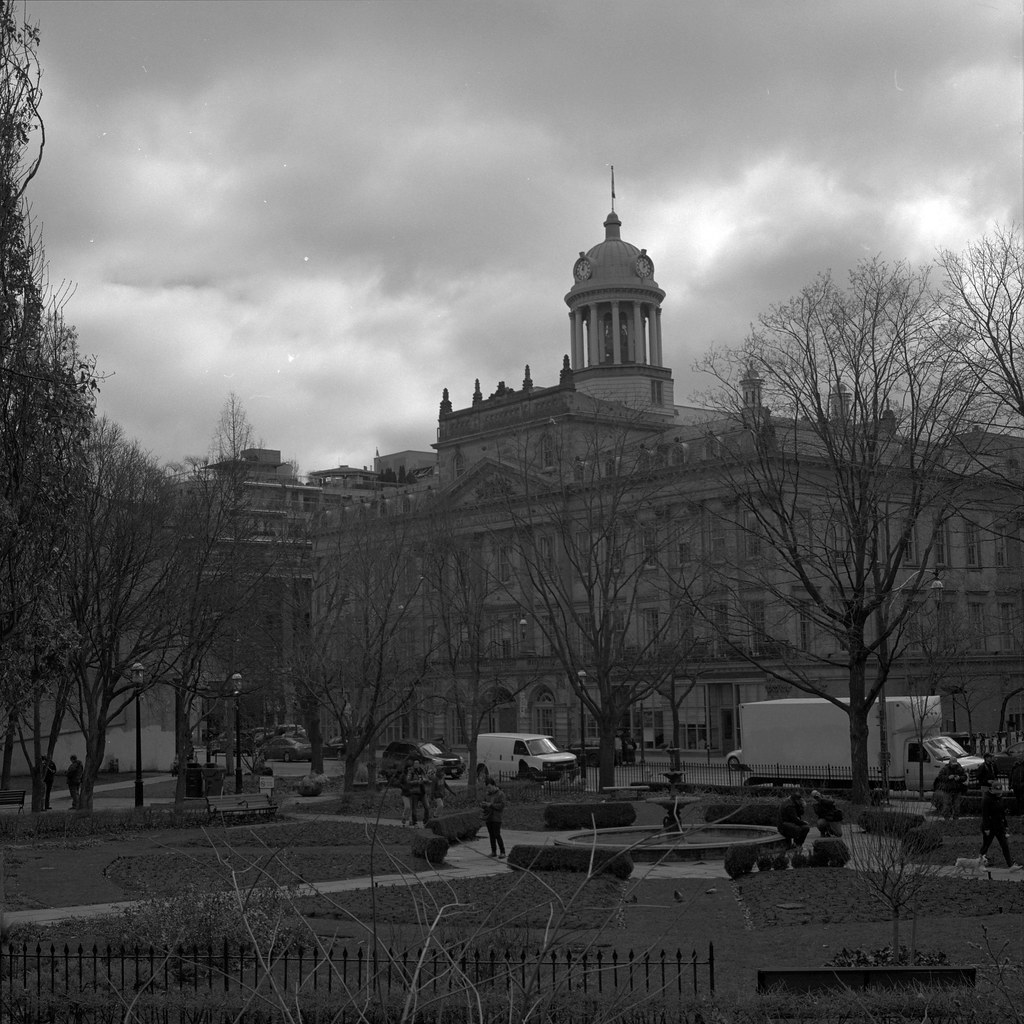 St. Lawrence Hall from the park. Back in 2016 I tried to get a night shot from this angle, but failed.

Despite being a day of mixed lighting conditions with the bright cloud cover, it was great to get out with a 400-speed film so that no matter what happened I could shoot handheld which is important on a photo walk. Tracing along Queen Street and into St. James Park there were plenty of things to shoot, and because I wasn’t leading the walk, I could settle back and enjoy just shooting. And for a TFS meetup, it’s an oddity. 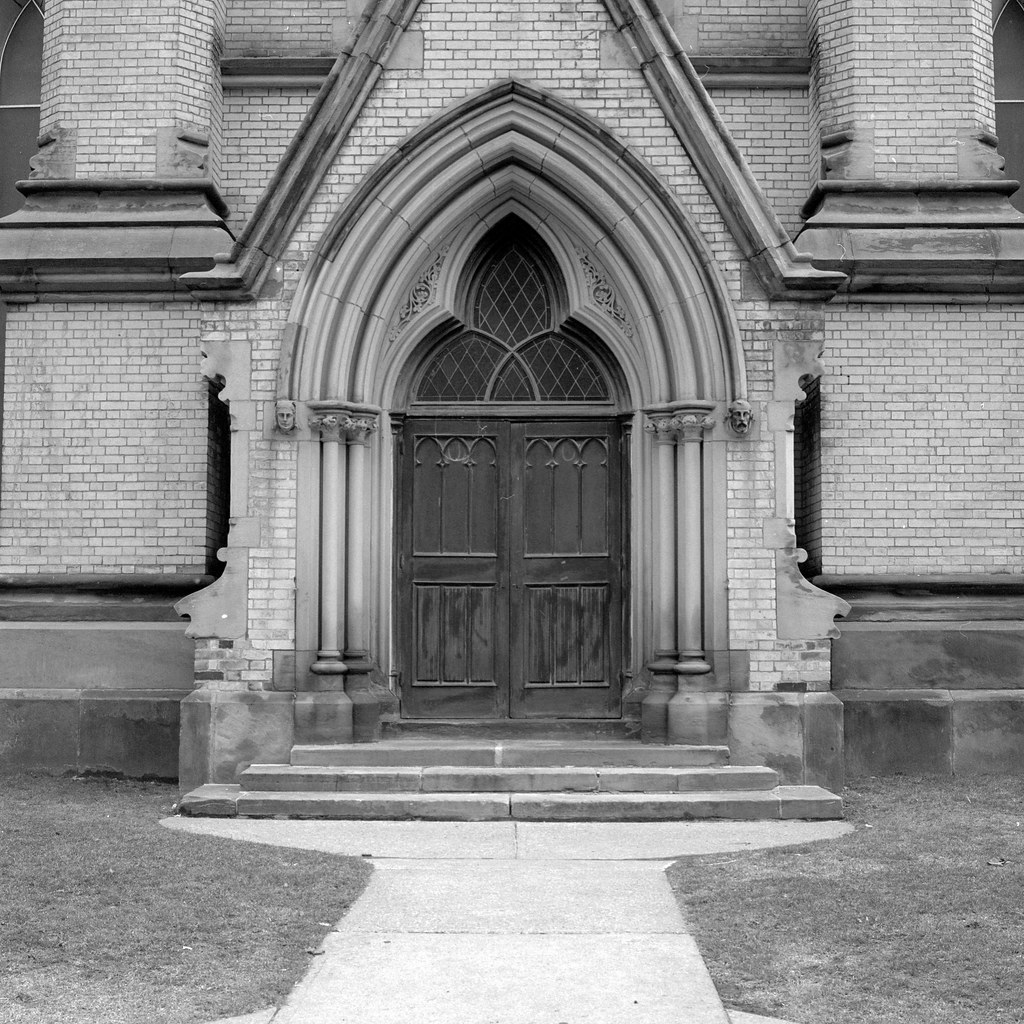 One of the side doors of the St. James Cathedral. I would have gone inside but I wasn’t equipped for indoor shooting on the day 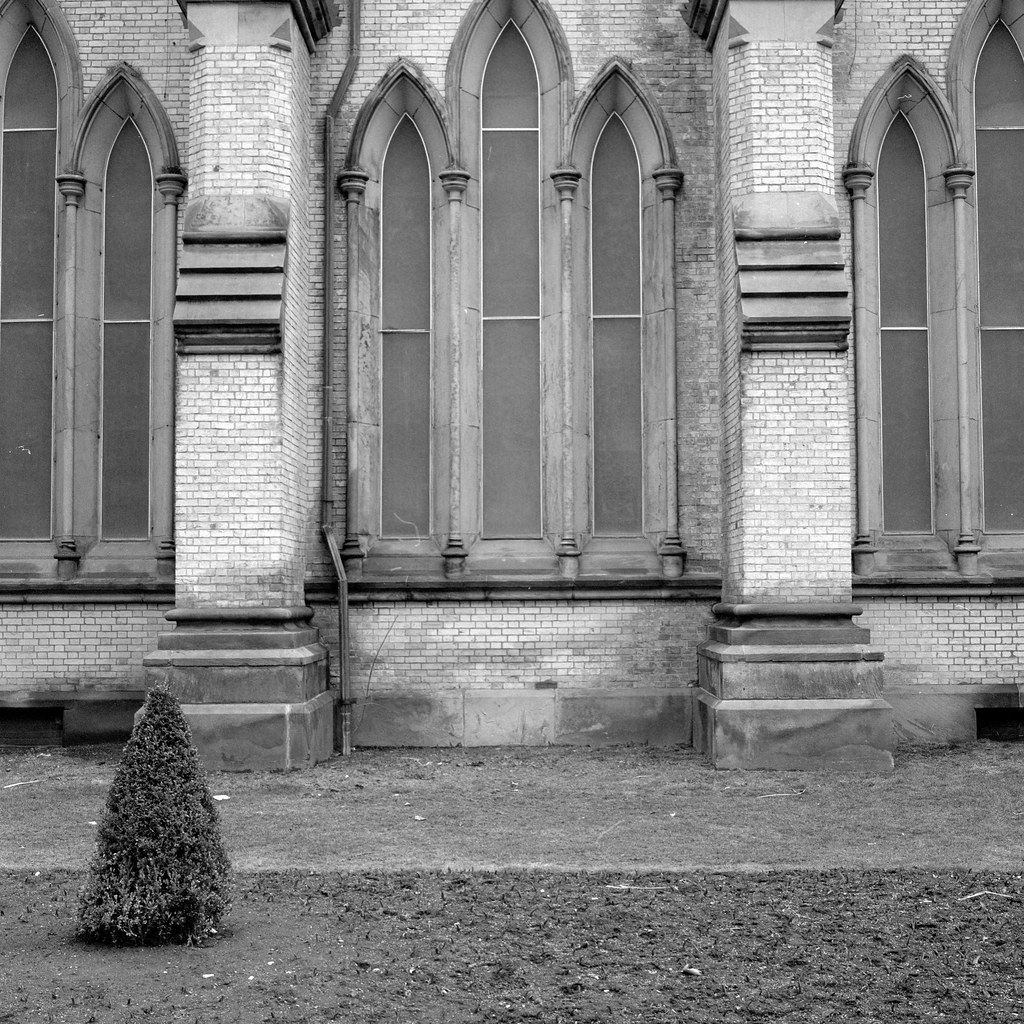 But there’s still lots of shoot on the outside of St. James

As always big thank you to Emulsive for organizing this little party (and I look forward to the next film party, maybe a Tri-X Shindig?) and to Downtown Camera for being a big supporter of the TFS group!