No, I’m not talking about real gas, but rather G.A.S, or Gear Acquisition Syndrom. It’s a common problem among many hobbies, but for the most part, it affects photographers, that is photographers who use film based cameras. These days shooting film is pretty sweet, there’s a huge used market where many cameras once thought to be out of reach of even beginner photographers are now easily purchased. When I got my first Nikon, the F80, it was the F5 I wanted, and now I got one for under a thousand, and a Hasselblad for 500. But herein lies the problem, we often find ourselves surrounded by so many cameras it’s next to impossible to determine which camera to take out and shoot that day. 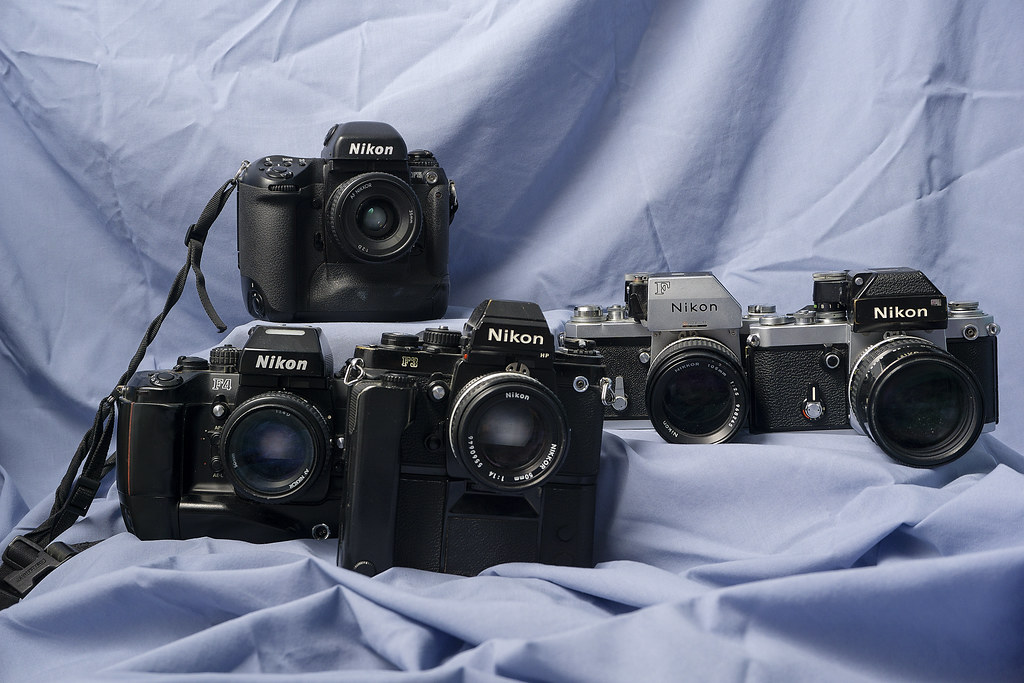 The full line of Nikon professional SLRs, the F to the F5, today I only have the F2 and F5

I’ll admit, I suffered from GAS, at my peak, I had over 30 functioning cameras including the full line of Nikon professional SLRs not to mention a handful of other cameras from Nikon. Medium format, more 35mm equipment, and a couple of large format cameras. It was a collection on the verge of being unsustainable. And that’s something coming from one of the hosts of the Classic Camera Revival Podcast, where our motto is “If you don’t have gear acquisition syndrome now, you will after this show.” It was starting to be a serious problem. And then it happened, the cure, the way out. An Escape from GAS. I got engaged and was going to move in after the wedding with my wife into a condo that had 760 square feet to share with two people. Some cameras had to go, a lot of cameras had to go. And before you jump all over my amazing wife, she never said a word, she in fact fully supported my photographic hobby. The decision was entirely mine because I was tired of taking so long to chose a camera. I needed to cut down, badly. 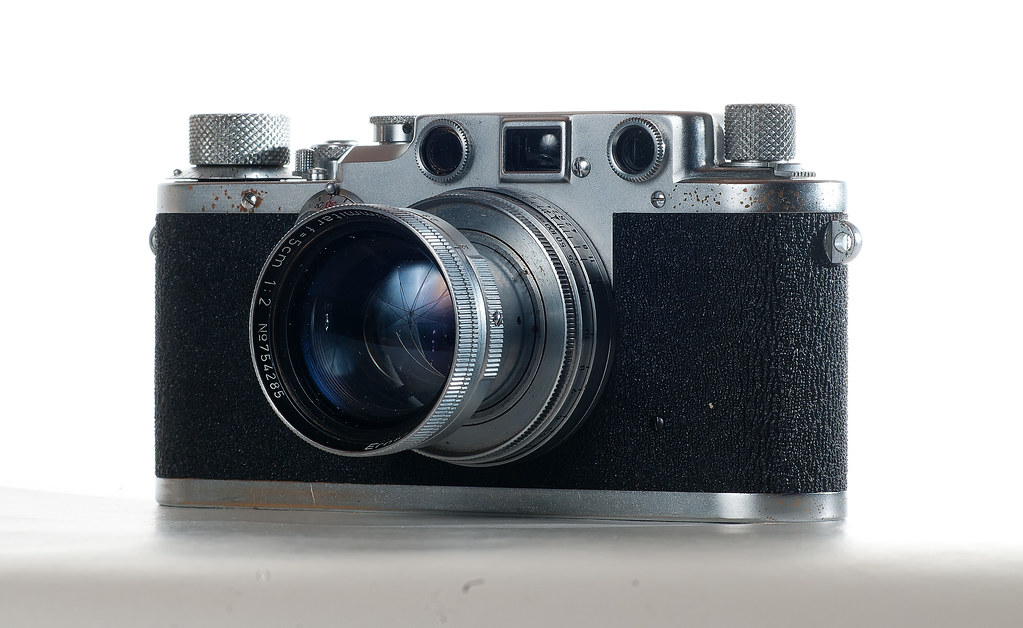 Yep, I had a Leica, and you know it was a pain to shoot with, so yes, I sold it.

Step One Over the course of a couple months shoot as you normally would but if you don’t normally log your film photography, start doing so, all you need is a little notebook or if you want to get fancy and really dig deep into the data use a spreadsheet. Make sure you at least capture what cameras and what lenses you use. If you already do this, you can skip over this step and go right to step two.

Step Two Look over your camera logs, figure out the cameras you use the most. These are the cameras that you certainly have to keep since they’re your go-to, your old faithful. There’s no hard or fast rule on a total number of cameras. Any camera you haven’t used in a couple months or more move into the get rid of pile, but don’t worry you don’t have to ditch them all just yet.

Step Three Take a look at your ‘to get rid of’ pile, if you have a sentimental connection to the camera, by all means, keep it. Also look at cameras where you only have one lens for or similar cameras in the keep pile. These are ones that you should actively seek to donate and remove. Again, no hard and fast rule, go with your gut.

Step Four Start offering up cameras to fellow film photographers, you can sell them if you want, but price to sell, not to make a buck on. There are plenty of buy/sell groups on Facebook that you can offer them up on. Alternatively, you can visit local camera shops that has a used gear. My go-to is Burlington Camera, Joan is fair on her prices and knows her stuff. And finally, if you have no desire to sell anything, you can always do the donation route the Film Photography Project is always looking for working cameras to help fuel their School Donation Program!

Step Five The final step and the one that continues on well past the first four. You have to remain vigilant. Keep your kit to the final number, add a camera, drop another. Look to expand your lenses, buy more film instead of new camera bodies. If one breaks and it’s a workhorse, by all means, replace it with the camera or similar camera body. 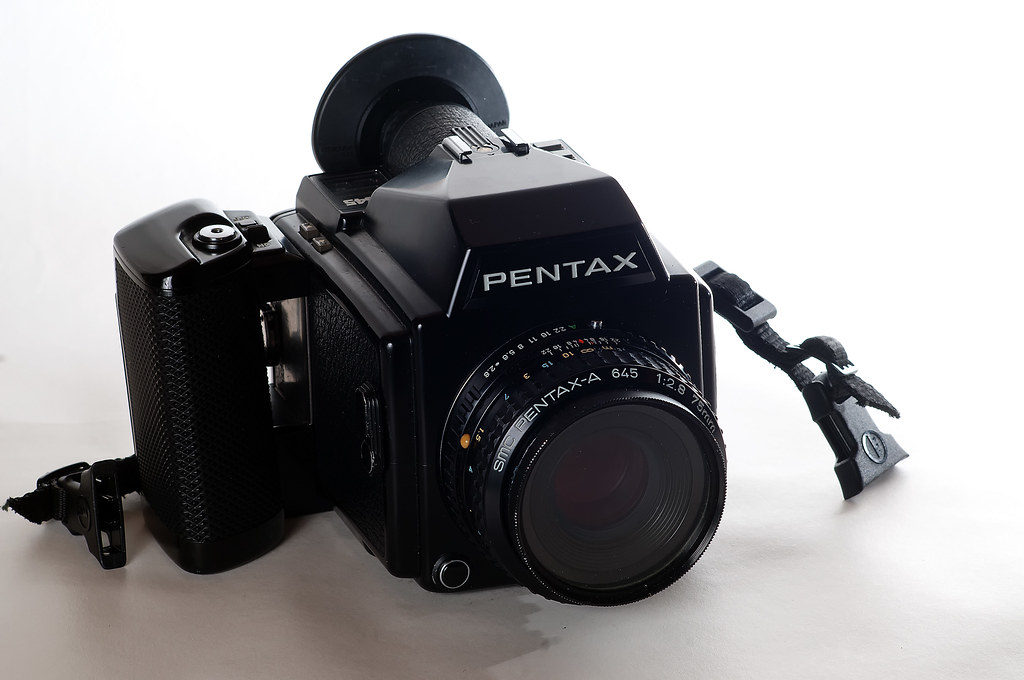 The Pentax 645 a long-time workhorse of my collection, replaced in favour of the Hasselblad 500c

So there you have it, the big secret to escaping GAS, you have to want to. You have to realize this on your own. And you don’t have to set a hard and fast number, and there isn’t a bad thing about GAS, but sometimes the gear becomes more important than the art. Besides, just think of it this way, rather than spend hundreds on a new camera, spend that money on film and get out and use your cameras! Today I’m happily sitting on ten cameras, little duplication, and all ones that I enjoy taking out and shooting with, choice of camera is simple, and I find myself shooting more and thinking about it less. Not to mention I now have the room to expand on my selection of lenses to ensure I have enough coverage, no matter what system I take out.