New York City, a place filled with photographic possibilities. And a city I didn’t think I’d be getting back to anytime soon after my last visit back in 2013. Sure it took five years, but I managed to get back, on my honeymoon no less! And my awesome wife Heather even let me bring some toys along. And by toys I mean cameras. I went loaded for bear, the trusty Nikon FA three AI-S lenses (35, 50, and 105) and lots of photographic film. 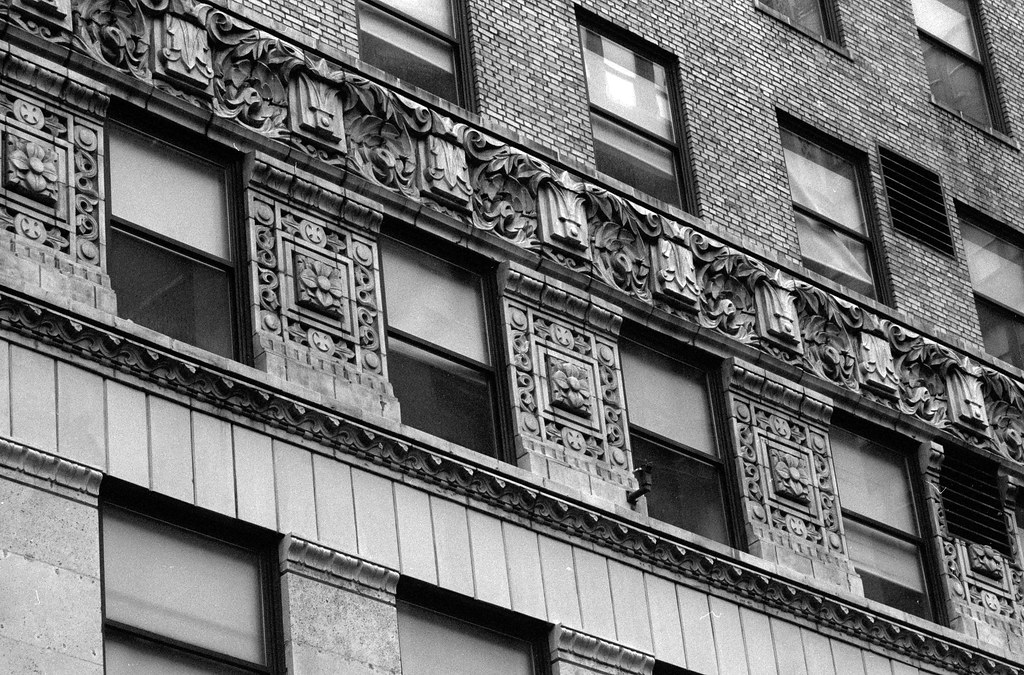 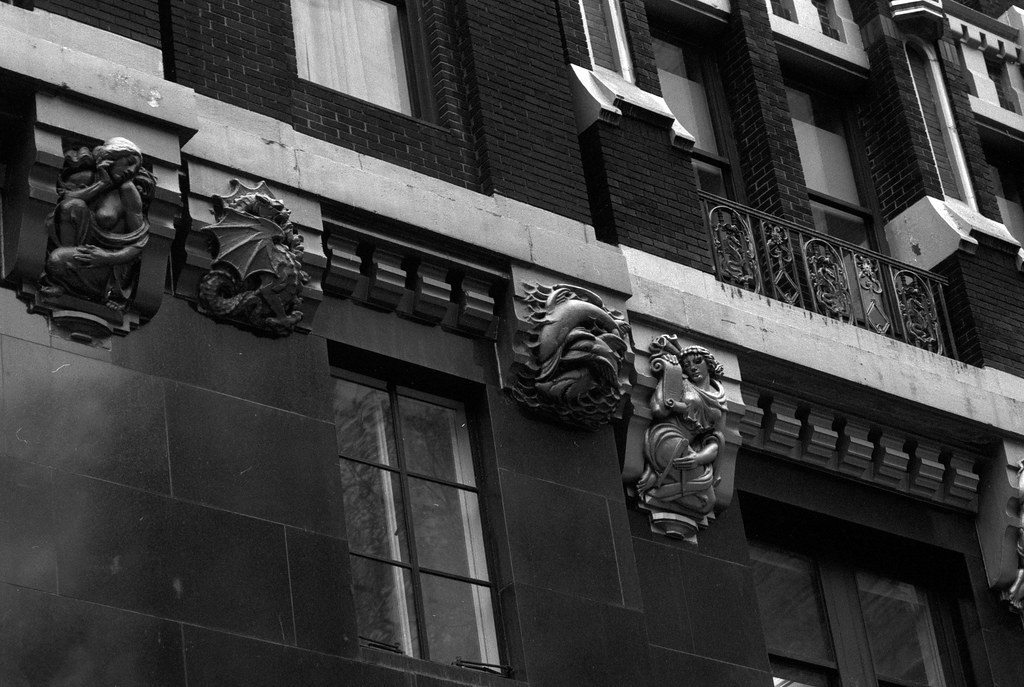 Now usually when I go shooting buildings in a city I tend to capture the full view of the building, getting as wide as I possibly can. This time around I couldn’t do that for a couple of reasons. The first being that the streets in New York, especially in Manhattan, are packed with tall skyscrapers that just don’t allow for the full capture of their grandeur. That is unless you have an ultra-wide angle lens. The widest lens I had with me was my 35mm lens, which while good for some of the shorter buildings just wouldn’t cut it elsewhere. And for some of the stuff I was shooting I needed my 14-24mm lens and either the F5 and F90, neither of which makes for an excellent travel camera when you’re on your honeymoon. 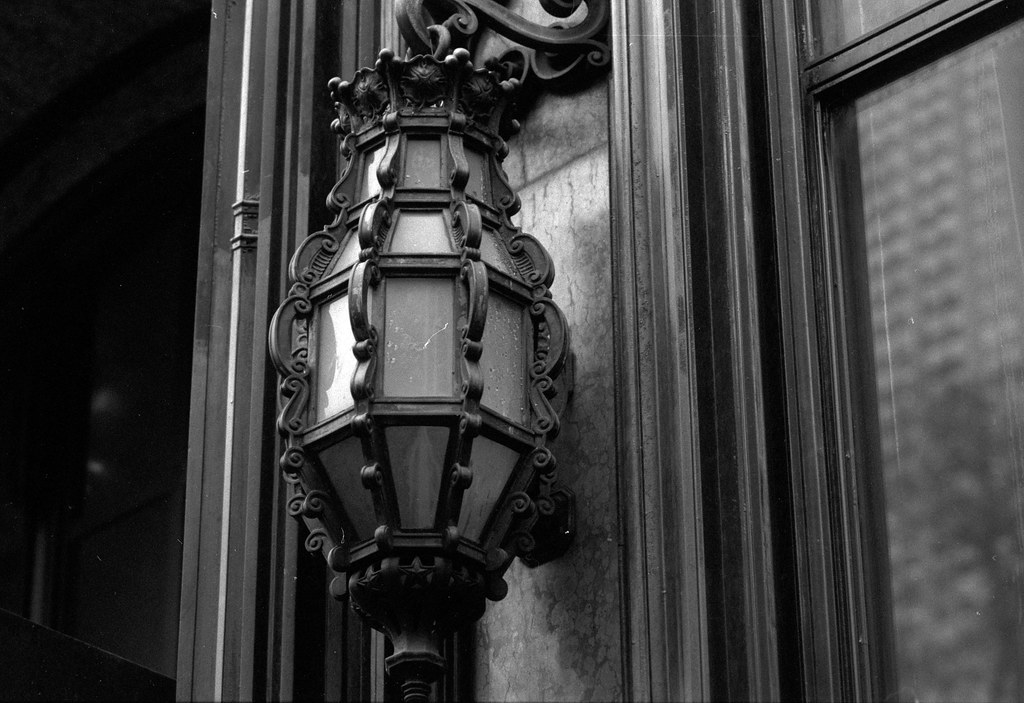 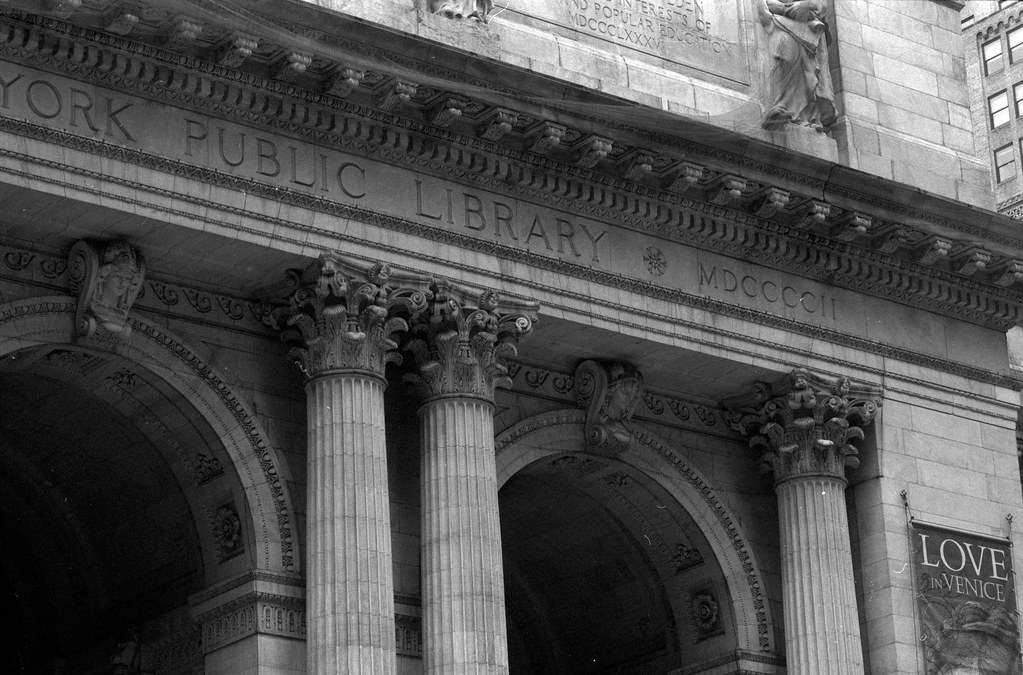 So I decided to take a different approach than what I usually do and got in closer. Because in New York, in the older buildings the details are just as important as the big picture. Having the 105mm and a roll of Japan Camera Hunter Streetpan 400, I went in for the shot while Heather and I made our way north on 5th Avenue towards the Metropolitan Museum of Art. And what a place to shoot buildings, from Sak’s Fifth Avenue to the Art Deco flagship store for Tiffany & Co. Guilded Age skyscrapers to cathedrals of worship. This was a part of New York I had not spent much time in the past. 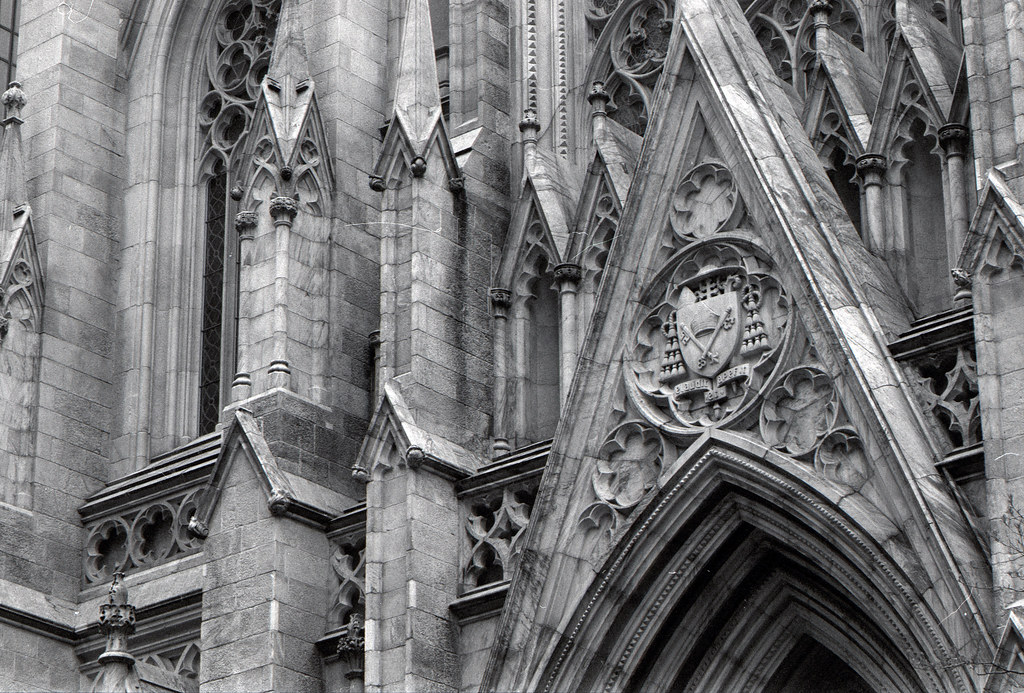 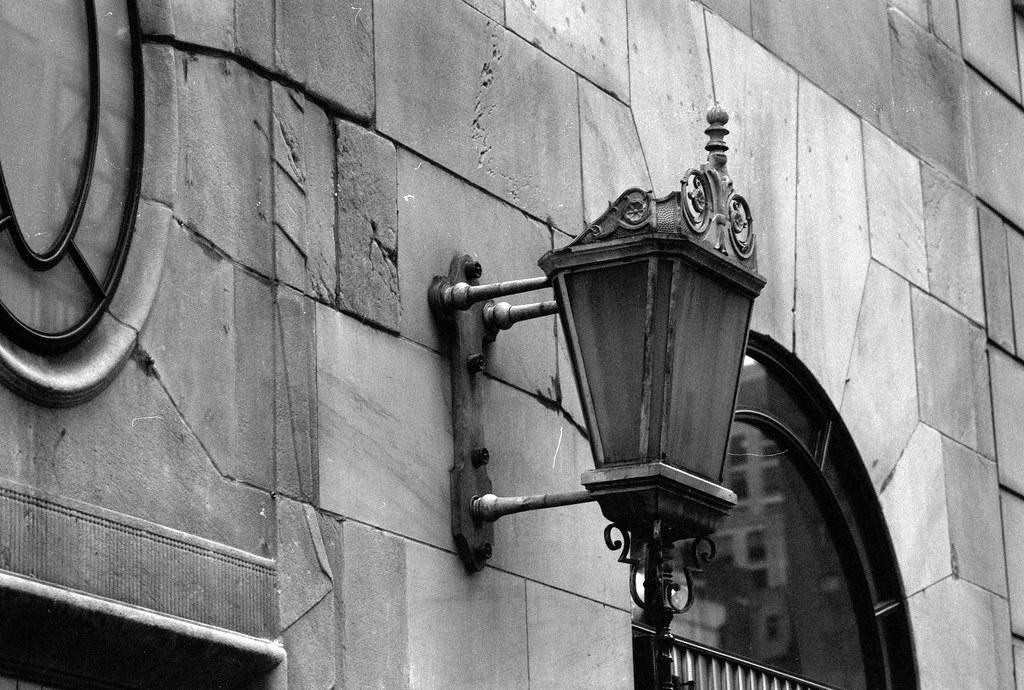 Of course standing out like a sore thumb is Trump Tower, and I prided myself at not getting any sort of photo of the glass monstrocity. As the 80’s were a horrible decade for fashion, they were pretty terrible for architecture also. Give me gilded age or art deco, the classics. Heck, I even find beauty in the brutalist nature of the 1960s. 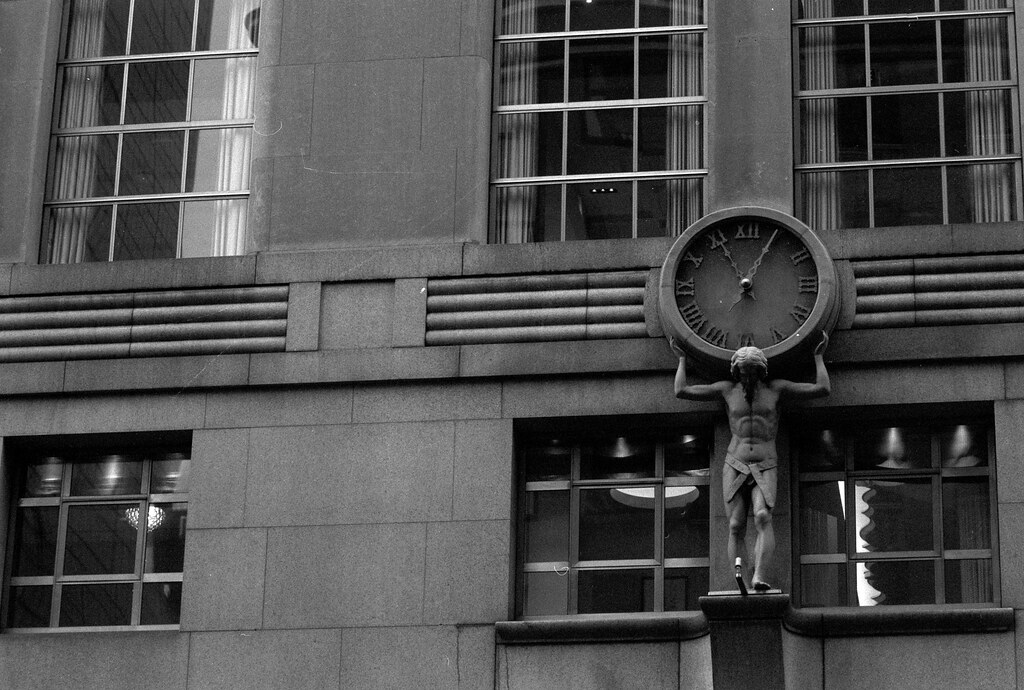 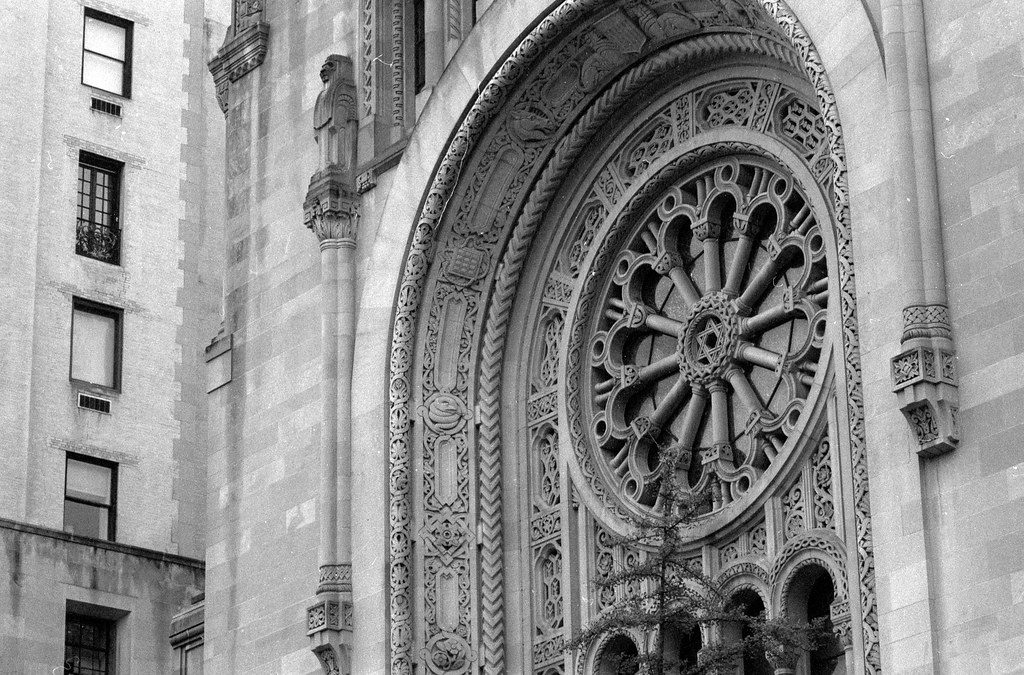