One of my favourite photographic events to attend are the Doors Open tours we have in Ontario. Two cities pull out the stops the first being Hamilton the second being Toronto. While of late, Hamilton has been sort of disappointing, but it has also been the one that I have attended the most. But my attendance is a little bit of a Birthday tradition for me as it always falls on the weekend closest to my birthday. Sadly this year’s event was soured a little with rain, so I only managed to get to four locations, of which I’ll be sharing three here today as I shot them on film.

St. Lawrence the Martyr – While I have visited this parish at past Door’s Open events, I wanted to return as it is one of the more beautiful parishes in the city of Hamilton. From the outside, this Norman Romanesque church looks rather bland, until you walk into the sanctuary and come into full view of the sky blue walls, beautiful murals and at the center the Carrera marble altar. In an odd twist, this year’s door’s open marked the anniversary of the cornerstone laying of the building back in 1890. 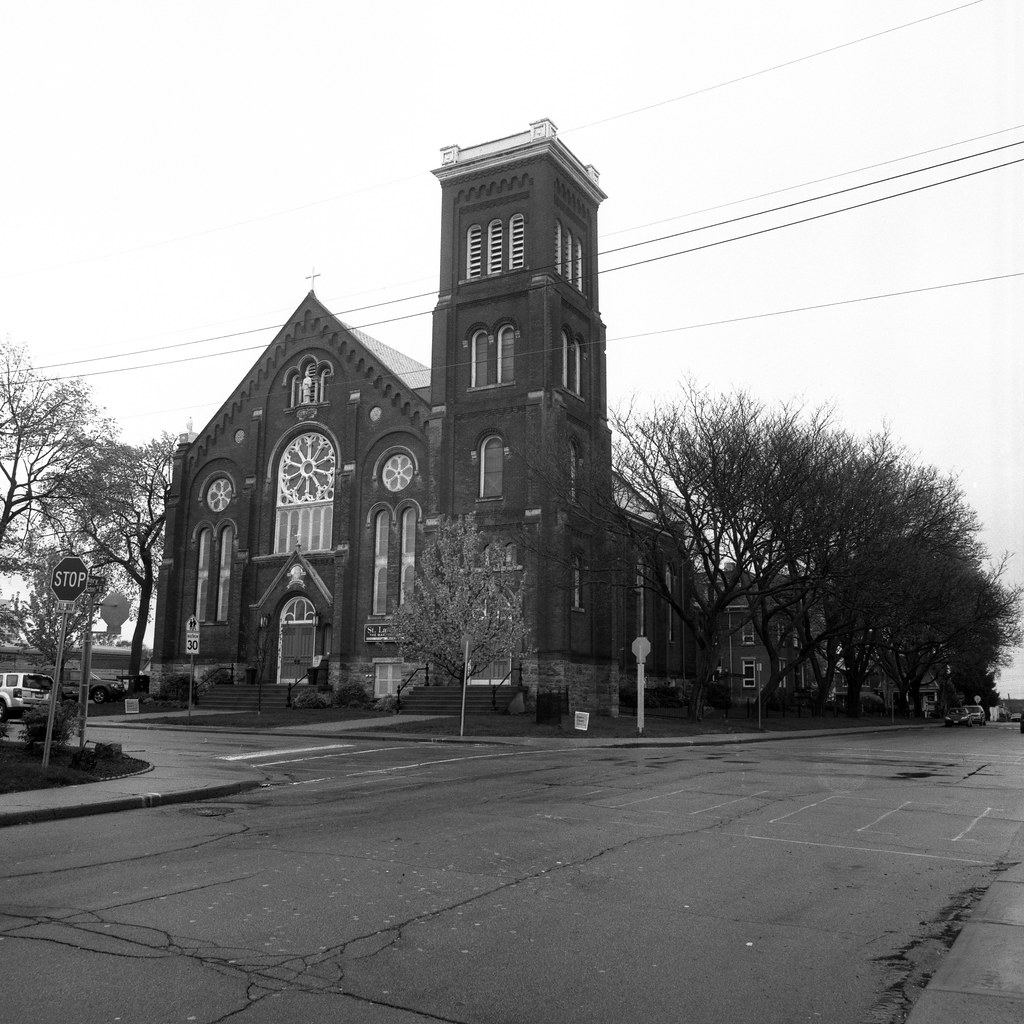 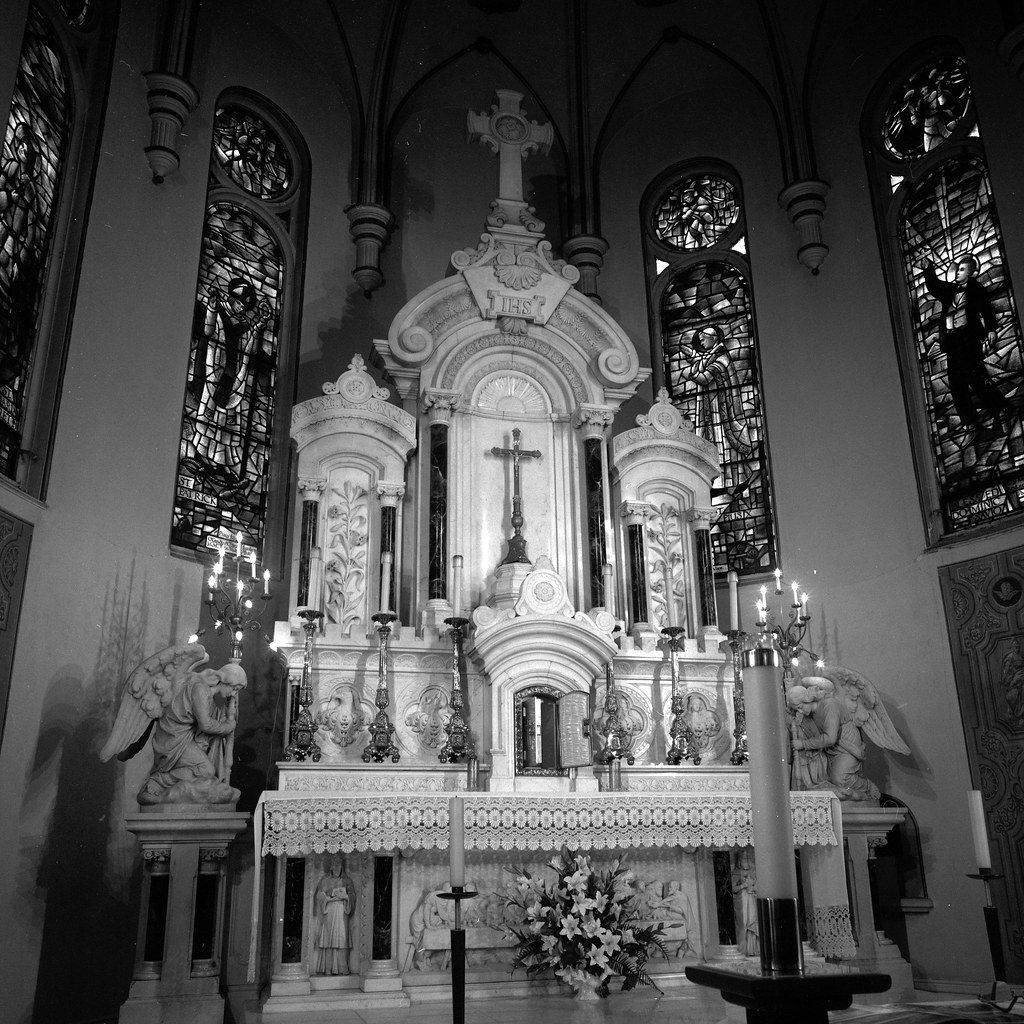 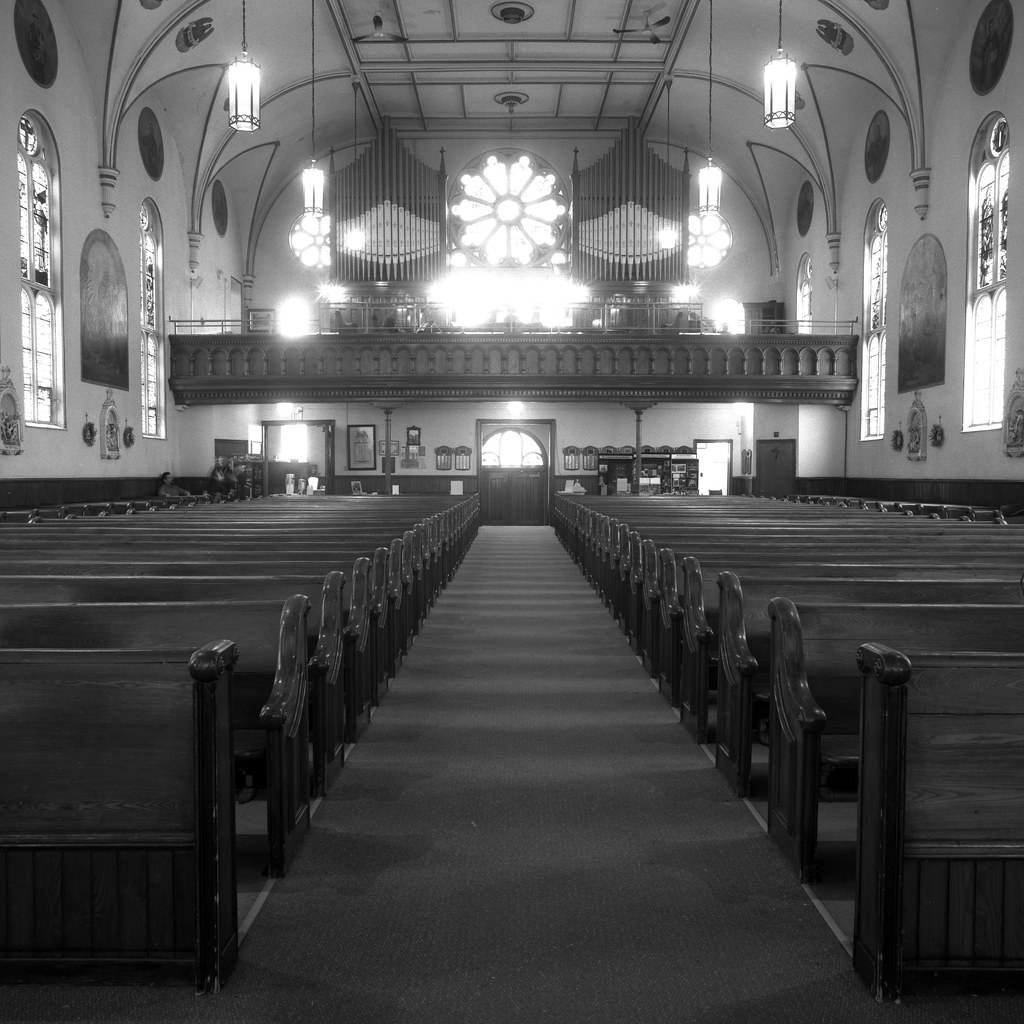 Christ’s Church Cathedral – Christ’s Church is a unique church in Hamilton, holding the record as the second oldest Anglican parish in Canada and a unique construction history. The original structure, a pure wood, and stucco building opened in 1835, but over the next decade, the Robert Charles Wetherall building had a startling transformation under the watchful eye of William Thomas, going from Baroque to Gothic Styling. Despite its imposing presence on James Street, the church is active in the community hosting the local arts scene with its community gallery. 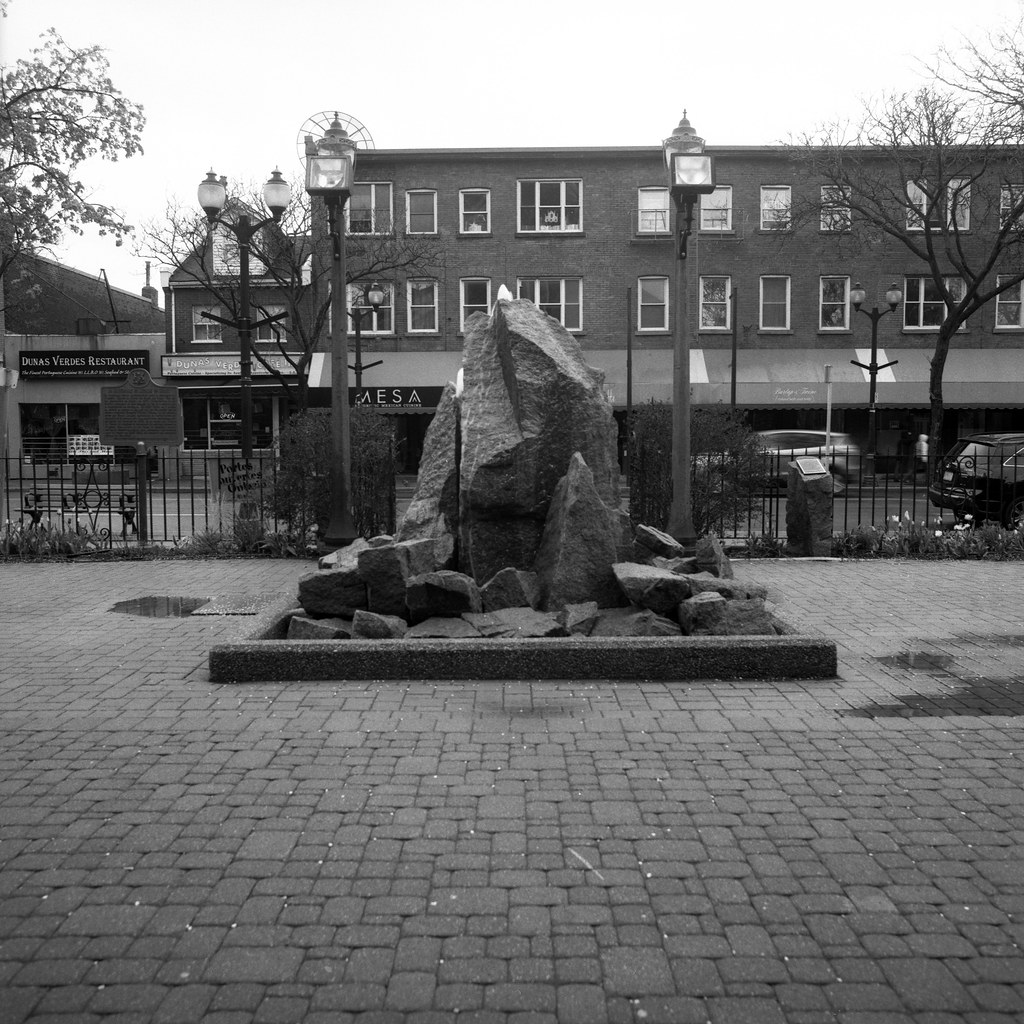 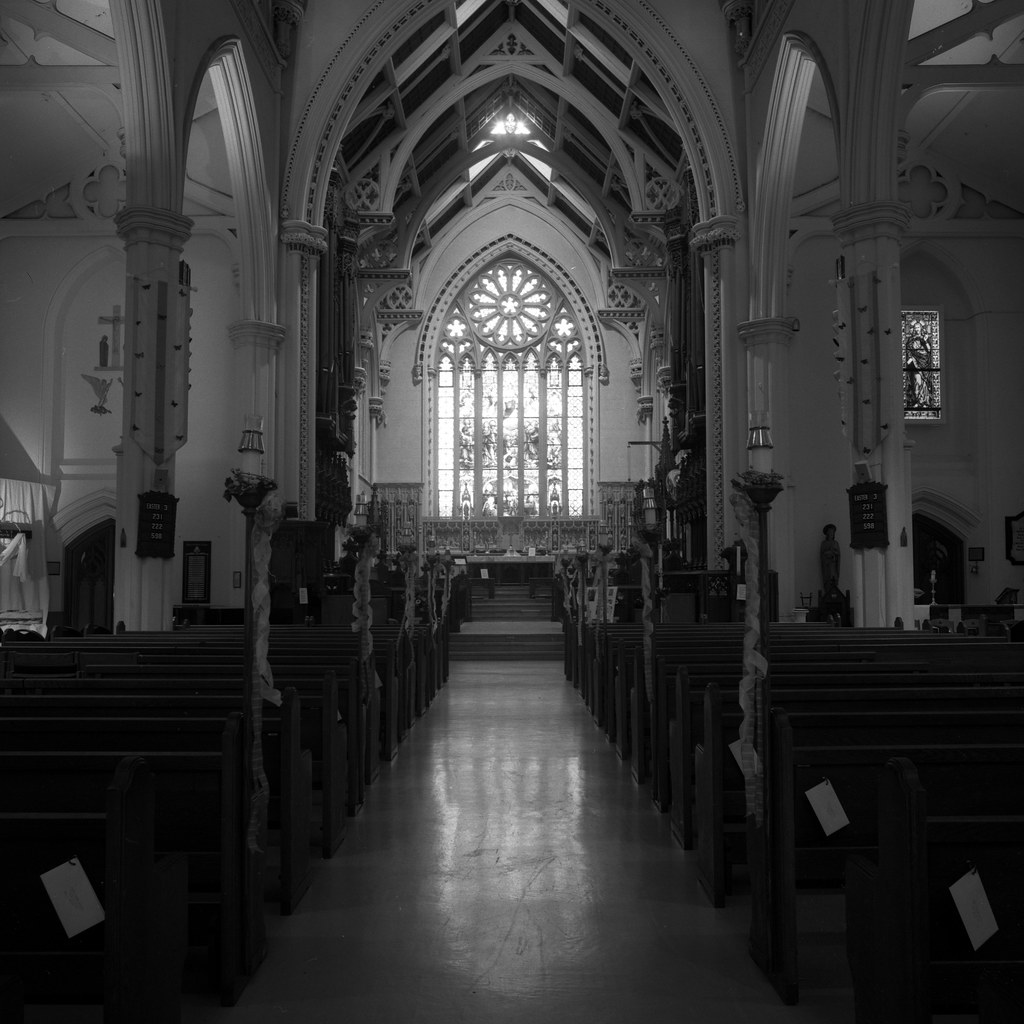 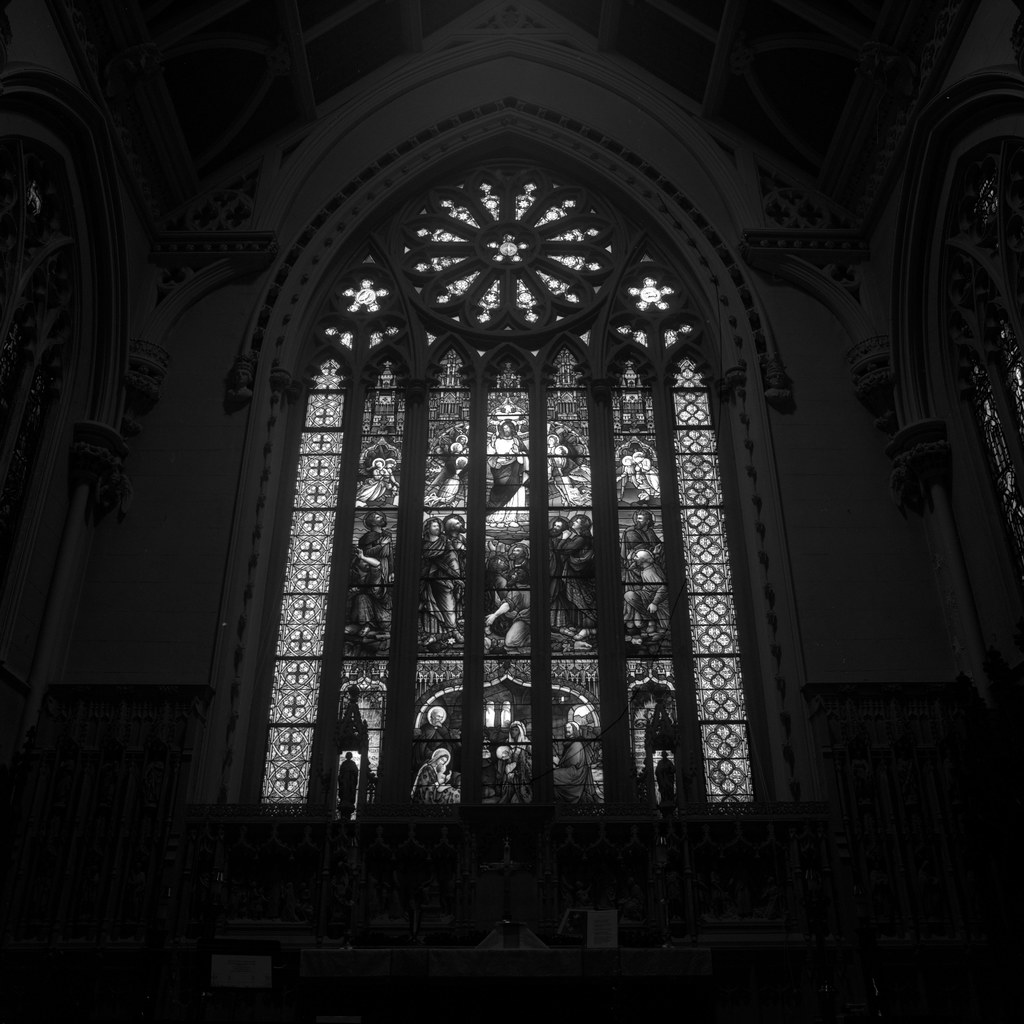 New Vision United Church – One of the new locations this year, New Vision United Church is a new congregation in an old building. The church building itself dates back to 1866 known then as the McCallum Chapel. Sadly the history of this Albert Harvey Hills is scarce, at some point in the church’s history it became known as Centenary United Church, and that is the sanctuary that was open to me at Doors Open. It soon became apparent to me that many congregations would soon gather here as church’s shrank, and even today New Vision chooses to worship in the lower hall. Thankfully, there is the word that the building and sanctuary will see reuse as a theater and community space. 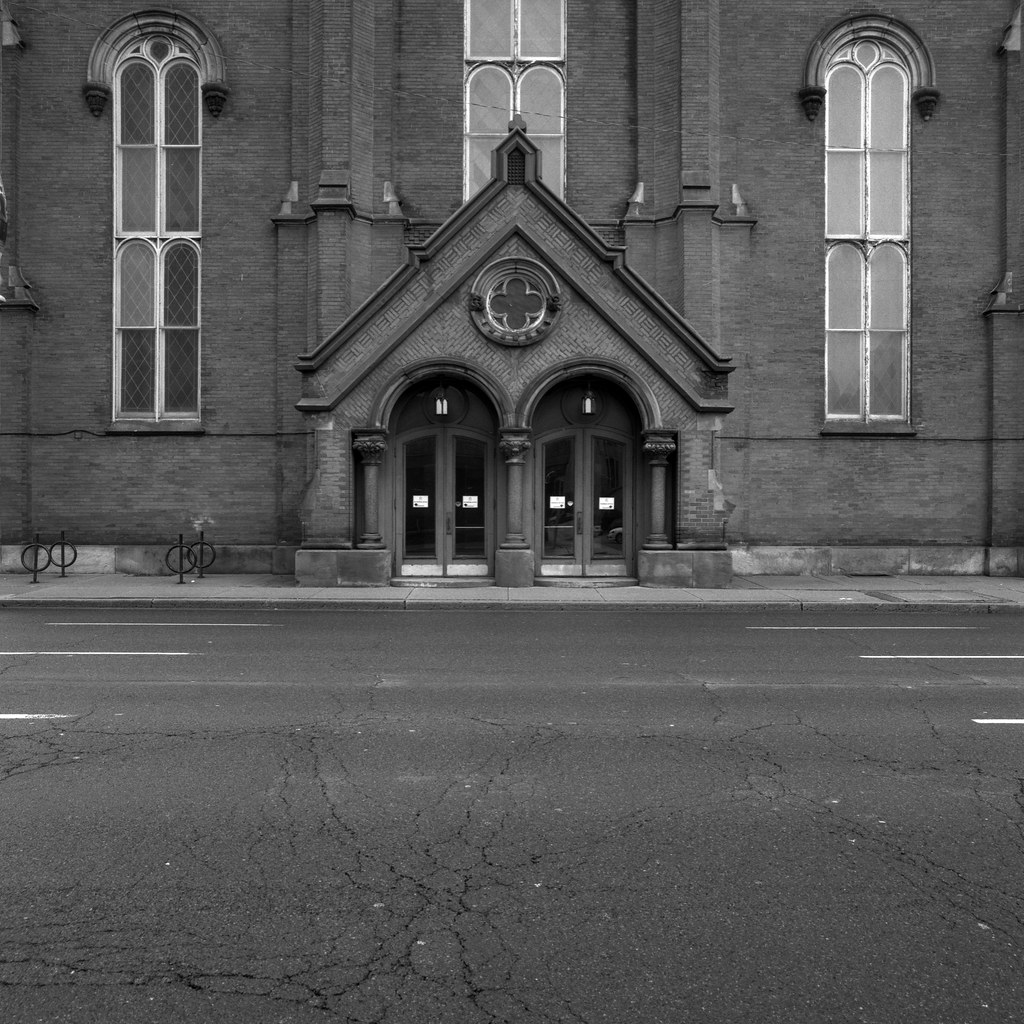 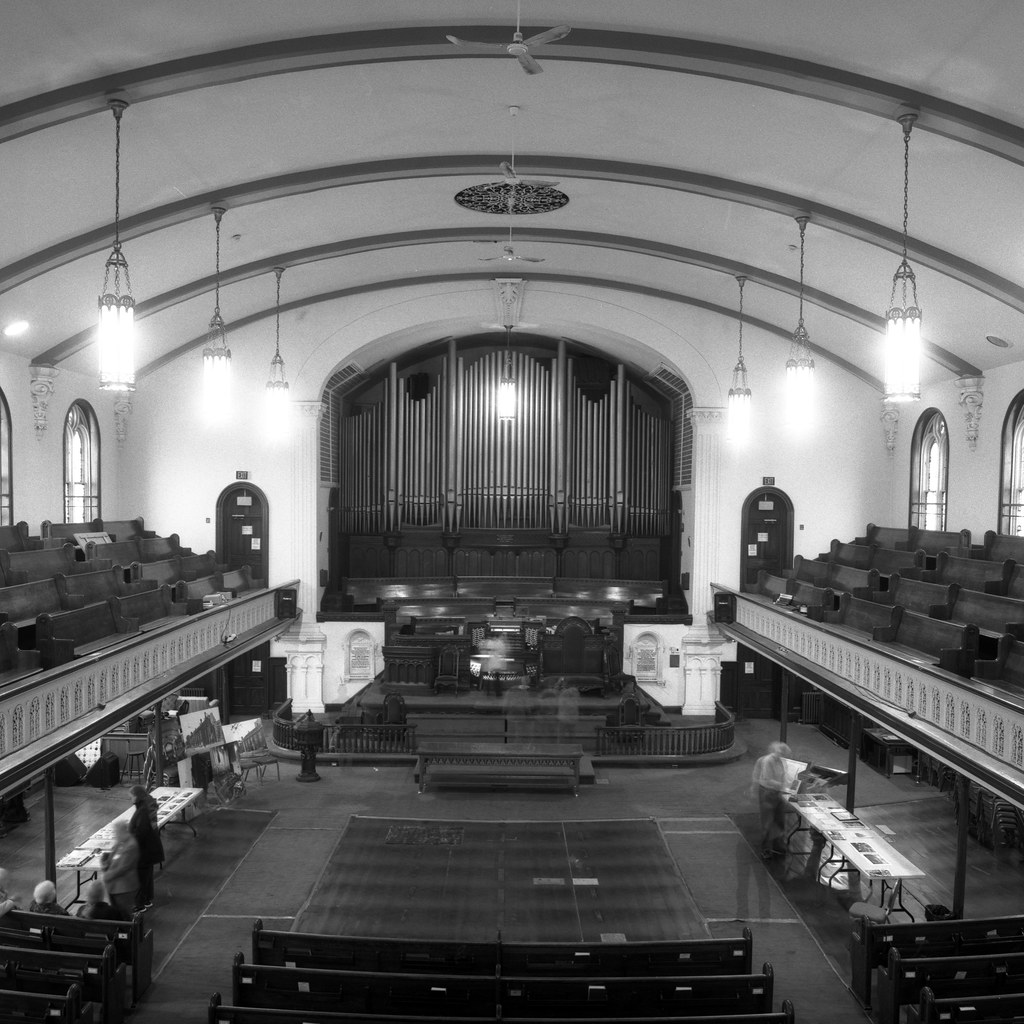 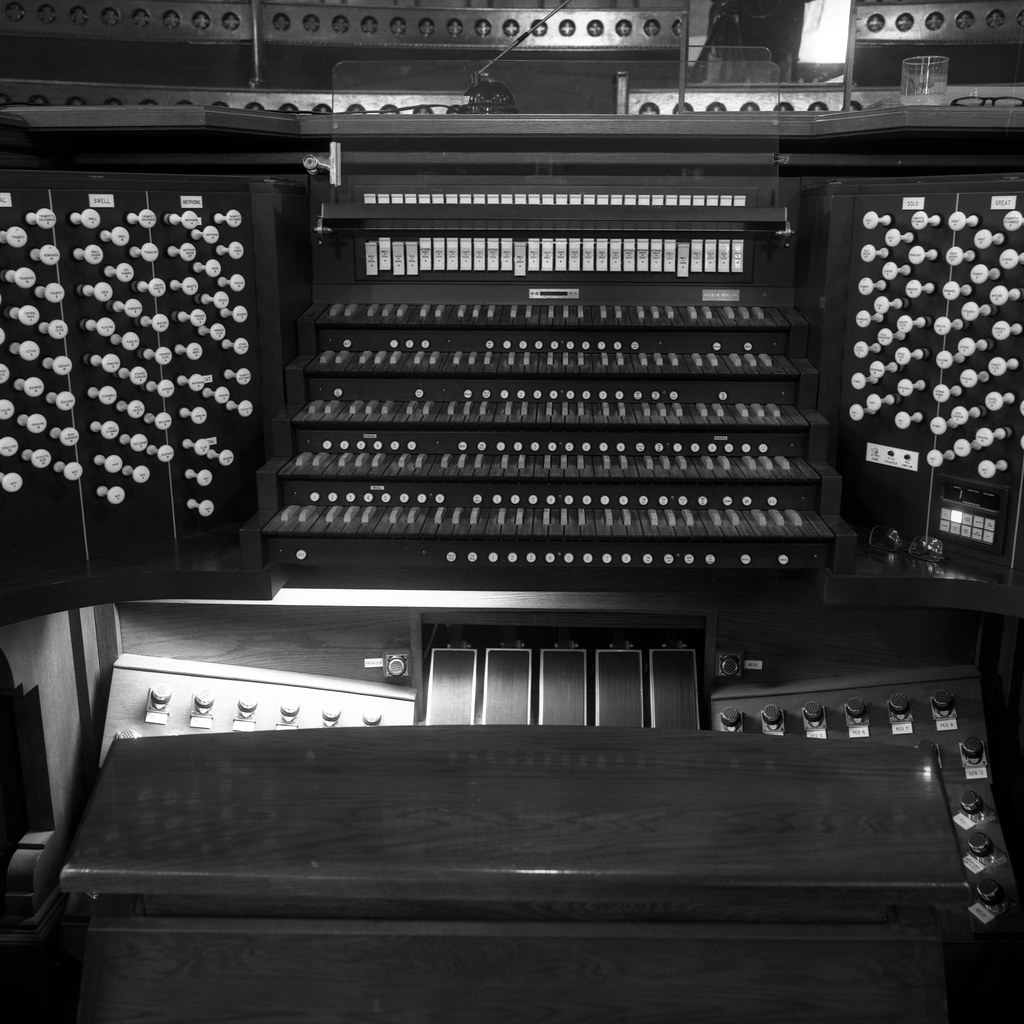 For the first time around using film, I took steps to compensate for reciprocity failure. To put it simply the more a film stock is exposed to light, the less sensitive to light it becomes. The trouble is this reciprocity failure different for every film stock. One of the worst films out there for this is my much enjoyed Kodak Tri-X, one of the best is Fuji Neopan Acros 100. But I didn’t shoot either of these stocks, but rather Ilford Delta 100. Delta 100 is a film stock I don’t shoot that much, preferring either Kodak TMax 100 or Ilford FP4+. Thankfully, I used an application on my phone that has a built-in data for most film stocks out there. Oddly enough Delta 100 and Delta 400 share the same reciprocity failure.