When it comes to Doors Open events, there’s no bigger one in Ontario that Toronto’s. With 2017 being the 150th Anniversary of Canadian Confederation, Toronto made it a goal to have 150 buildings on their doors open event. And what a selection there was, with lots of old favourites and plenty of new ones especially to me. I’ve visited Doors Open Toronto on many occasions, but always seem to hit up the same locations over and over again. So this year I made a point to visit many of the places I’ve never visited, or haven’t been happy with my photographs in the past. I also made a point to visit a few additional sites on Sunday as well. This year I managed to visit a total of fourteen locations, a record for any doors open event I’ve visited in the past. I also made a point this time around, like Doors Open Hamilton, to stick to film with only one location being shot mostly on digital. So without further fanfare, Doors Open Toronto. Photography wise I used my trusty Nikon F5 and carried or more rather lugged a series of lenses along with me, a way to force myself to capture both the wide open spaces that the sites presented but also to focus in on the details. The film I chose is a new favourite of mine, Japan Camera Hunter Streetpan 400 to give me some speed in the spaces where I would have to shoot handheld. Sadly when I pulled the film out of the tank I noticed that most of my interior shots were so dark not even bold efforts in Photoshop could recover them. Of course, it wasn’t until later in a dream (and talking out loud apparently) that I realized my mistake. Streetpan likes sunlight, it thrives on it. Also having no information about the film’s reciprocity, and I was sunk. At least I was able to recover a few shots for each location.

St. Andrew’s Presbyterian Church: Always a favourite of mine, St. Andrew’s is the oldest Presybertian congregation in the city and the regimental church of the 48th Highland Regiment of Canada. Constructed in 1876 under the watchful eye of William G. Storm this Romanesque Revival Church is one of the most ornate Presbyterian Churches I have visited; it even surpasses St. Paul’s Presbyterian in Hamilton, Ontario. 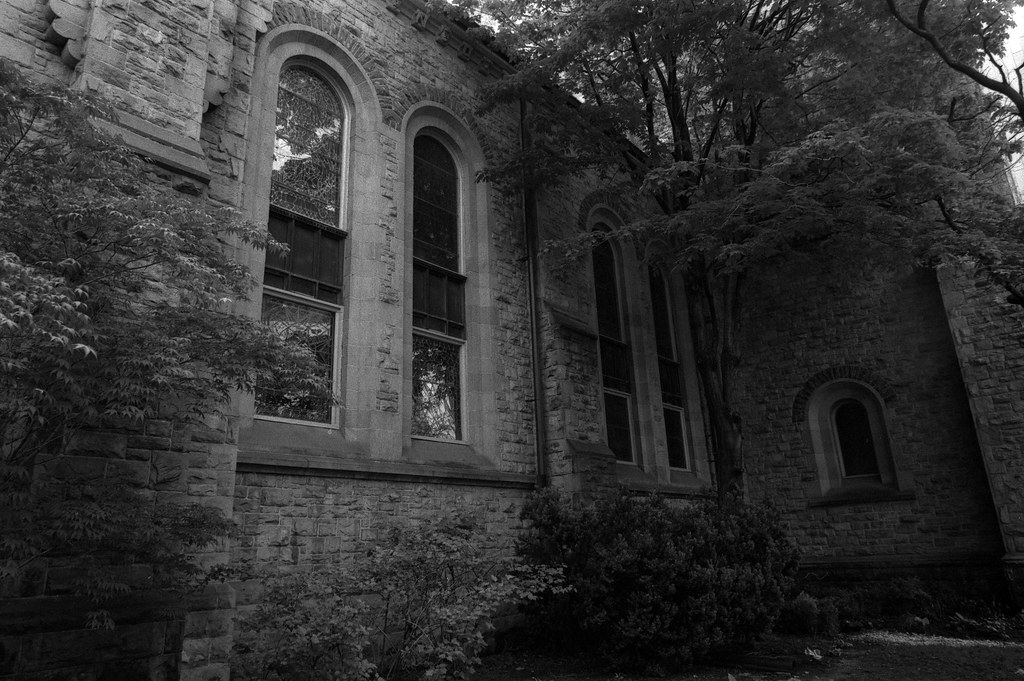 Campbell House: Toronto is home to many museums, some better known than others. The Campbell House is one of the lesser known museums. Built in 1822 in the Georgian style, it was home to William Campbell, the Sixth Justice of Upper Canada. It stands as one of the few surviving examples of buildings from the town of York, saved in 1972 by the Advocates Society from demolition. And as exciting as it was to be finally able to go into this small house that I had passed unnumbered times now, it was this single shot from the outside with the storm clouds and the Canada Life building in the background that struck me. 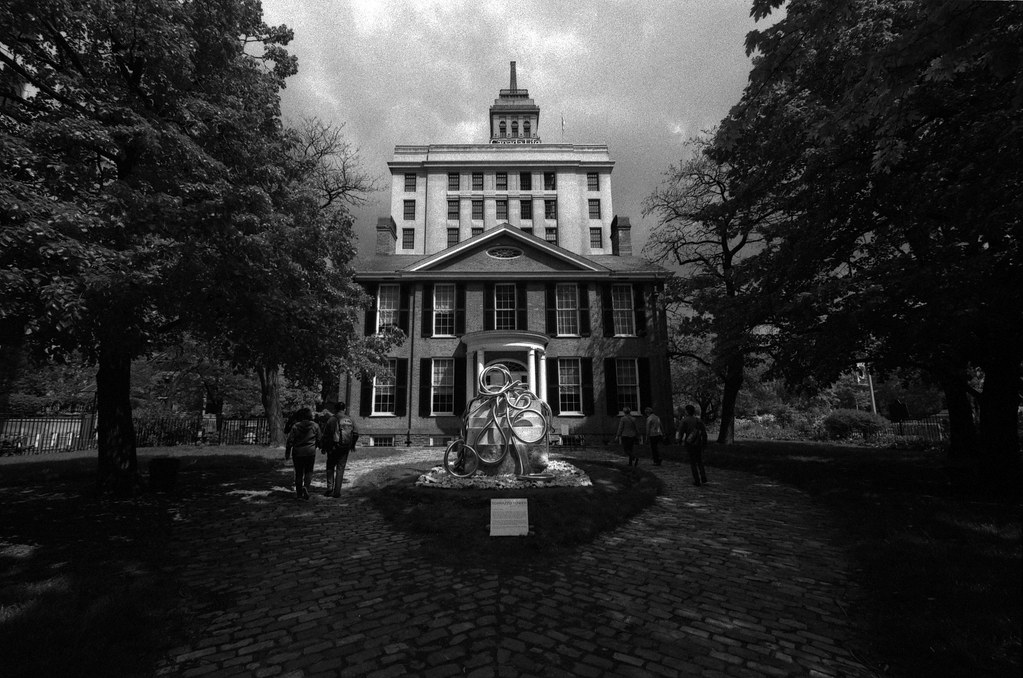 Church of the Holy Trinity: In Toronto there are many buildings that have simply defined the steady march of the city growth, places like Fort York and Campbell House, Montgomery’s Tavern, and Holy Trinity. You might have never even seen this little church because it sits hidden, a small pocket tucked out behind the Eaton Centre. And yet throughout its history, the church has had a big impact on the city. From leading the charge with social justice causes and the arts, has been a lead in fostering social diversity in Toronto in many ways including organizing concerts and community events for gay dances held by the Canadian Homophile Association of Toronto in the 1970’s and providing a location for early church congregations of Armenian and Japanese Canadians. This is the little church that can. 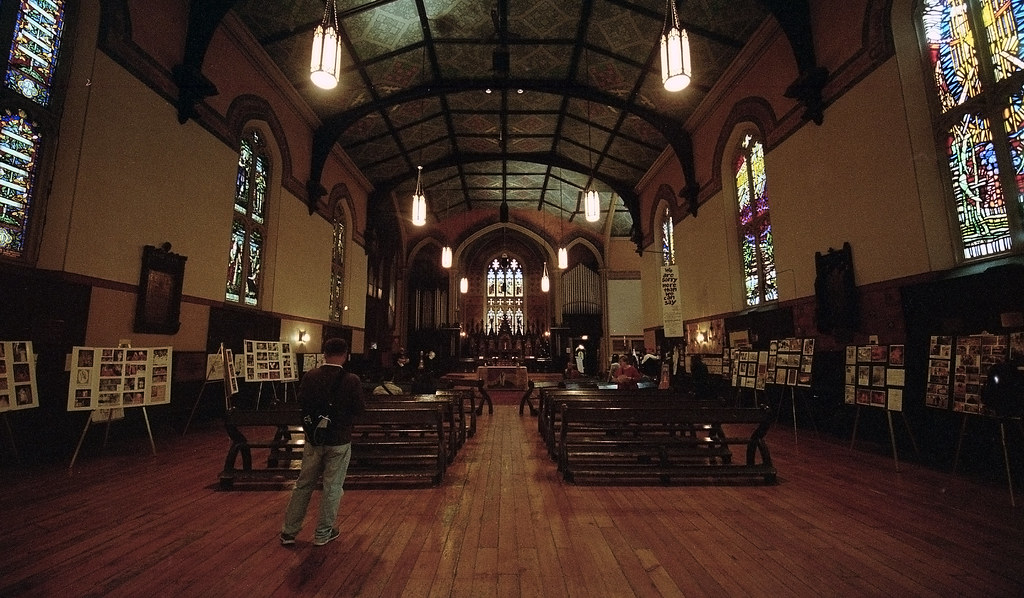 MaRS: While not my usual spot for a Doors Open Event, but having a wife who is in the medical field, a visit to MaRS was certainly in order. Built as the College Wing of Toronto General Hospital in 1913 is certainly a spot that shows the power of adaptive reuse. The Beaux Arts building designed by Frank Darling looks as it did when it was built, but you cross the threshold and it’s a contemporary wonderland. And while like many locations I lost all my interior shots, I did make a point to capture the beauty of the exterior including the central tower. 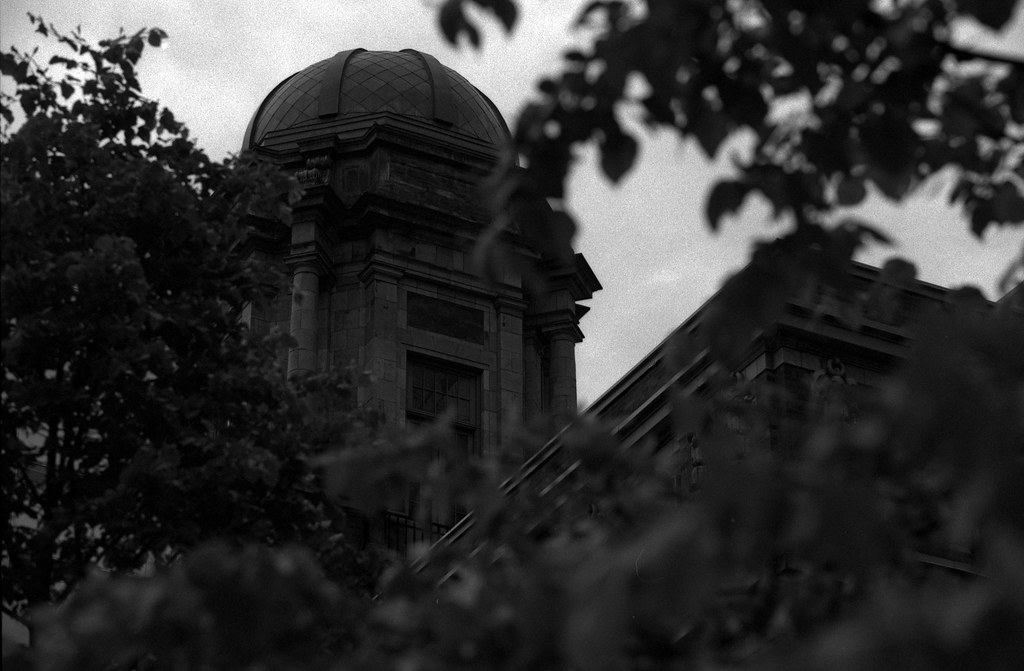 Church of the Redeemer: When a congregation decides to stay the course and rather than abandon their historic home makes a choice to restore and repair, they are to be applauded. Redeemer is one of those churches that has seen the growth of the city, while not a soaring cathedral, the church now sits in the shadow of skyscrapers. Constructed in 1871 in the Gothic Style, retains its historic beauty and charm. But my favourite feature in the whole church is the World War One Memorial windows showing wounded soldiers being watched over by an image of Jesus Christ. 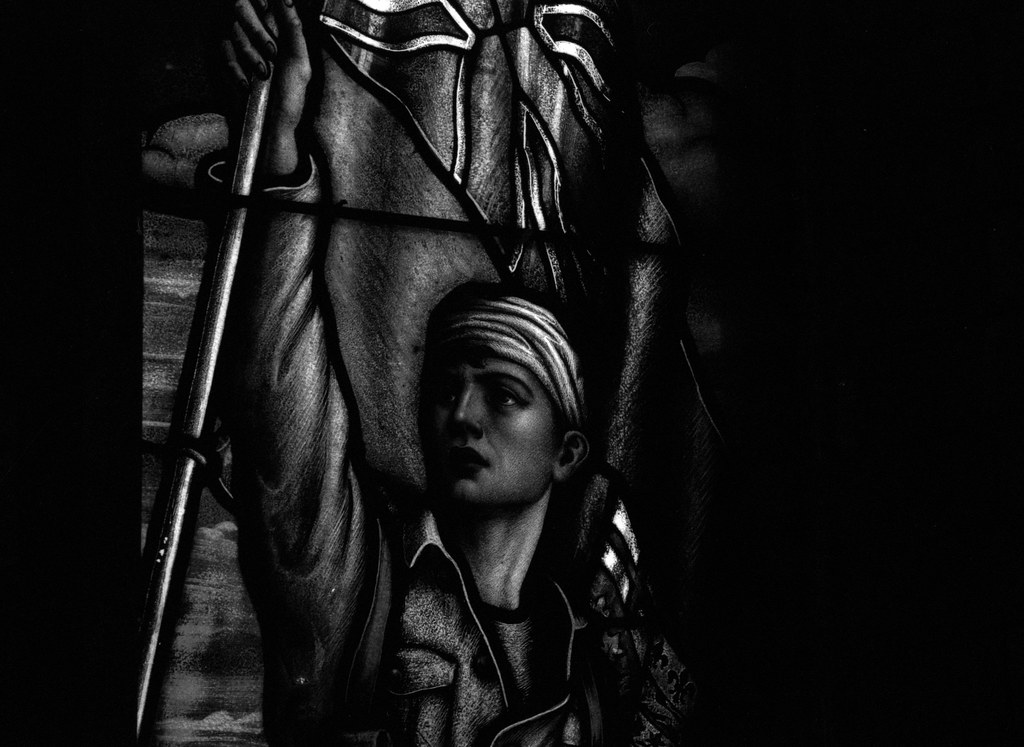 Bloor Street United Church: Like some United Churches, Bloor Street opened its doors as a Presbyterian church back in 1890. The 1920s saw the original entrance to the church demolished with the widening of Bloor Street and the congregation voting to join with the Wesleyans and Methodists to form the United Church in Canada. It was the 1950s that the history of the building gets interesting, a fire destroyed much of the building but rather than build a mid-century modern building, the building was restored to its original Victorian style designed by William R. Gregg. The highlight is, of course, the Great South Window that highlights the mission of the United Church, the unity of everyone. Look closely, you’ll see a sporty red car. 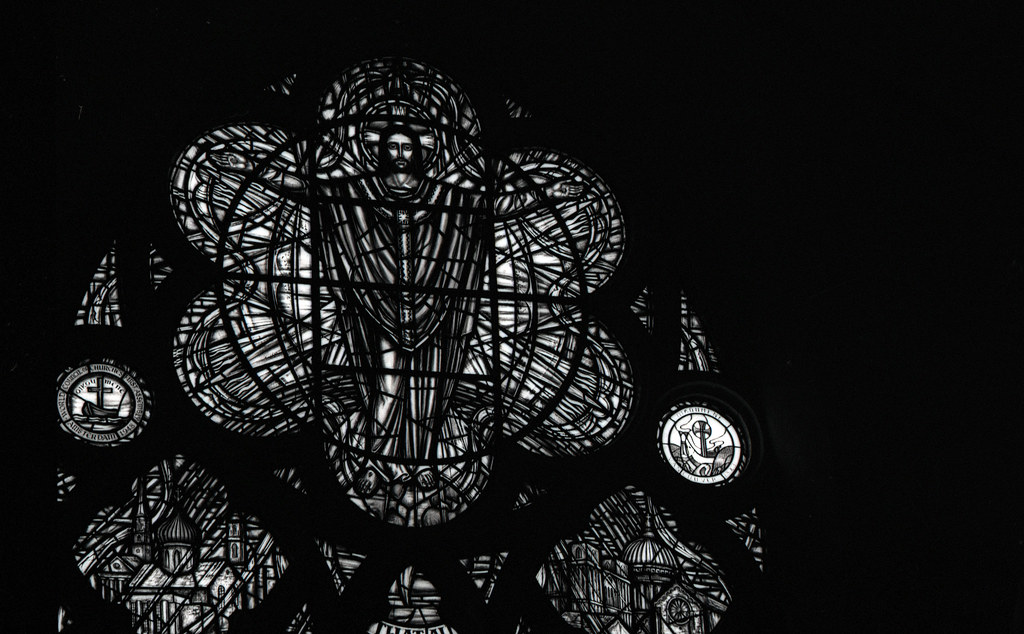 The Daniels Building: I was excited to see that this building was on the list for doors open. This is the historic home of Knox College, established in 1875 at 1 Spadina Cresent in the Gothic Revival Style. It has been a building I had always be curious as to what secrets were behind the walls. And what a story this building has, it’s been a number of departmental homes for UofT, an Eye Bank, Hospital, Laboratory, Barracks, and currently, the new home of the John H. Daniels Faculty of Landscape, Architecture, & Design. The original Gothic Revival Building restored and a new addition added to the back. It was also one of the more popular spots. 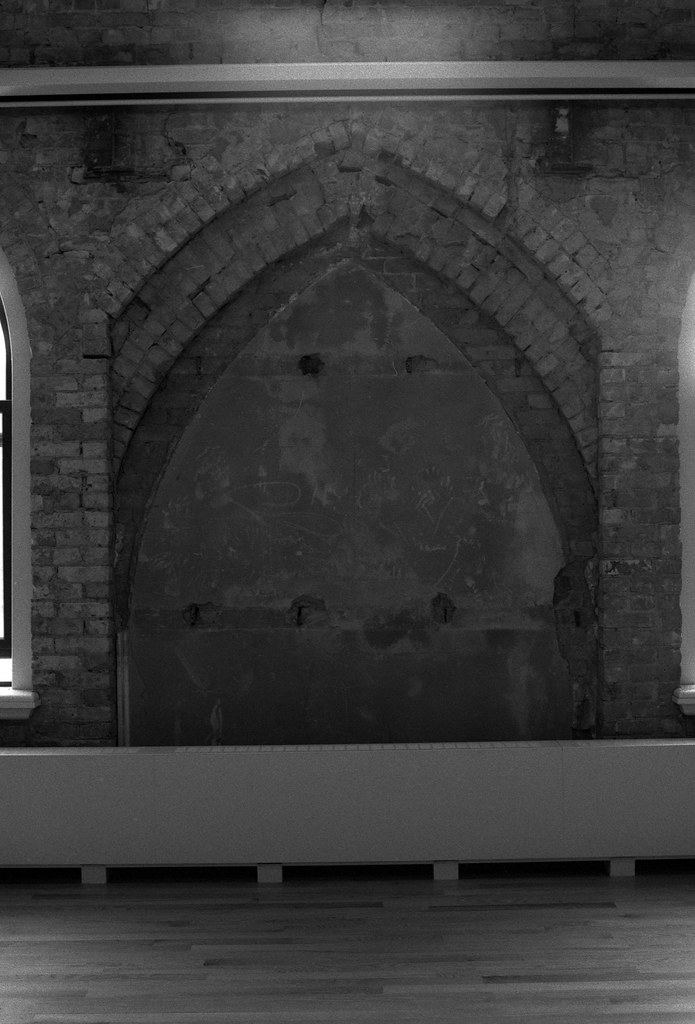 The Waterworks Building: This was a throwback for me, the giant empty waterworks building is the result of a make-work program in the city of Toronto during the Great Depression. Leaving the city with an Art Deco work building. Yet the site holds a bit of city history, being the original site of the St. Andrew’s Market, built in 1837, providing folks in the western expansion of the city a market like that of St. Lawerence. Inside it was like many of the industrial abandoned buildings I had visited in the past, at least this time around I wasn’t looking over my shoulder for cops or security. 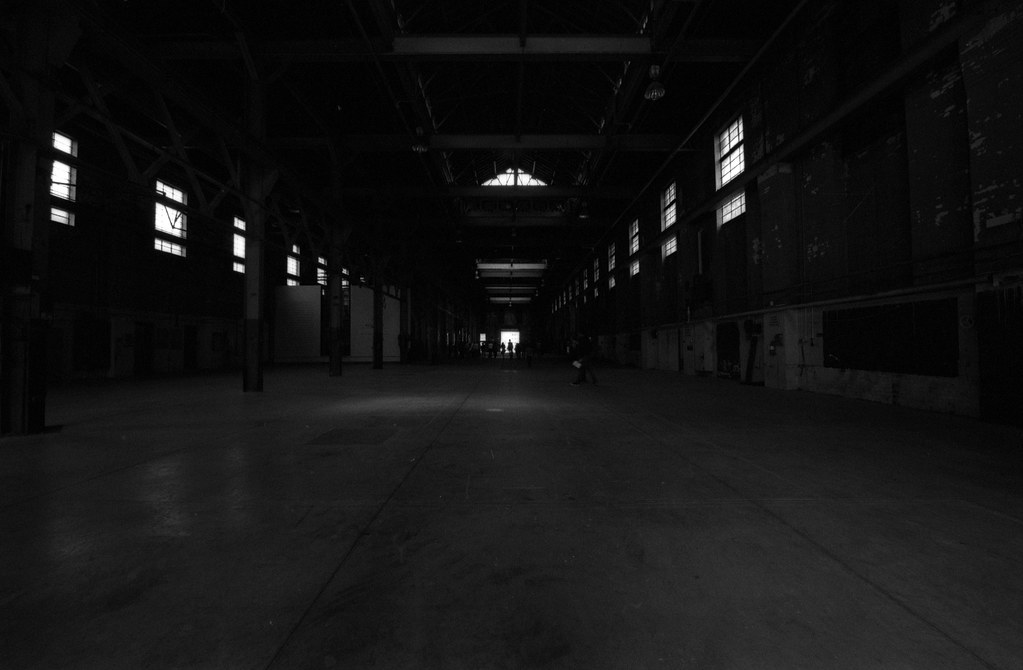 Fort York: I can technically visit Fort York anytime I want, it is, through reenacting, my home fort. But it made for a good place to end the day. Sadly I missed all the artillery demonstrations that saw the fort show off Canadian and British firepower for the past two centuries from the Anglo-American War of 1812, through the Boer War, the two World Wars and even into modern day conflicts that Canada has been involved in. At least it wasn’t too crowded and Heather and I did grab dinner at our favourite spot in the area, The Banknote. 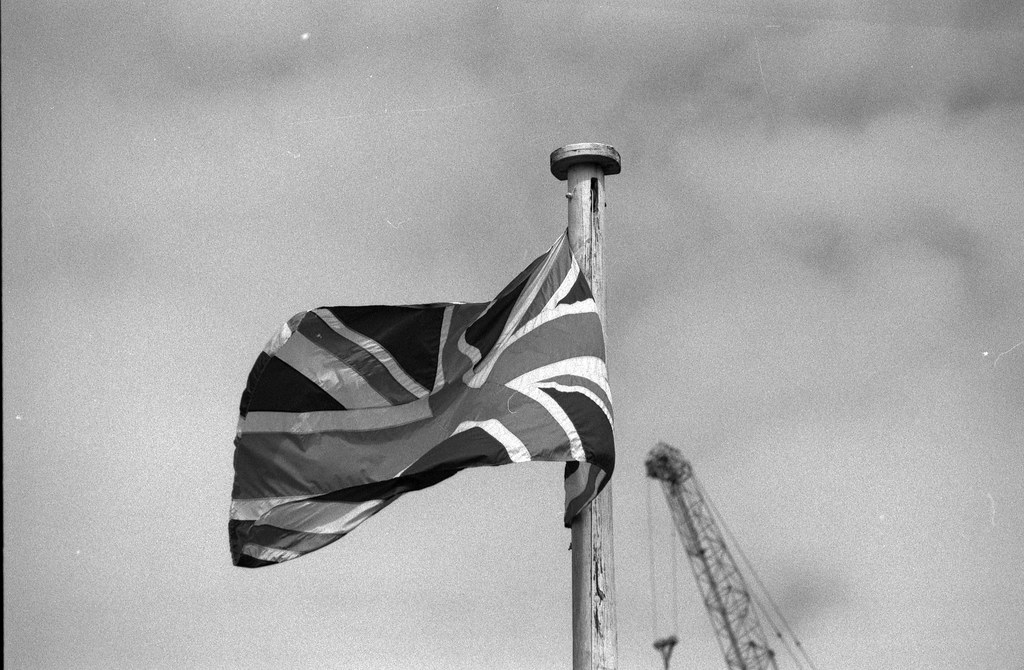 Humber Lakeshore Campus: Built as the Mimico Asylum in 1888, the hospital was the first in Ontario to use the Cottage Plan first pioneered by Medfield State Hospital as a way to control overcrowding at Toronto and Hamilton. The doors opened in 1890 the hospital would grow to 10 buildings. The hospital would go on to trial several different treatment methods. Like many hospitals across North America by the 1970s the treatment of mental health issues moved to a more in-patient method and the smaller hospitals were closed, Mimico would close in 1979. The campus would be broken up, with the old hospital buildings being leased by Humber College in 1991. The cottages and administration building would become office and classroom spaces; even the tunnels saw restoration and use. The old carriage house/fire hall would be the only service building to survive and now is a Tim Hortons. While I originally wanted to include a photo of the tunnels as I was able to secure a tour, I decided to use a photo taken of one of the old female cottages against a bright blue sky. Much stronger images than the snaps in the tunnel. 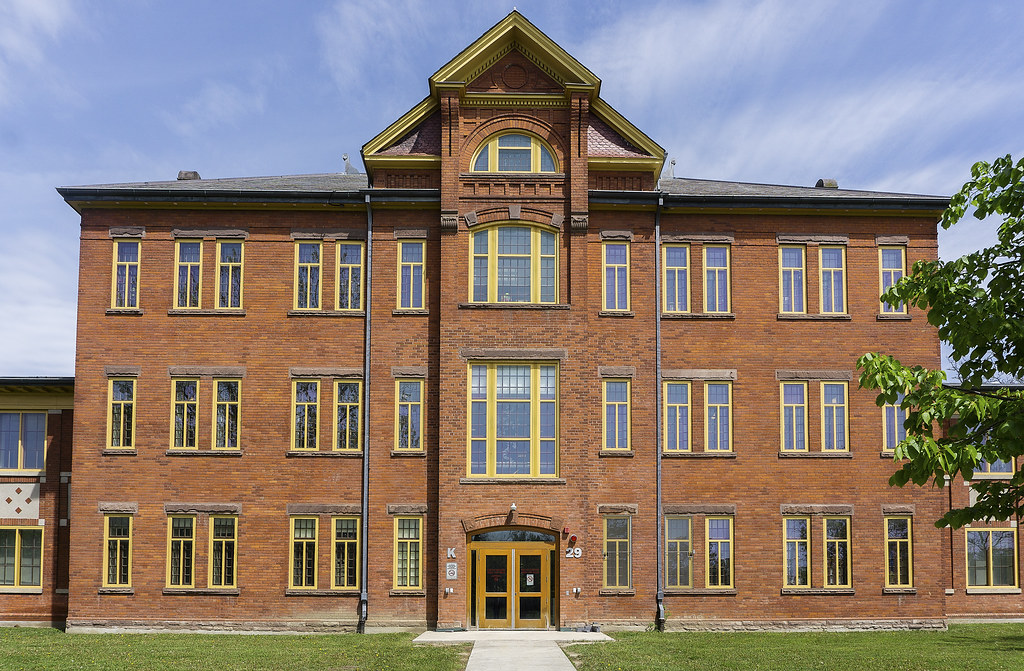 Montgomery’s Inn: Despite being a fairly old city, it takes a lot of effort to find the hidden historical sites within the modern structures. And yet they’re still there. Now I have never had the pleasure of visiting Montgomery’s Inn, despite having heard about it through a fellow reenactor. While rather hidden, it’s in a rather modern looking area. I think that’s what I like about it the most is that it’s again that little pocket of history among the modern city of Toronto. 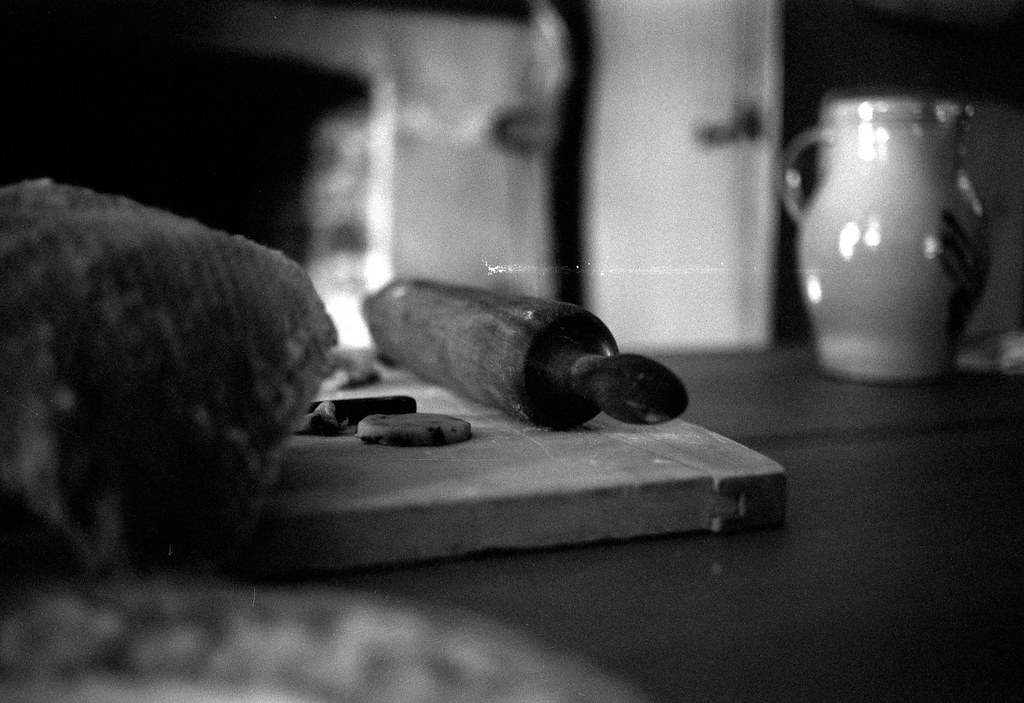 Applewood, The Shaver Homestead: Inside you’ll find all sorts of people who will tell you more history about the place than you need to know, the gentleman greeted me at the entrance. And for such a tiny museum it has a huge history that stretches out across the country. This 1851 Victorian farmhouse would become the birthplace of James Shaver Woodsworth, he would go on to form the democratic socialist movement in Canada and the political party he founded would form the foundation of the New Democrat Party of Canada. When the vote on Canada’s entry into World War Two reached Ottawa, it was Woodsworth alone who would oppose it, he would die in 1942. That’s a lot of history for such a tiny home. 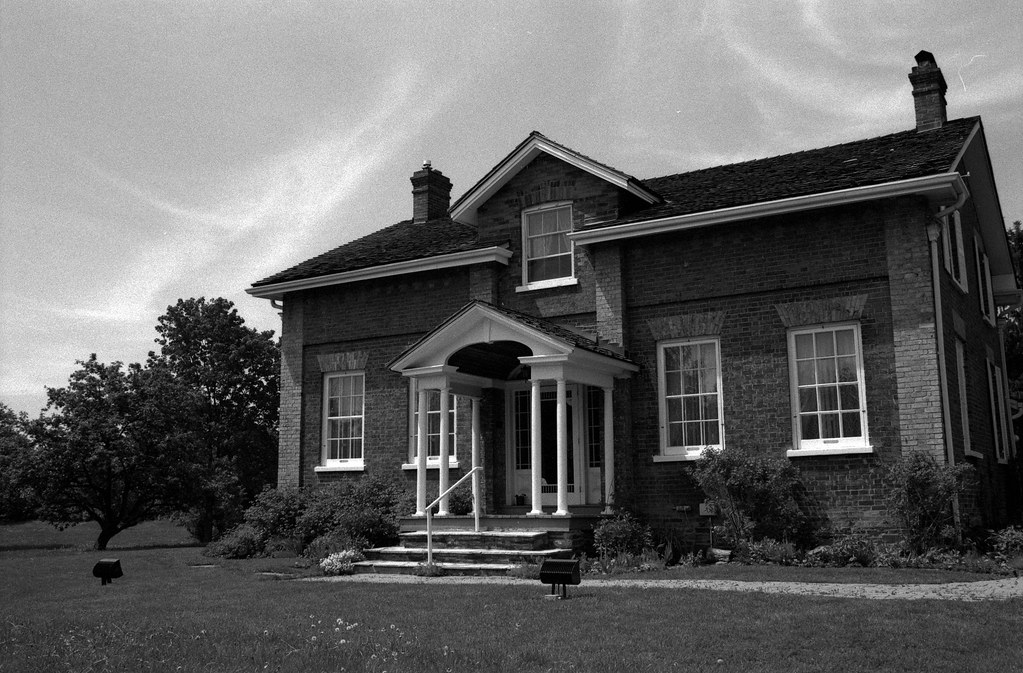 I think next year if I do Doors Open Toronto I’m going to focus on the eastern side of the city, use my car to move around at first before hitting the streets on foot. But we shall see. If you want to see more, check out the whole collection over on Flickr.