Being primarily a War of 1812 reenactor the folks I usually face across the field are the American forces, however, in 2015 I had a chance to visit Europe to join with fellow reenactors around the world to face off against the French at the 200th Anniversary of the Battle of Waterloo. It seemed some of the French were coming to visit us in Canada at Old Fort Erie. 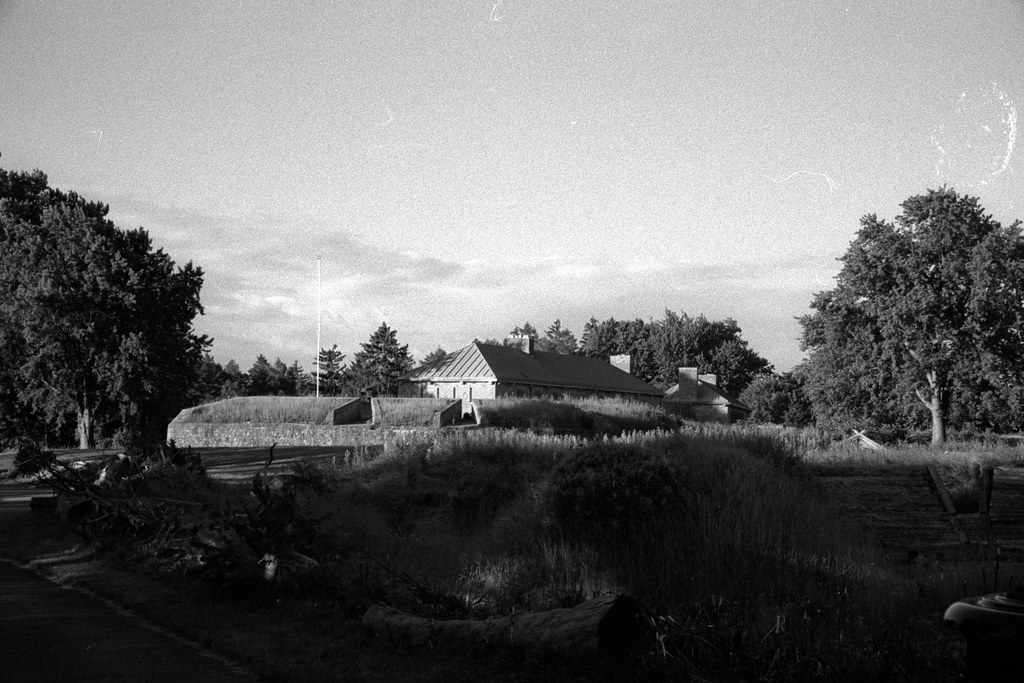 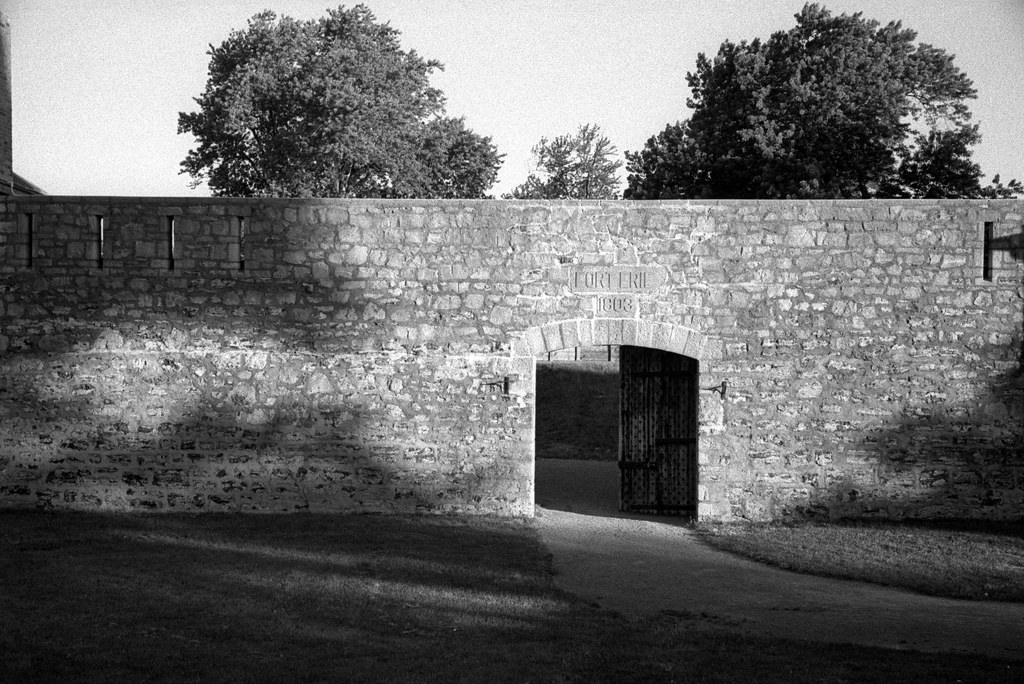 I’ll admit it was strange seeing the French tri-colour flying over Old Fort Erie, now in the role of a French captured Spanish fort somewhere on the peninsula. While marching in the army doesn’t offer me much chance to go out and take pictures, like the British army of old, there was still plenty of time to go out and get in some shooting. There were some familiar uniforms and even some familiar faces in different uniforms. While the British line was made up mostly of common 1812 units, we did have an excellent showing of Highlander units that don’t often come out to play. 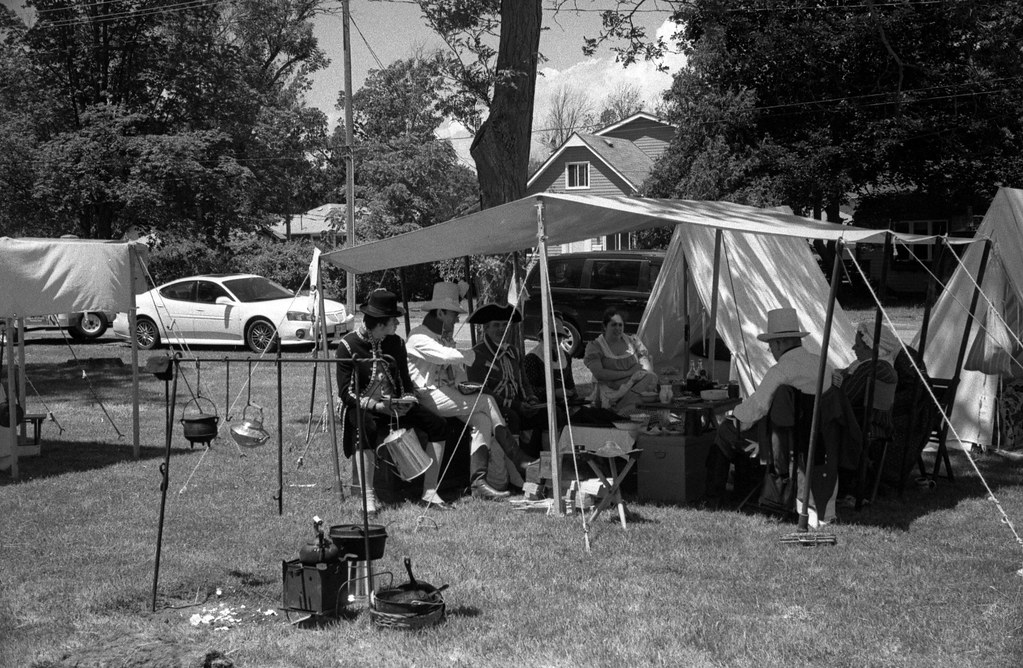 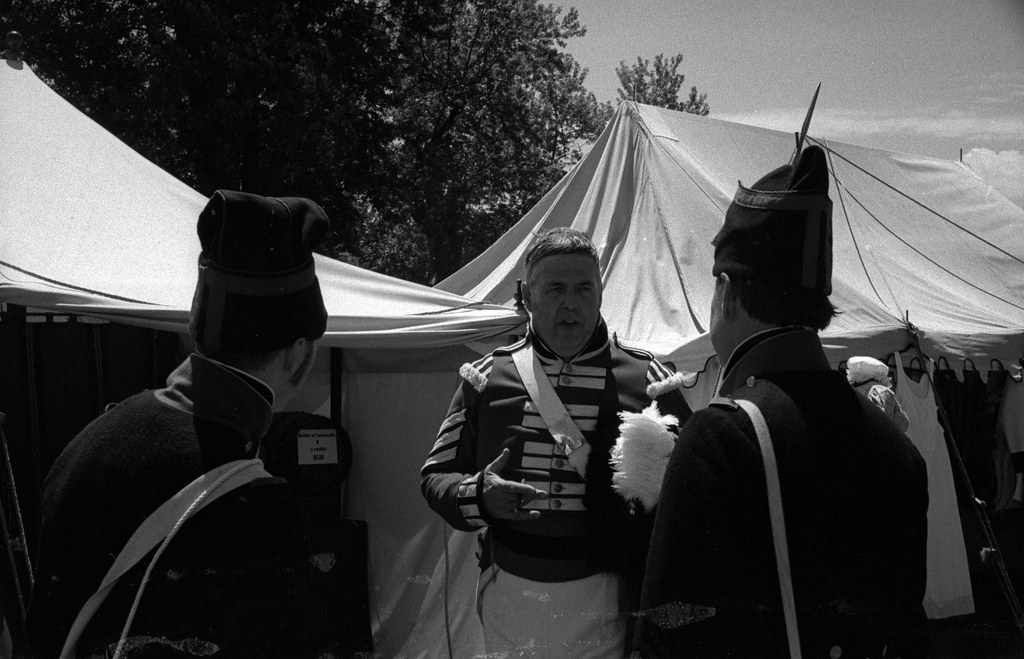 But unlike the usual scenario that we play out at Fort Erie this time the British are allowed to win and recapture the fort from the French occupiers. It made for a different experience, fighting through the narrow siege works, standing off between the redoubts and inner fort. And finally charging in with a war cry. Then promptly setting my shako on fire with my musket. Overall a fine event, it just would be nice if the other side played along in animating the fort between the action, at least make an effort. But that is something I have little control over. 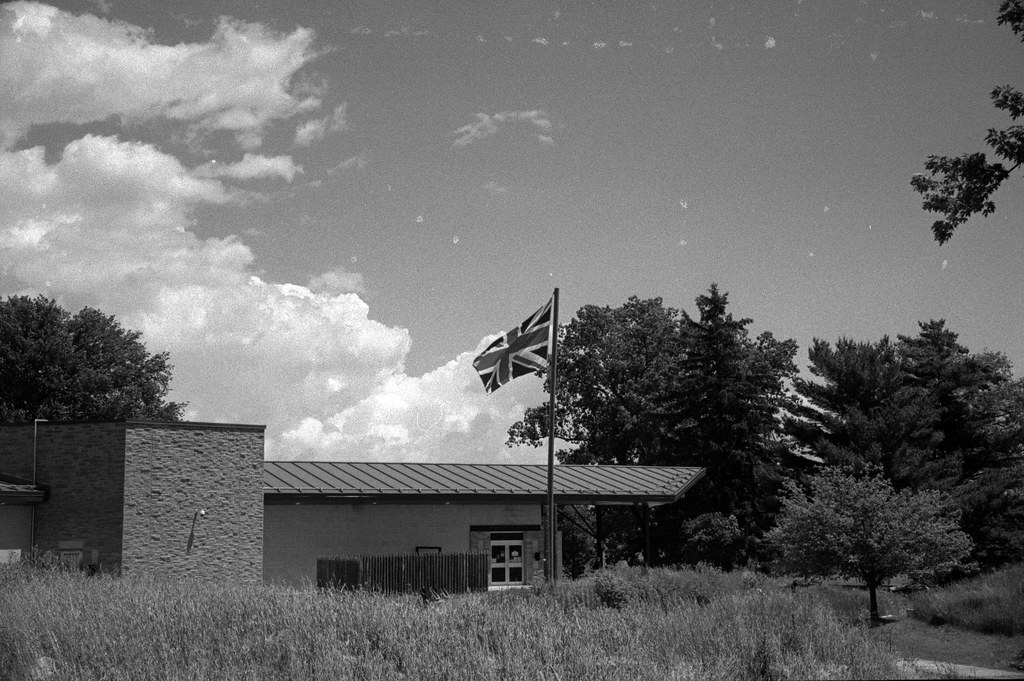 On a more technical aspect, I tried out Dilution D of HC-110 for this roll of film. You’re probably thinking don’t you mean Dilution B? I had never seen Dilution D before either and had shot this roll of Tri-X at ASA-250, I was scrolling through the Massive Dev Chart looking for an option. I’ve always been a big fan of HC-110 and Tri-X so I figured this would be no different. Well it was, I found the grain a lot rougher than I expected and a bit muddy. So this clearly isn’t a good choice, which is probably why no one has heard of Dilution D.