In the past, I have chosen to use just a single film stock to shoot these film challenges laid out by Emuslive. Not because I have to based on the rules of the challenge, just because I choose to. In part one I used Delta 100 in 35mm and part two Delta 400 in 120. But for part three I decided to go crazy and shoot not one, not two, but four rolls from all across the spectrum. Following no real pattern, shooting from the hip and living with the results! I plan to have seven solid shots from each of the four rolls to toss into the ring for the judges that make up the board for the Delta Def Jam!

Roll One – Into the Valley
One of the joys of working at Sheridan College’s Trafalgar Road Campus is that I have a beautiful valley behind the campus in which to escape from the world of computers. For me, it provides a haven from the stresses of work! 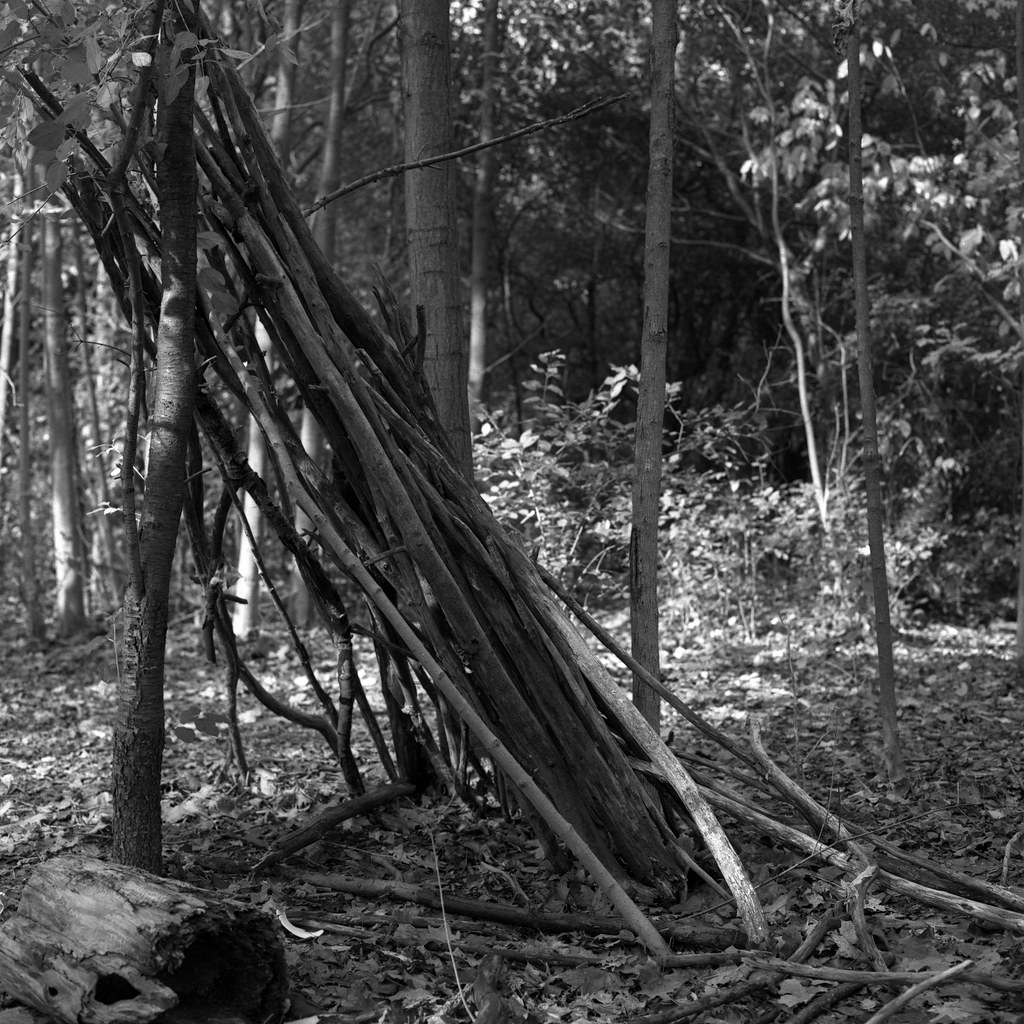 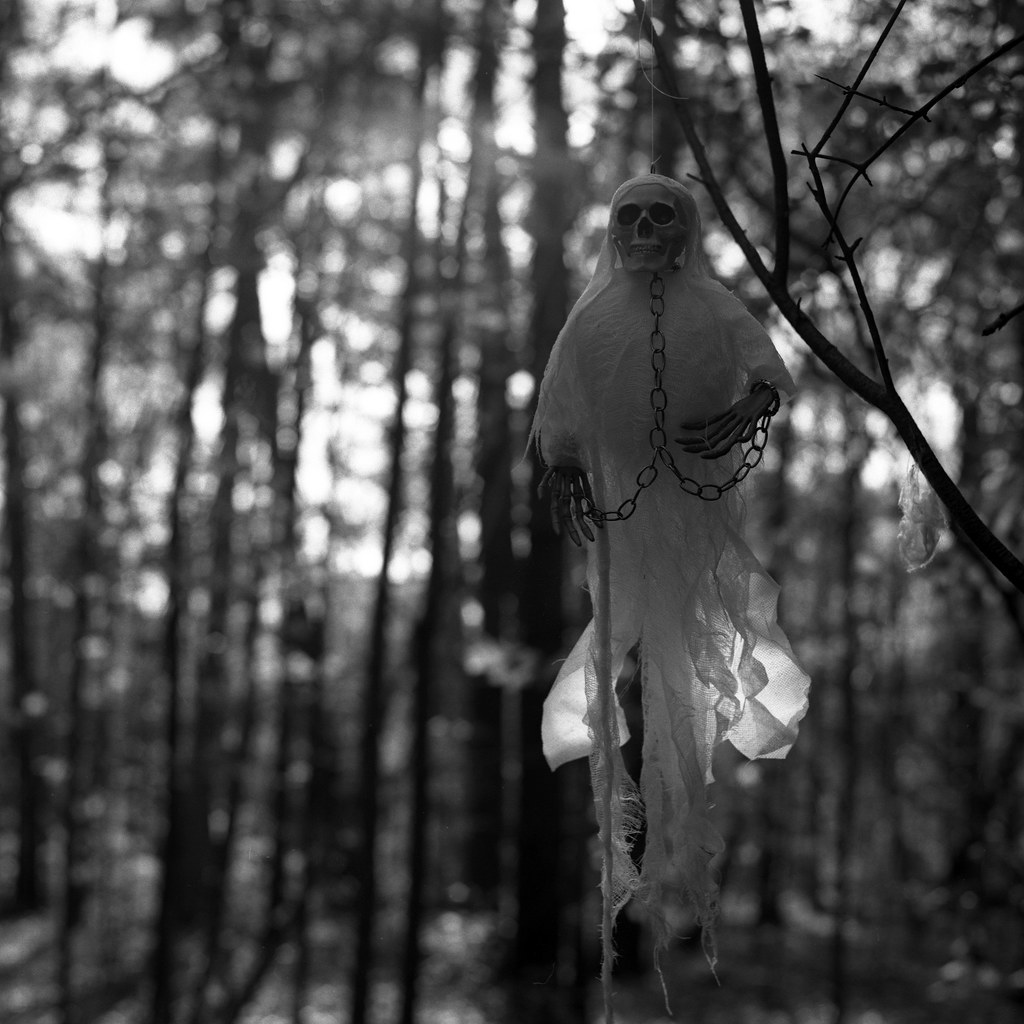 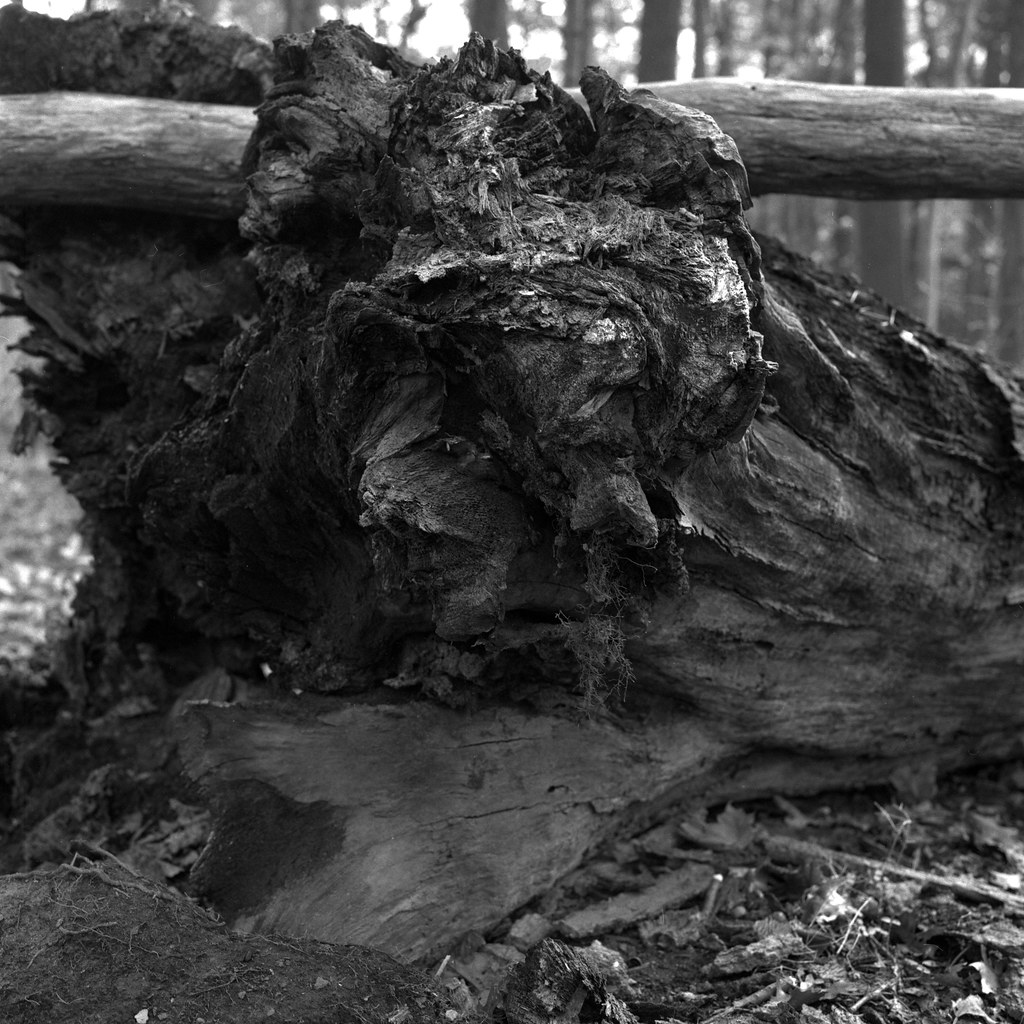 Roll Two – Of Abstract Nature
I had originally wanted to shoot some street style portraits of the faculty on the picket lines as if you’ve been following the news here in Ontario all the College faculty are still on strike. However, the day I was shooting, bad news had been dropped so the feeling on the line was low, so I decided it best to just avoid them and headed back into McCranney Valley to do some detail shots. I have, in the past, shot Delta 3200, and it isn’t exactly my film of choice. But you don’t turn down a free roll so I pulled it to ASA-800 and let fly. And despite being ever so grainy, I am actually pleased with these! 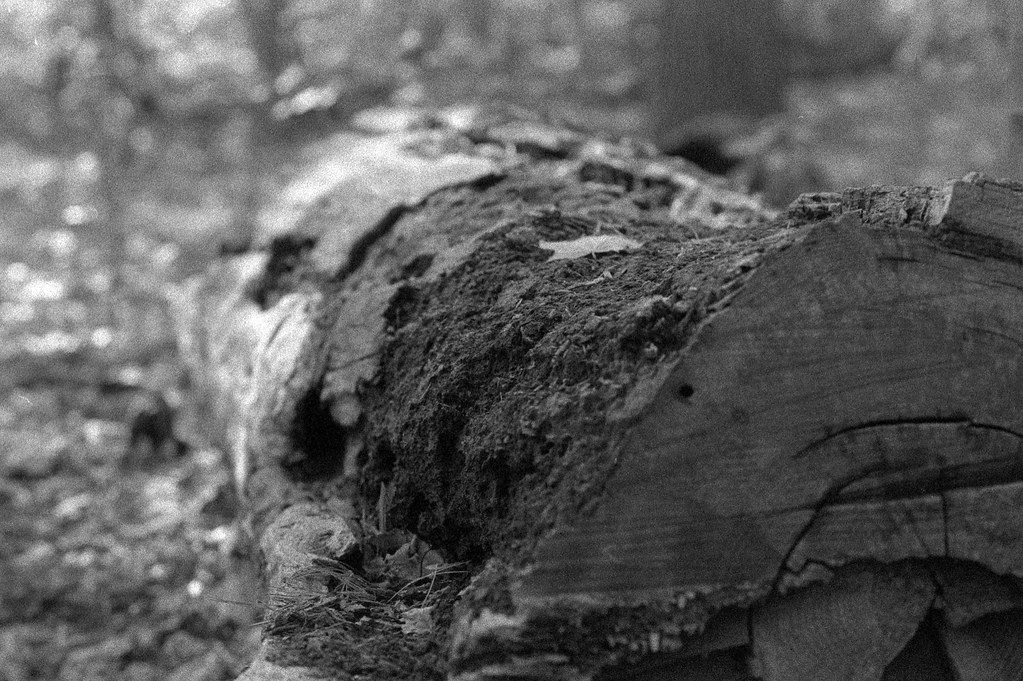 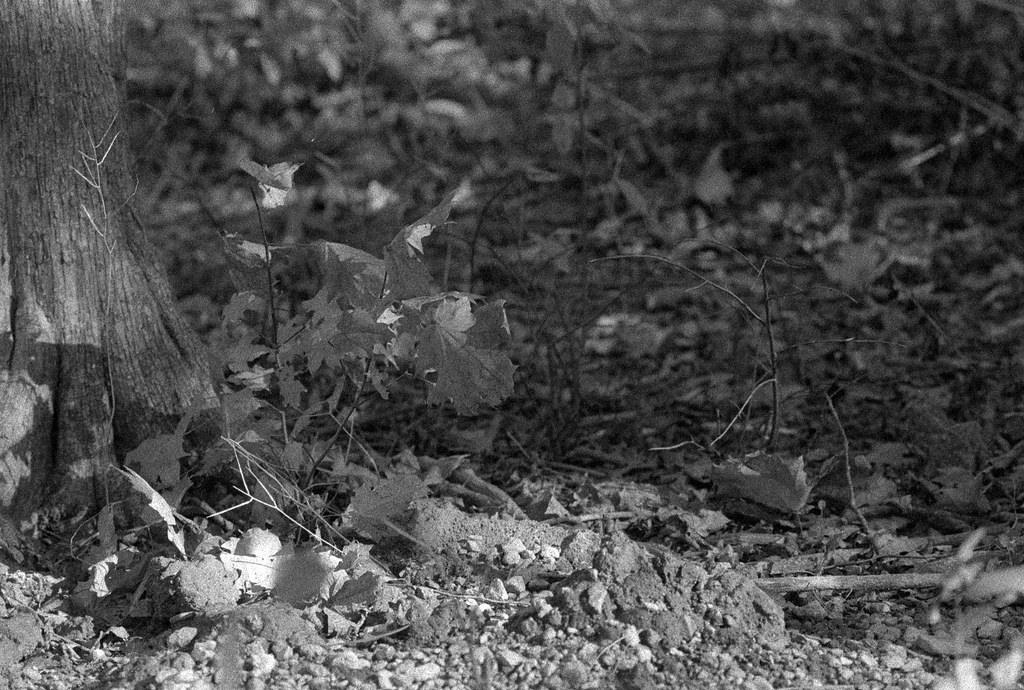 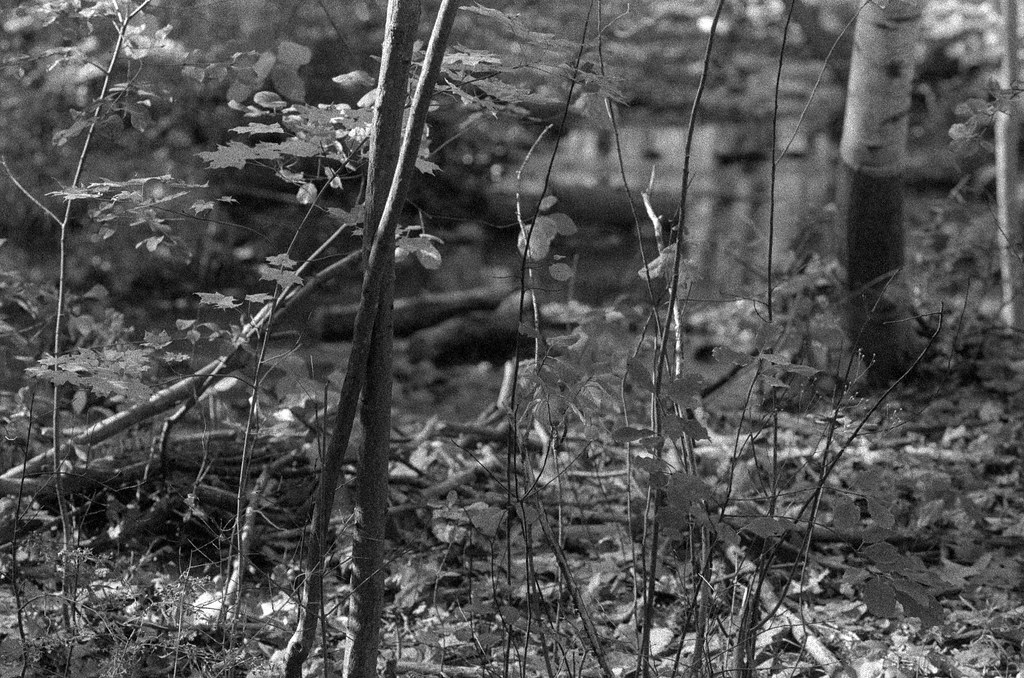 Roll Three – Early Mornings
As the weather has all of a sudden turned cold here in southern Ontario, it’s time to get the winter tires installed on my car, so a Saturday morning found me in downtown Milton. While waiting for my car to be done so, I figured it was perfect to get those early morning rays in the historic downtown with the Hasselblad and Delta 400. 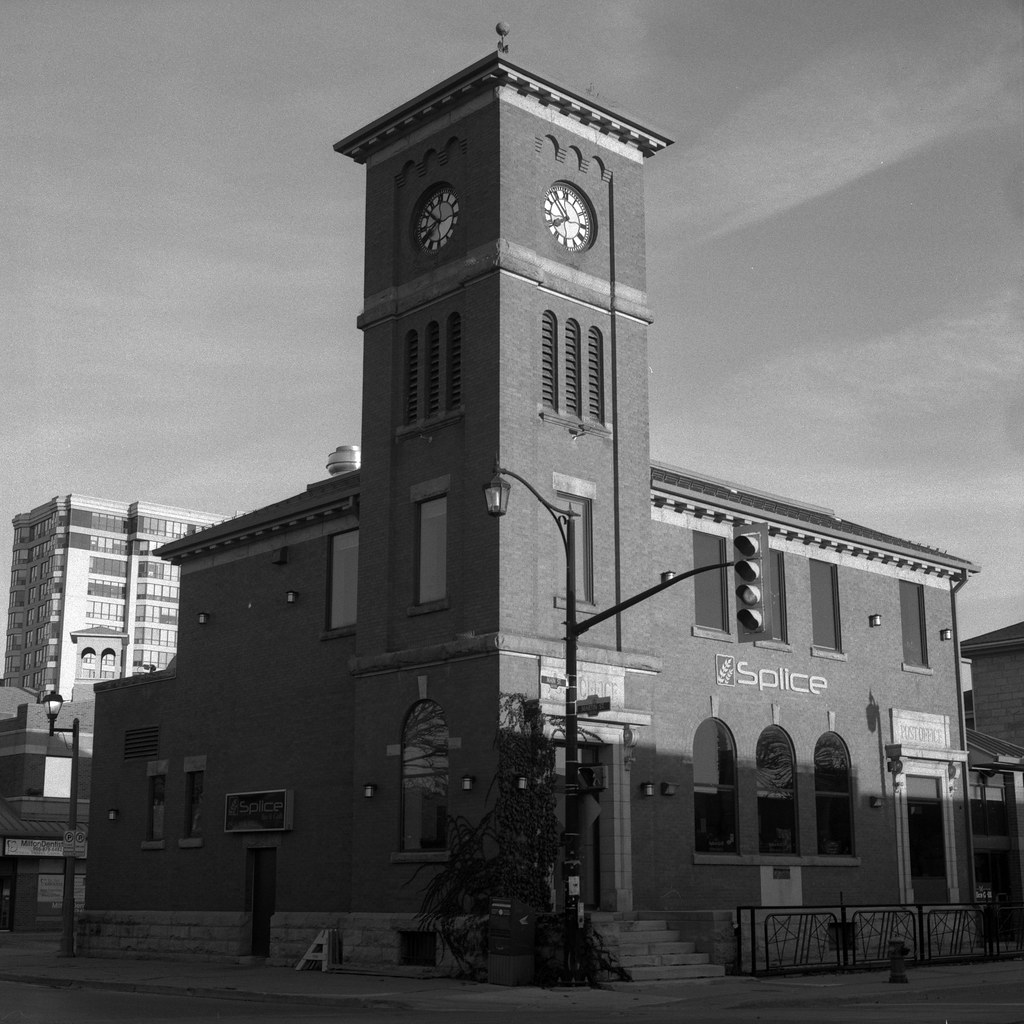 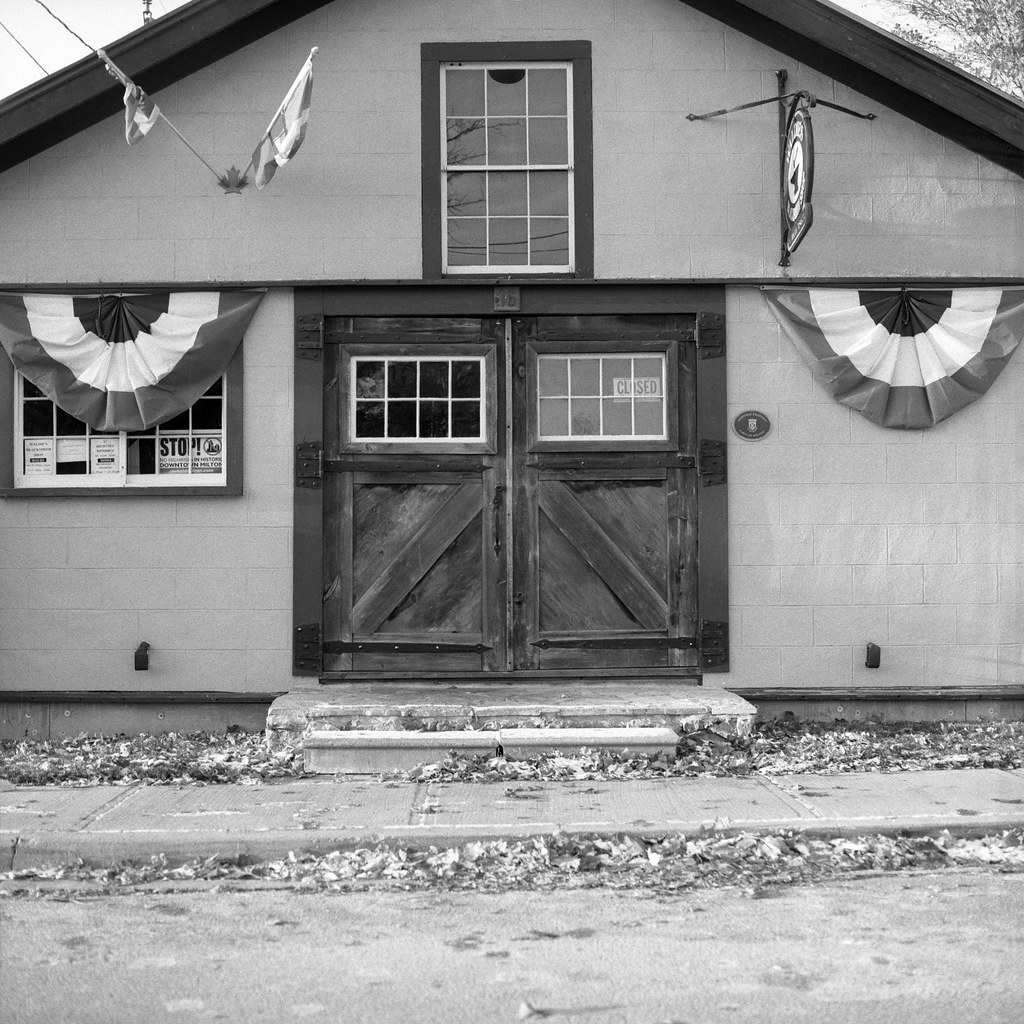 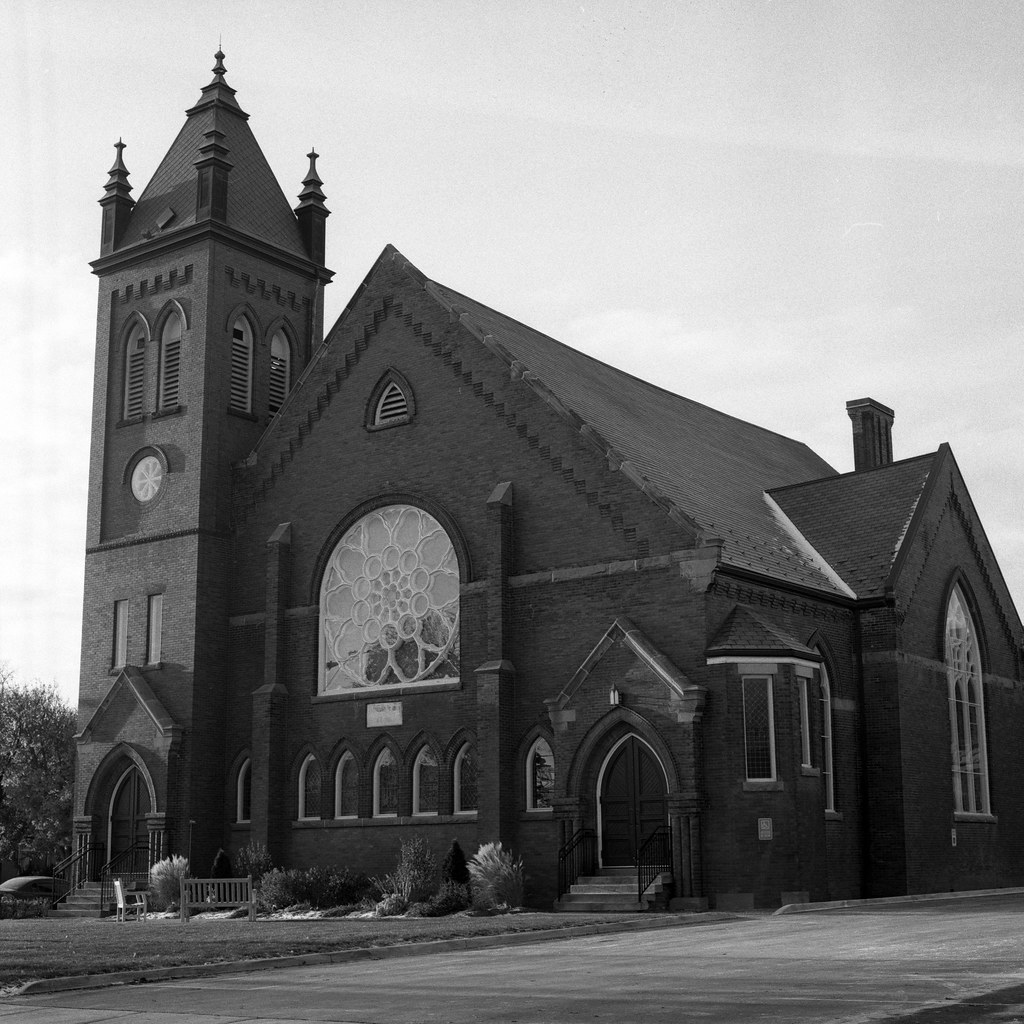 Roll Four – We Will Remember Them
The final roll of the jam I took out to my local Remembrance Day ceremony. And it was cold, so rather than take out an electronic camera with AA batteries, I decided to run with something a little more mechanical in nature and decided to shoot my F2 with the 135mm f/2.8 lens. I aimed to capture respectfully the faces of those in attendance especially the veterans who still live and who’s friend’s names could be listed on the cenotaph. For me, these ceremonies are emotionally charged so having a camera helps keep me grounded. 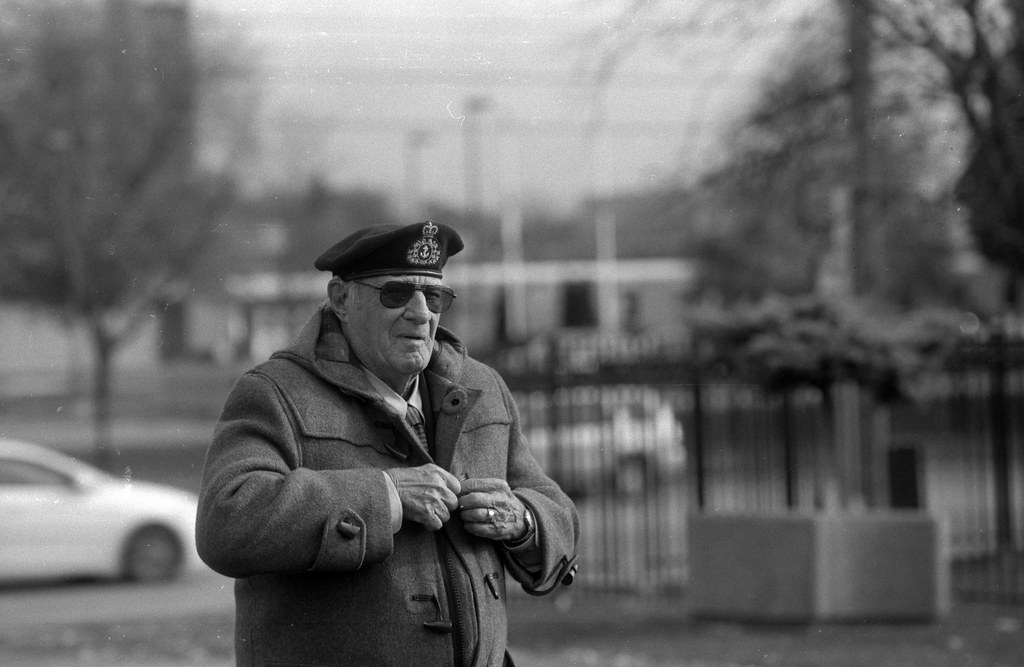 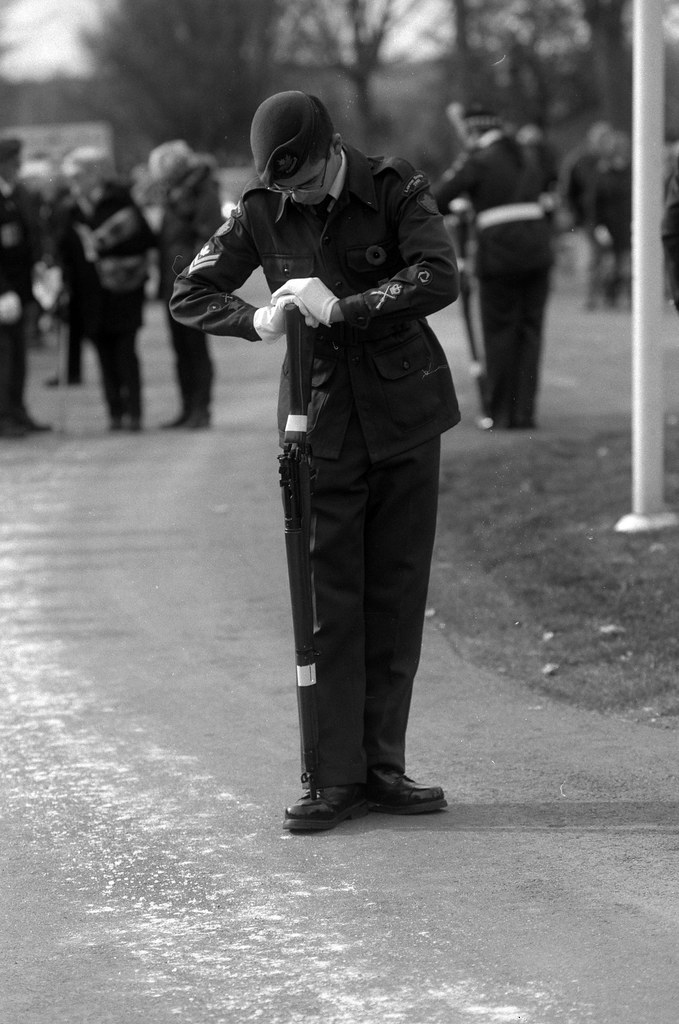 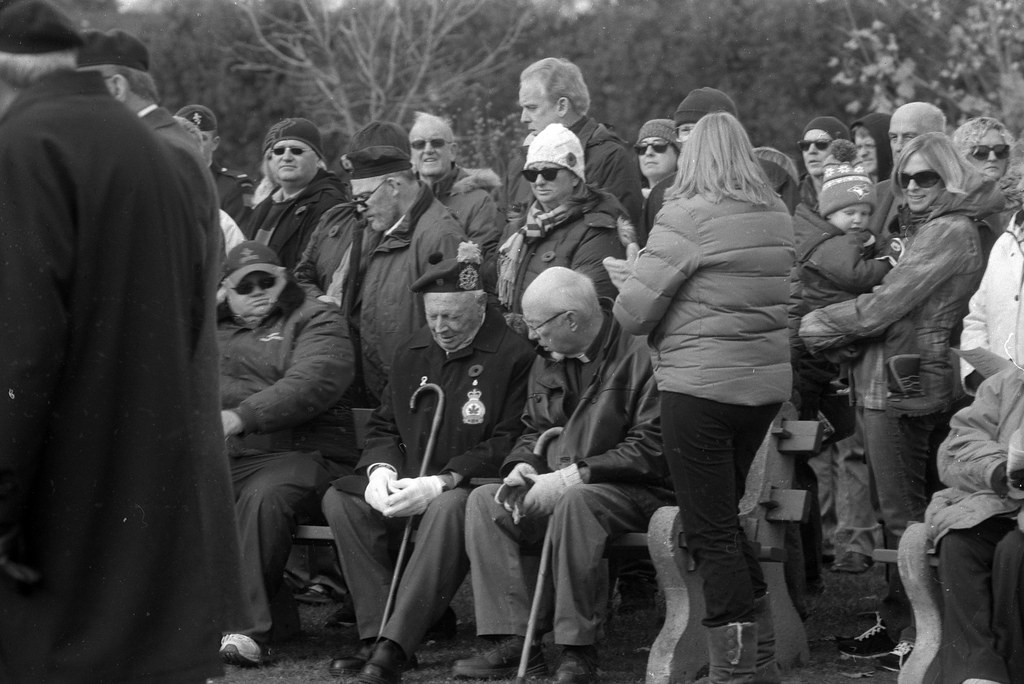 And that’s it! It’s been an amazing three months and the finalists who made it through September and October have outputted some fantastic work with the Delta line of films. I even had a chance to prove that I do actually like Delta 400 I just need to develop it right and Delta 3200 is still really grainy, but hey it was a fun roll to shoot! Next up I’m looking forward to the return of the FP4Party! I have my plan, my cameras, films, developers, and locations ready!