Well, looks who’s back! It’s the FP4Party! This time around I have no outstanding projects so unlike in the final FP4Party I can actually work hard on this one, unlike the last time I gave a rather lack-lustre performance. I sat down early and planned out my week, collecting five ideas of where to shoot and what I wanted to shoot with. The film, of course, a favourite of mine, Ilford FP4+. I came up with one roll of 35mm, three rolls of 120 and a box of 4×5. Now in the past, I’ve usually stuck to one day of shooting for these parties. But after the third month of the Delta Def Jam, I realized it can be a lot more fun to get out there and shoot over the course of the whole week and really get into the event. I wasn’t going to let the weather stop me and managed to get a solid seven days of shooting! The final count is 20 sheets of 4×5, all three rolls of 120 and then a roll of 35mm. With a bit of planning, I had everything processed in three days and three days worth of scanning and post-processing.

Day One – White Christmas – Oakville
It might be the first week of December, but for me, the Christmas season is in full swing. So why not head down to lovely downtown of Oakville, Ontario. Beautiful old homes and 19th Century charm to go with the large Christmas tree in the middle of the downtown. It helps me dream a little bit of a White Christmas. Plus it gives me a chance to escape from work just a little bit. 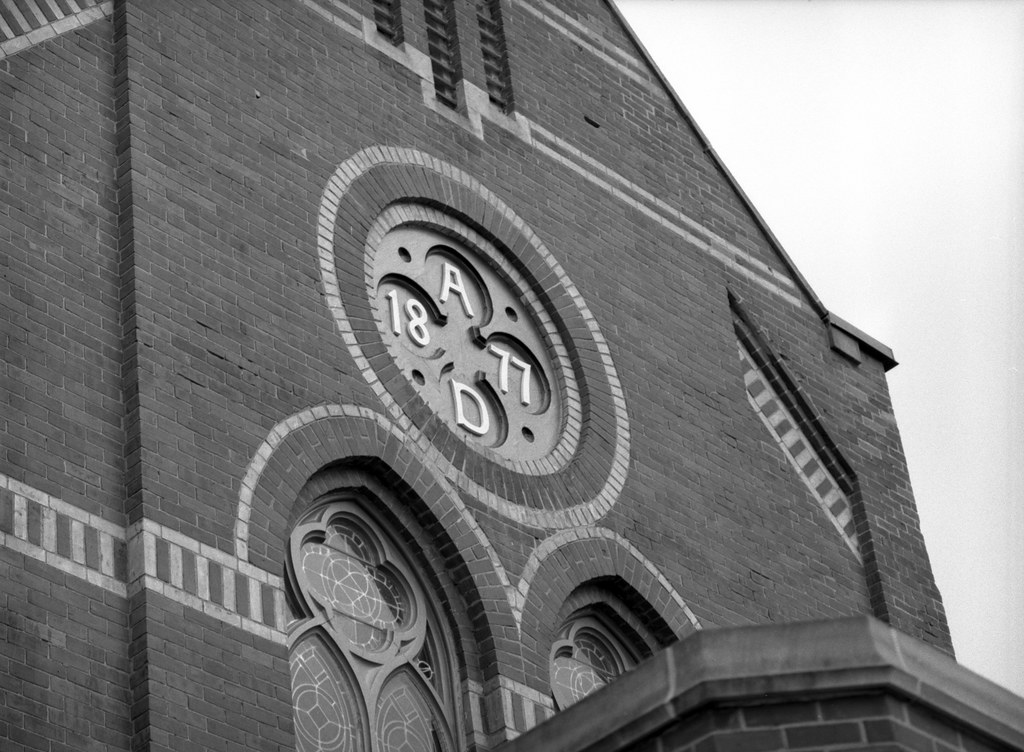 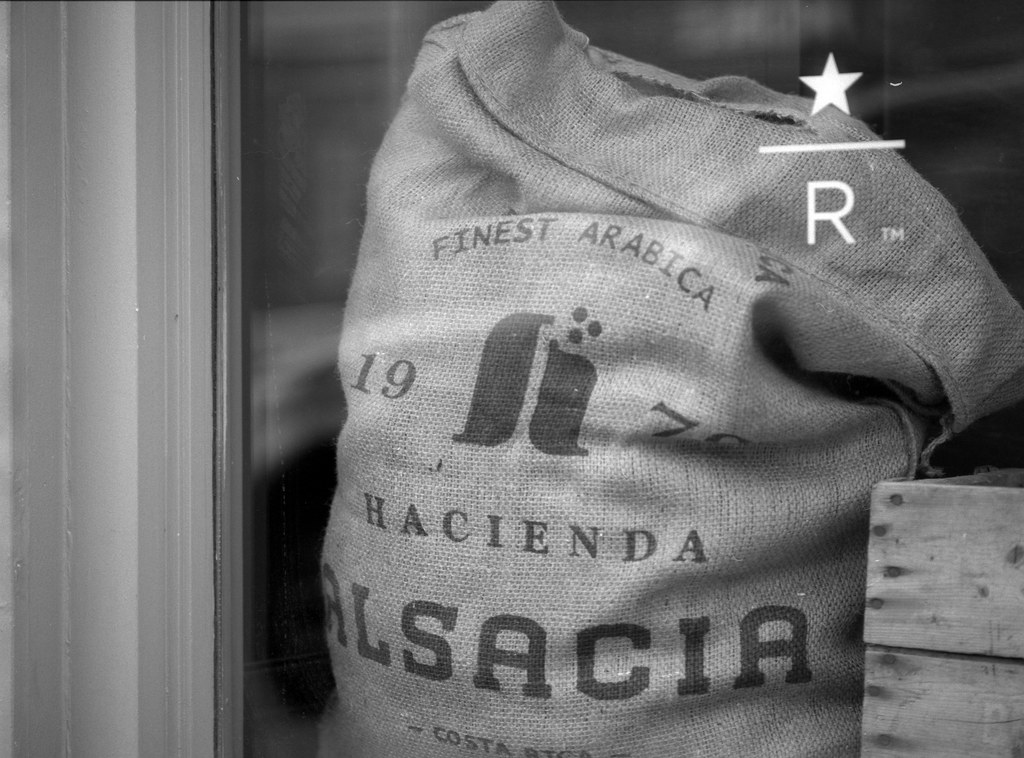 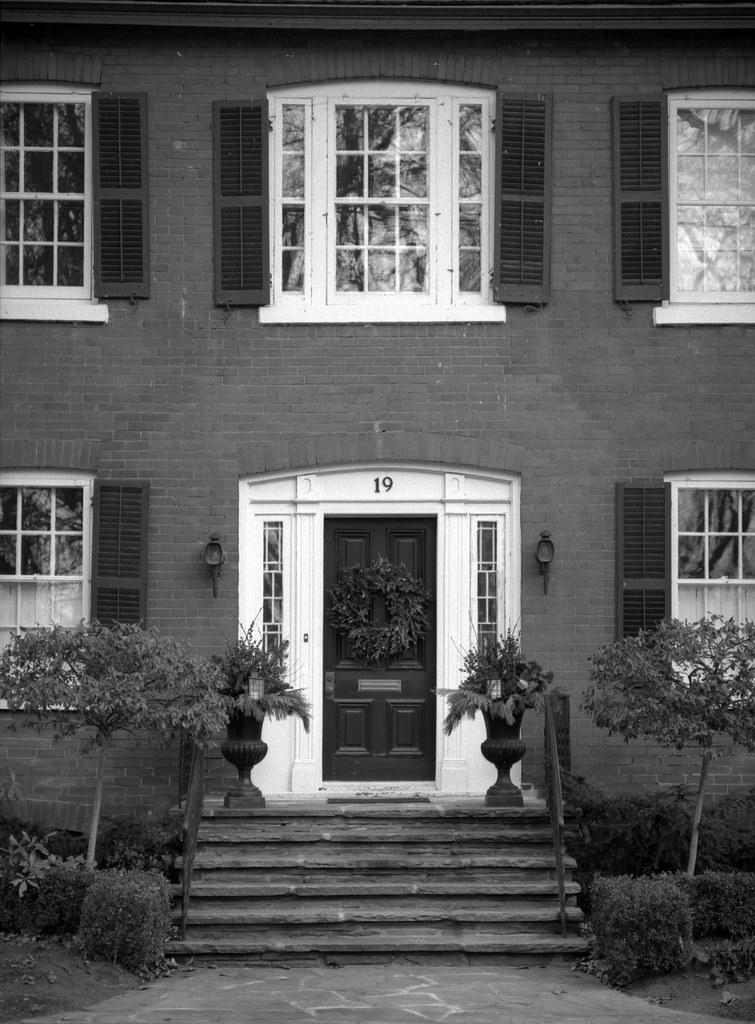 Day Two – If It’s Love – McCraney Valley Park
When you work in IT and also have a love of Photography, and you have access to plenty of amazing spots to take photos. Including one that has appeared many times in my work, McCraney Valley Park, located just behind the Sheridan Trafalgar Campus. But unlike many other times I’ve photographed this little gem, I made a point to get in close, shooting nothing beyond f/16 just to show off the nice out-of-focus areas that my large format lenses can produce. If it’s love, why not shoot with it! I decided to stand-develop this film, while not my usual method its one that’s been coming back into my technique drawer. 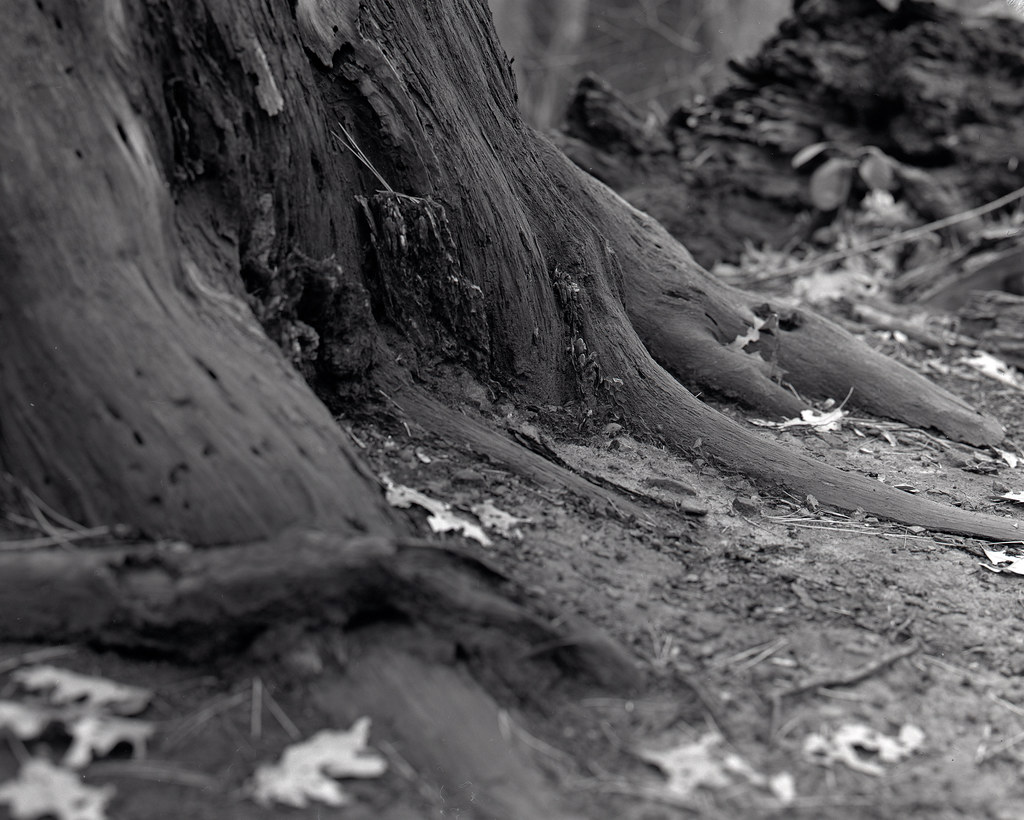 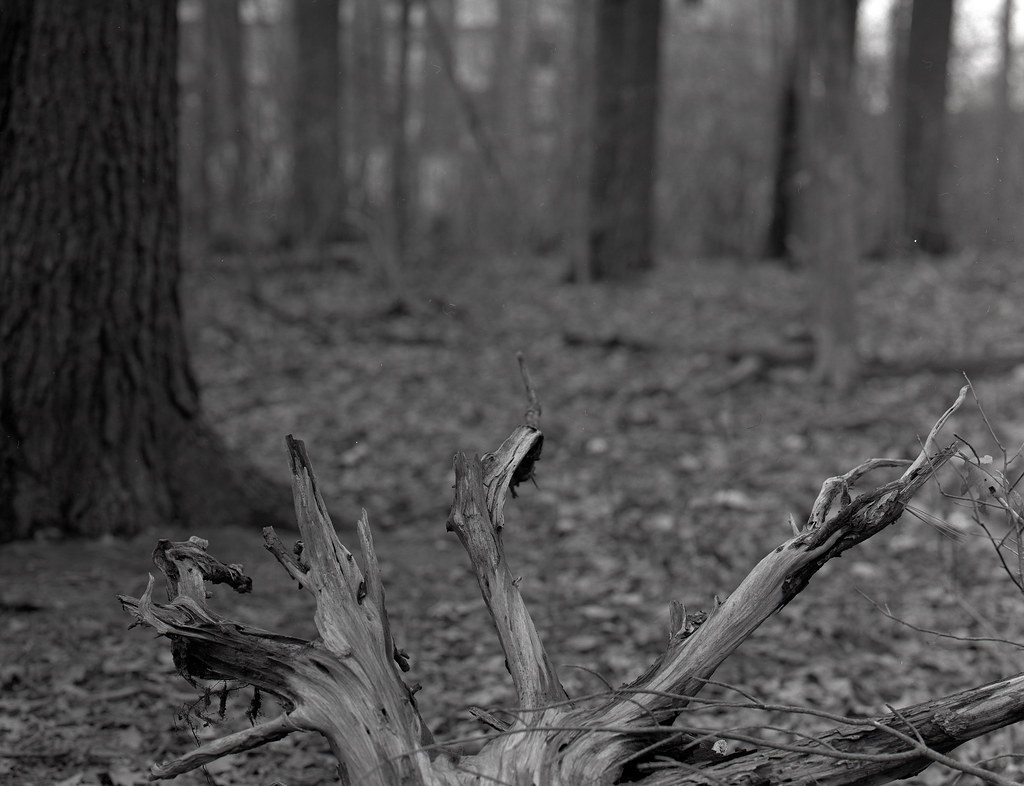 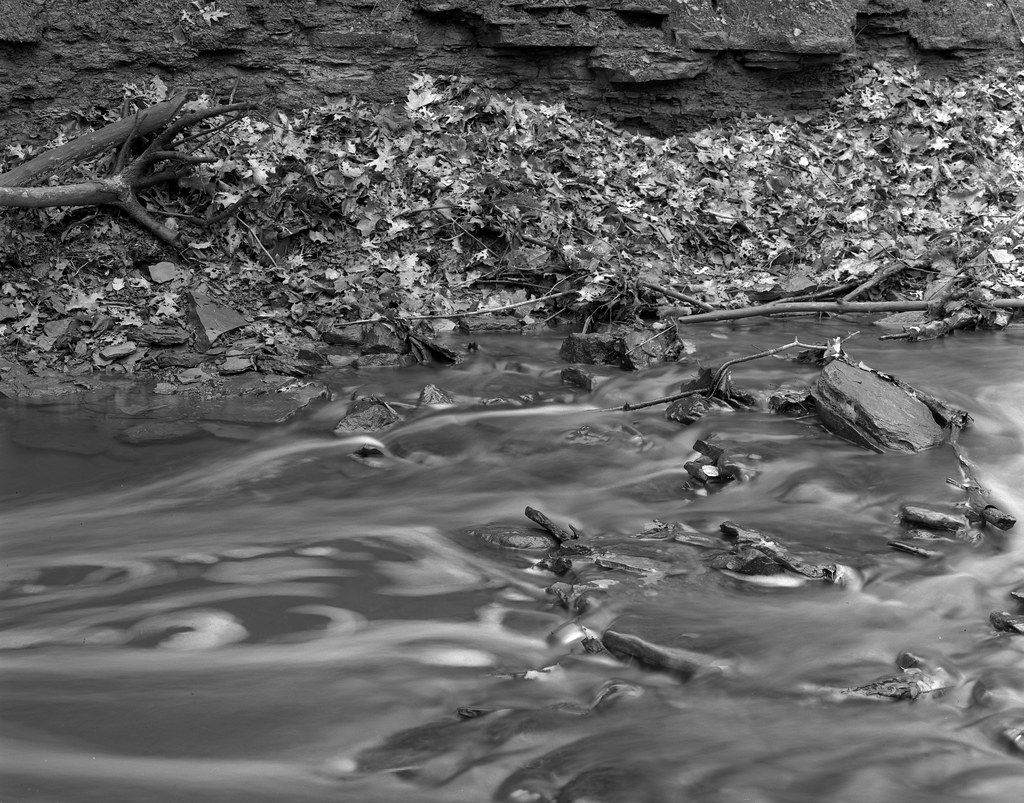 Day Three – Empty Streets – 4th Line/Omagh
If you look hard enough around the rural areas of Oakville and Milton you’ll discover that there are lots to explore. From the empty streets of the 4th line, now Glenorchy Conservation Area, to empty farmhouses in the village of Omagh. Not everything has been knocked down. While the 4th Line was shot at the noon hour, the abandoned buildings were better lent to the dying light of the day. Nothing like a seven-minute exposure in minus seven-degree celsius weather. But totally worth it! 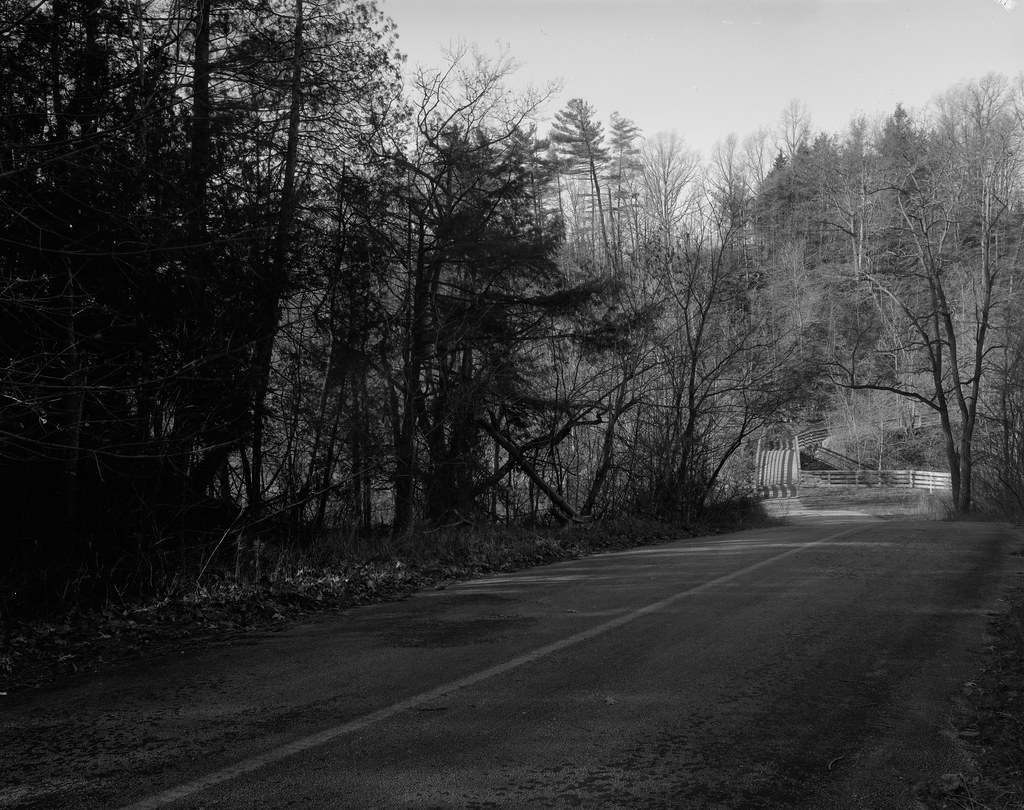 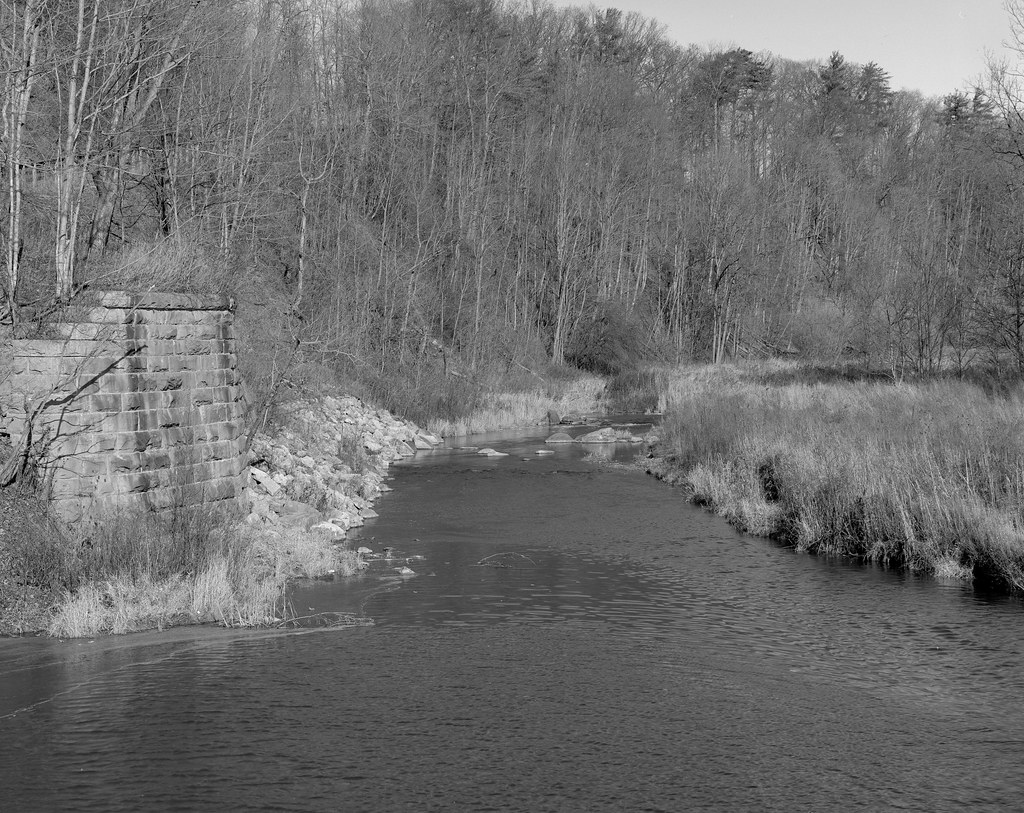 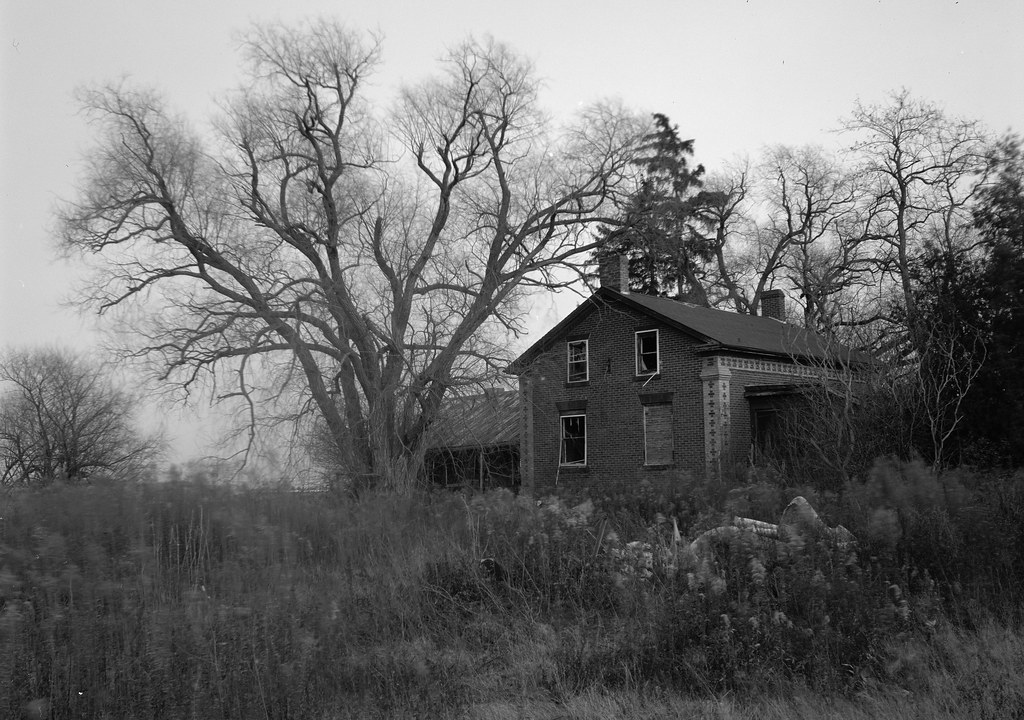 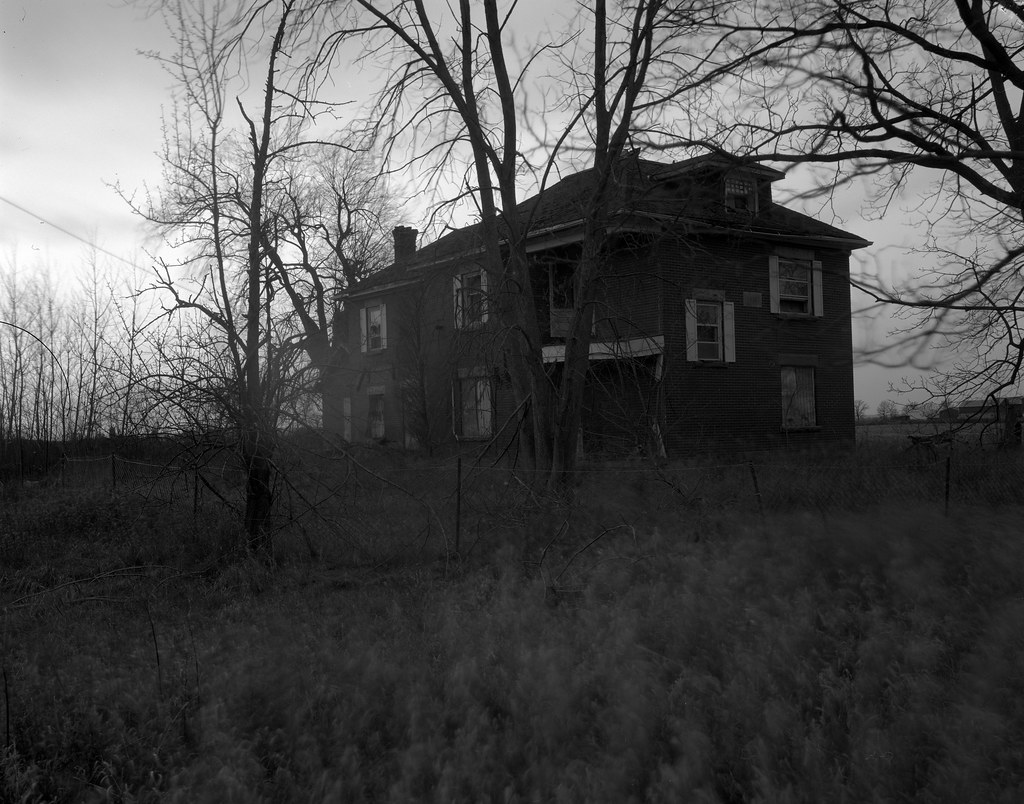 Day Four – Rather Be – Milton
For a few years, I did my hardest to escape my hometown. Of course this was all in vain, because I was never meant to leave when I wanted to, and today, by the Grace of God alone, my staying has been a blessing for me, as by staying I met my future wife, fell in love, got married and now there’s no place I’d rather be. 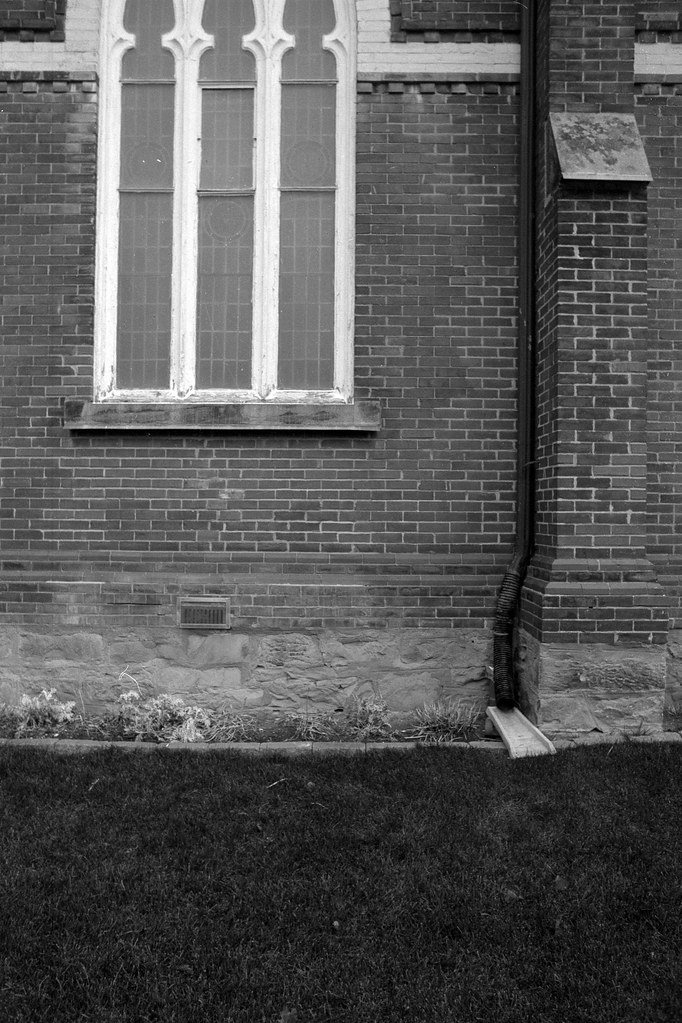 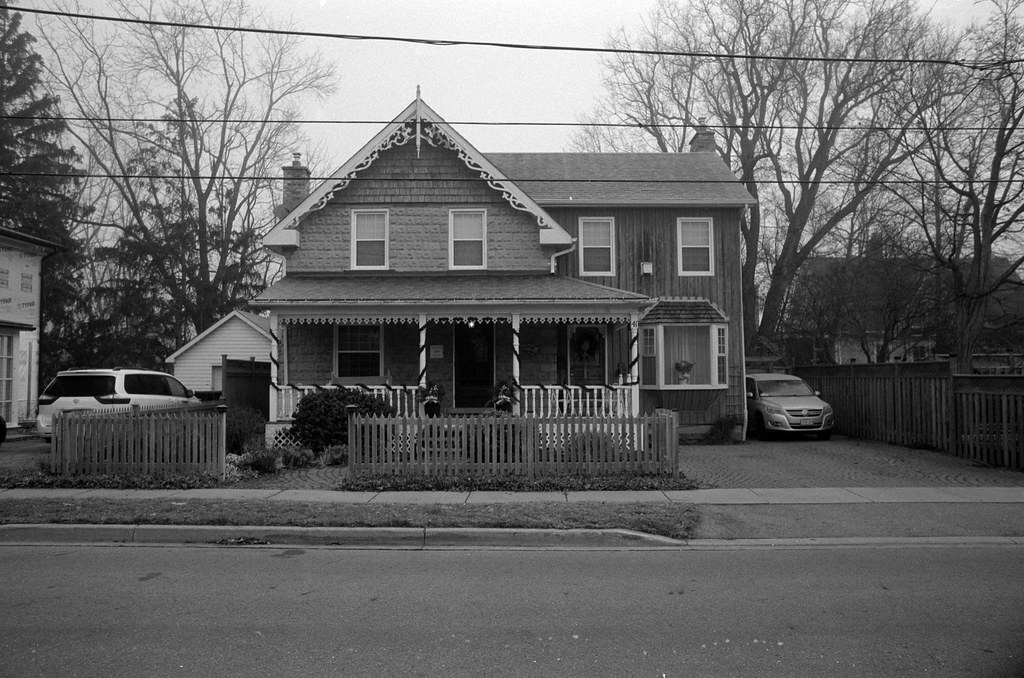 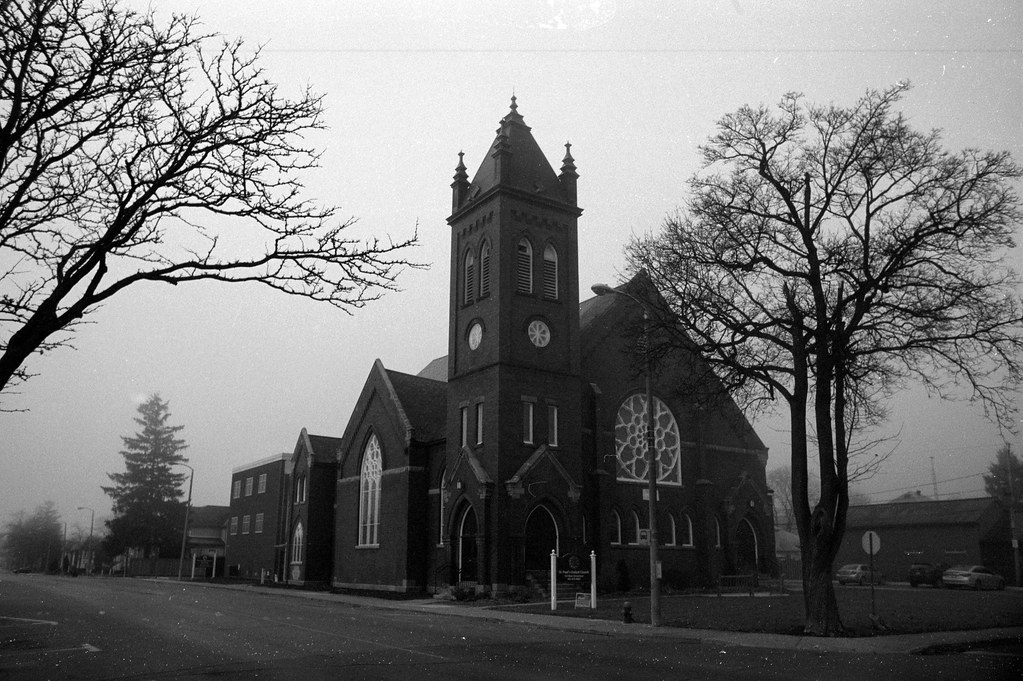 Day Five – River Constantine – Limehouse
While the river that once powered a mill and the lime kilns at Limehouse is no River Constantine, it still provides a quiet place to sit, walk, and enjoy the deepness of winter and nature. Not to mention it’s a rather a rather special place for me and my wife. 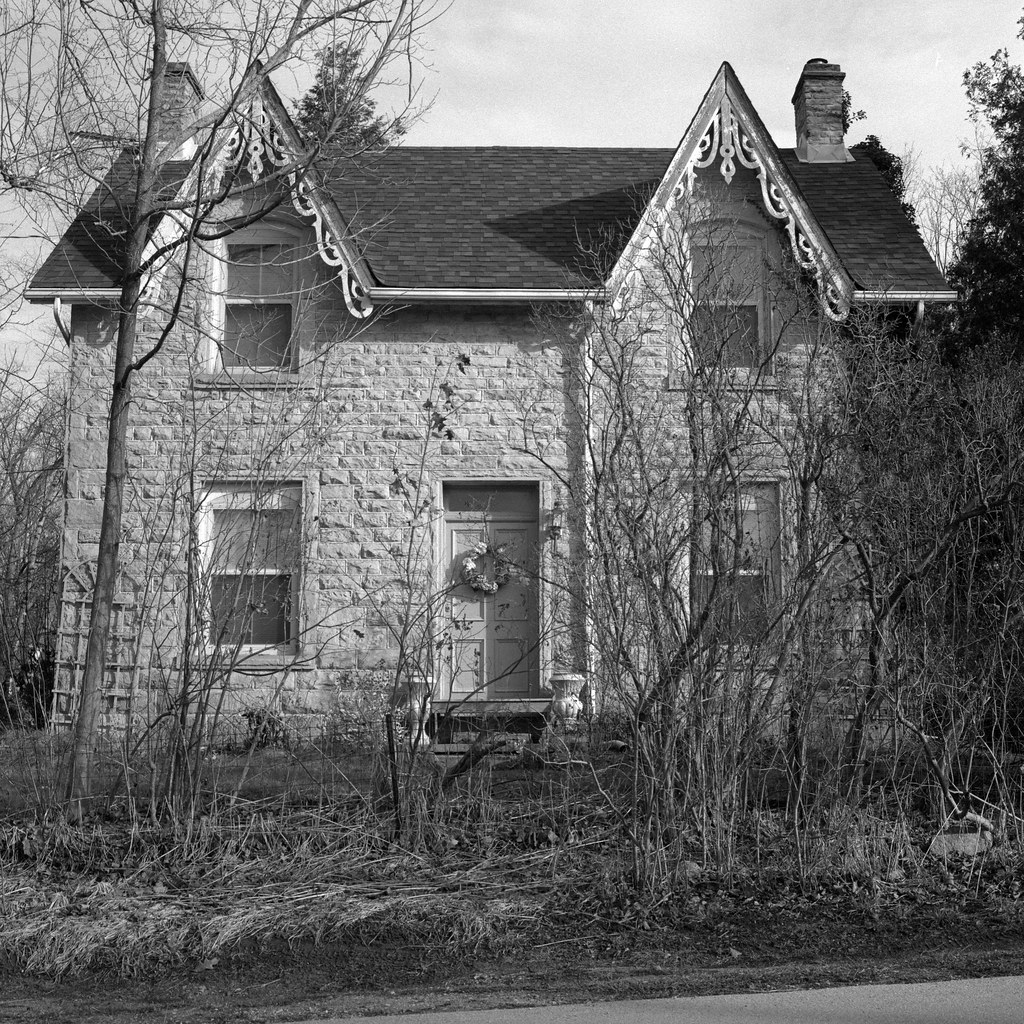 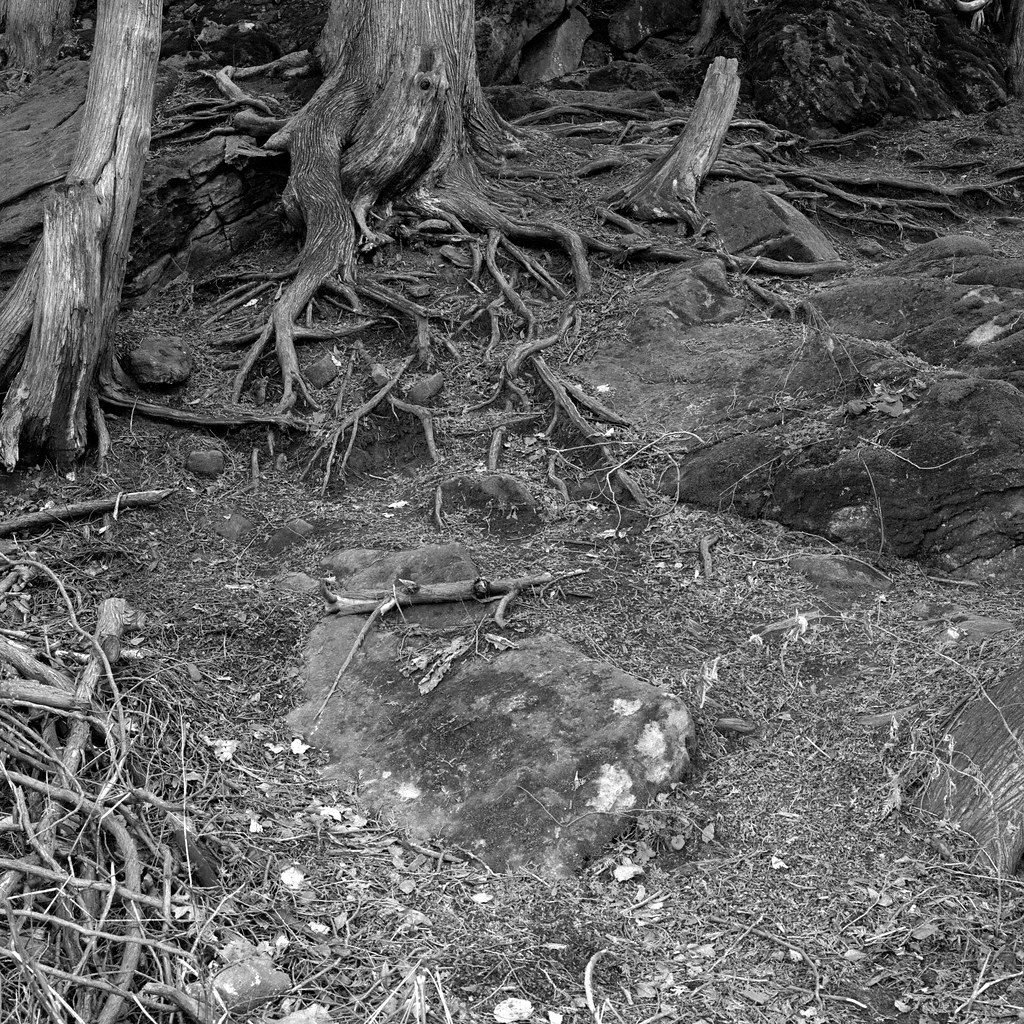 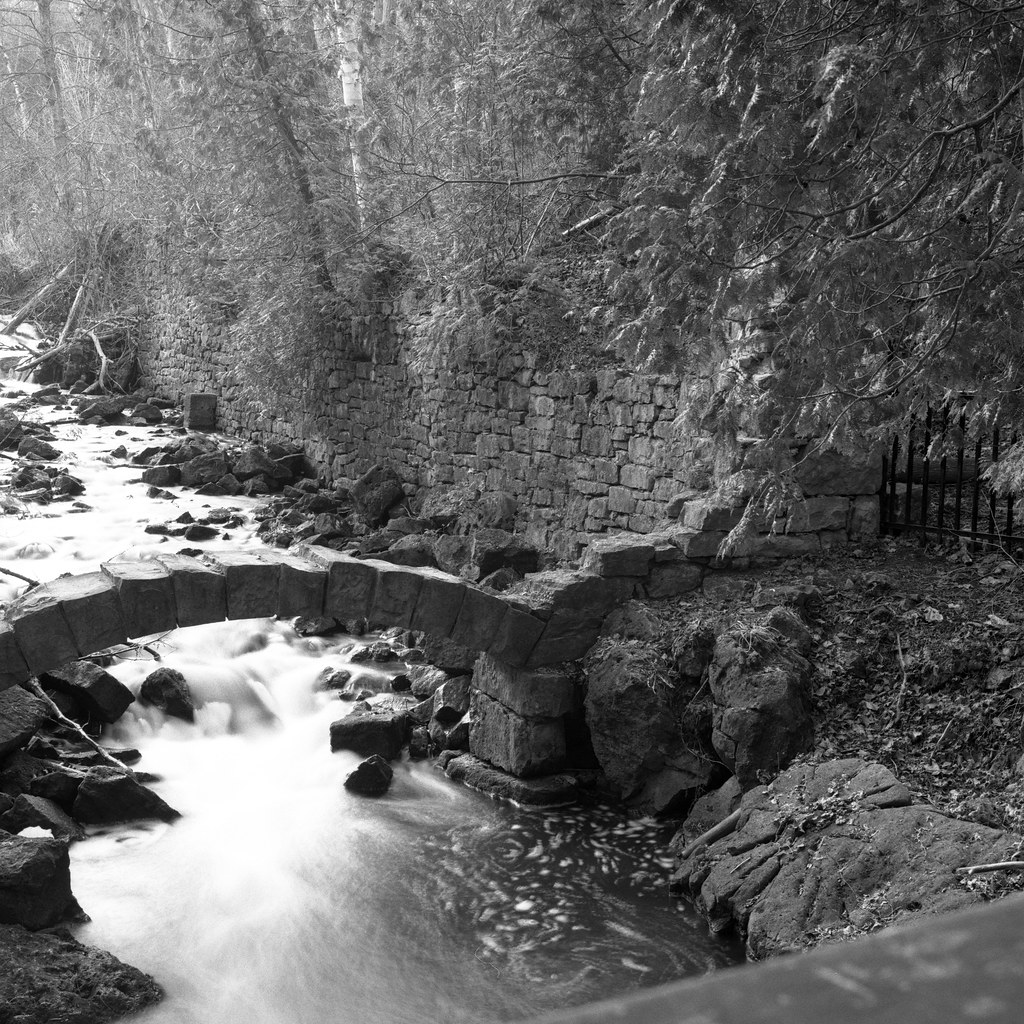 Day Six – Beyond the Veil – Erin
The small town of Erin is another gem along an old provincial highway, now often missed because of freeways. But if you look Beyond the Veil of speed, and just want a lazy drive with a comfortable place to stop, walk, and enjoy then maybe take a scenic route. 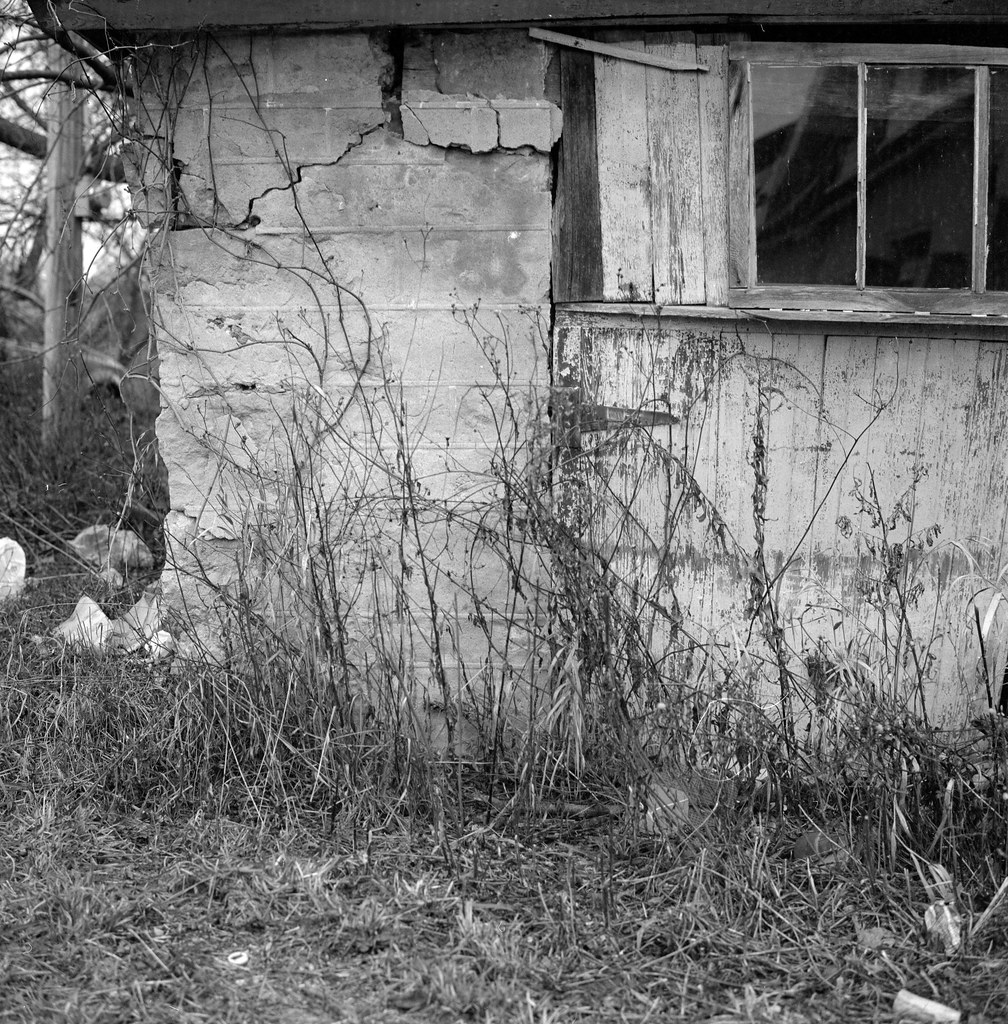 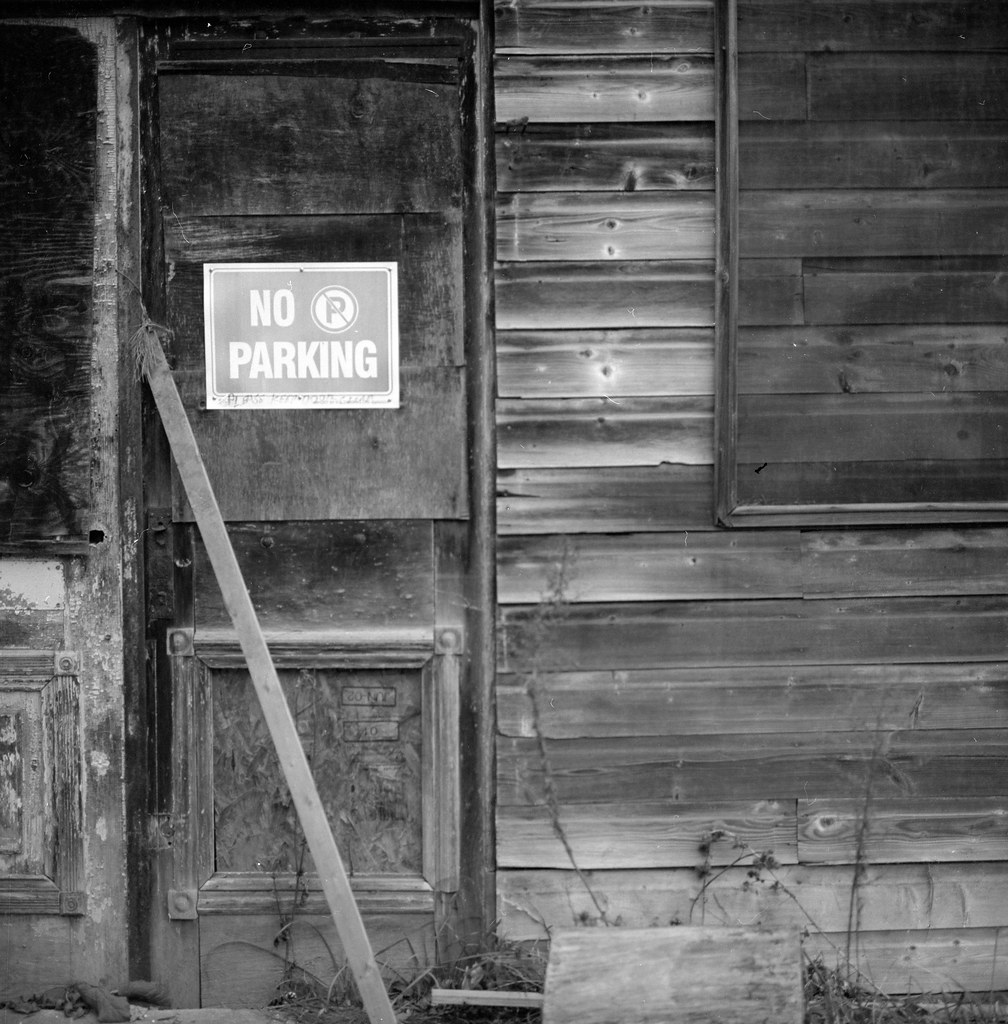 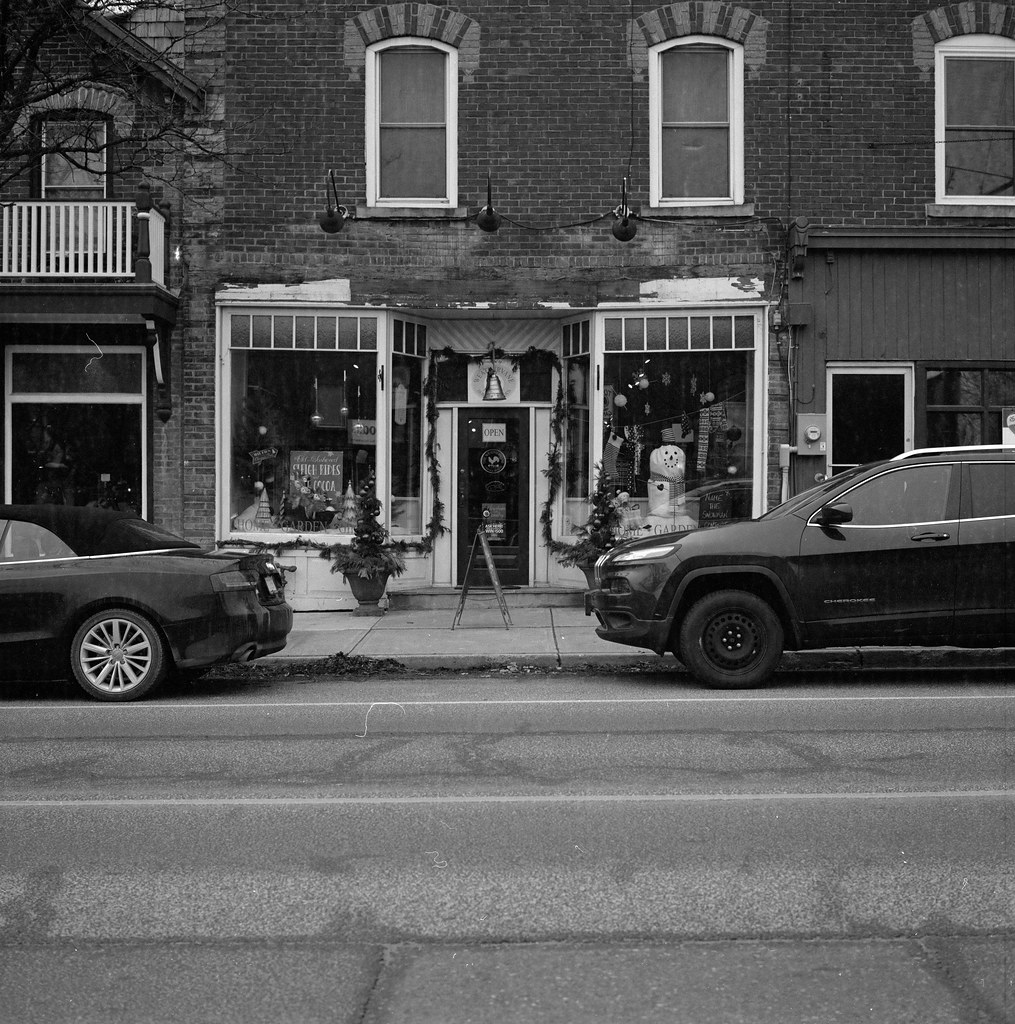 Day Seven – Winter Wonderland – Belfountain
Well we’ve reached the end point of the party and if you’ve been tracking my locations on the map you’ll see I’ve moved from south to north and found myself in my favourite Winter Wonderland, that of Belfountain. I first learned of this little quiet area thanks to Bill Smith, and if I remember correctly I ran into him once in the quiet winter. Officially, the conservation area is closed in the winter, but you can still access it. Not to mention the beautiful little village that surrounds the area. Sadly by the start of December, it wasn’t much of a winter wonderland, but still a good spot! 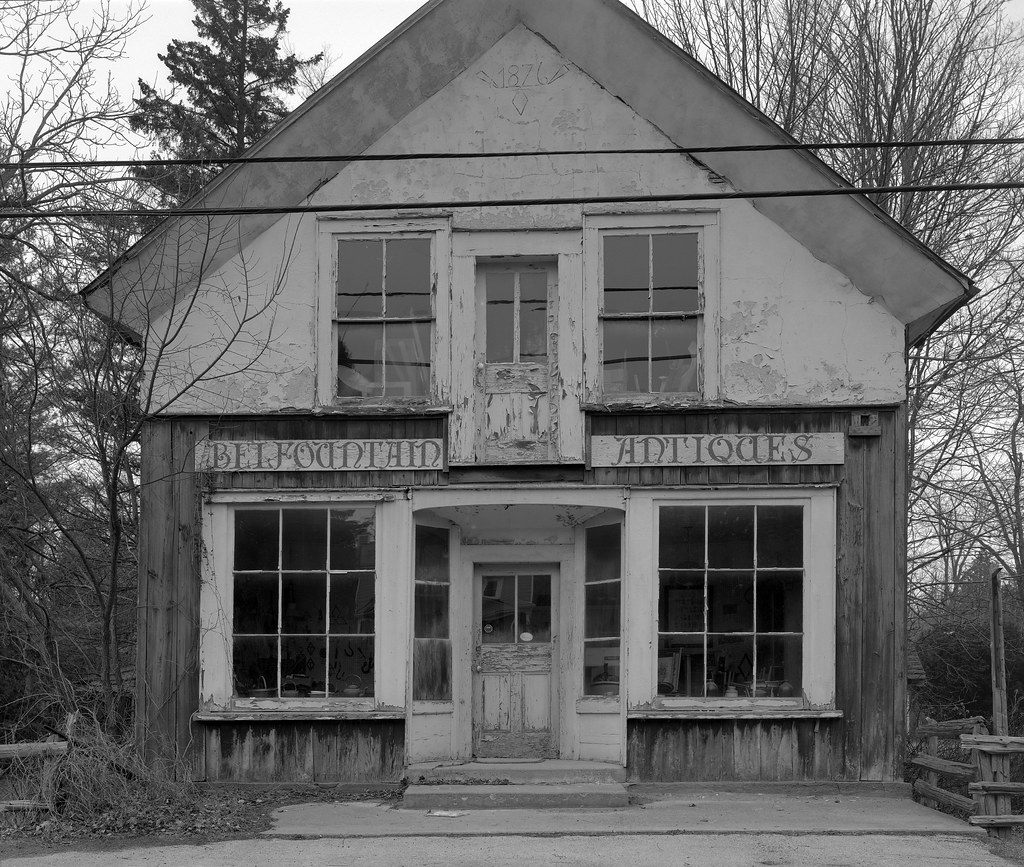 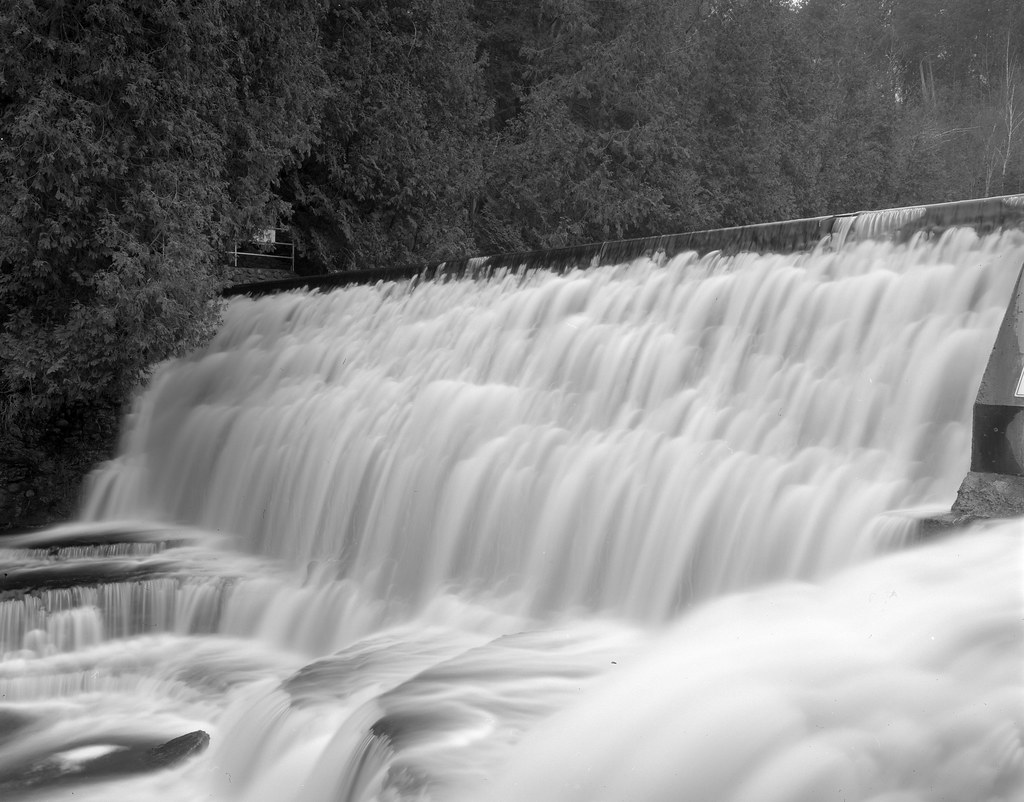 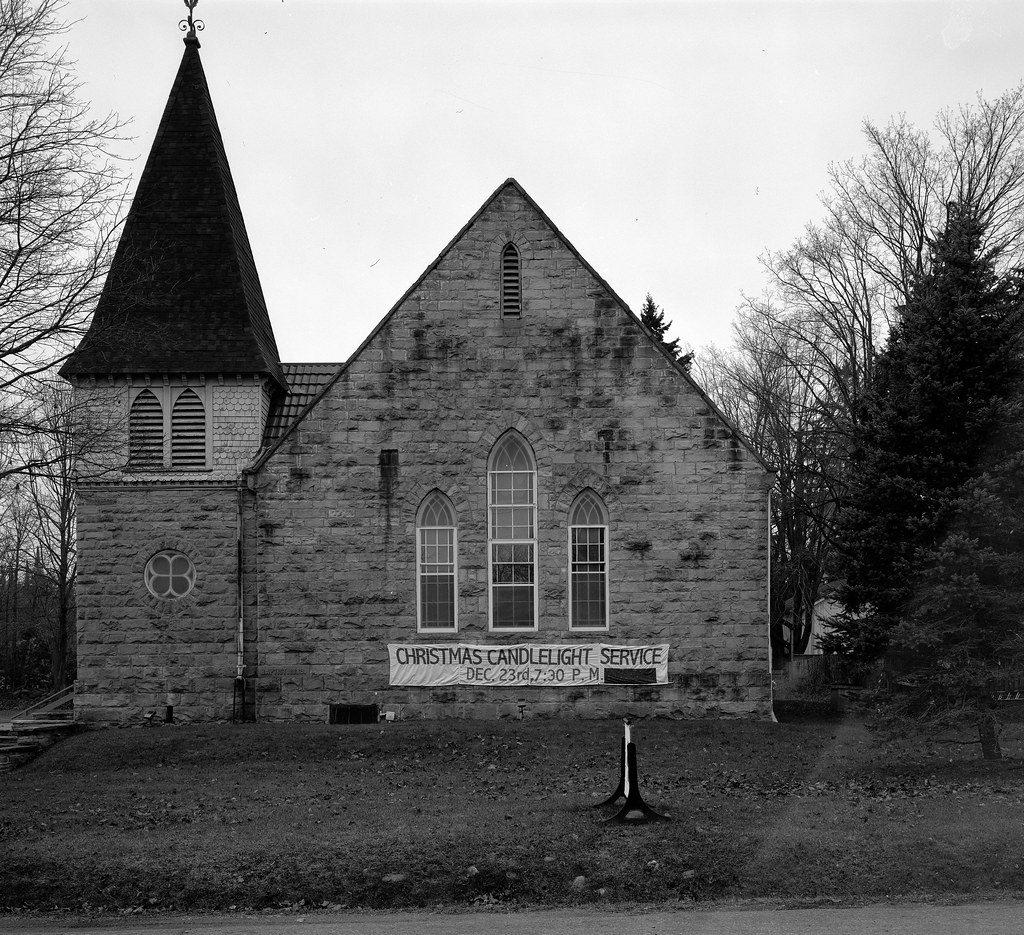 Thank you for partying on with me as we journeyed through Ontario using one of my favourite film stocks that is still produced. Ilford FP4+, in a previous entry you’ll see that FP4+ is going to play a big roll in the new year as the film of choice for the Project:1867 – Acts of Confederation Project which kicks off in a couple weeks!