It’s been just under a year since the gang visited the Riverdale/Leslieville areas of Toronto. And again I found myself as a participant in the walk rather than the organiser. For that, I left it up to Bill Smith who knows the area like the back of his hand, though this time around we took a much different route. There’s something about getting started early as we gathered at the Rooster Coffee House for our start, after an Atomic Rooster Brew and some discussion. And of course, snapping photos with our cups of coffee and our cameras we started off. 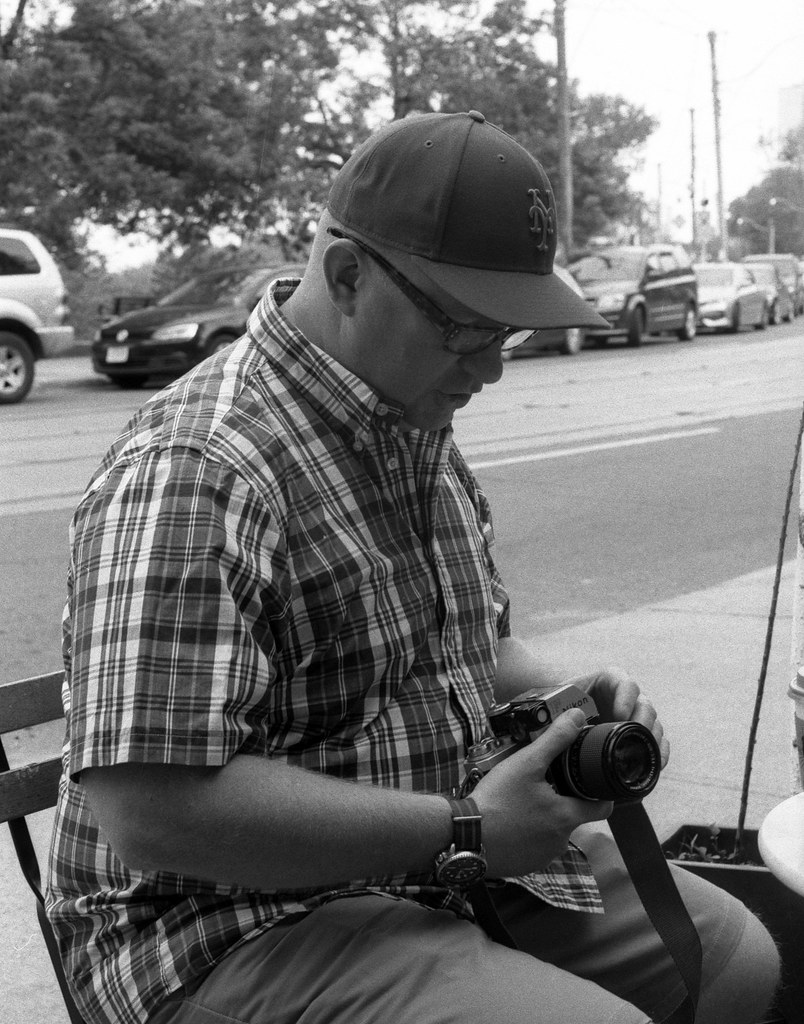 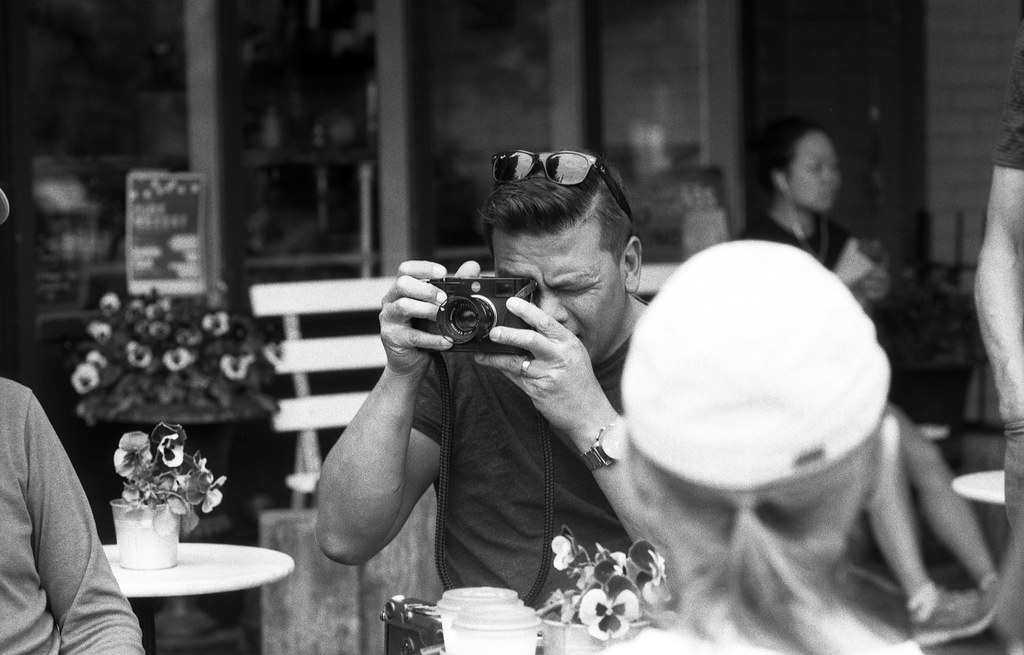 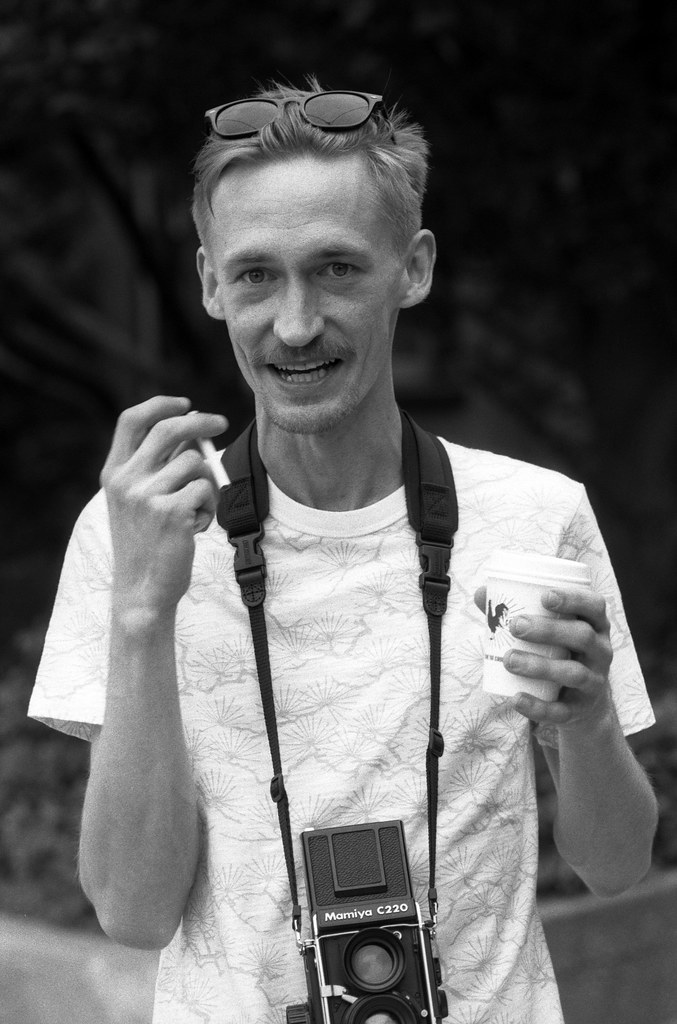 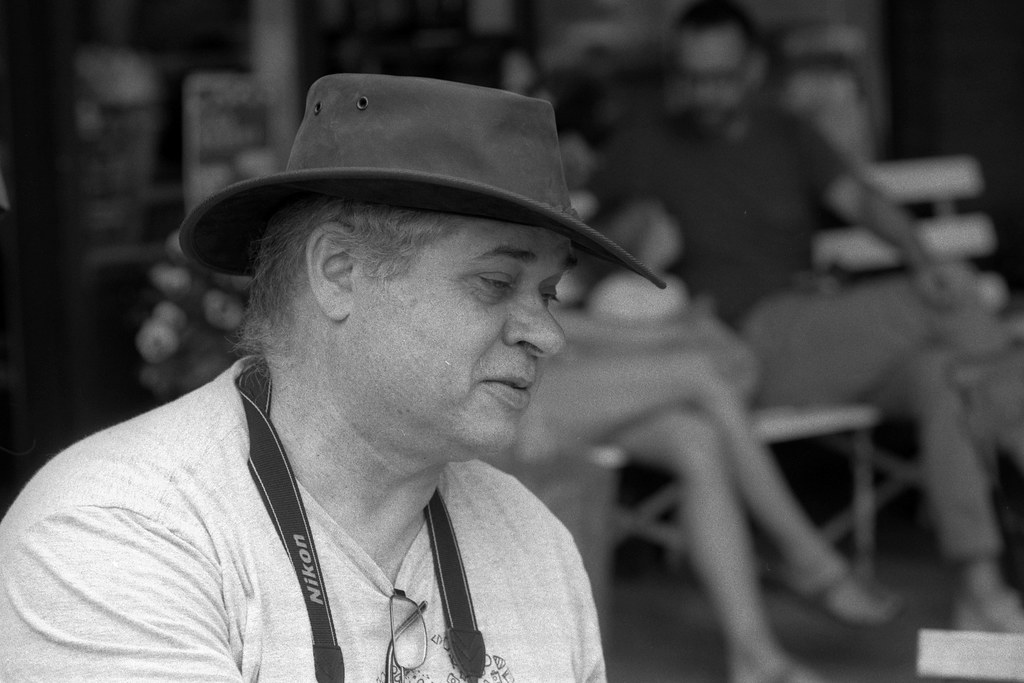 The day had promised to be a scorcher, thankfully the humidity was not as bad as predicted, which made life easier especially lugging around camera gear. We didn’t even blink at the Old Don Jail that had a massive lineup outside it already for a Doors Open Tour, we were more interested in moving rather than jockeying for shots inside the old jail. Across the Don Valley and into a rather odd feature of the city, Riverdale Farm. A strange little pocket of history that Toronto makes Toronto rather unique, from there it was into the beautiful areas of Cabbage Town with grand old homes that still carried some of their historic charms. 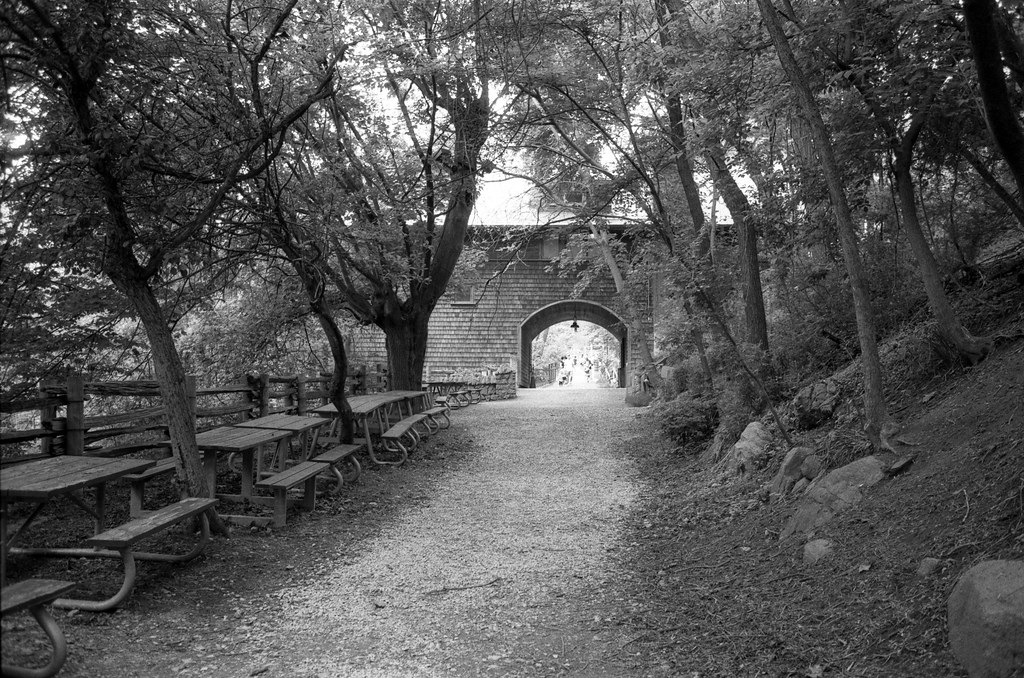 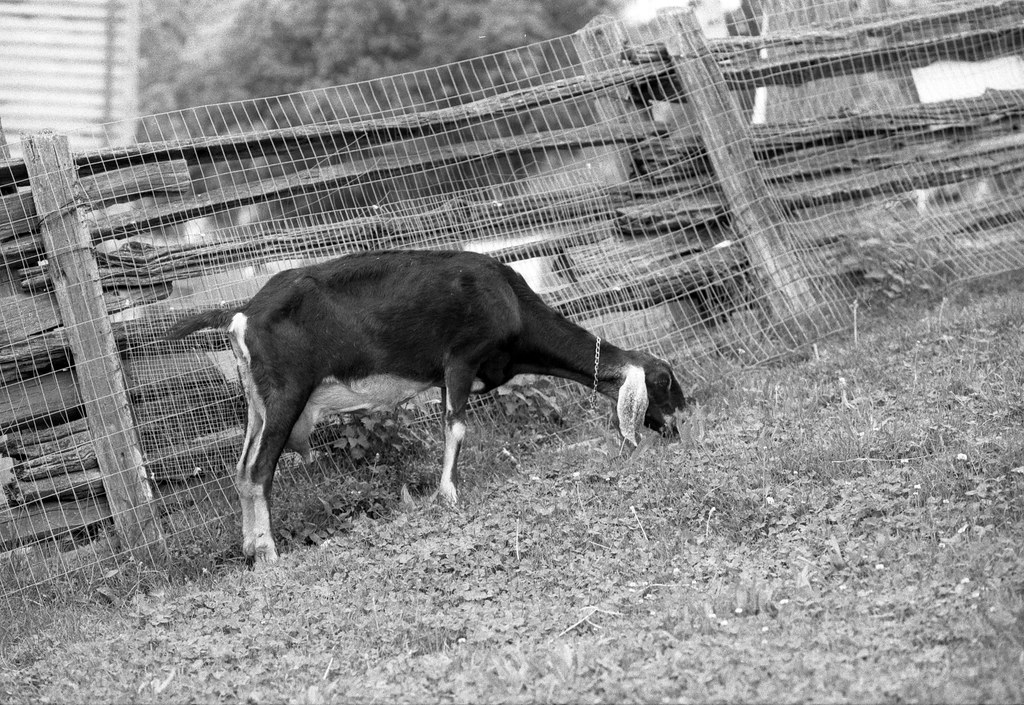 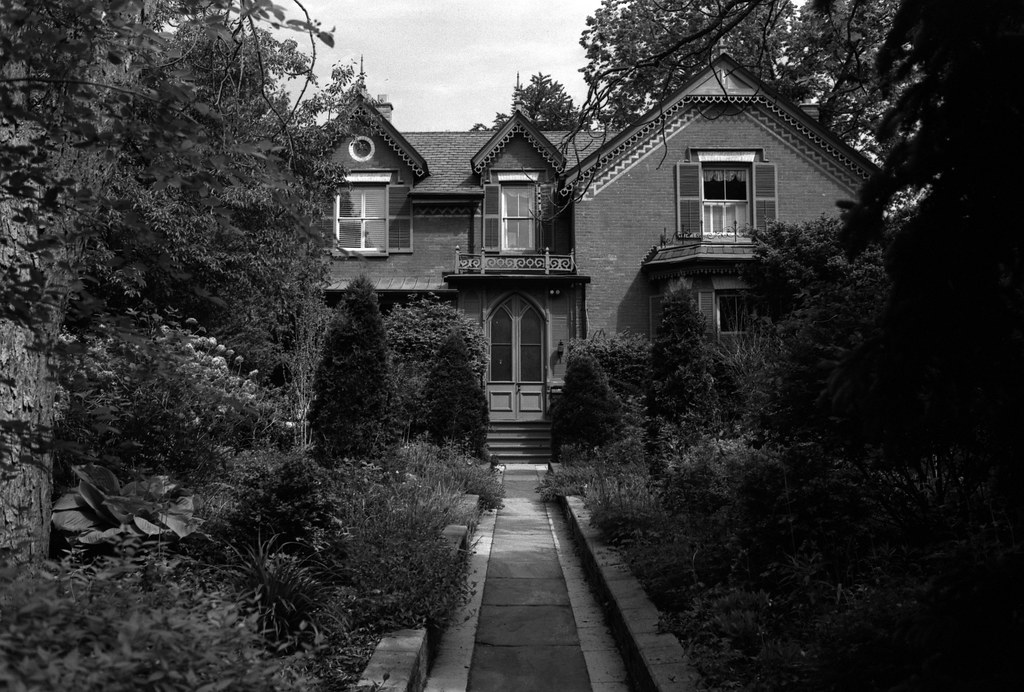 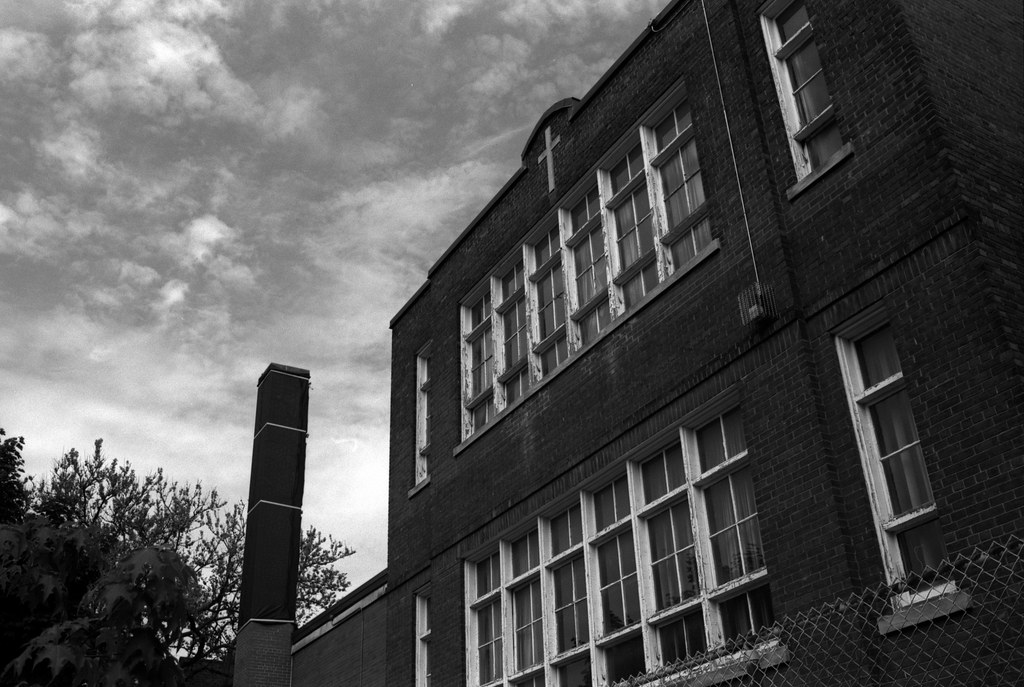 The group remained fairly elastic often trailing across maybe half a kilometre each person seeing something different in the area to capture or just sticking to the social aspects of the meetup. I went a bit bigger on gear than I usually do, bringing the Nikon F5 along with the standard lens trio, 35, 50, and 105. Giving me a bit more range to capture wide to close. The day was bright, and I really should have just stuck to the slower films I had packed and left the FP4+ for another day. 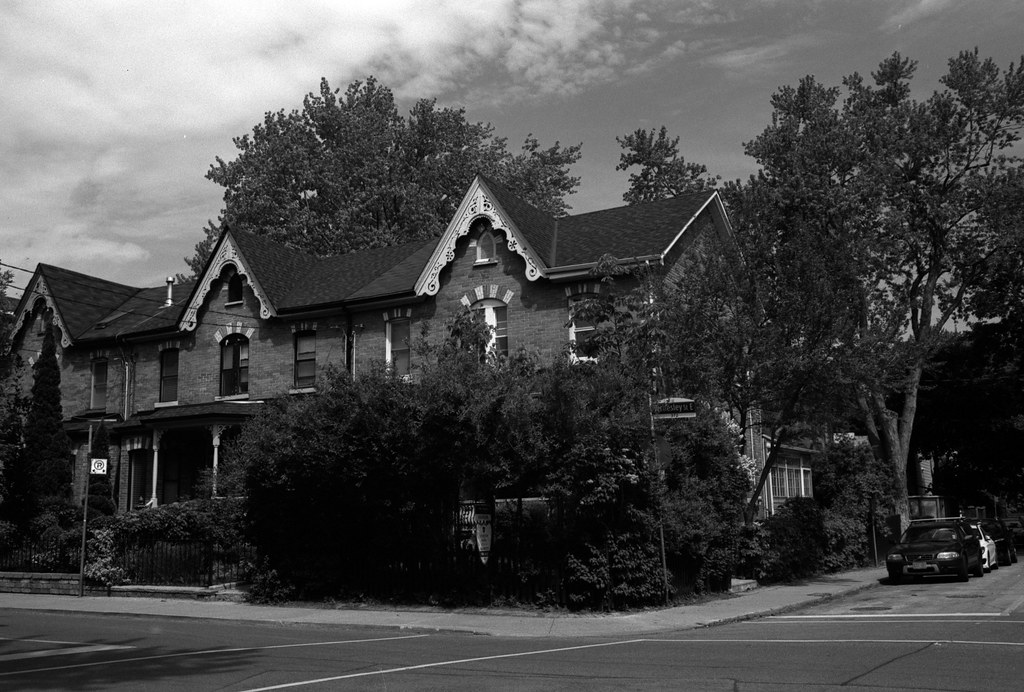 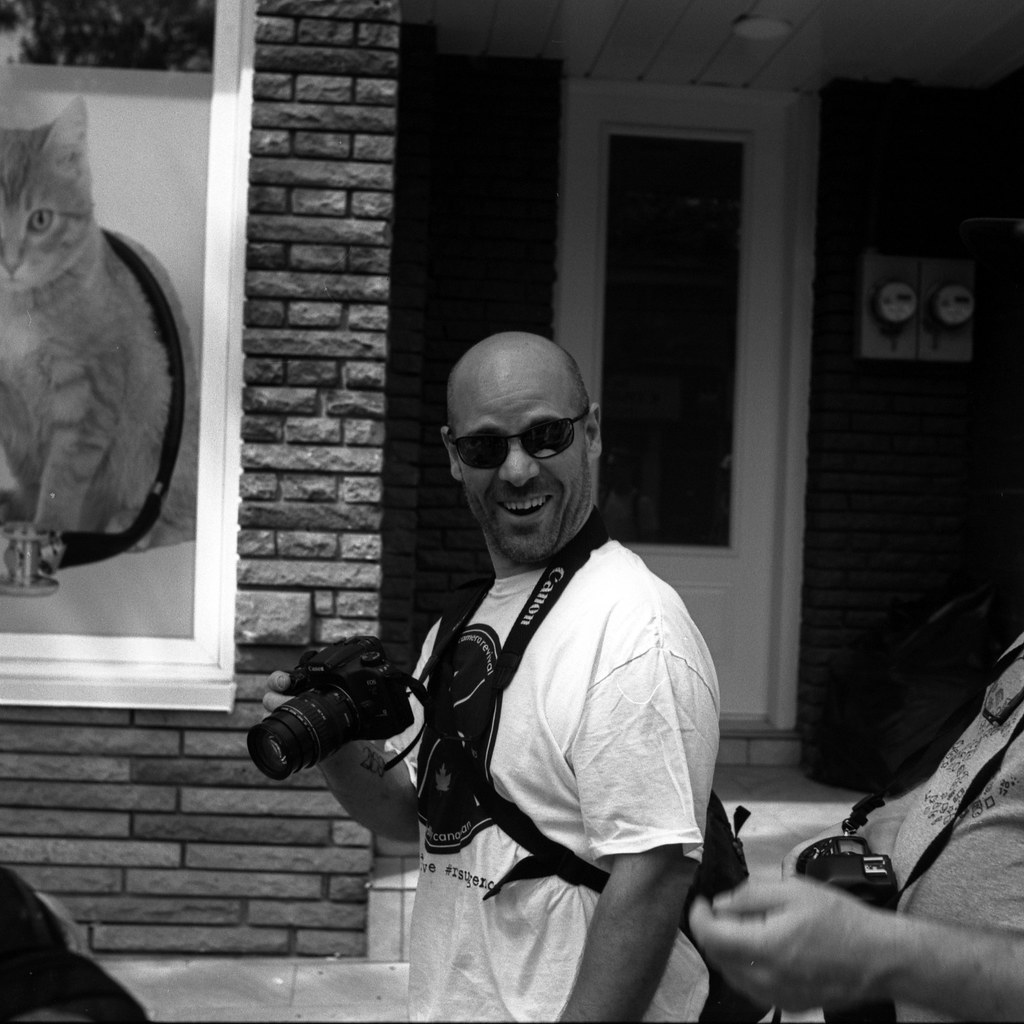 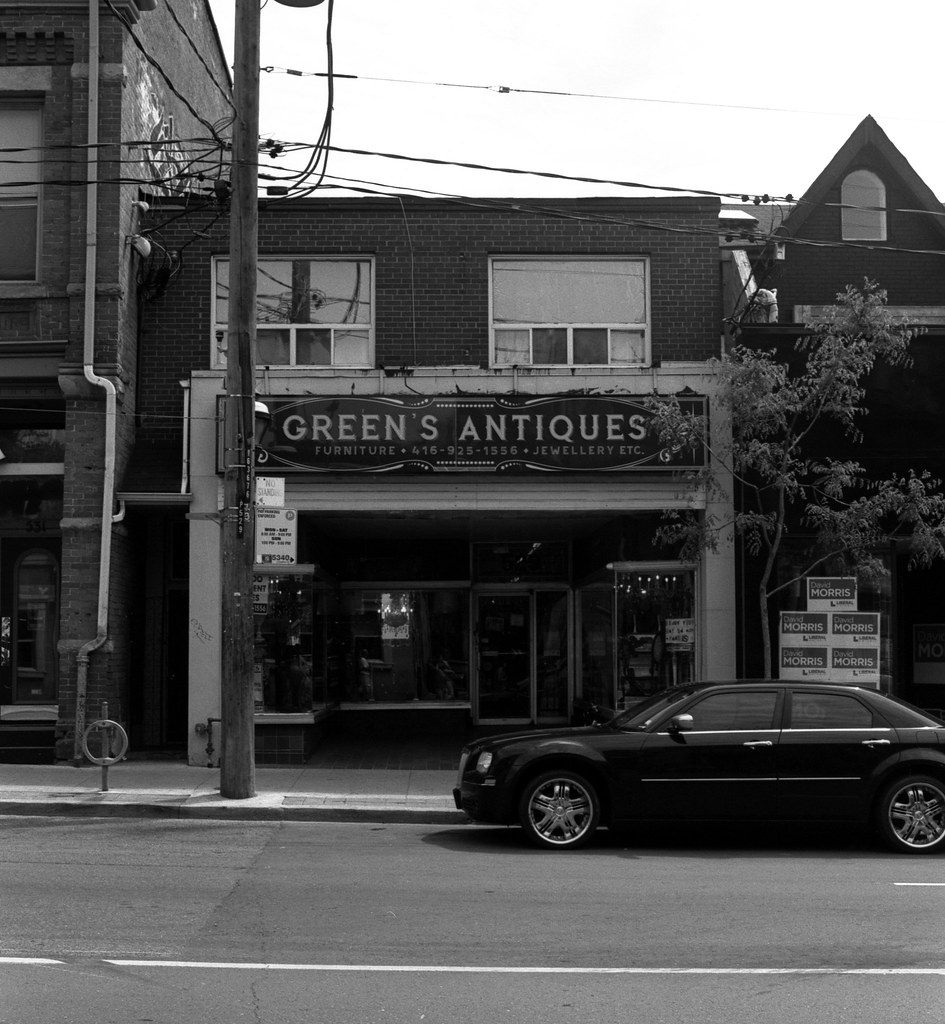 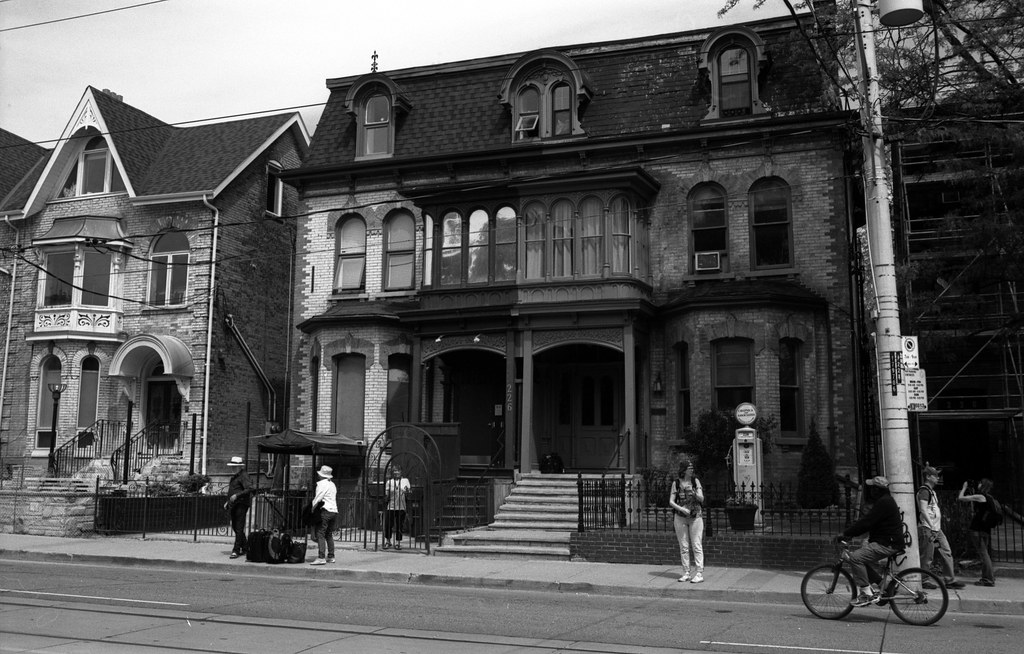 Despite the late departure, we made a good time, being able to poke our head into an area of the city that I haven’t always visited before ended at the Stout Irish Pub (great food, great beer). And while some decided to head back to the Rooster I needed to get to Saulter Street in a far quicker manner before heading into the Downtown for chemistry at Downtown Camera and be home in time to make up dinner! If you want to join the Toronto Film Shooters, our next photo walk takes place on the 21st of July at 3 pm, meeting at the Exchange Brewery (7 Queen Street, Niagara-On-The-Lake, Ontario) more details can be found on the Facebook Event.