I’m sure sitting on my parent’s shelf is the book that inspired this title, The Church Mice Spread Their Wings, but in this case, I’m not talking about a book, but the Toronto Film Shooters Meetup. Usually, when these events are run they stick closely to the Greater Toronto Area. I made a choice, on the suggestion of James Lee to change up a couple things with the Summer 2018 meetup, and by a couple things, I mean all the things. Location, Time, even starting and ending points. I went full radical, must have been the influence of reading up on the Upper Canada Rebellion. 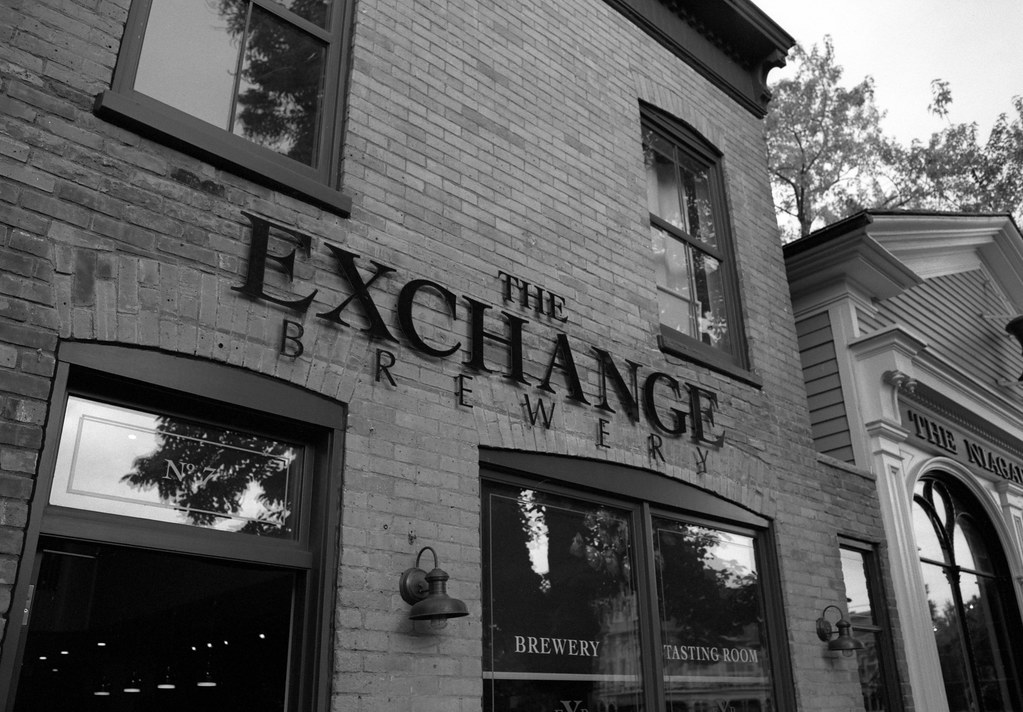 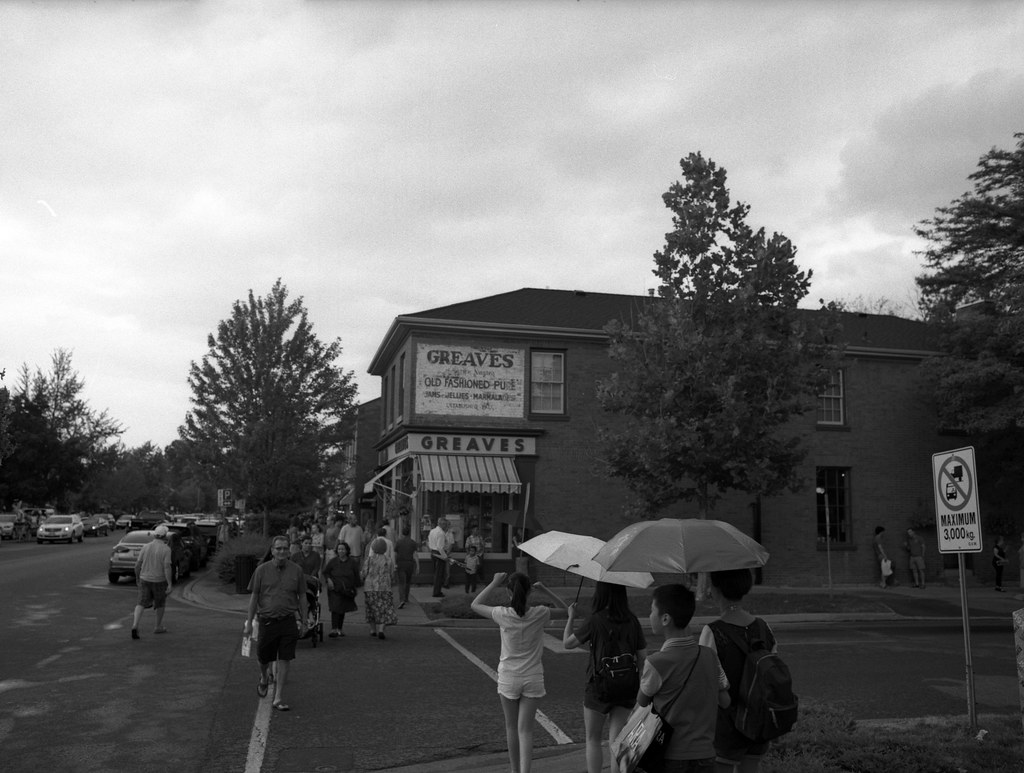 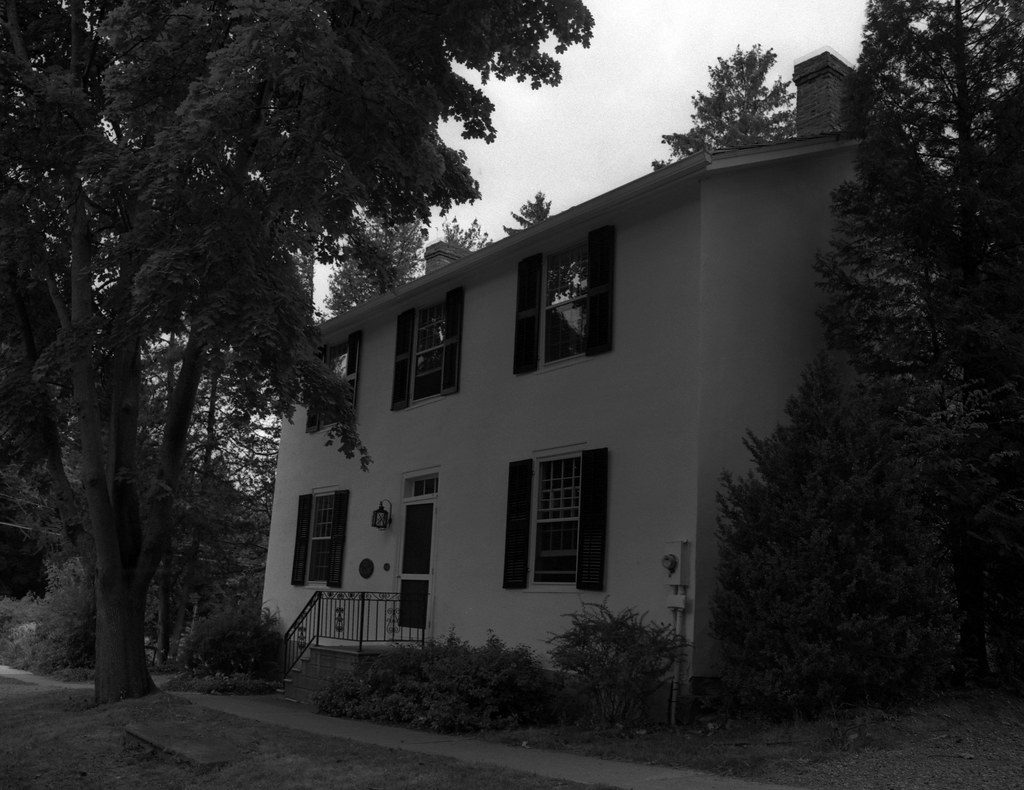 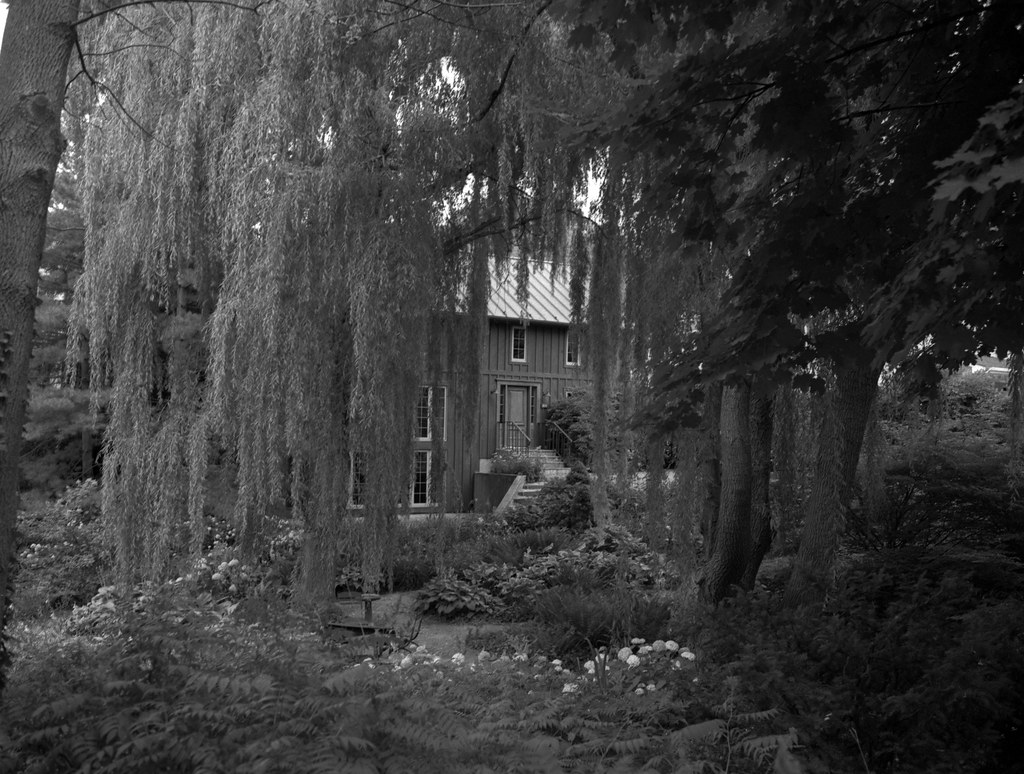 I had arrived in Niagara-On-The-Lake far earlier than I had been expecting, a pleasant surprise after shooting a couple rolls for my 1867 Project clearing up the last images I needed from the Niagara & Welland area and having two locations in NoTL, first went to Butler’s Barracks and then did the half-hour trek across the town to Fort Mississauga, moving up along the back ways to see how the route of the walk actually looked, coming across Bill Smith on the way. After finishing up with Fort Mississauga we headed to the meetup spot a couple hours early. That gave me plenty of time to enjoy a full flight of beers from Exchange Brewery. A brewery that I had frequented before but never had a chance to sit down, often coming in buying beer and heading out to Fort George. 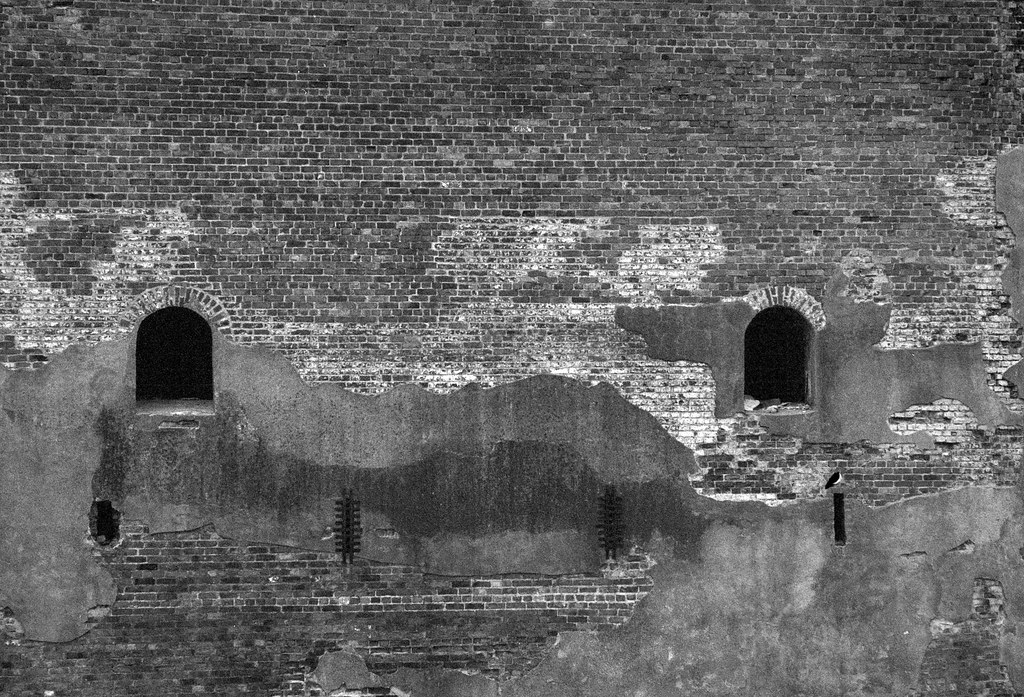 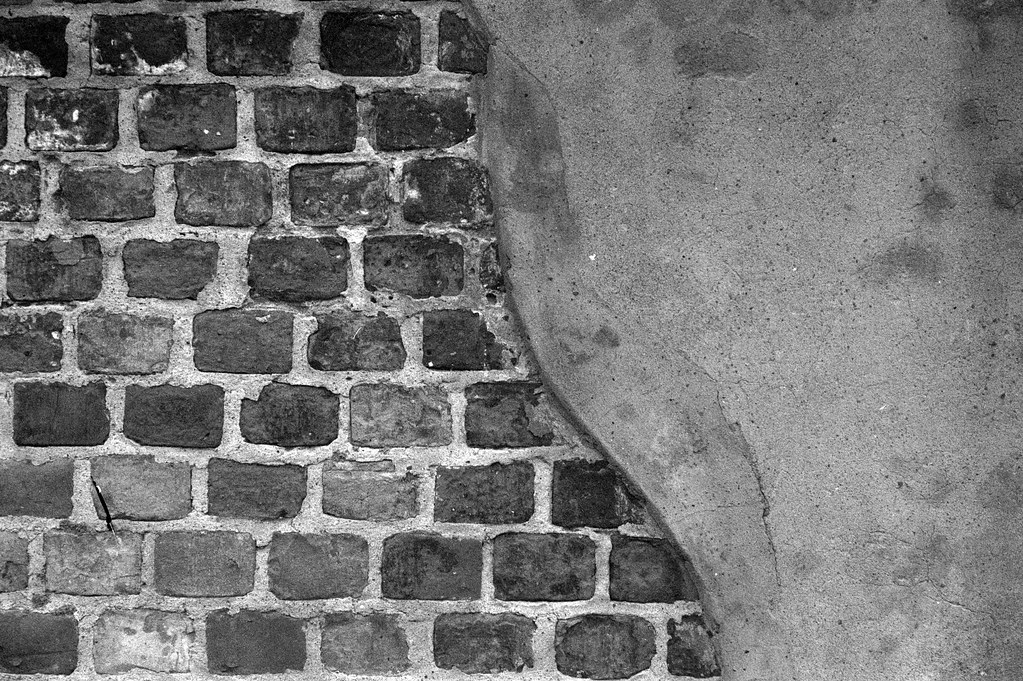 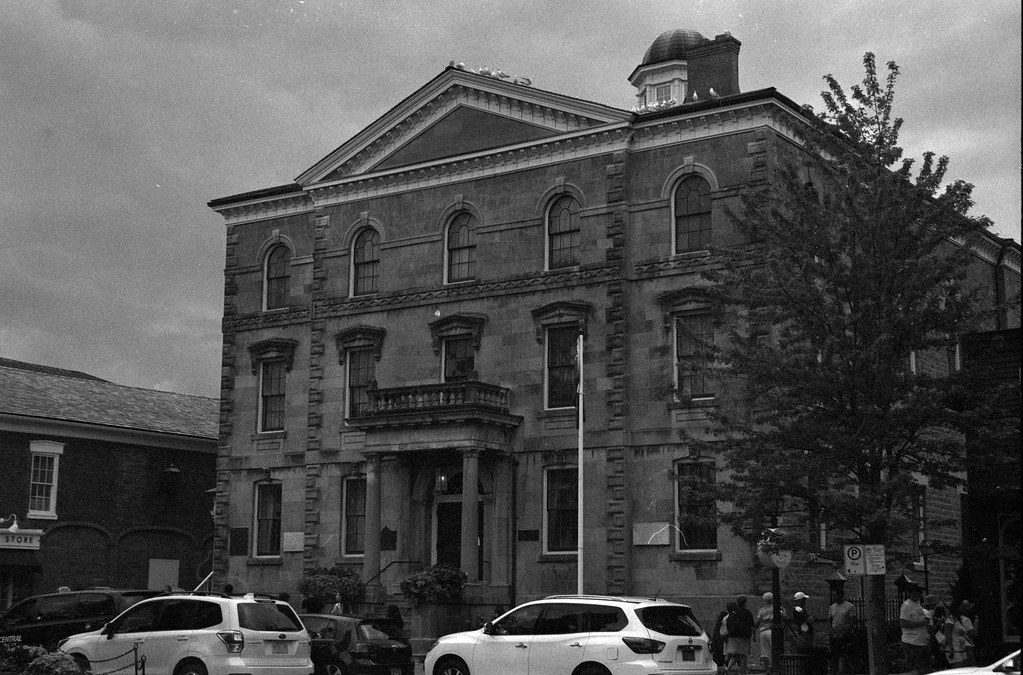 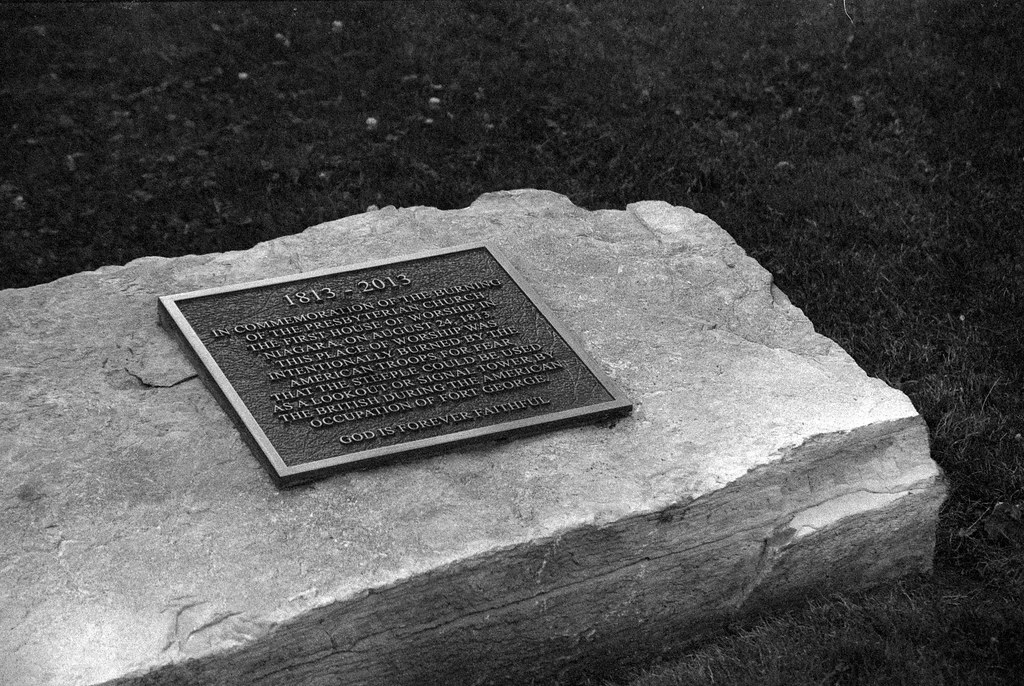 And those are the big changes, this summer we were meeting not in the city, but out in Niagara-On-The-Lake, mid-afternoon at a brewery. We usually do a mid or late morning start with coffee. But hey at three in the afternoon, beer is a good place to start. I also extended the meet and greet times to a full hour because traffic heading to the Niagara region is a bear on the weekend especially for those coming from the Greater Toronto Area. And while there were a handful of regulars, we had plenty of new faces, including Jennifer and Colin who drove up the Friday before from Newark, New Jersey! 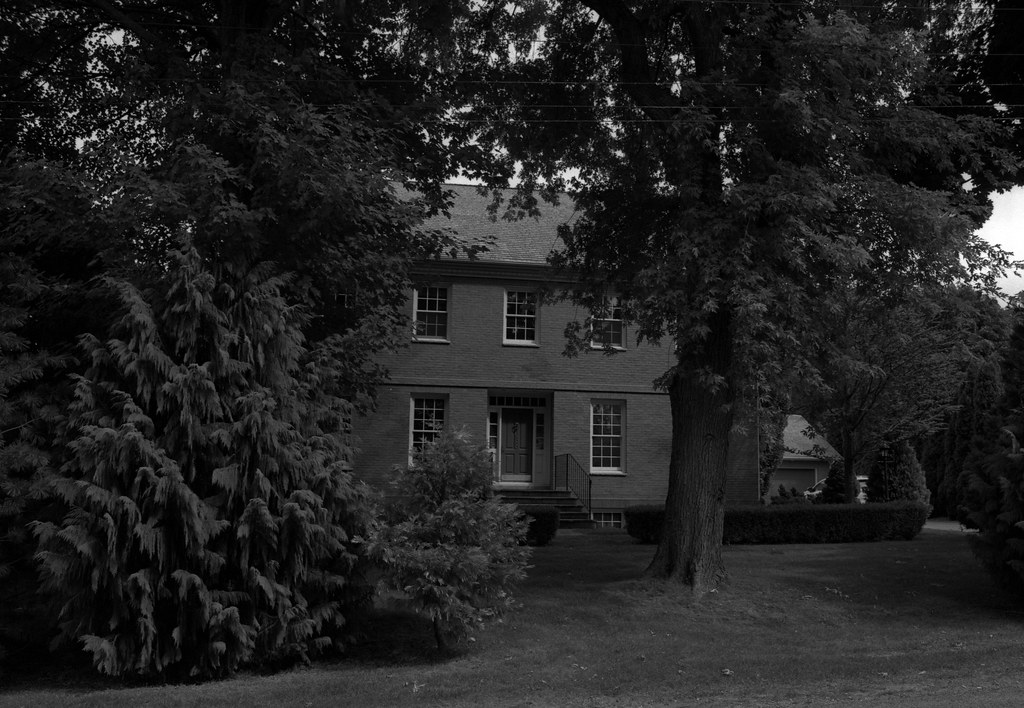 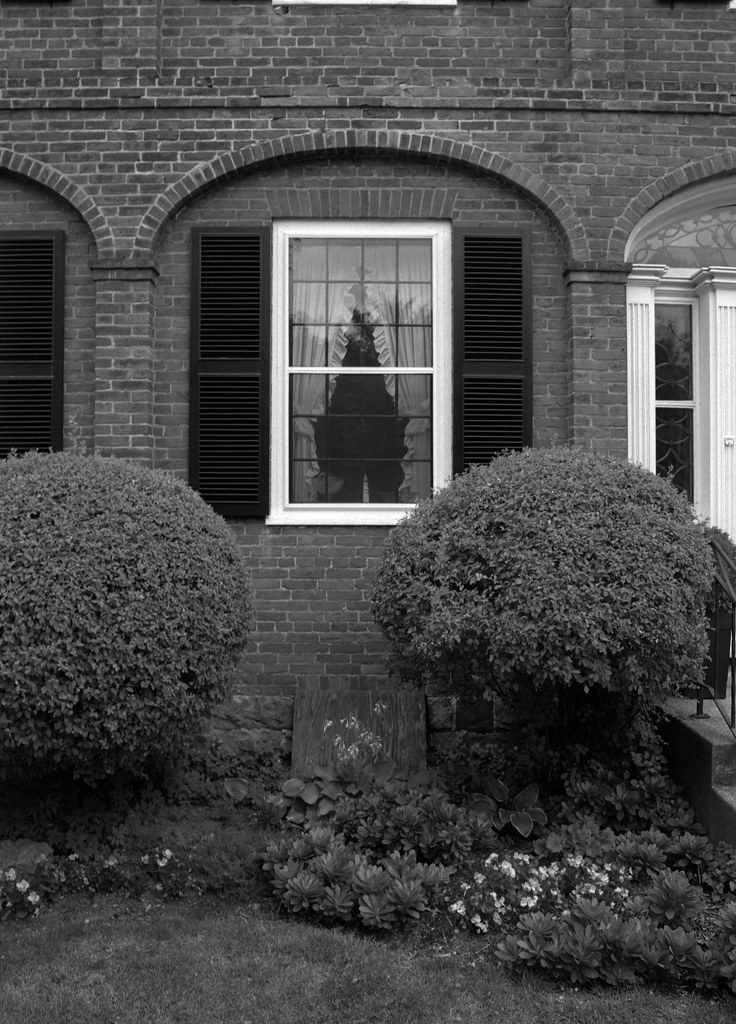 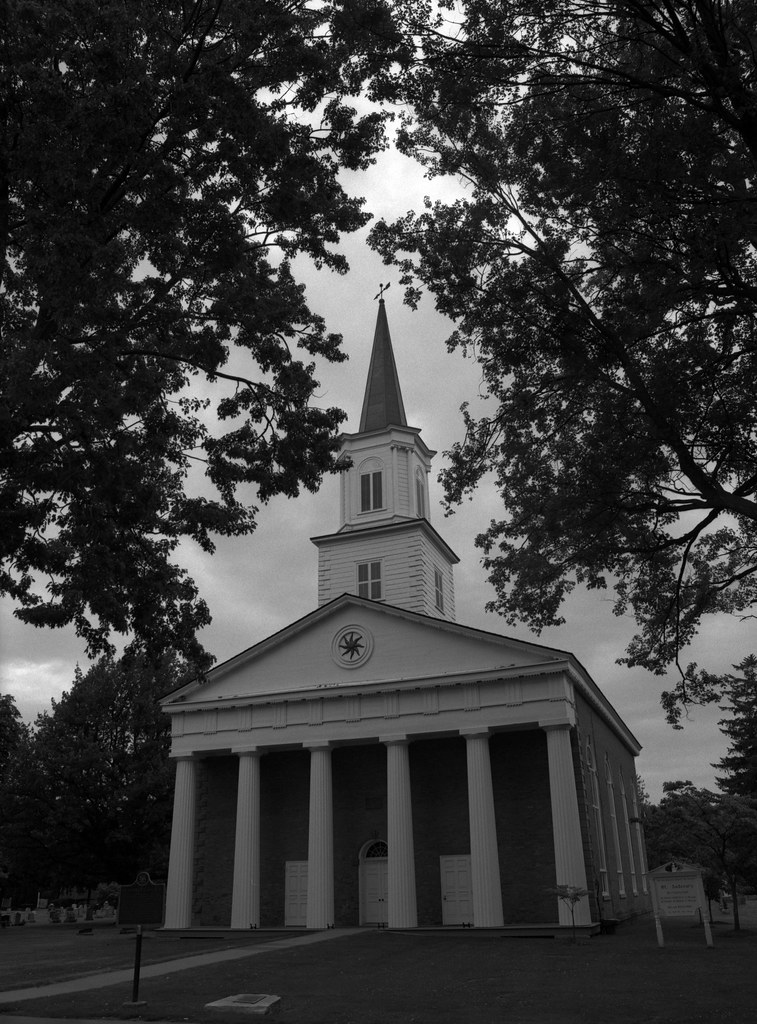 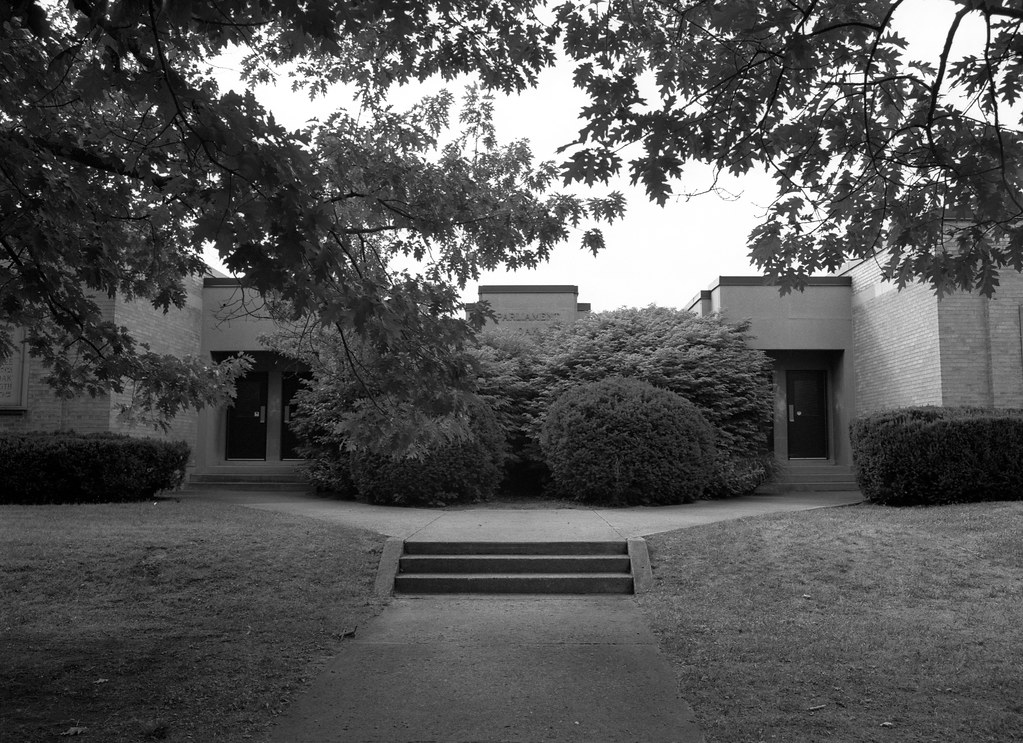 While it did rain a bit, it was in the forecast, in true TFS fashion we headed out anyway. The streets were packed. But we were not staying on the main street for long, but I also truncated the route slightly to allow for people to move at their own pace. I nearly said to keep a loose skirmish line before we started walking. That could have drawn a bit of undue attention. For photography, Niagara-On-The-Lake in the summer has it all, you have people, buildings, and even flora to capture the imagination of almost every branch of photography out there. 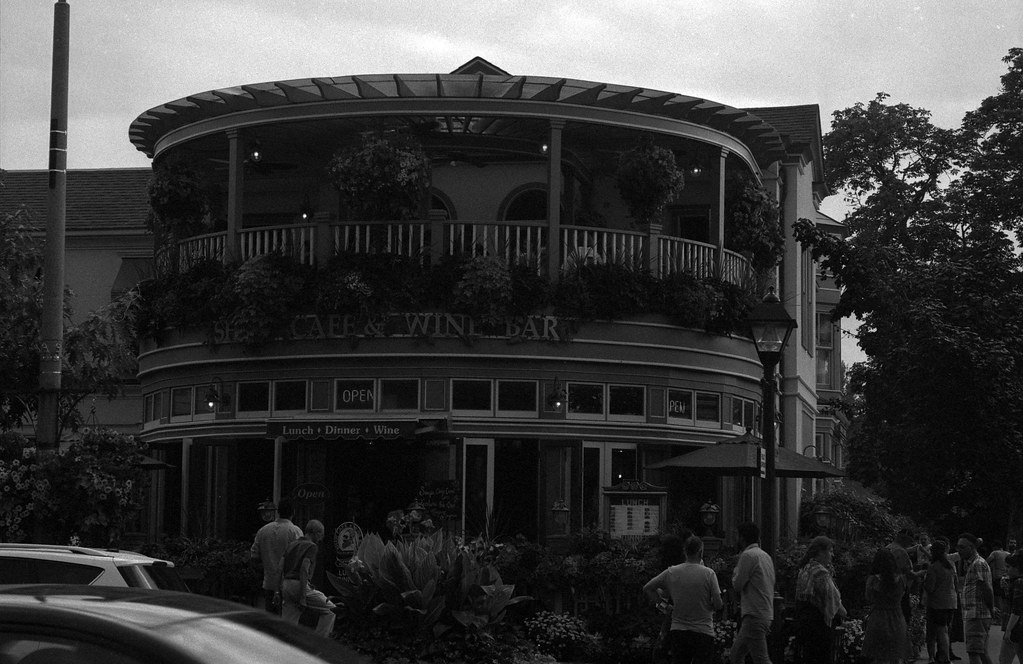 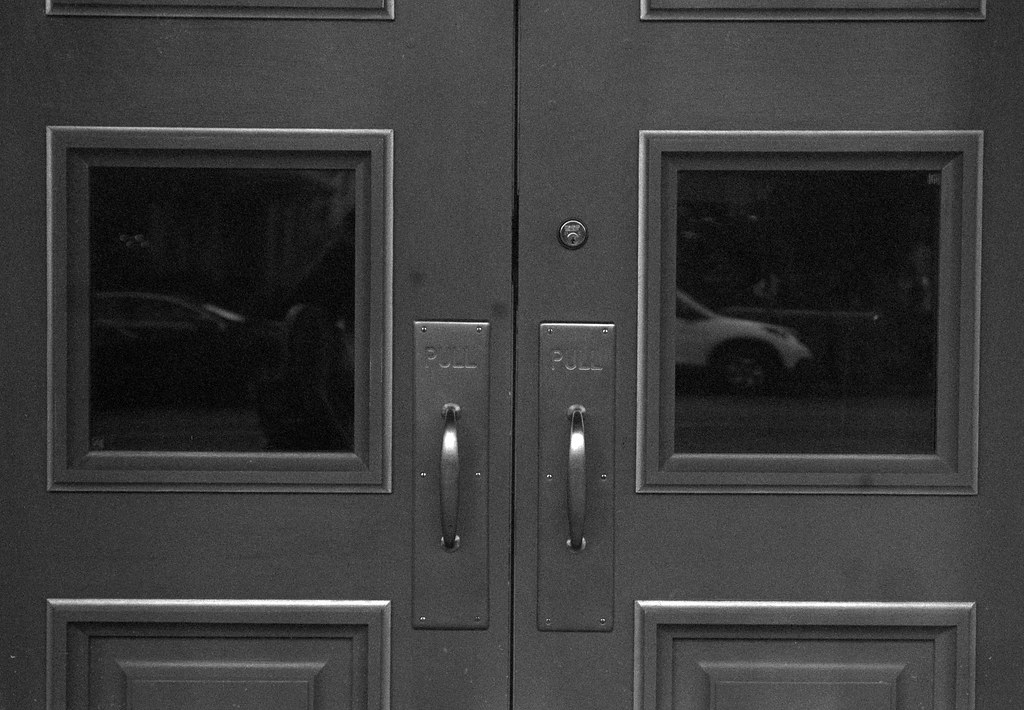 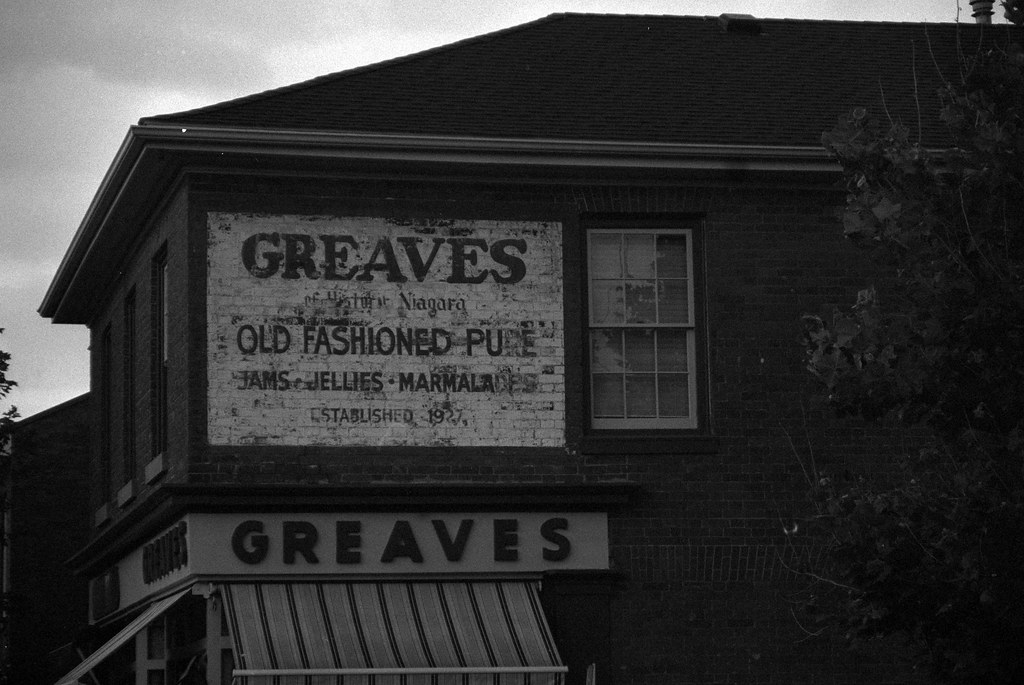 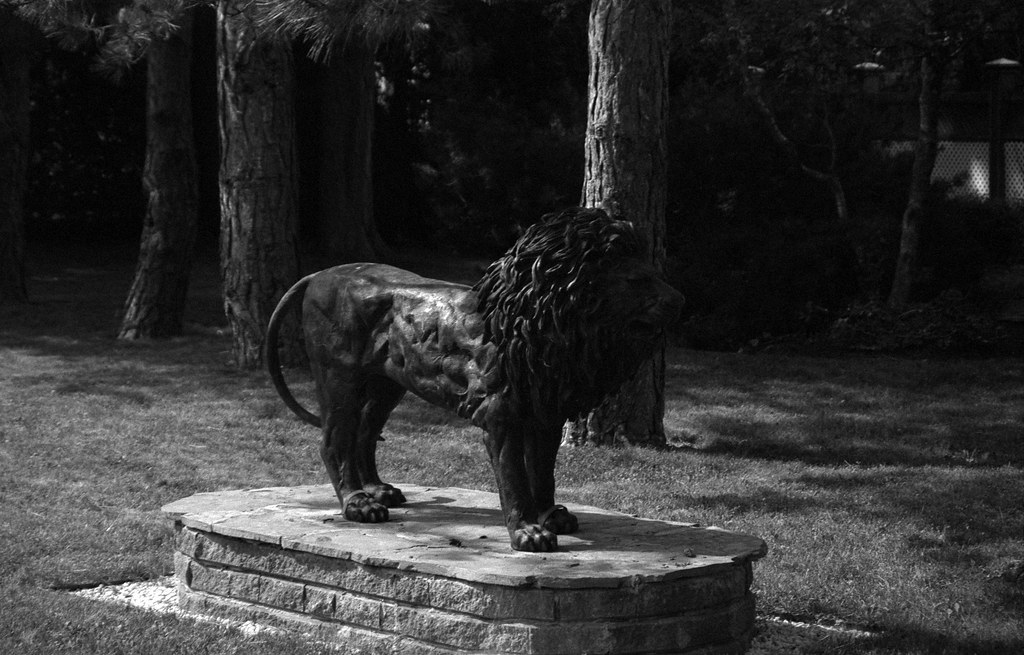 The next Toronto Film Shooters Meetup will be taking place in October, date to be announced. But we’ll be back in the city and taking in the lovely Toronto Island! If you can’t make October, how about joining the Classic Camera Revival GAS Meet II in lovely downtown Cambridge on the 8th of September. You can find all the details on the Facebook event page!