A Different Magic – Universal from a Photographer’s Perspective

This year’s fall vacation certainly wasn’t only the Disney Parks. If we’re going to Florida, might as well do it right and take a day to visit Universal Studios in Orlando as well. Both Heather and I are big Harry Potter fans, both the books and the movies. And the main purpose of our visit to Universal was to visit the two areas dedicated to Harry Potter. Like Disney, the folks at Universal have designed two immersive worlds that bring both the books, but mainly the movies to life in two interactive and immersive environment that will have you shooting a lot of images as well as waving wands. 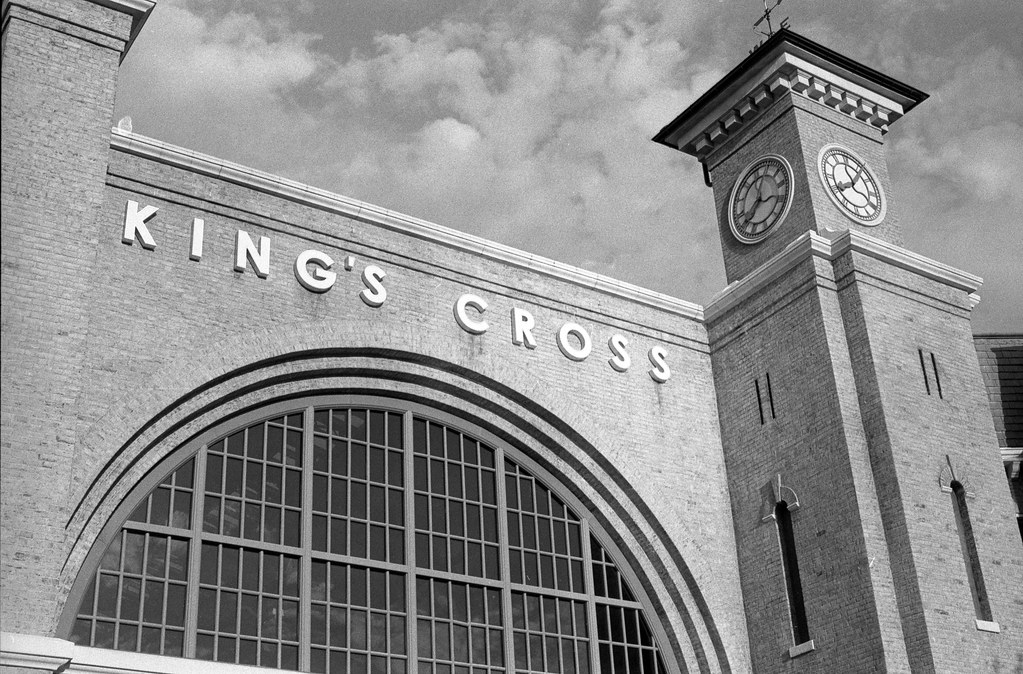 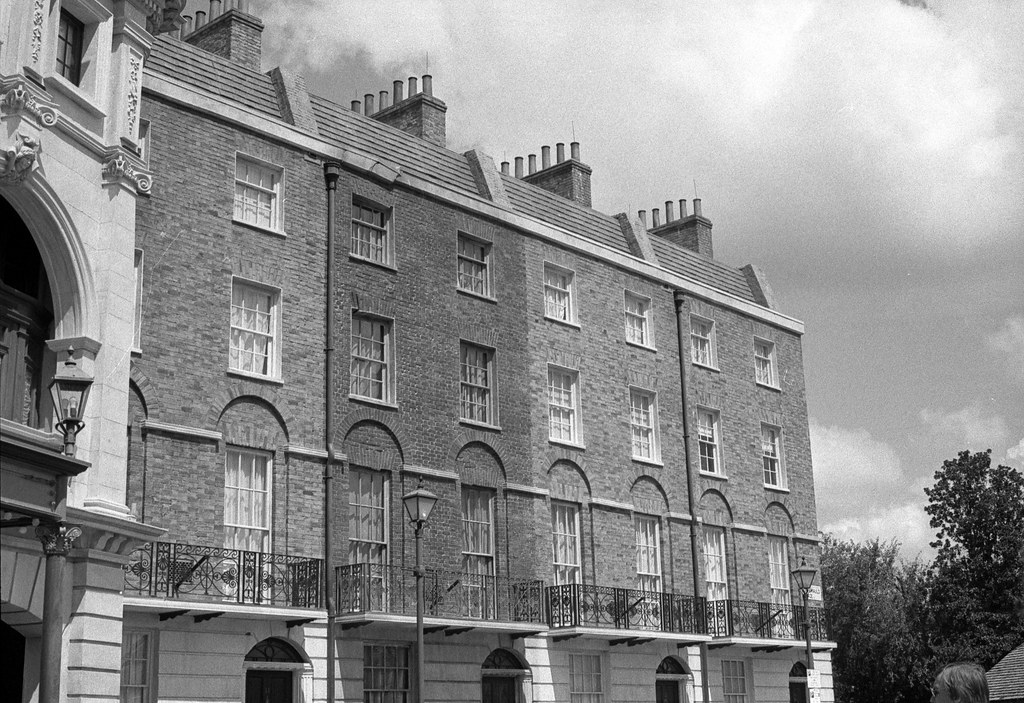 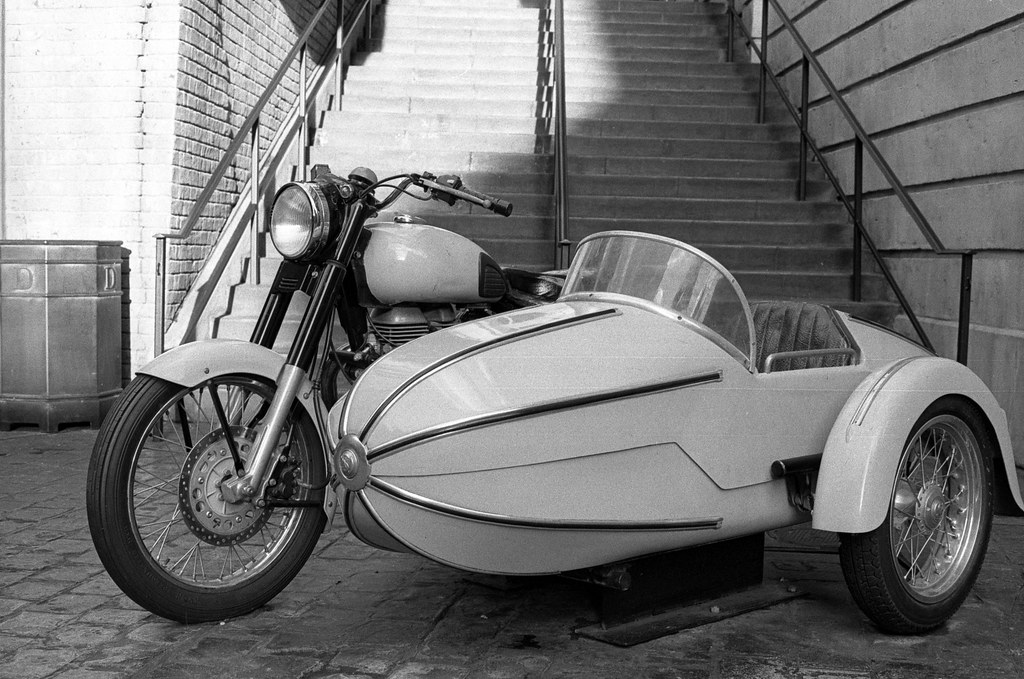 The first part of any trip to Universal is getting there from your Disney resort. If you’re like me, you may have left your car at home and renting a car for a single day is far too much trouble. Not to mention fighting traffic, even though it’s a 15-minute drive. There is a word of a free shuttle, but avoid that also it takes far too long to get to you and to the park. If you’re a user of ride services like Uber or Lyft, use these. Or just get a taxi, there are usually taxis waiting at the resort and at Universal. The cost is about 80$ for a round trip but makes your life so much easier. The parks open at 8 am and close at 5 pm, so it’s best to get there for when it opens or earlier, and stick around for dinner if you’re so inclined, plenty of options are available outside the parks themselves but still on Universal Property (like Disney Springs). 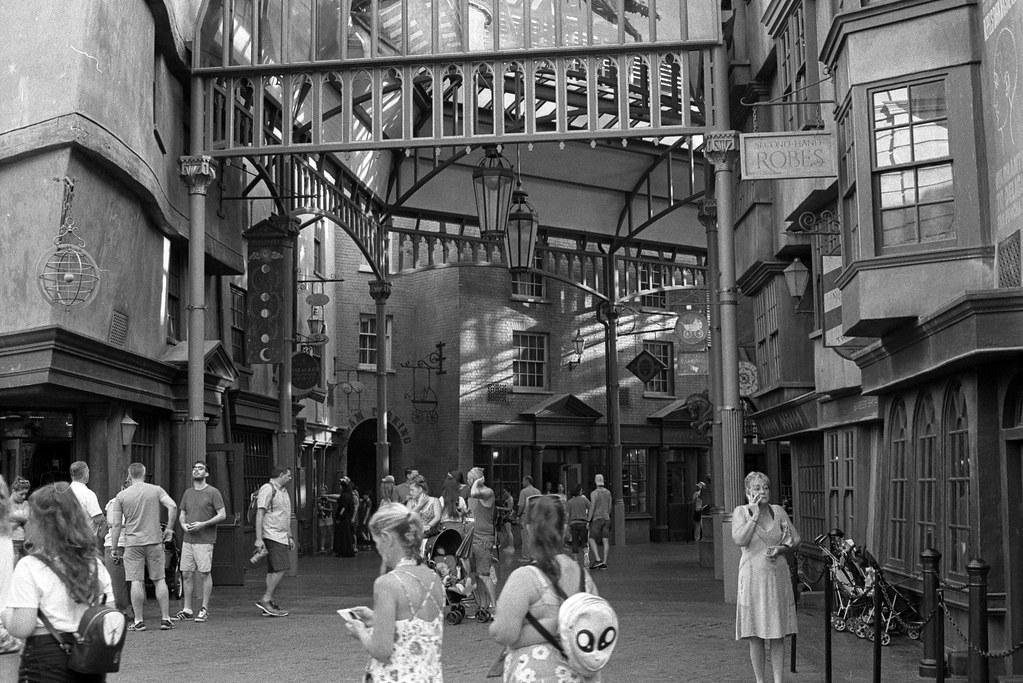 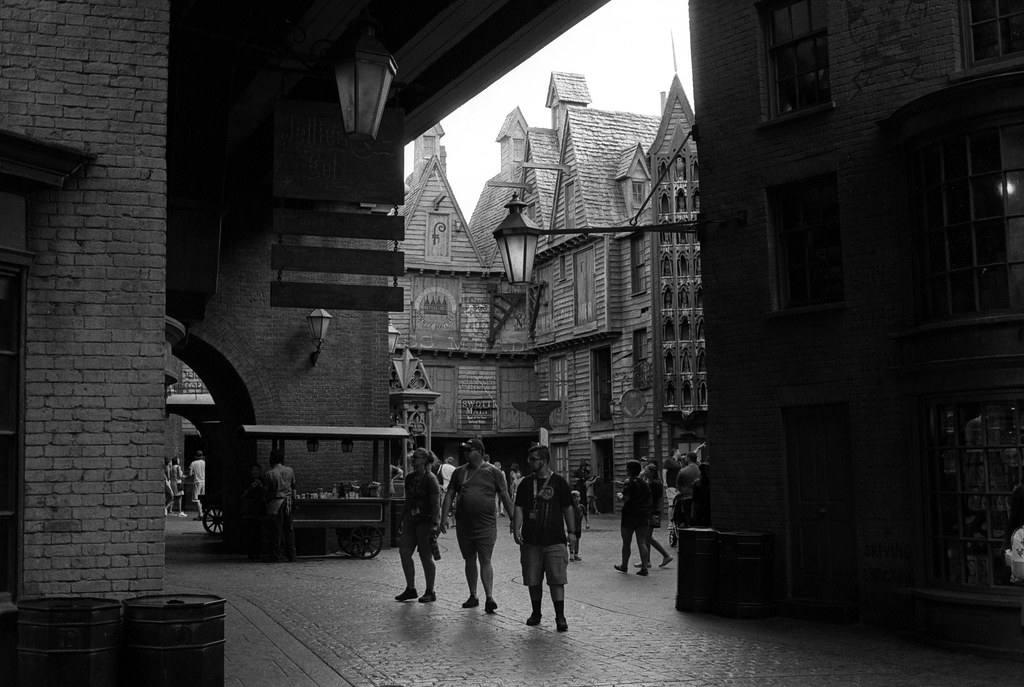 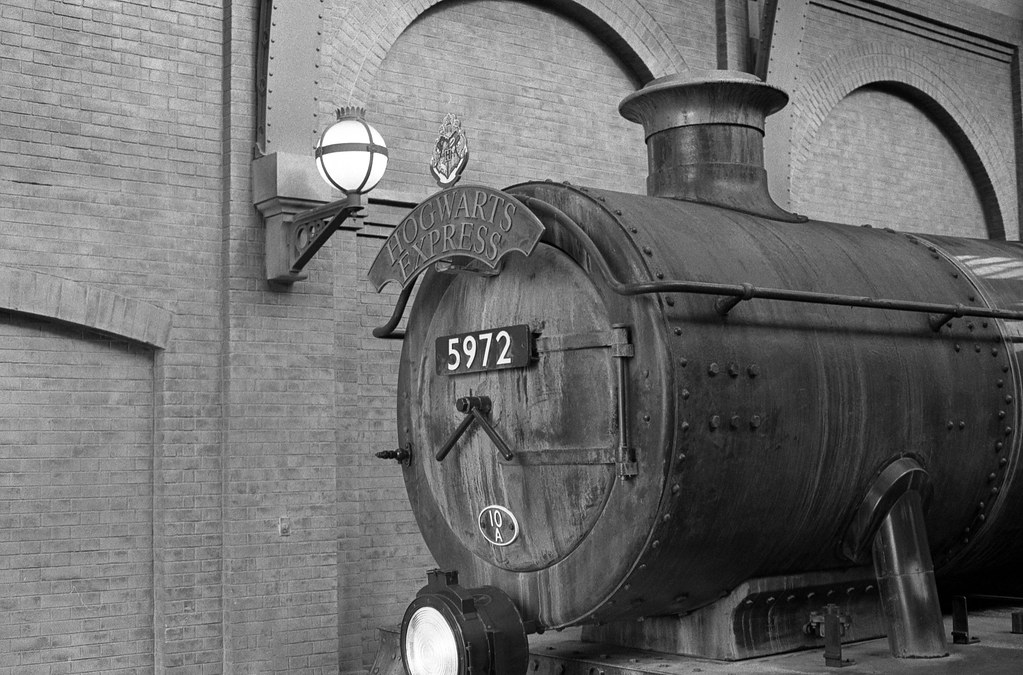 For a series about magic, the amount of photography and classic cameras featured (especially in the films) rather prominently like the iconic Argus C3 in the Chamber of Secrets. That said, I don’t recommend bringing such a camera with you, while Hogsmead is great for Sunny-16 shooting if you get into Diagon Ally you’re in weird and varied lighting conditions, and a meter would again slow you down. Even my XE-7 had some issues with its centre weighted meter, and the matrix meter on my a6000 had issues as well! So make sure you bring a film that has a good dynamic range and considers even developing in a compensating developer for B&W. I ended up bringing a roll of Ilford HP5+ and developing in D-76, but I should have given it a pull and done it in Pyrocat-HD. So a film like TMax 100 even 400 would work also. As for colour, Kodak Portra 400 would be best, as you can really shoot it from 100 to 1600 and develop as normal. Oh and while the 45mm lens I brought along was nice, I wish I had a 28mm especially for Diagon Alley. 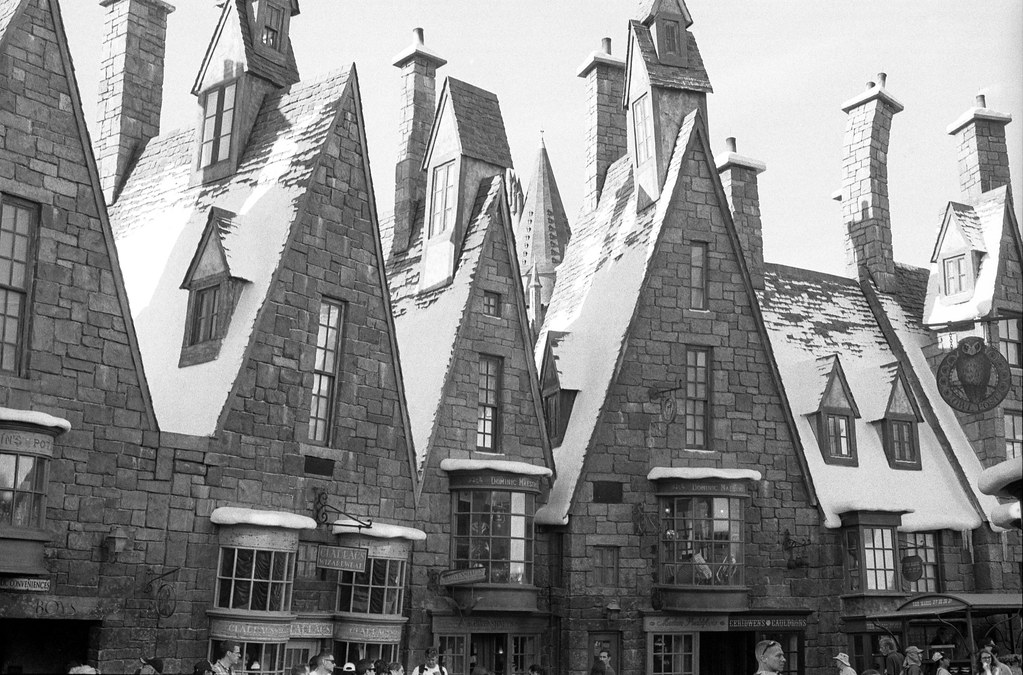 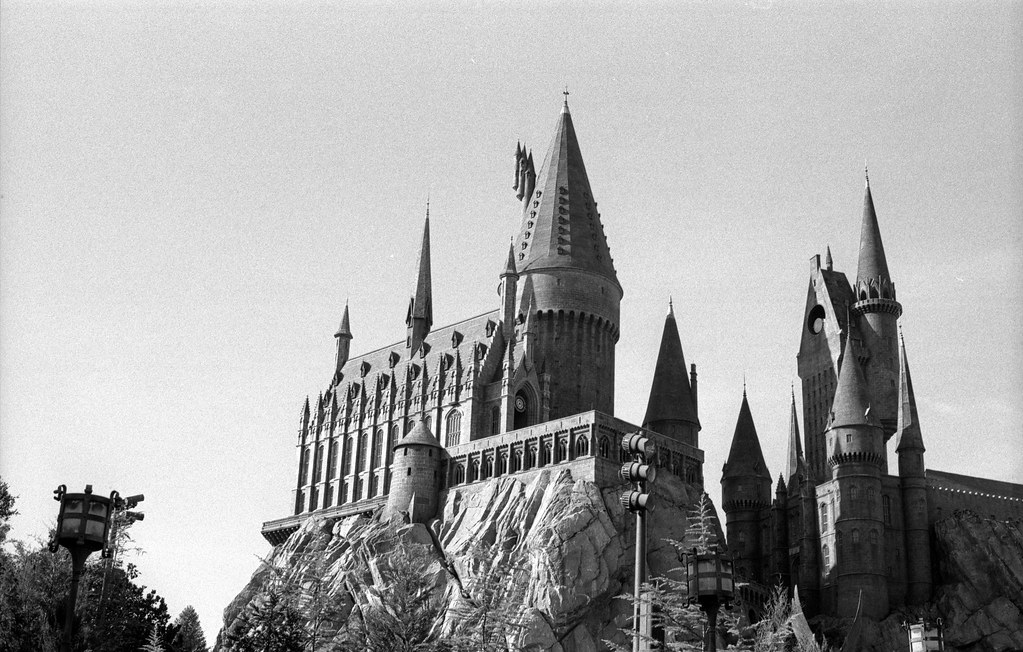 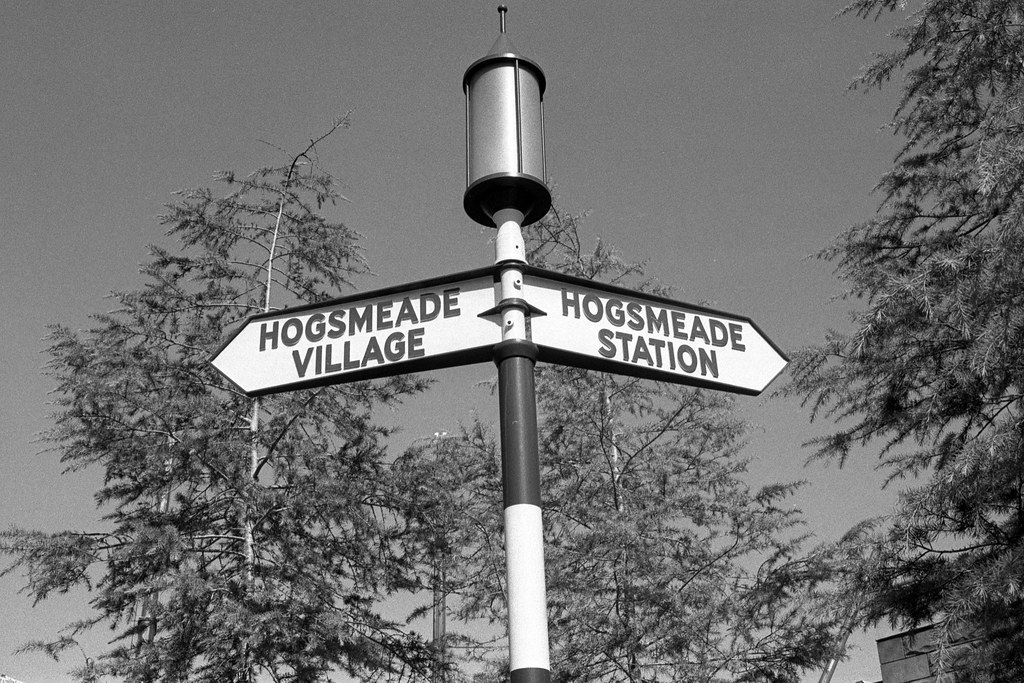 Honestly like Disney, Universal has built a truly immersive environment so bring lots of media, I managed to shoot a single roll of film but you could easily shoot a couple rolls especially if you venture out of the Harry Potter areas. And you can! Now I do recommend if you can, get a park-to-park pass, at least a two-park pass so you can move freely between the two areas, Diagon Ally and Hogsmead using the Hogwarts Express. Ride the train both ways, and be sure to check out the rest of the areas in the Studios and Islands of Adventure. Now as I mentioned earlier, the parks open at 8 am, if you’re a morning person as are your travel partners, get there for when it opens or rather before it opens, Heather and I were able to basically walk onto the two main rides in the Harry Potter areas, Escape from Gringotts in Diagon Ally and the Forbidden Journey in Hogsmead. Both are pretty awesome even if you aren’t a fan of roller coasters. If you want to see all the images including the digitals, check out the album over on Flickr!

ShareTweet
2018-10-29
Previous Post: Classic Camera Revival – Episode 46 – Do You See What I See
Next Post: Holga in the Downtown – World Toy Camera Day