The Toronto Film Shooters – In the Dead of Winter

It wasn’t as cold as I figured it would be as I stepped out of Union Station around 8 in the morning. There was still an hour and a half before the meet officially started. But if there’s one thing I learned about running meetups, as the host and leader, you get there early. Besides I had a final roll of Ultrafine Extreme 100 to shoot first, I wish I had waited until later to shoot it because shooting Extreme 100 at 200 in the dim morning light was not exactly the wisest plan. But today the name of the game was pushing film. I had a roll of HP5+ and some Tri-X as well. 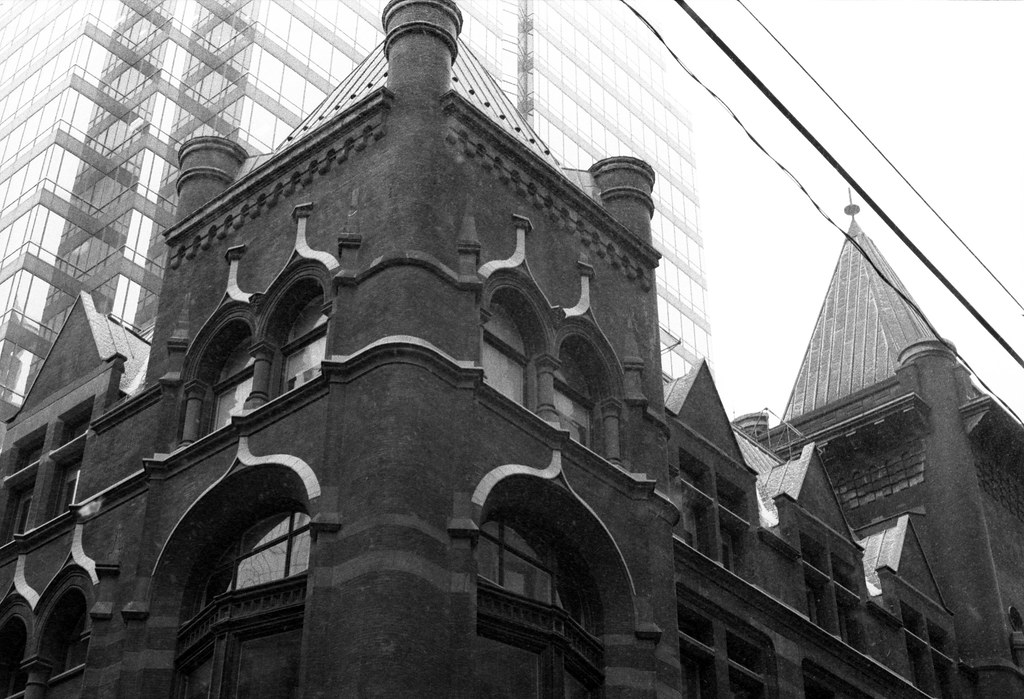 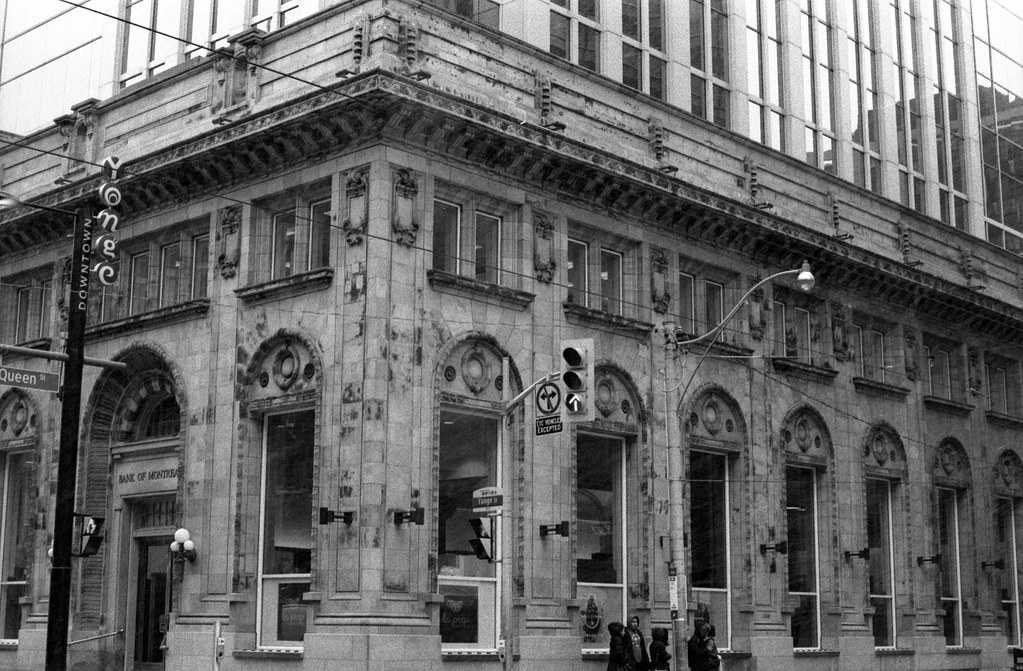 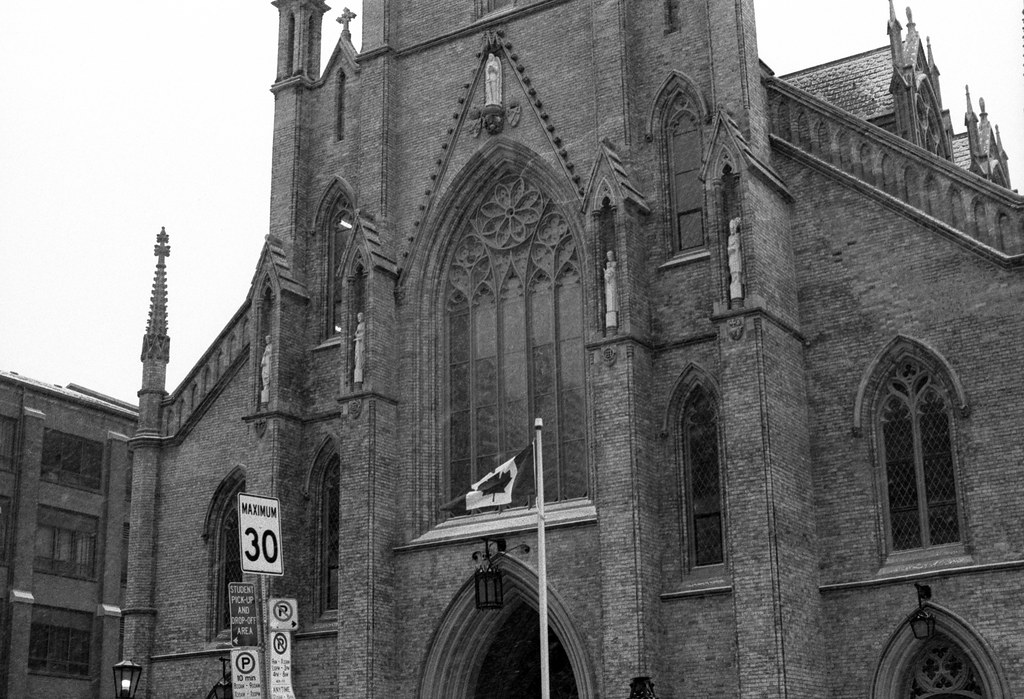 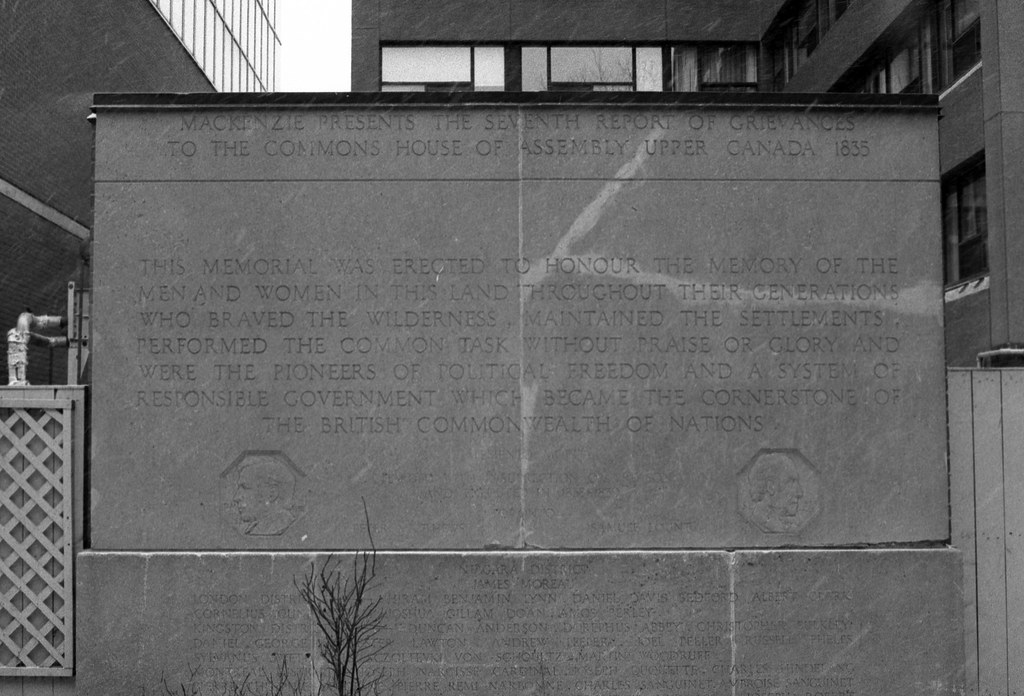 I was not expecting many to show up, mostly because of the weather as I settled in, and unbundled myself at our meeting spot, Dineen Coffee on Yonge Street. While a small shop, I figured we’d be out of there quickly after the last stragglers arrived. But as more people began to show up, I realised we were going to have a decent sized group, but I never expected almost everyone who had RSVPed to the event to show up. I mean, we’re here in the dead of winter and the coldest day of the year to that point (it got much colder Sunday and Monday). But the one saving grace would be that the wind did not pick up until later. 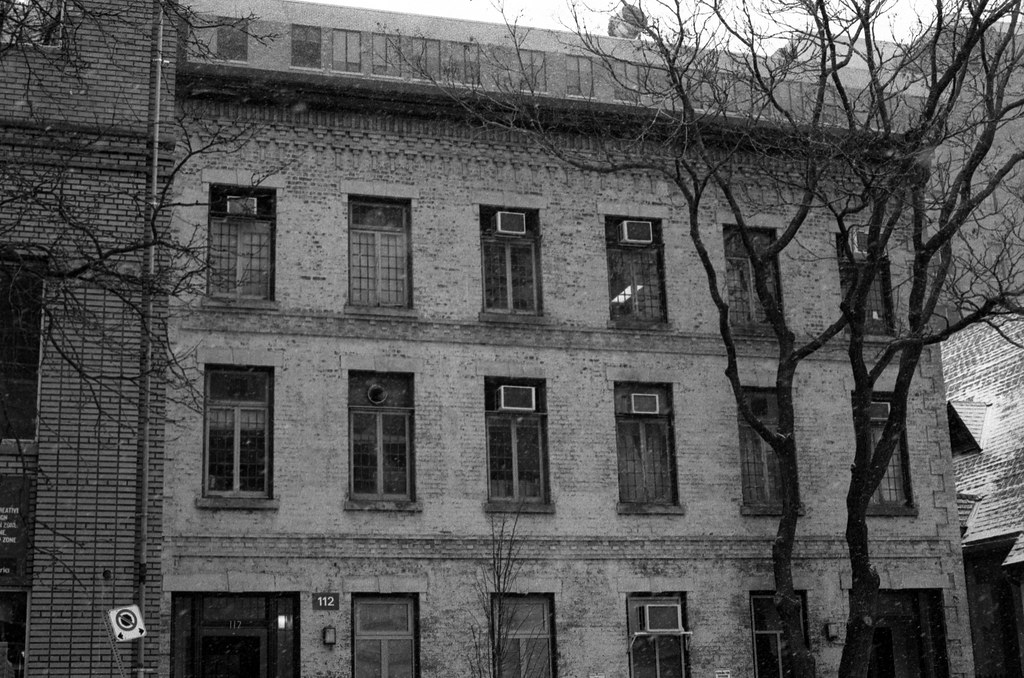 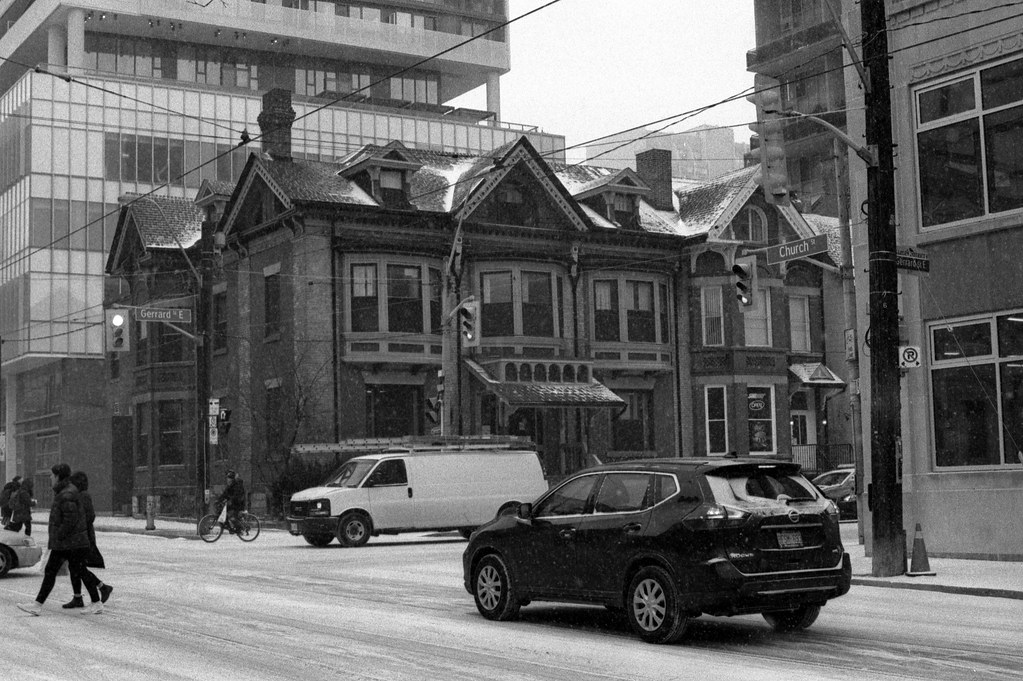 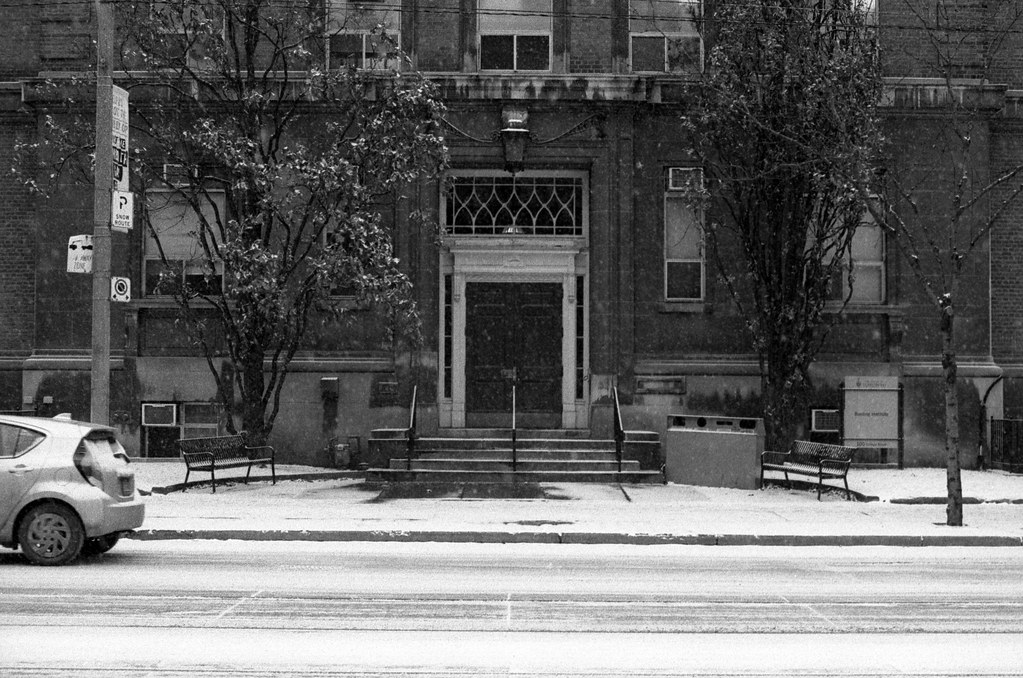 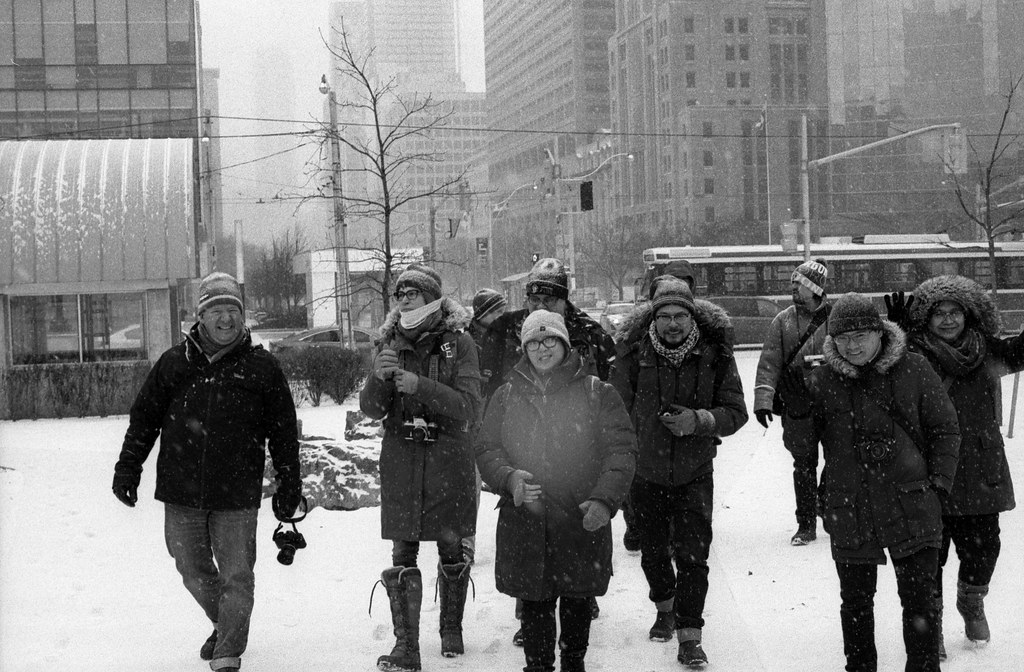 Bundled up again, we took to the streets. Now our end spot was further north on Yonge Street, but only a half-hour by a direct route, so I had a round-about way planned that snaked through the city. Downtown Camera to stock up on film for the event or in general. I needed some film and of course, Microphen to process all the film I shot that day. From there it was up Bond Street past William Lyon MacKenzie’s former house, skirting the Ryerson Campus via Church Street. Then along past Maple Leaf Gardens, crossing Yonge Street at College. I had originally planned to take the group through the University of Toronto campus, but instead switched out and took the eastern side of Queens Park at the Ontario Legislature. Then into the swanky Yorkville Neighborhood before rejoining Yonge just above Bloor. Ending the walk a couple of hours later at the Rebel House, named for the proximity to the Battle of Montgomery’s Tavern during the 1837 Upper Canada Rebellion. 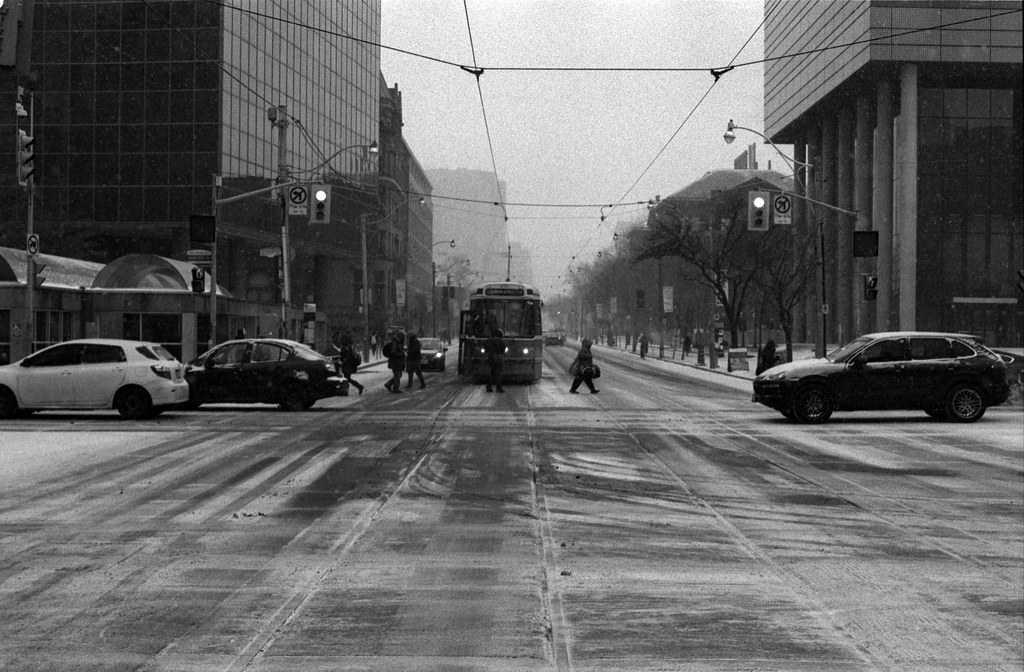 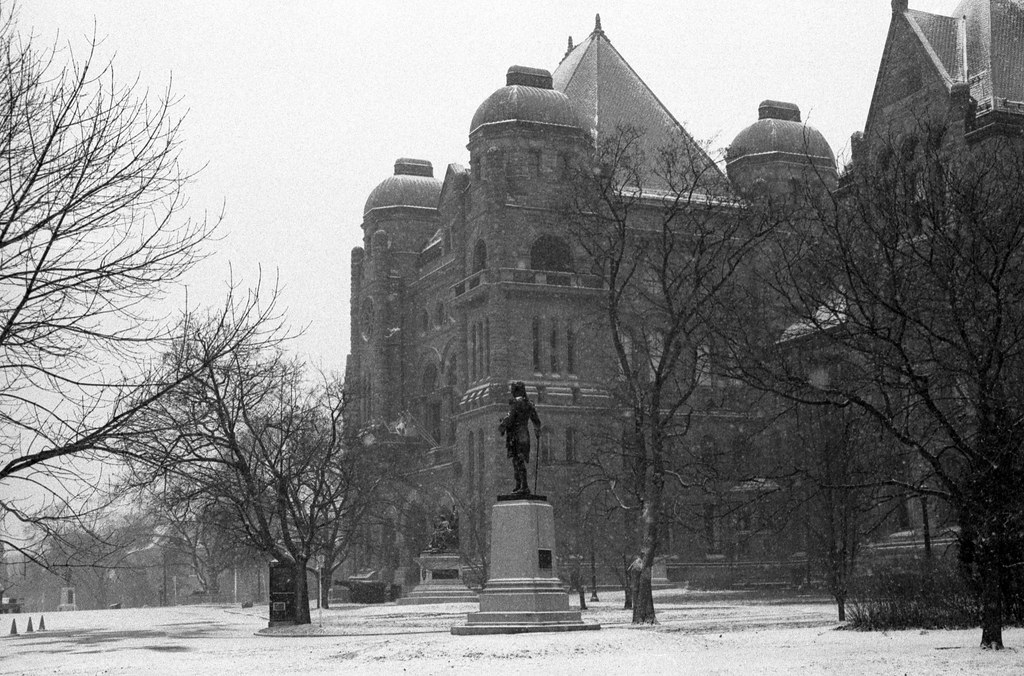 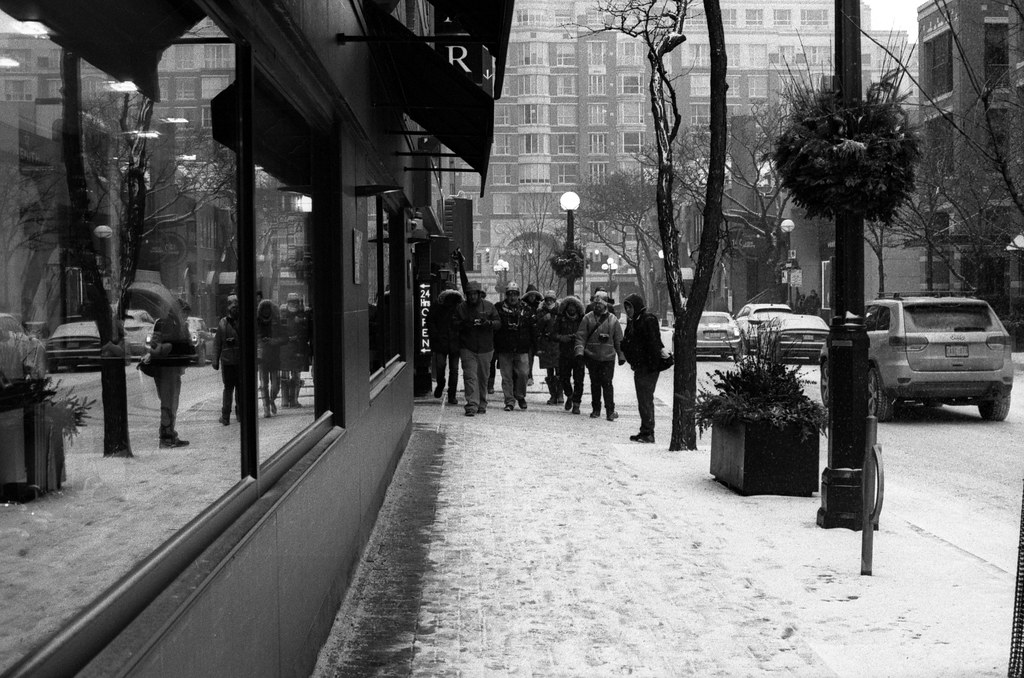 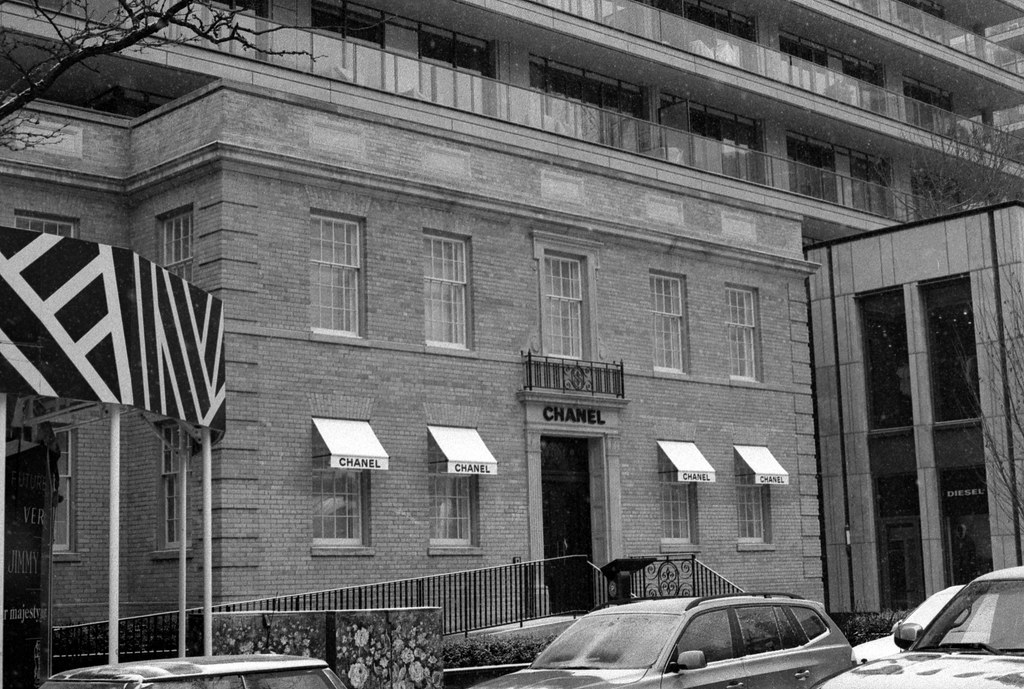 With the help of my lovely wife, I was well dressed for the weather, thermal underwear, wool socks, good boots, scarf, hat, coat, and gloves kept me warm as did the movement. The best part about the route was that it showed off all the different layers for Toronto history mostly focusing on the mid-19th-century areas of the city. And surprisingly the group kept up, and none of them bailed because of the weather, and we had close to the same number when we finally hit and took over the upper floor of the Rebel House. 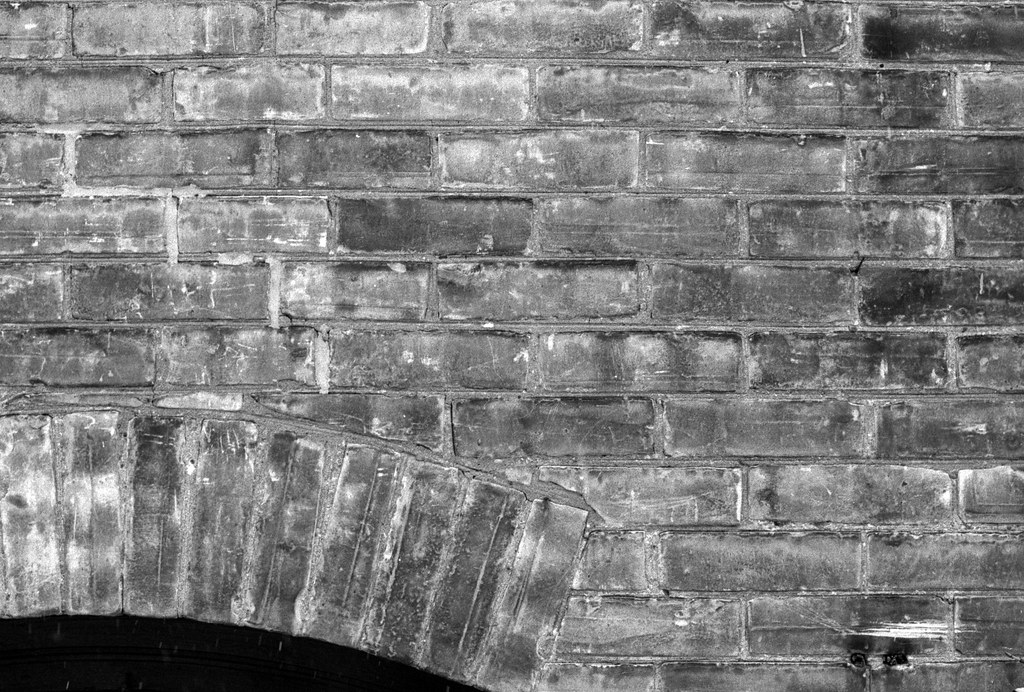 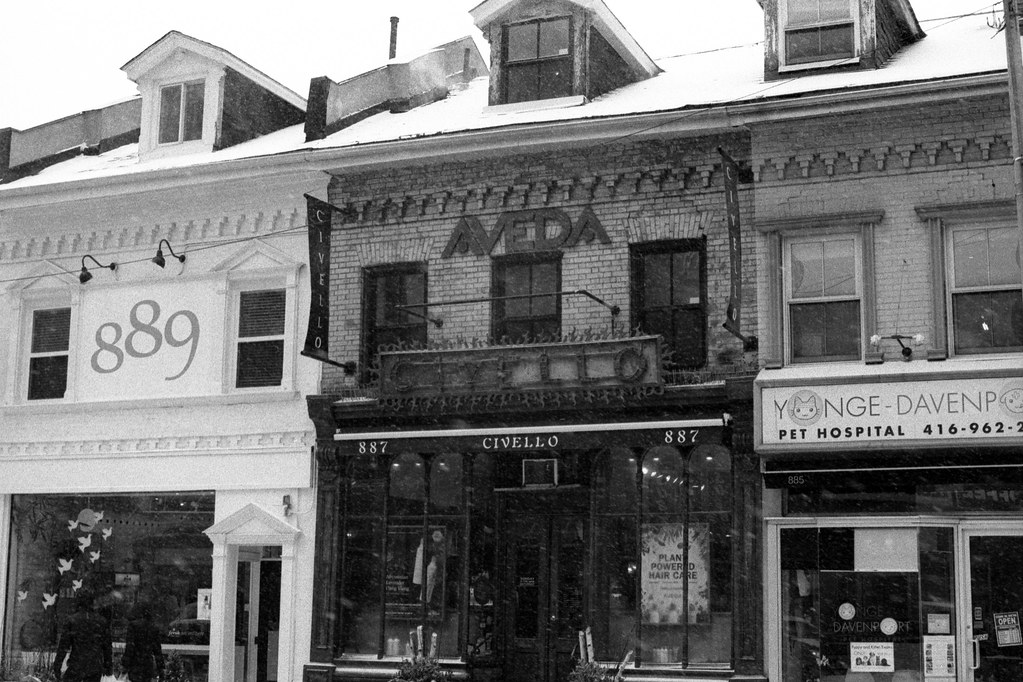 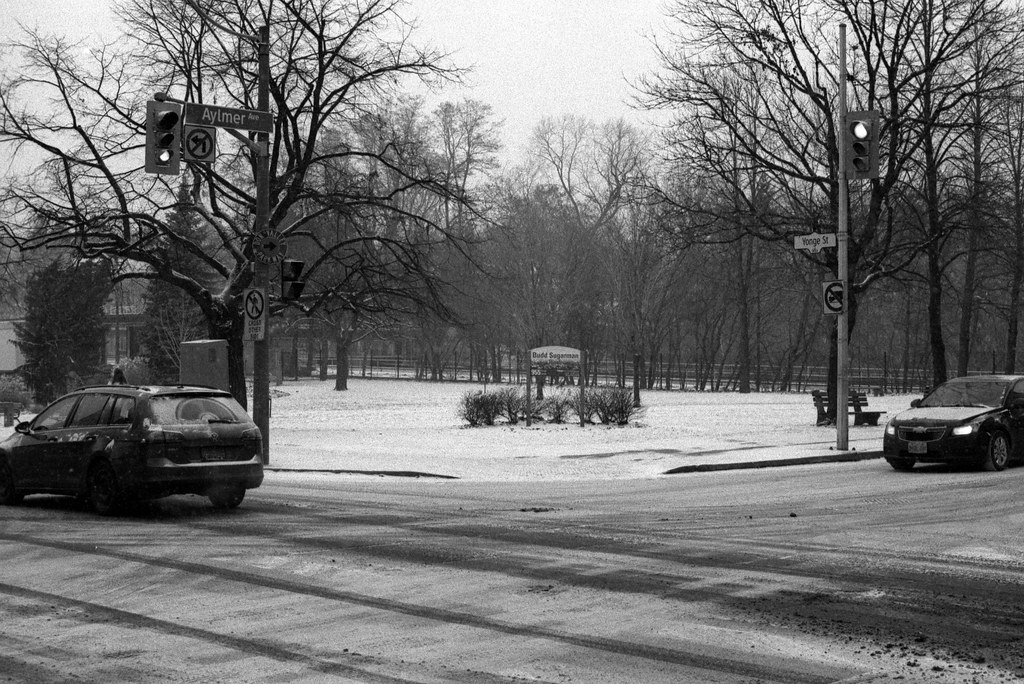 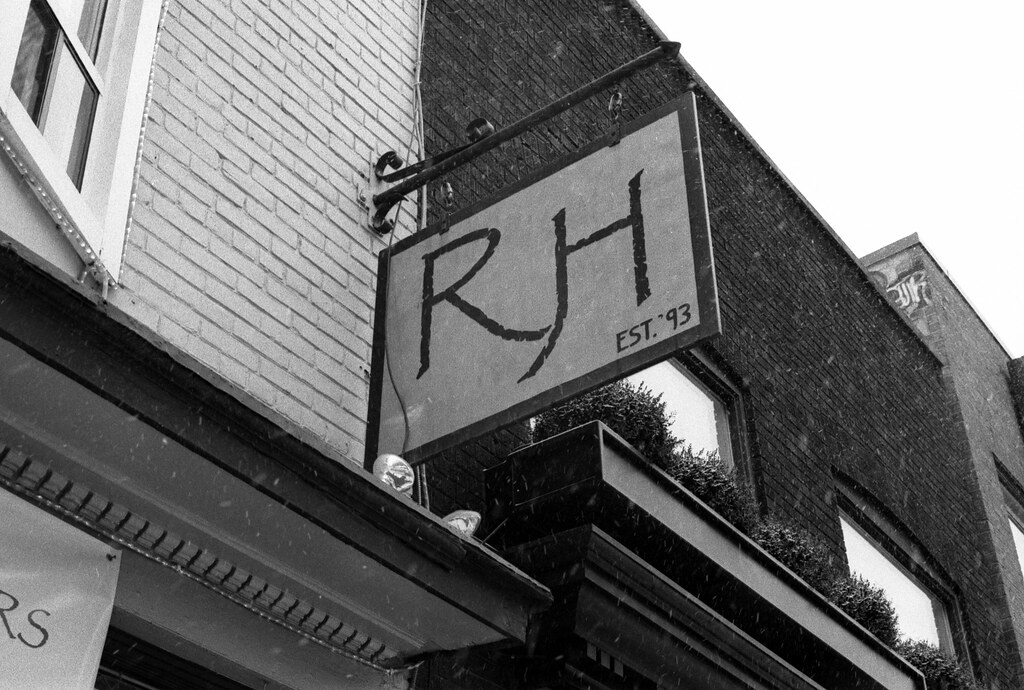 Overall I am pretty pleased with the walk, the turnout, and my photos from the event. Considering back in 2015 we had a similar winter meetup in just as cold weather, but only a few people showed up and we bailed much earlier. I had completely forgotten about it, but I guess subconsciously I learned my lesson to keep moving. If you want to see all the images from the event, you can check out the Flickr Album. Interesting in joining a future walk, join our Facebook Group (be sure to answer the questions), also check out the webpage for further details.