Fort George, once the primary defensive structure for Upper Canada at the mouth of the Niagara River located on the edge of the quaint tourist town of Niagara-On-The-Lake, Ontario. Built apparently to provide the British Army in the center a headquarters following the surrender of Fort Niagara to the Americans at the close of the 18th Century, today sits as it would have during the height of it’s use in 1813 as a National Historic Site. 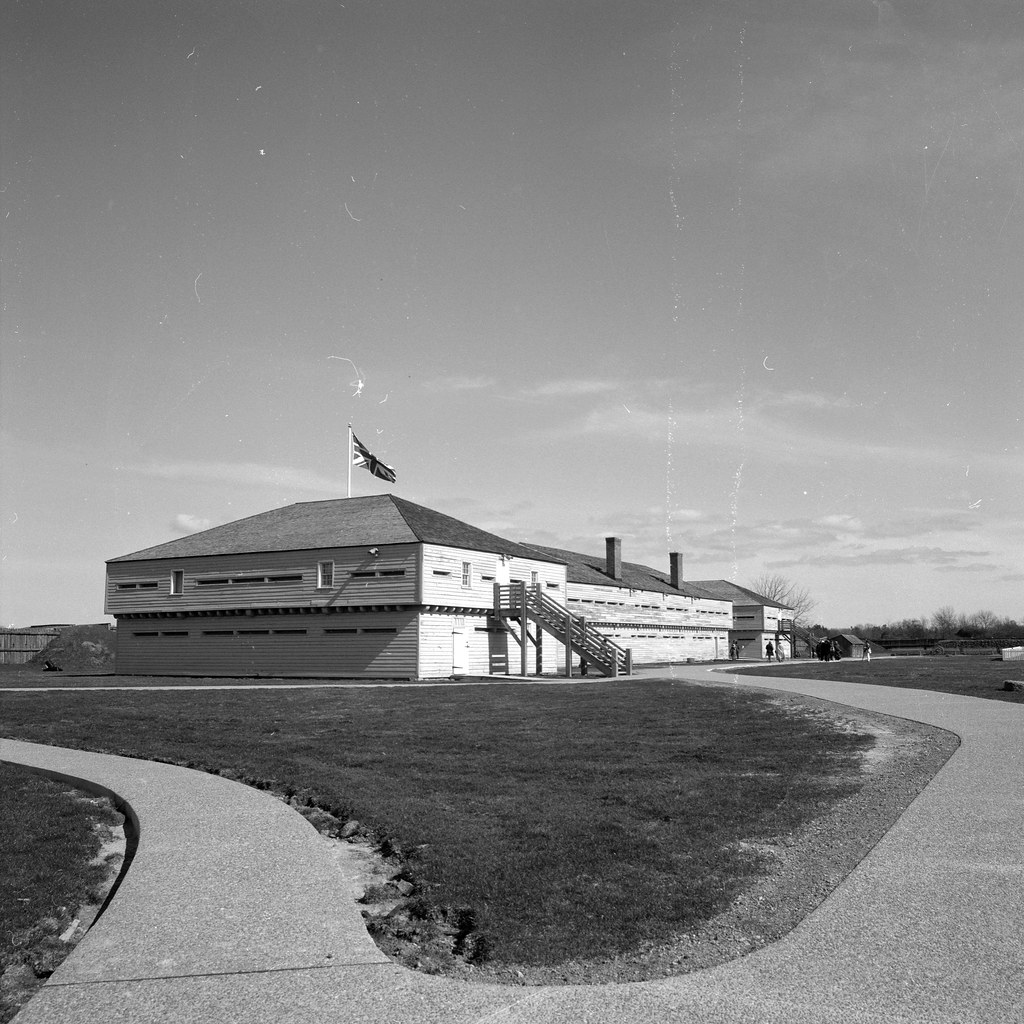 The history of Fort George begins in 1796. Following the American Revolution, the British had maintained their hold on several forts in the newly established United States. While the original treaty ending the American Revolution was signed the British were required to turn over these forts but had failed to do so, and a second treat, the Jay Treaty signed in 1796 resolved this issue. One such post was Fort Niagara, built by the French in 1729, captured by the British in 1759 and remained in British hands as an active Loyalist fort throughout the Revolution. Royal Engineers began to construct a replacement garrison for the Army of the Center just outside the small town of Newark completing the work in 1802 and giving it the name Fort George. Shortly after this, Major-General Issac Brock selected the fort as his personal headquarters over the garrison at the colonial capital of York. 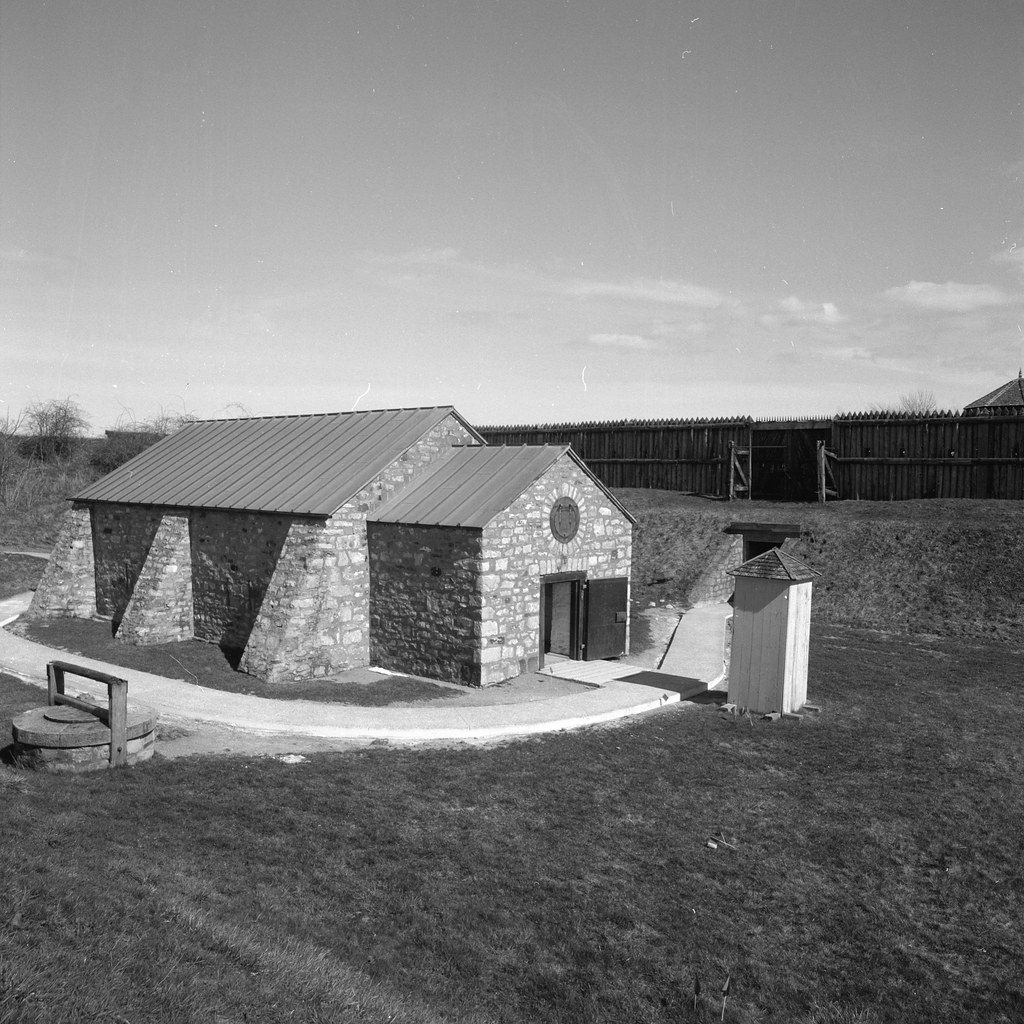 There is a story of how on the eve of the American declaration of war against the British Empire and subsequent invasion of Upper Canada that the officers of Fort Niagara were dining at Fort George with their British counterparts. Upon hearing the news that war had been declared the dinner continued, and the American officers returned to Fort Niagara, and the next day the two forts opened fire upon each other. Besides, that one urban legend Fort George saw little action during the first year of the conflict, save for exchanging artillery fire with the Americans. Following the battle of Queenston Heights, the Fort did serve as the burial place for General Issac Brock until he was reinterred at Queenston Heights in the mid 19th-Century. 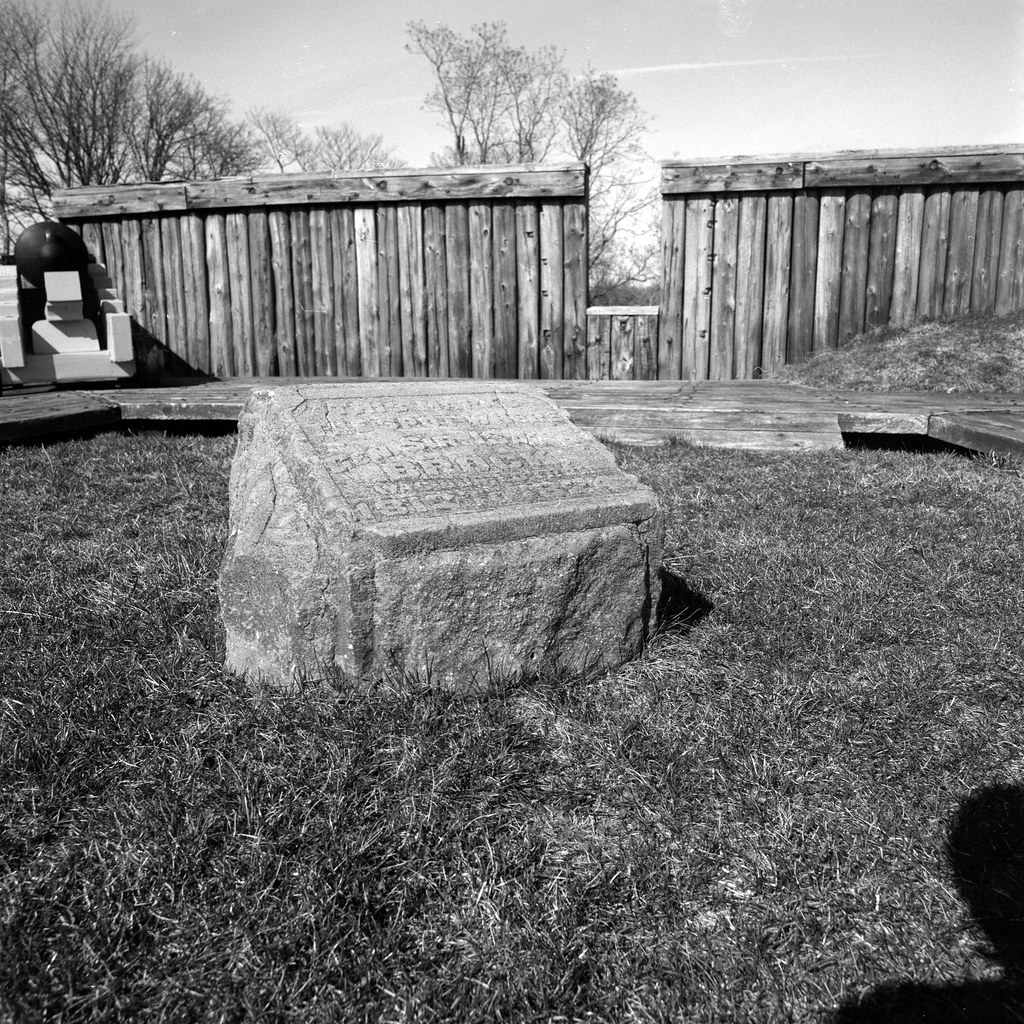 The Americans laid siege to Fort George in May of 1813; a massive naval bombardment followed with a ground attack forced the British to retreat to their fortifications at Burlington Heights. During the battle, much of the fort suffered severe damage or was flat out destroyed, while the Americans made some attempt to reconstruct the fortification little was made. When they retreated in December of that same year, they made a point of destroying any building that might have been left. The ruins of the fort acted as a shelter for the few family’s displaced during the destruction of the town at the hands of the traitorous Canadian Volunteers who had allied themselves with the occupying American army. When the British Army returned, they decided to construct a new fort closer to the mouth of the Niagara river. Making use of the building material left by the destruction Fort Mississauga was quickly built. 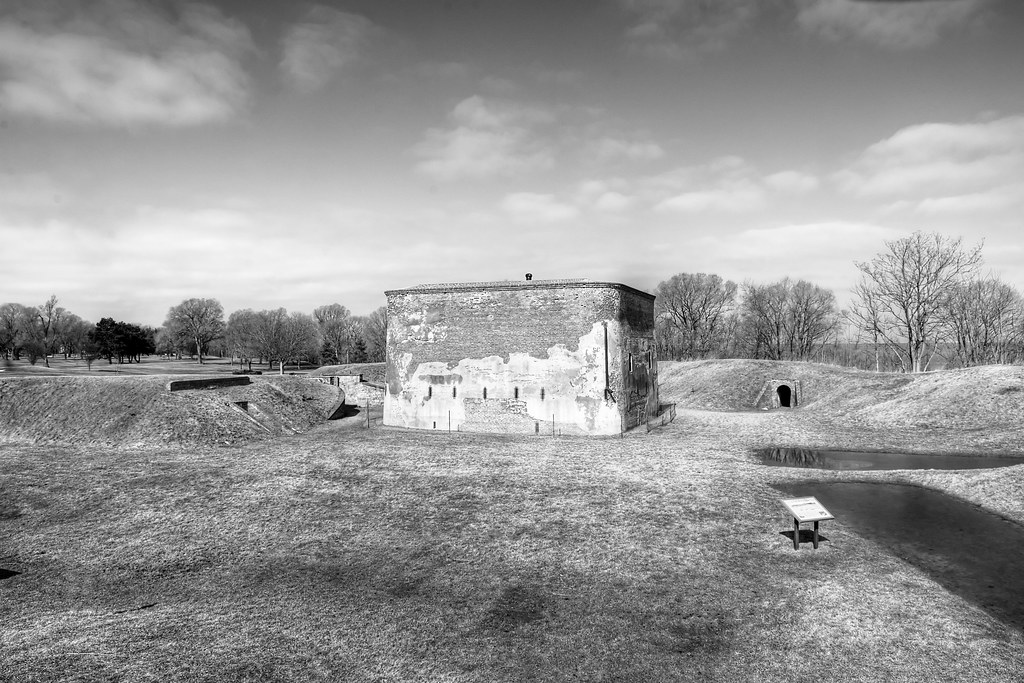 Following the Treaty of Gent, the British army did little to restore the old Fort George, choosing instead to continue to maintain Fort Mississauga and construct Butler’s Barracks further inland as their larger military post in the region. The history of the site does not end in 1815. By 1820 only the 18th-Century Powder magazine was left, surrounded by a golf course and farmland. But history has a tendency to repeat itself, and 100 years later, Britain and by extension Canada found itself at war again. Fort Mississauga, Butler’s Barracks, the former Fort George became known as Camp Niagara a training grounds for members of the Canadian Expeditionary Force as they trained to head over the carnage of World War One. There are even historical photos of Canadian troops posing next to the old powder magazine. Once the war came to an end, the site again fell into disuse, but the Great Depression fo the 1930s saw a need for make-work programs and saw many of the fortifications along the Niagara River rebuilt and restored as National Historic Sites, among them Fort George. Working from original plans, the fort saw many of its buildings reconstructed and laid out as the fort would have been in 1813. 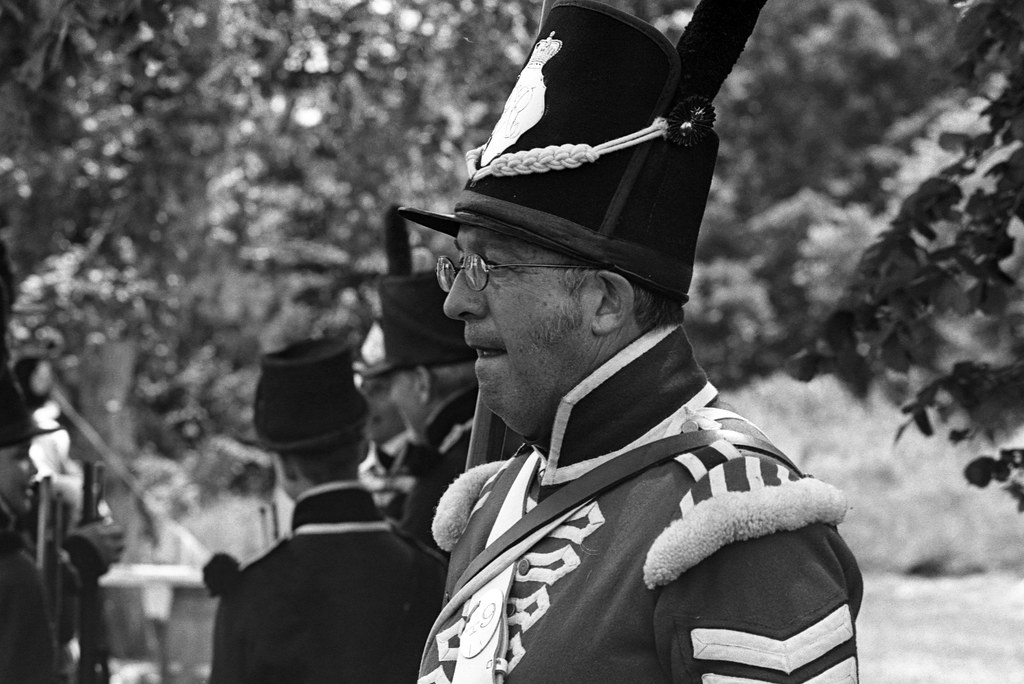 Today the fort is operated by Parks Canada as a National Historic Site and is open year round. During the spring and summer months it is open seven days and week and on the weekends in the winter. During the spring/summer months the Fort employees students who dress in the uniform of the 41st Regiment of Foot and operate as a well-drilled guard squad. The Fort also maintains a fife and drum corps again dressed as members of the 41st Regiment. In April the Crown Forces in North America, the umbrella organization that coordinates all the War of 1812 reenactors from British Units operates a drill school at the Fort.

Sources:
Guidebook to the Historic Sites of the War of 1812 Second Edition, Revised and Updated
Gilbert Collins
www.pc.gc.ca/eng/lhn-nhs/on/fortgeorge/natcul/natcul2.aspx