Project:1812 – The Invasion of Upper Canada

When war was declared in June of 1812, neither side was particular ready or wanting to go to war, they hoped that simply being at war would generate the fighting spirit among the troops. Plus with methods of communications being what they were at the time, there was a bit of a delay getting the word out, in fact the British forces stationed in Upper and Lower Canada knew about it before even the Americans did. The British had a very small force of regular troops stationed in British North America, most being concentrated at Quebec City, the Capital of the colonies, and Halifax, home of the North American Station for the Royal Navy. Realizing this, General Isaac Brock, the commander of British forces in Upper Canada (Ontario) began raising and training local militia units, in which arose another problem. Should the US invade, which side would the population be on. Most of the civilian population in Upper Canada were former residents of the 13 Colonies, who had remained loyal to the British Crown. But would they welcome the Americans as liberators, or resist them as invaders. Plus there was the whole question of the French Canadian Population in Quebec who were forced under British rule after the Seven-Years War. It was exactly that which the Americans banked on, that the civilians would welcome them. Because on the same note, the Americans had a very small and poorly trained professional army, as the general feeling was the limit the size of a standing army and again relied on locally raised militia units. It was this that had former President Thomas Jefferson pen the famous quote.

The acquisition of Canada this year as far as the neighborhood of Quebec will be a mere matter of marching, and give us the experience needed for the attack on Halifax the next and the final expulsion of England from the American continent.

The strategy was simple, a coordinated three pronged attack against key points in Upper and Lower Canada. In the west, Revolutionary War General William Hull would take the Army of the Northwest, cross the Detroit River and seize Fort Amhurstburg, in the center, Militia General Stephen Van Rensselaer would capture the British strongholds on the Niagara peninsula, Fort George, Queenston Heights, and Fort Erie. And in the West, General Henry Dearborn would take Montreal, cutting off Upper Canada from supplies and reinforcements from Halifax and Quebec City, while Commodore Isaac Chauncy would make a feint attack against Kingston to pin down the Royal Navy Squadron. The only general to being moving his force into position was General Hull. The army marched north from Cincinnati starting in May of 1812, reaching the Maumee River by June, by this point, his force of regulars had been reinforced by several regiments from the Ohio Militia. Hull by that point was still unaware that war had been declared and sent his luggage, papers, and engineering tools ahead on the USS Cayahoga. As the Cayahoga passed by Fort Amhurstburg, on the 2nd of July, a British ship of the Provincial Marine fired upon and captured her, the same day that Hull received word of the State of War. 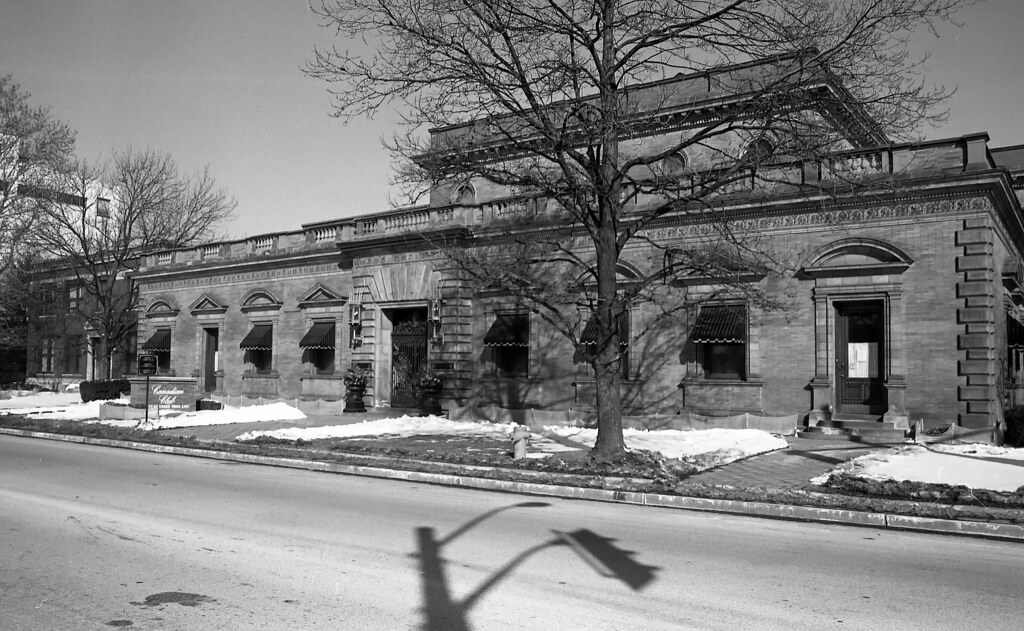 The landing site of General Hull’s invasion force is now occupied by the Canadian Club, part of the Hiram Walker Distillery

Colonel St. George, commander of Fort Amhurstburg upon receiving the intelligence of the American war strategy immediately sent word to Isaac Brock who was at York, trying to convince the Parliament of Upper Canada to call out the Militia, St. George requested assistance as his garrison contained only 300 Regular troops of the 41st of Foot, along with local militia and a few native warriors who were following the Shawnee Chief Tecumseh. Hull on the other hand had over 1000 troops, but Hull had a reputation of being a cautious commander, and St. George hoped that it would be enough to keep the invasion at bay before help arrived. Hull reached Fort Detroit on the 5th of July, and found that the gear and supplies aboard the USS Cayahoga had been captured and the supplies at the fort were low. Despite this, Hull’s staff officers urged that the invasion should be launched. Hull gave in and landed his force at the small village of Sandwich (now a part of Windsor, ON) on the 12th of July, the small garrison in the village, turned heel and ran south, being greatly out gunned and outnumbered. Hull established his headquarters at the home of François Baby. From there he issued a proclamation that the local citizens were now free of the yoke of the British Crown, and that they should rise up and join in liberating their fellow citizens. He also sent raiding parties along the River Thames. This only served to send the militia to ground to protect their homes, rather than join the Americans in a war of Liberation. 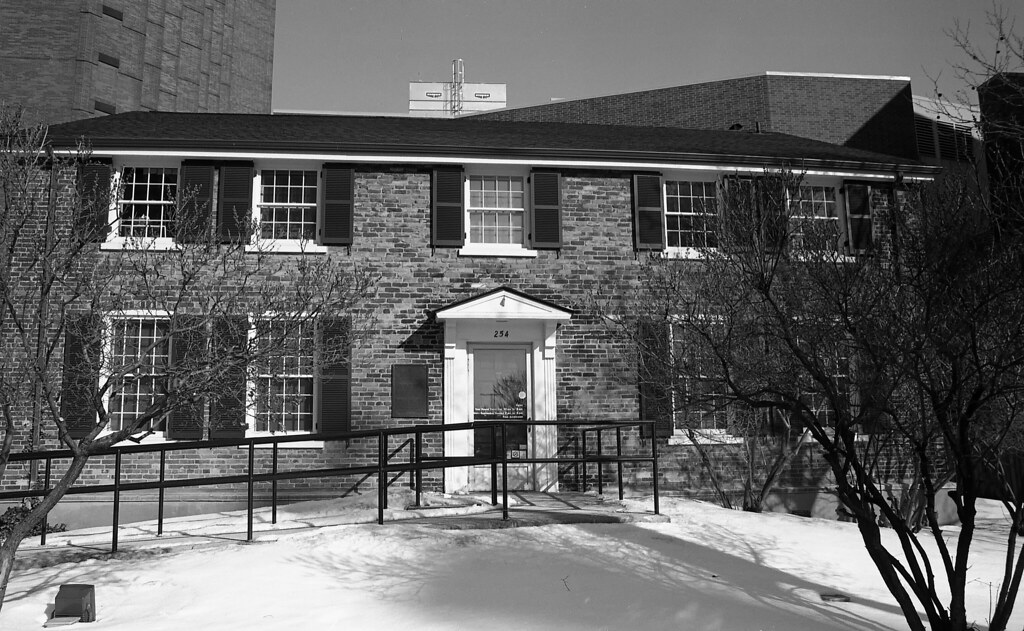 The François Baby House as it stands today. The house is used as a museum that highlights the Windsor area.

Hull, knowing that an infantry only force would have no hope of taking Fort Amhurstburg opted to hold at Sandwich and wait for the arrival of his artillery before launching an attack. Instead he sent advanced forces to probe the British sentry lines around Amhurstburg. On the 16th of July a force under Lieutenant Colonel Lewis Cass consisting of troops from the 4th US Infantry and Ohio Militia clashed with a British outpost at the Canard River. The British force, under Lieutenant Clemow of the 41st Regiment quickly ordered a retreat, however in the confusion two privates, Hancock and Dean were left behind. The two professional soldiers continued to fire into the American force until both were injured and captured. They both succumbed to their wounds, and would receive mention in a dispatch from General George Prevost as being the first two men to die in the defense of Upper Canada. 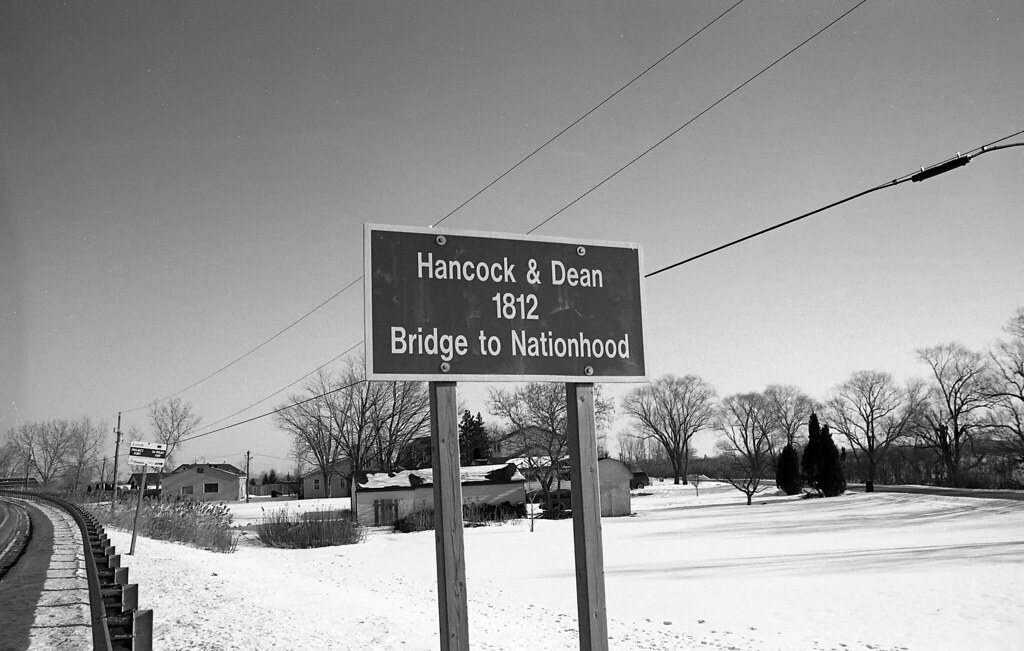 Hull continued to wait, even with the path now clear to capture Fort Amhurstburg, Hull refused to move his force from Sandwich. His staff officers even went so far as to being conspiring to remove the old General from command. But the worst parts of this was still to come and would be the undoing of General Hull. The initial phases of the War of 1812 have been fairly lost to time. The Village of Sandwich was absorbed into the city of Windsor in 1935. Hull’s Headquarters is now a museum and open to the public, and Hull’s landing site is marked by a plaque and sits on the property on the Hiram Walker Distillery.