Project:1812 – Battle of the Chateauguay

Moral within the American army was falling fast by the autumn of 1813. While Detroit had one, and at the Battle of the Thames William Henry Harrison had secured the western parts of Upper Canada, a majority of the colony remained in the hands of the British, and the only American army that could strike remained pinned at Fort George. The other two armies languished at Sacket’s Harbor and Burlington Vermont on Lake Champlain. The secretary of war, John Armstrong was at odds with his new Commander-In-Chief, General James Wilkinson where to strike next. Wilkinson believed that the best place to strike against the British was to capture the navy base at Kingston, where Armstrong thought Montreal would be the better target. Taking out Montreal would give the Americans control over the St. Lawrence and deny Upper Canada additional troops and supplies from Quebec City and Halifax. Wilkinson was an odd choice for the position, as he was universally despised by all both in the army and the government, save Armstrong himself. But eventually, the two came to the agreement that Montreal would make the better target of the two. Without the support from the strongholds in Lower Canada and Nova Scotia, Upper Canada would eventually fall to the Americans. The problem, however, was two-fold. The troops at Fort George were sick, as was Wilkinson himself, so he would transfer to Sacket’s Harbor to take command of the Army there, moving General George Izard to second-in-command. Wilkinson would move east along the St. Lawrence. The army at Vermont also posed a problem, its commander, General Wade Hampton refused to take orders from Wilkinson and stated that his troops were also ill, mostly untrained, and his officers inexperienced. Armstrong to smooth over the feelings of his two most senior generals told Armstrong he would have an independent command, and to Wilkinson that Hampton would obey his orders. He set it up so any communication between the two would go through the War Department. 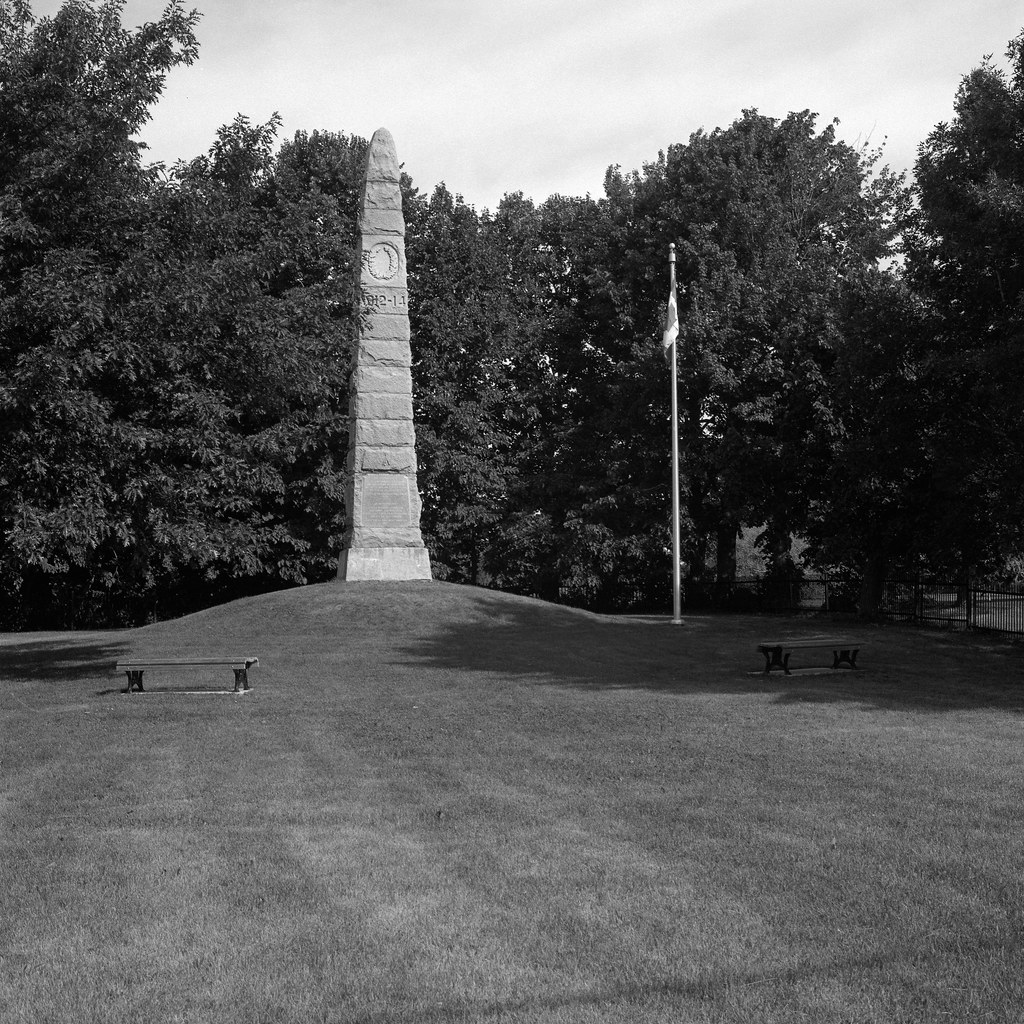 By the 21st of October, 1813, Hampton had reestablished his headquarters in Four Corners, New York, right near the border of Lower Canada. The border was no man’s land; there was no border between the two nations, and both trade and smuggling flourished. Two of these smugglers had managed to fall into the general’s hands. The Manning brothers were held by General Hampton, who continually tried to get as much information out of them as he could. Finally, he resorted to threating them with incarceration at Greenbush. The threat was useless, after spending a couple of weeks in a stable, a prison might offer some form of comfort. What Hampton did not realize, that his Sergeant of the Guard, a local militiaman was a close friend of the brothers, and that the brothers were in the employ of the British as spies. After being dismissed the sergeant promptly let them go, they carried with them, thanks to Hampton’s boasting, his exact numbers and possible plans. 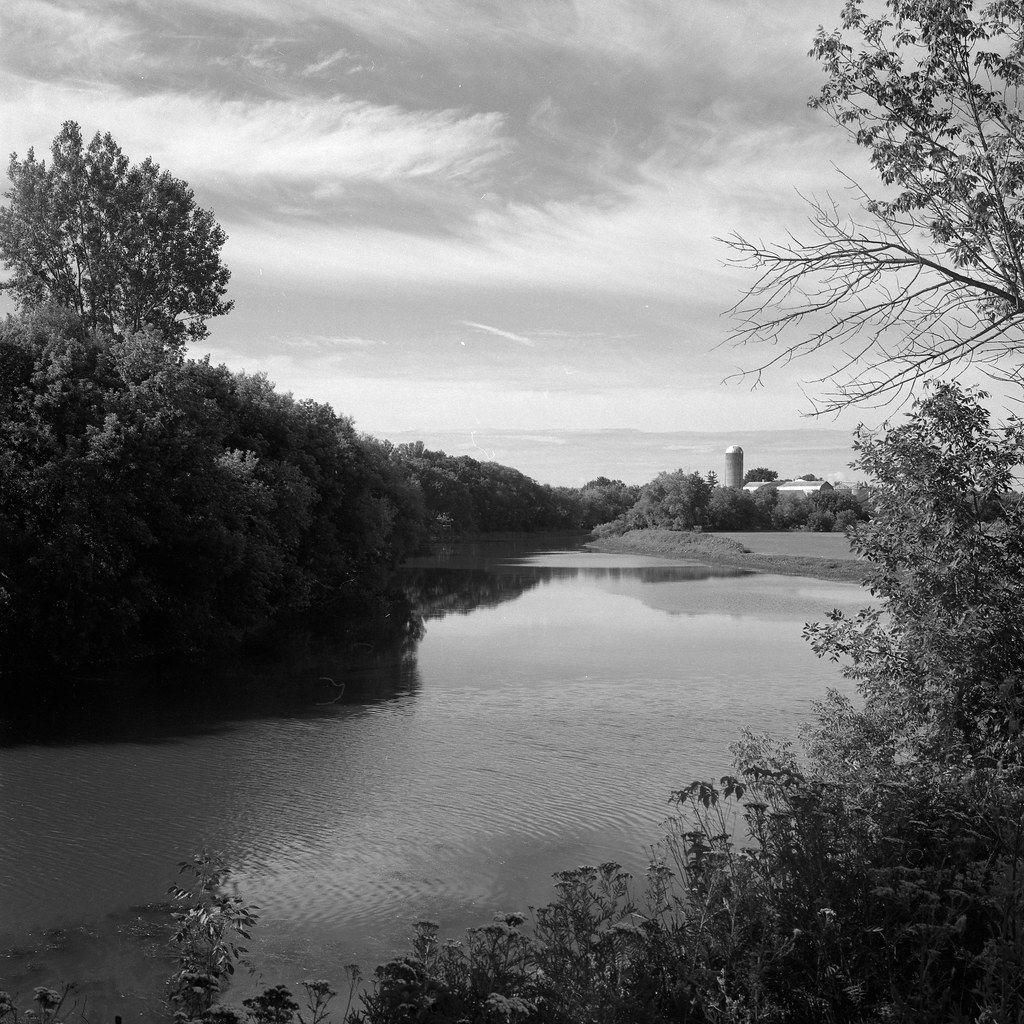 In Lower Canada, the commander of the defenses was no slouch, Lieutenant Colonel Charles de Salaberry, had already learned that Hampton’s advance guard under General Izard had crossed the Chateauguay River and had established camp on a farm some distance away, but welcomed the news that the Mannings brought him. He had his troops, a mix of Provincial Troops including his own Provincial Corps of Light Infantry, better known as the Canadian Voltigeurs, along with the red-coated and drilled as regulars Canadian Regiment of Fencible Infantry, along with militia forces from the region. He also got word that George Prevost had ordered a battalion of the Select Embodied Militia to reinforce him from Kingston and sent two battalions of Royal Marines from Quebec City to bolster the defenses of Montreal. Along the roads de Salaberry’s men began to build barricades and road blocks to slow any American advance, and began construction of extensive field fortification, the idea was to bring any attack to a very particular spot overlooking a ravine. He also kept his spies watching for American movement and reporting anything directly back to him. He knew the Americans outnumbered him, but his plan wasn’t to meet them in open battle with traditional tactics. De Salaberry had learned light infantry and skirmishing tactics under Francis de Rottenburg while he served in the 5th Battalion of the 60th Royal American Regiment of Foot, the first dedicated battalion made up of entirely light troops and armed with the Baker Rifle rather than smoothbore muskets. Hampton also did not want to risk a full frontal assault against de Salaberry’s defenses but had a trick of his own up his sleeve. 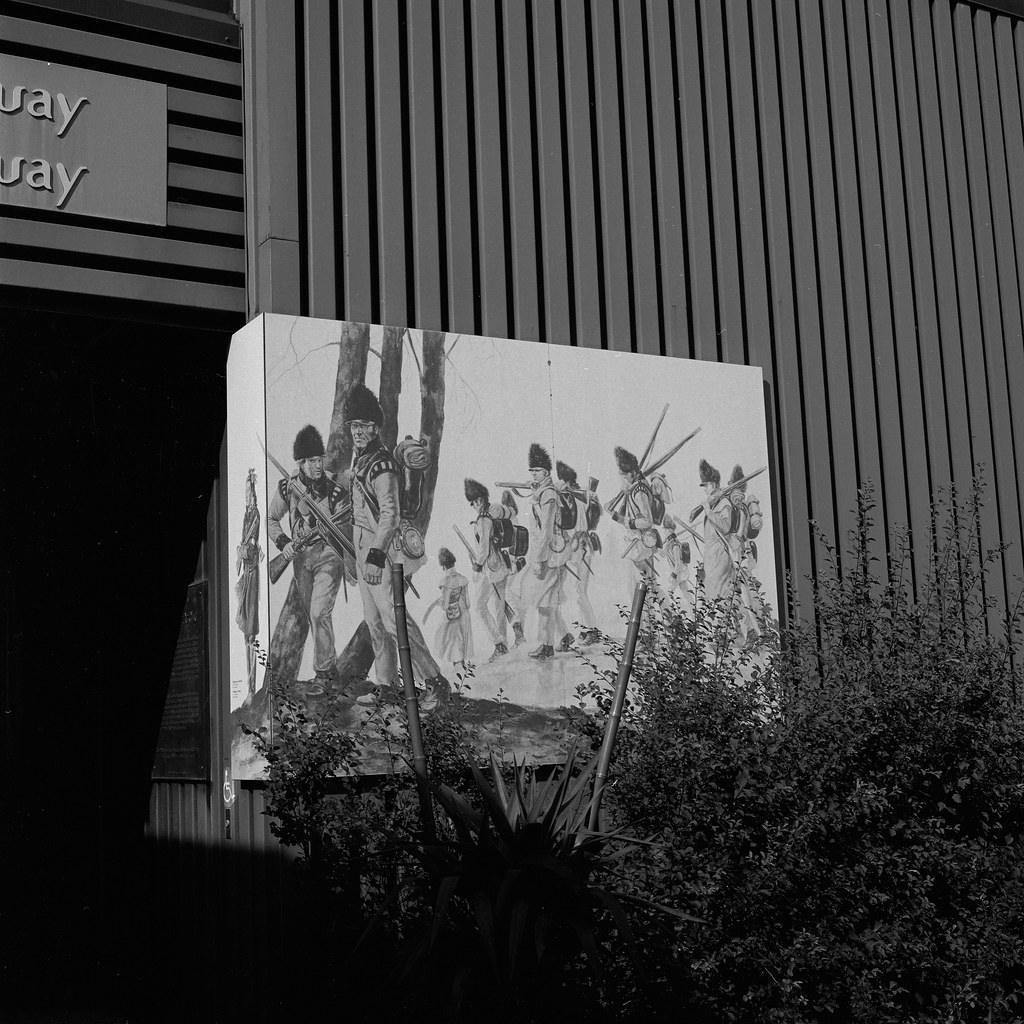 Hampton called Colonel Robert Purdy of the 4th US Infantry to take a brigade of men to outflank de Salaberry’s defense and attack from the rear, Hampton and Izard would then bring the remainder of the regulars (the militia having refused to cross because of the cold weather and inadequate equipment) to assault the front. Purdy’s brigade marched off in the evening of the 25th, disappearing to the waning light and rain. Hampton received word from Armstrong that he was to pull back and establish winter quarters at Four Corners, New York, south of the border. The defeated general attempted to pull back Purdy, but the messengers were unable to find the colonel in the darkness. By dawn on the 26th, Purdy’s force had managed to locate the crossing after wandering around lost during the night. And despite all his efforts to keep up on American movement, it was the one thing that de Salaberry wasn’t expecting. As Purdy’s advance guards begin to engage the Canadian workers and pickets scattering them, the French-Canadian commander, orders the militia watching the rear move in along with the Chateauguay Chasseurs (despite their majestic name, were no more than local farmers on horses). The mounted militia quickly cut and run at the first American volley, while the embodied militiamen, stood their ground, eventually driving Purdy into the woods in disarray. Purdy managed to halt the retreat and regain control of his men, sent word to Hampton, requesting reinforcements, but when the messenger reached the farm the main body of troops were stationed they had already left. Hampton’s patience had worn out, and he ordered that the troops be marched out and for Izard to start deploying for battle, in line. It is de Salaberry who is believed to have fired the first shot in the skirmish, toppling an American officer from his horse. The crack American volleys were answered by individual fire from the Canadian troops stationed behind the fortifications, each man carefully picking his target. Izard’s volleys had little effect, smashing harmlessly into either the woods or the fortifications. Buglers continued to sound various commands from all around the Americans, and natives ran in circles through openings in the forest to make it seem that a much large force of native warriors occupied the woods. Hampton was rattled, and when he learned of Purdy’s situation, decided that he faced a much larger opposing force than was present, decided in good order to pull the force back, leaving Purdy to fend for himself. The angered colonel eventually managed to evade the Canadian forces in the woods, arrives in much worse shape the following day at Hampton’s camp. Hampton resigns his commission and sends word to Wilkinson that he would not go to Cornwall as ordered, but would move down to Plattsburg and establish winter quarters there, moving out on the 28th. 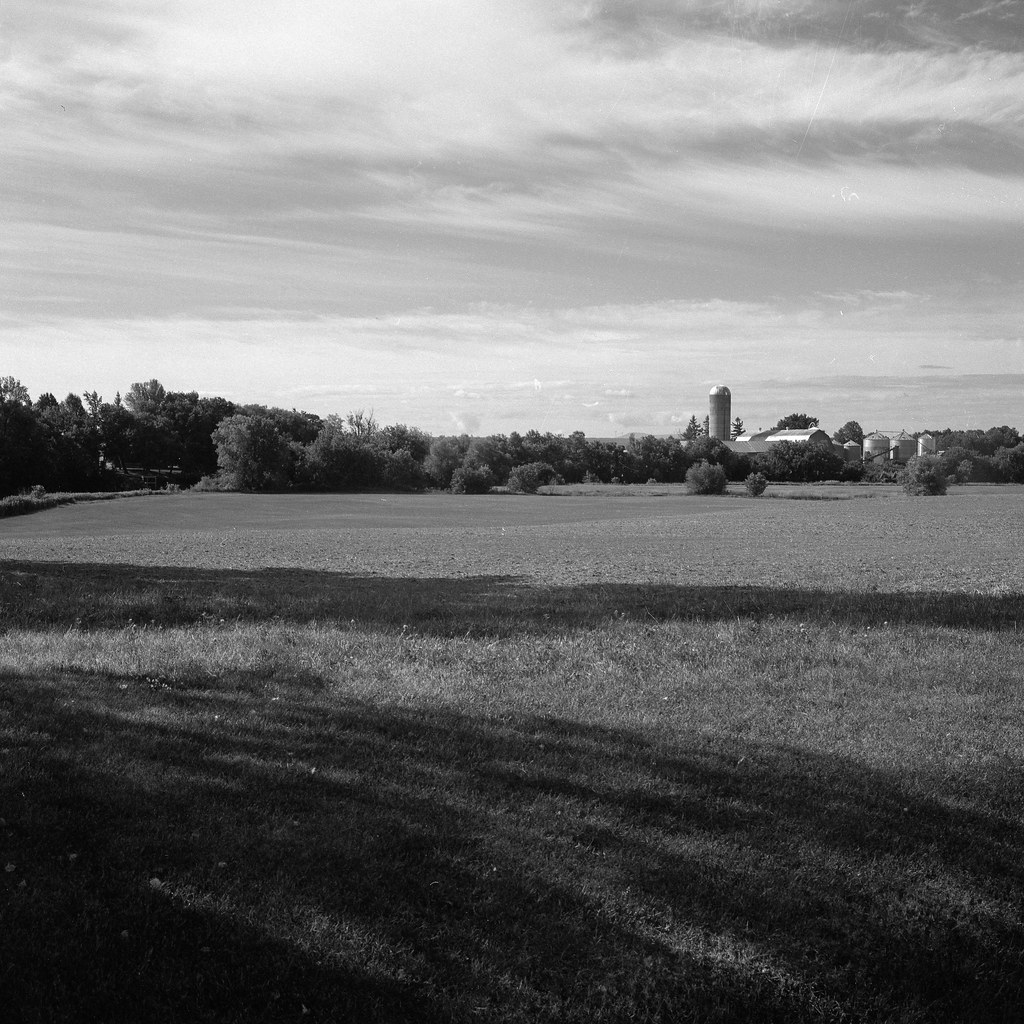 Wilkinson’s force would meet a similar fate a few weeks later at the farm of loyalist John Chrysler on the 11th of November, ending any further campaigning in 1813. While a minor skirmish compared to other battles in the war, Chateauguay was one of the only battles that were fought entirely with locally raised troops, both Provincial and Militia. Charles de Salaberry was appointed field inspecting officer for all light troops within the Canadas. He also received an appointment as a Companion of the Order of Bath in 1817 for his victory. The victory also established de Salaberry as a folk hero, although one not as celebrated in Canada as say Isaac Brock or Laura Secord, as he was truly the only Canadian hero of the War of 1812 (Brock being British born, Laura being American born, though a Loyalist, de Salaberry was born in Lower Canada). The battle also became one of three in the War of 1812 that the veterans of the battle were eligible to receive the General Military Service Medal in 1847. The battle site, for the most part, remains just outside the town of Allan’s Corner Quebec, and was designated a historic site in 1920, an obelisk stands to mark the site five minutes down the road from the museum and visitor’s centre.