During the War of 1812, Sackets Harbor was the major US Naval base on Lake Ontario, home base to Commodore Isaac Chauncy’s squadron and primary shipyard for the navy. In 1812 the Royal Navy had bombarded the base with little effect, but in 1813 following the American capture of Fort George. General Vincent having fallen back to Burlington Heights sent a message to Prevost and the newly appointed Commodore James Lucas Yeo that Chauncy’s entire squadron was at Niagara leaving Sackets Harbor for the most part undefended. 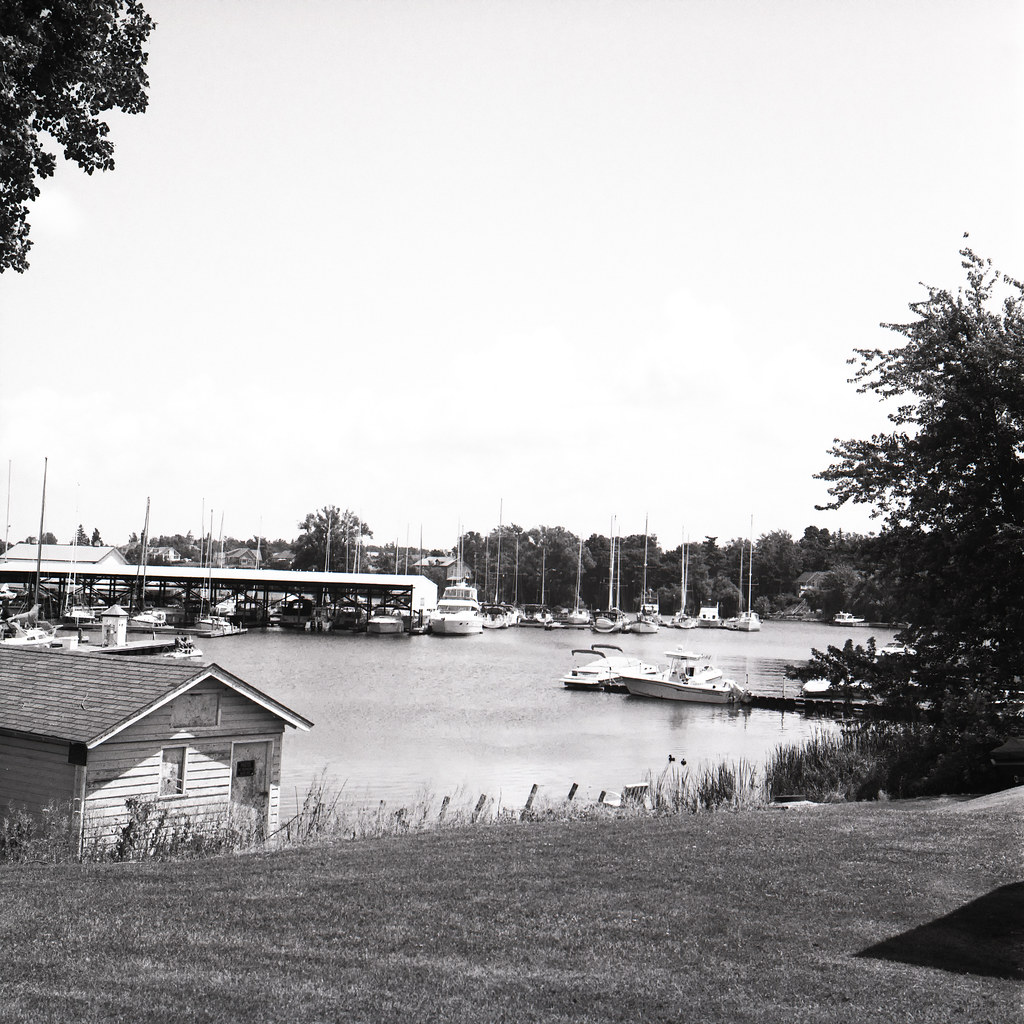 The former navy point, serving today as a marina.

The newly appointing commander of the Lake Ontario Squadron, Commodore James Lucas Yeo jumped at the chance, in addition to denying Chauncy a place to build and repair, he could also take out the U.S. Corvette General Pike (28) that was looking to be the largest ship on the Great Lakes. Removal of this threat would continue to keep the balance of power on Lake Ontario in favour of the British. Prevost agreed and would command the attack himself. The land force consisted of a section from the 1st Royal Scots, 2 companies of the 8th (King’s), a company from the 100th, and a bulk of the force was made up of the newly arrived 104th Regiment. In addition to the regulars, the Royal Newfoundland, Glengarry Light Infantry, the Provincial Corps of Light Infantry (Canadian Voltigeurs) and native warriors. Yeo’s squadron lead by H.M. Sloop Wolfe (20), H.M. Sloop Royal George (20), H.M. Brig Moira (16), H.M. Schooner Sir Sydney Smith (12), and H.M. Schooner General Beresford (16). The British attack fleet departed for Sacket’s Harbor on the 27th, arriving in Henderson Bay that same day. On the 28th, using landing craft, the land forces began rowing to shore only to be hastily called back, as watchmen in the tops had spotted sails. Prevost gave the order fearing that it was Chauncy returning. But as the sails came closer it turned out it was simply a flotilla of bateaux heading for Sacket’s Harbor from Fort Ontario in Oswego, New York. Prevost ordered the native warriors and a schooner with a detachment of Glengarry Light Infantry intercept and capture them. The British forces surprised the now camped American troops (mostly new recruits from the 9th and 12th US Infantry) at Stoney Point. While most were either killed or surrender a small number managed to escape into the woods. The escaped troops were brought to the commander of the naval base, a Dragoon officer, Lieutenant-Colonel Electus Backus. 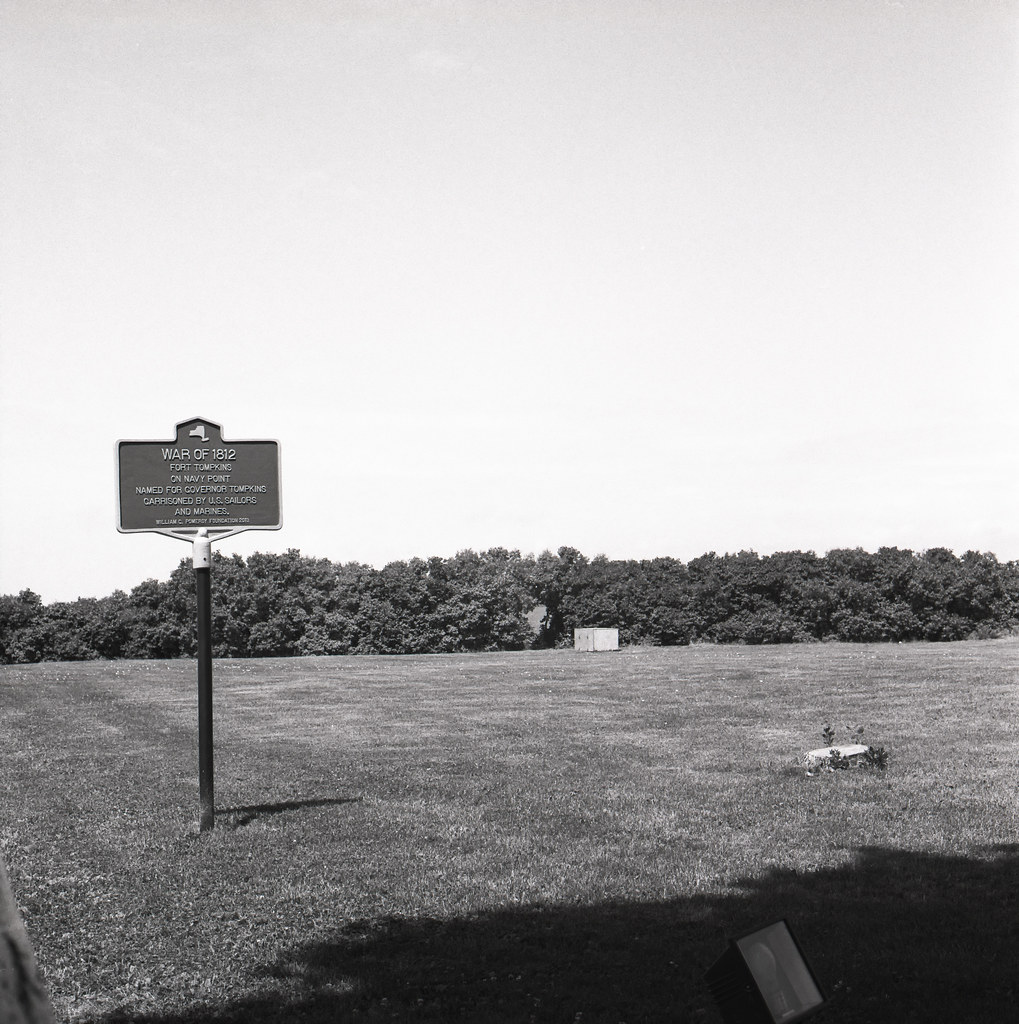 A marker at the former site of Fort Tompkin, the largest fort defending the Naval Base

The delay was enough to ensure that Backus could bring more troops into the region to reinforce his small detachment of regulars and militia stationed there. Along with the militia was General Jacob Brown, a local school teacher, who under orders from Dearborn took command of all the forces at Sacket’s. A bulk of the forces were split between two forts, Tompkin and Volunteer, simple earthwork forts with blockhouses mounting heavy cannons. The British forces began their landing on the 29th at Horse Island south of the town proper. While the militia and fire from Fort Tompkin kept the British contained, fire from two six-pound field guns were enough to send Brown’s militia troops running. 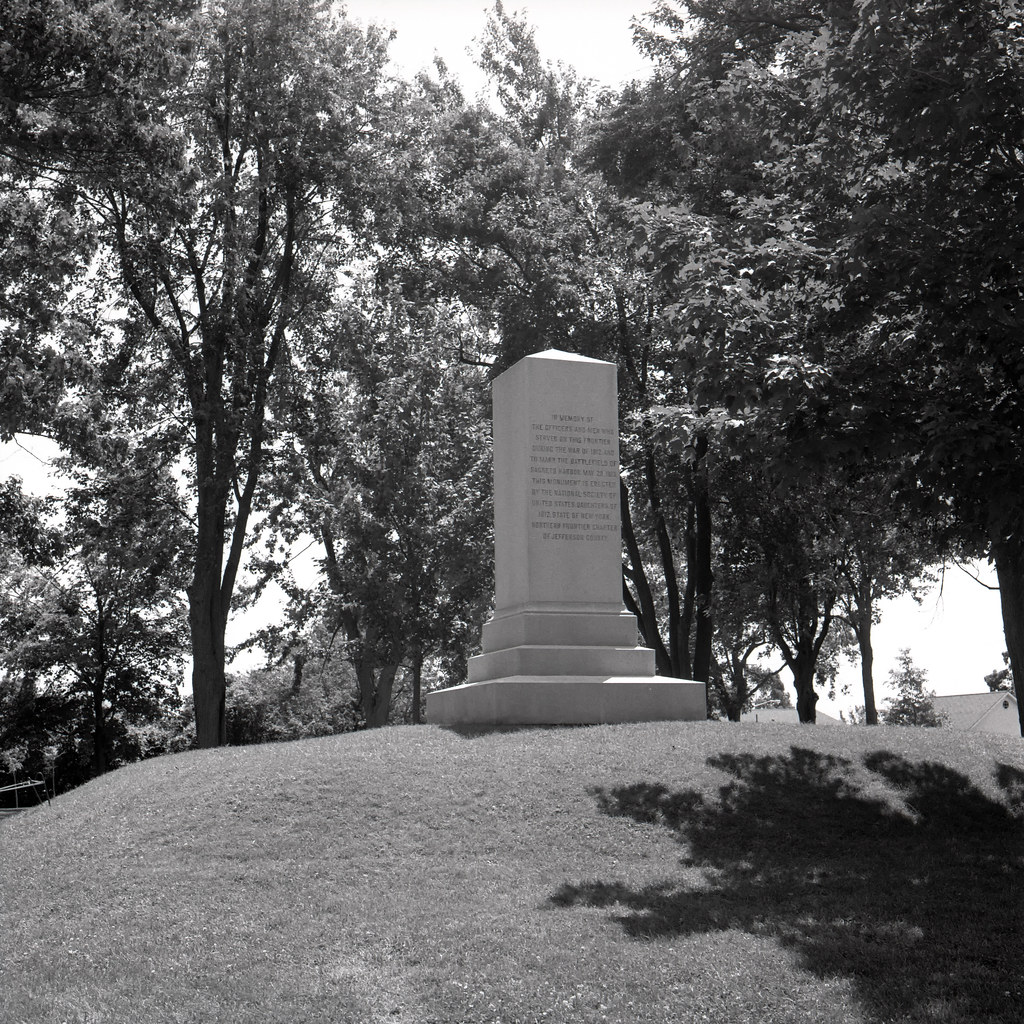 The memorial at the Sackets Harbor Battlefield

The attack then moved north heading into the town proper, under heavy fire from the defenders. The big guns of Yeo’s squadron however could not be brought into action to suppress the two forts, the shallow water kept them out of range. One ship however, the General Bereford was able to move in closer using oars but not close enough to making their carronades effective, but the bombardment was enough to give the naval dock officer, Lieutenant John Drury believe that the town had been lost, and he proceeded to set fire to the General Pike along with several store houses to prevent their capture. With the defenders falling back to their blockhouses, the British small arms fire and even the six-pound guns were proving to be ineffective, and with Brown having rallied a small number of his militia approaching and pushing on the flank, Prevost had no choice but to retreat. While he reported it an orderly retreat, the reality was closer to chaos. With word that the British were retreating, the dock workers were able to save the General Pike but the store houses were a lost cause. When Chauncy got word that the British had attacked Sacket’s he immediately pulled his squadron from the Niagara Region to protect his new flagship, leaving the region without naval support, as Perry had taken the two ships at Black Rock back to his own squadron on Lake Erie. 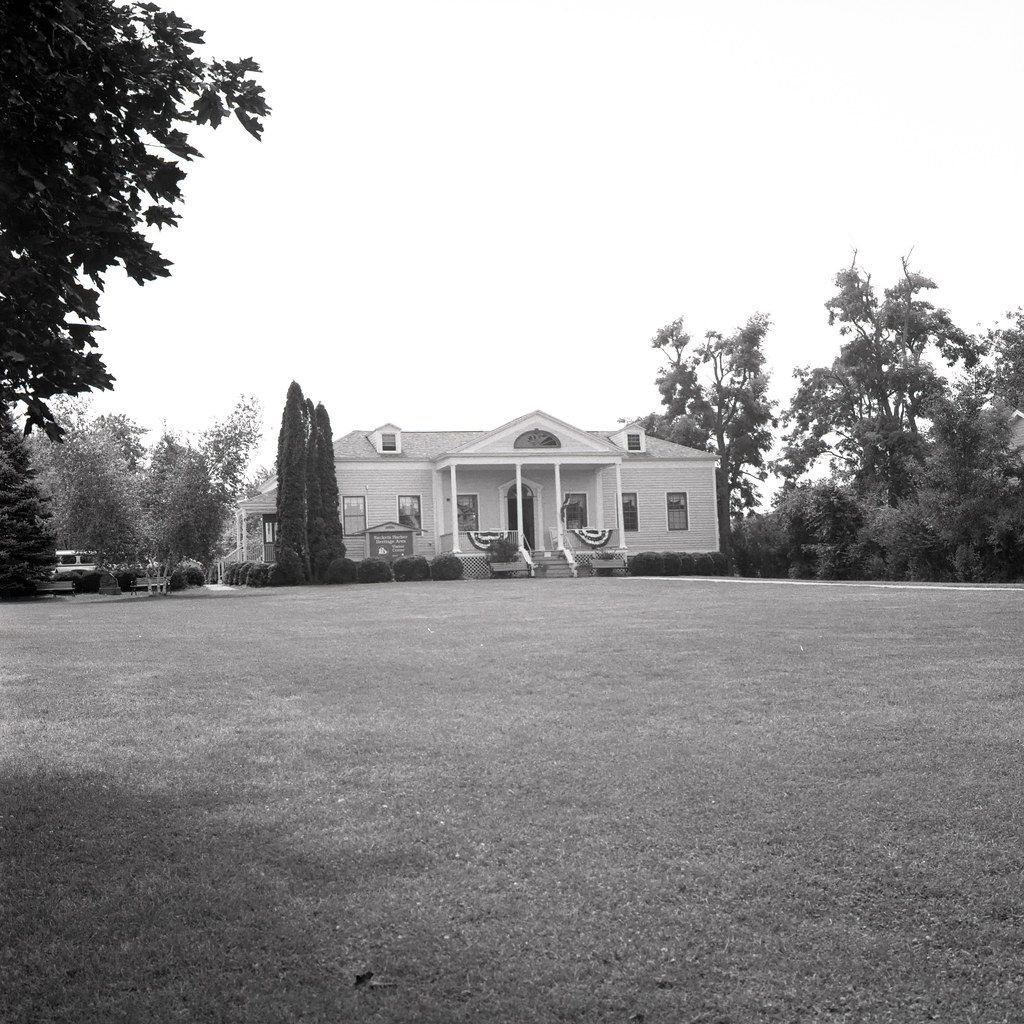 One of the surviving buildings from during the War of 1812, it served as a hospital and today is the information center for the town’s historic downtown.

Prevost’s loss at Sackets ensured that Yeo and Chauncy would continue for the remainder of the war with the deadly arms race leading to both sides construction first-rate ships-of-the-line with Yeo winning with the launch of H.M. Ship St. Lawrence (112) in 1814. The U.S. Ship New Oreleans was also under construction but was never completed. Today Sackets Harbor is a quiet tourist town, the military establishment long gone and converted for civilian use. Plaques and markers around town and the preserved battlefield allow for self-guided tours. If you are in town I highly recommend The Hops Spot for food and drink. The town also hosts a reenactment on the first weekend in August annually but I have yet to attend.