One of the many unsung British heroes of the War of 1812, Miller Worsley the son of a clergyman was born on the 8th of July, 1791. He volunteered for the Royal Navy in 1803. The navy unlike the army at the time often promoted through merit rather than money and by 1805 he was a midshipman. While serving aboard H.M. Ship Swiftsure (74) participated in the Battle of Trafalgar. While he passed with Lieutenant’s Exam in 1810 his promotion was delayed due to a large number of officers in the Royal Navy at the time. By 1812 he was serving at the Bermuda Station and with the start of the War, was moved, along with Commander Robert Barclay and David Pring to serve on the Great Lakes in Canada. 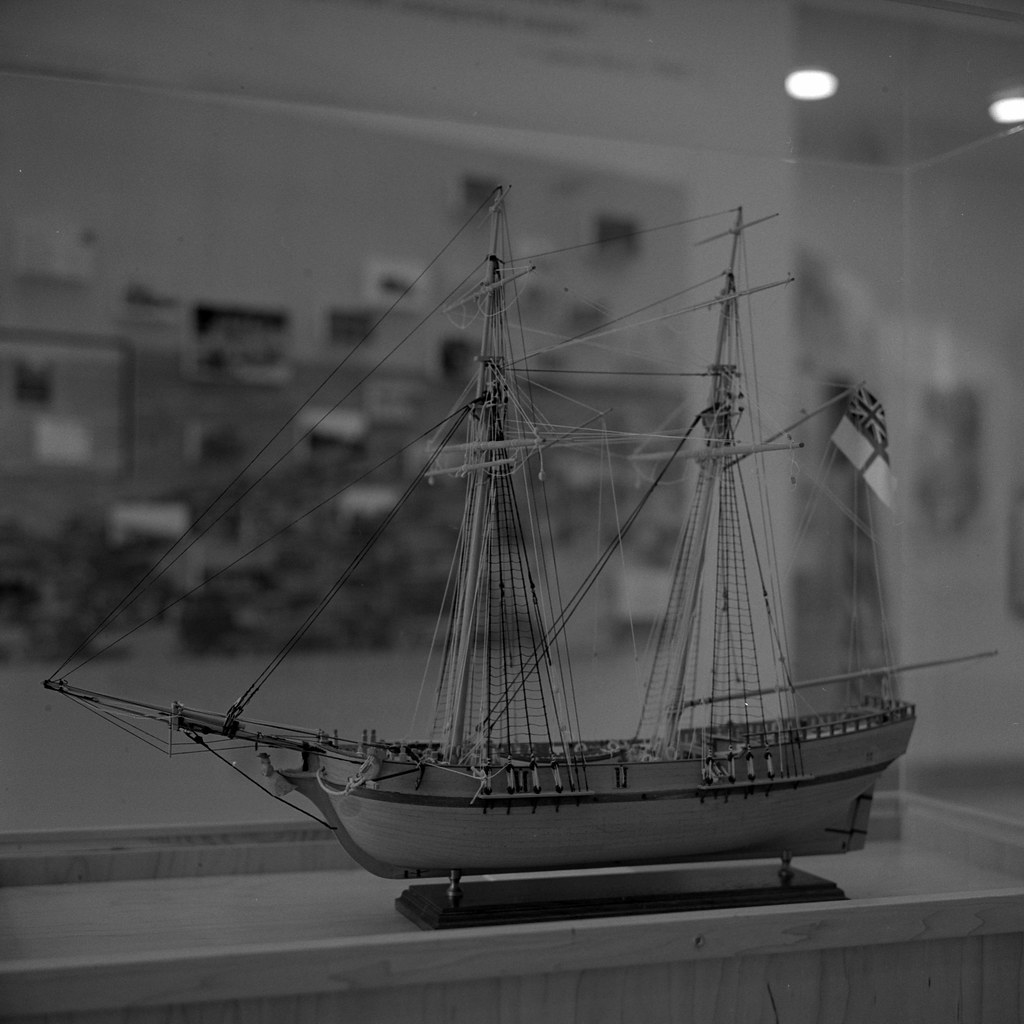 Model of the H.M. Schooner Nancy at the Nancy Island Historic Site.

Worsley served on numerous ships on the great lakes in the early part of the war, and by 1813 had finally be given his promotion to Lieutenant. By 1814 he was serving as first Lieutenant aboard H.M. Frigate Princess Charlotte (42) during the Raid on Oswego. That Summer, Worsley is finally granted his own command. He heads north to replace Lieutenant Newdigate Poyntz as captain of H.M. Schooner Nancy (4). He was preparing to sail to Mackinac Island when word was recieved that an American squadron on the lake was hunting his ship, and that he was to go to ground. His crew, supported by local fur traders and native warriors took shelter in a cove constructing a blockhouse to better defend the area. But the Nancy and her crew would not be hidden for long. A forage crew from the American squadron would discover the British. After putting up a fight, the Nancy was destroyed. But Worsley was not about to give up yet. 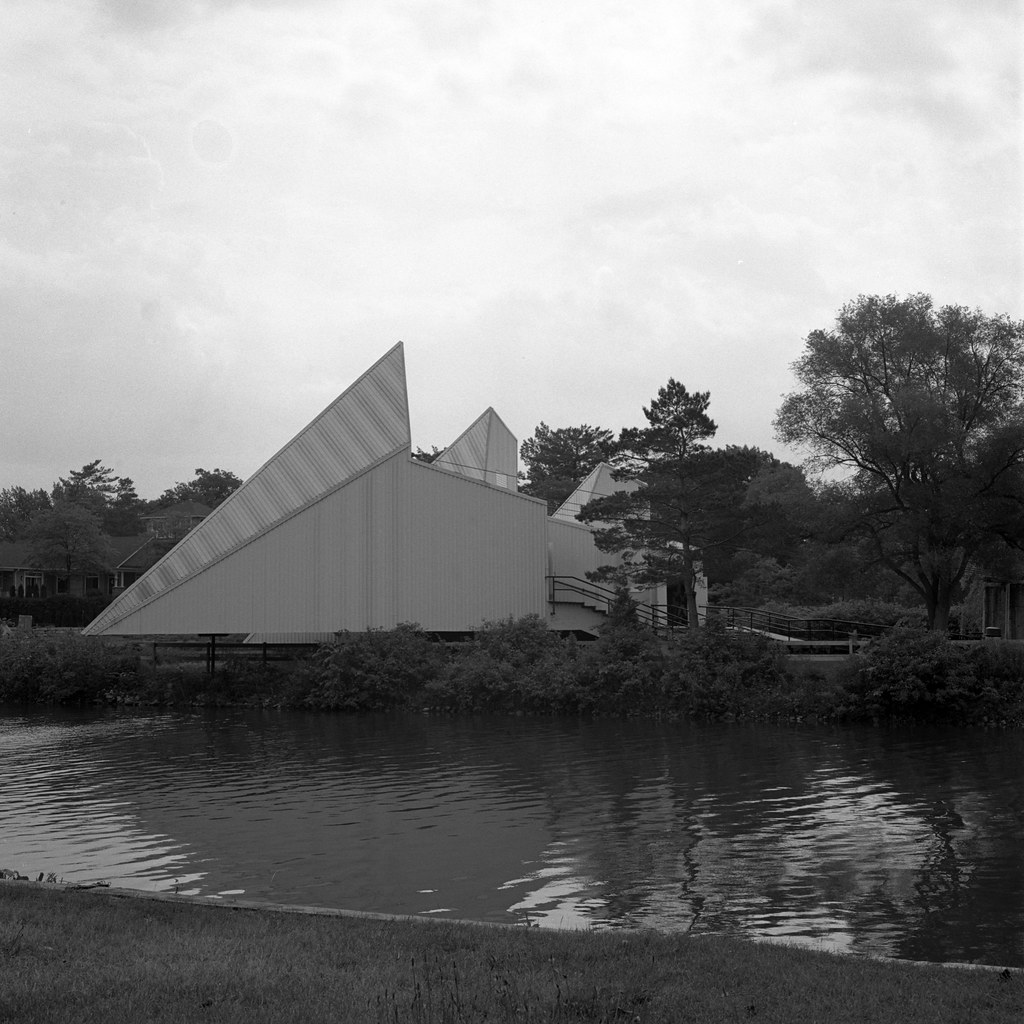 Using local contacts, the Naval Lieutenant using bateaux and canoes managed to slip past the two American ships left on station and make it back to Mackinac Island and managed to convince the commander, Lieutenant Colonel McDouall, to provide him with men and boats and that he could capture the two ships to reestablish British control on the lake. And in September 1814 using surprise and guile managed to first capture the U.S. Schooner Tigress and then a day later the U.S. Schooner Scorpion. 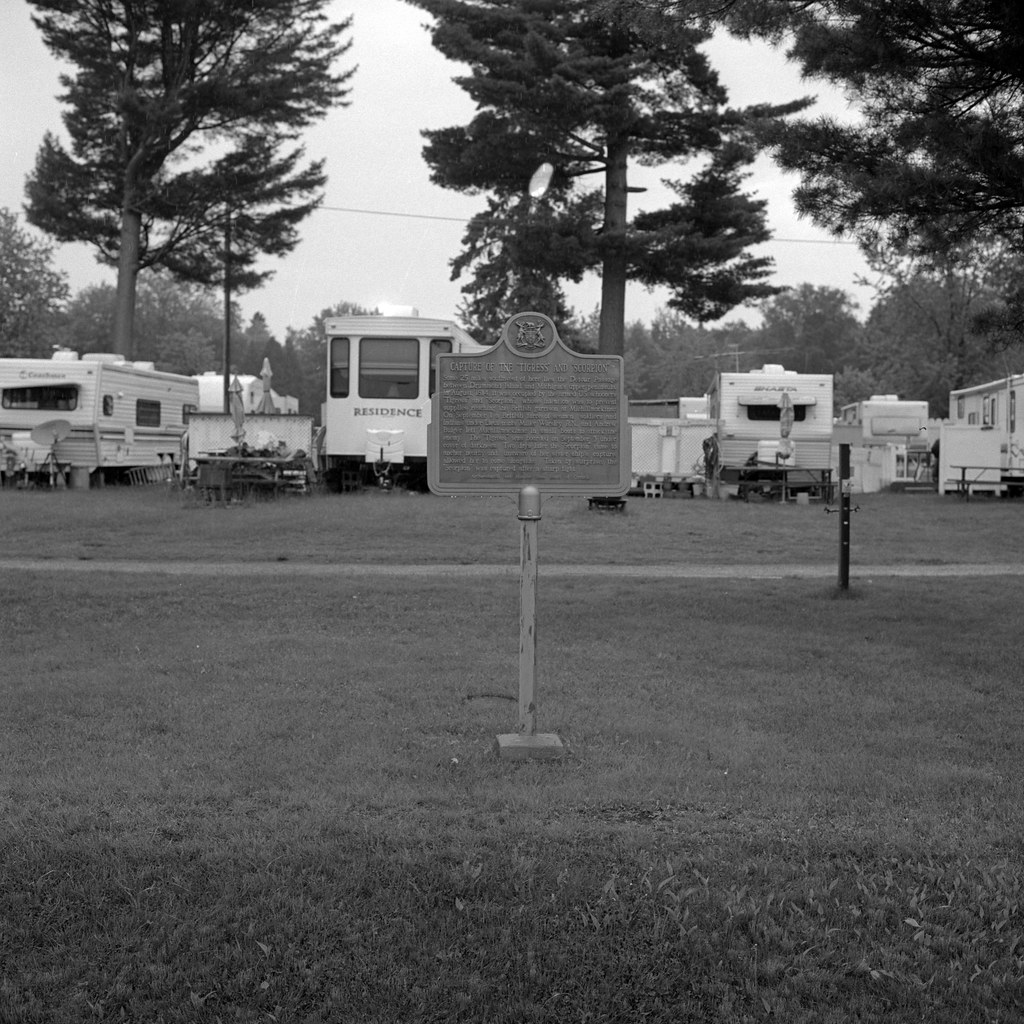 The Plaque to the Capture of the Tigress and Scorpion

For his actions he was promoted to the rank of Commander, but was soon put on half-pay with a fever. He never saw a further command within the Royal Navy. In 1832 he was appointed inspecting general of the Coast Guard serving in the role for two years. He passed away without note on the 2nd of May, 1835. Despite his actions in the war he is little remembered. There’s a street named after him in Barrie, Ontario, oddly intersecting with a street named for the man he replaced in command of the Nancy, Lieutenant Poyntz. There is however a great deal about him at Nancy Island in Wasaga Beach, Ontario.

Written with Files from:
Collins, Gilbert. Guidebook to the Historic Sites of the War of 1812. Toronto: Dundurn, 2006. Print.
Hickey, Donald R. Don’t Give up the Ship!: Myths of the War of 1812. Urbana: U of Illinois, 2006. Print.
Web: www.biographi.ca/en/bio/worsley_miller_6E.html
Web: www.thecanadianencyclopedia.ca/en/article/capture-of-the-tigress-and-scorpion-war-of-1812/