Wars are won often through sheer force of arms, then a treaty is signed or just a cease fire put in place controlled by the side who holds the upper hand. And while the real war continued to rage across the Atlantic Ocean, both sides began to open up a new campaign, one to end the war in the ancient Flemish town of Ghent in the Kingdom of the Netherlands (today part of Belgium). The Americans sent John Qunicy Adams, Henry Clay, James A. Bayard, and Jonathan Russell. The British party was much smaller, Vice-Admiral James the Lord Gambier, Admiral of the Red, Under Secretary of State Henry Goulburn, and Doctor William Adams, a doctor of Civil Laws in the Royal Navy. 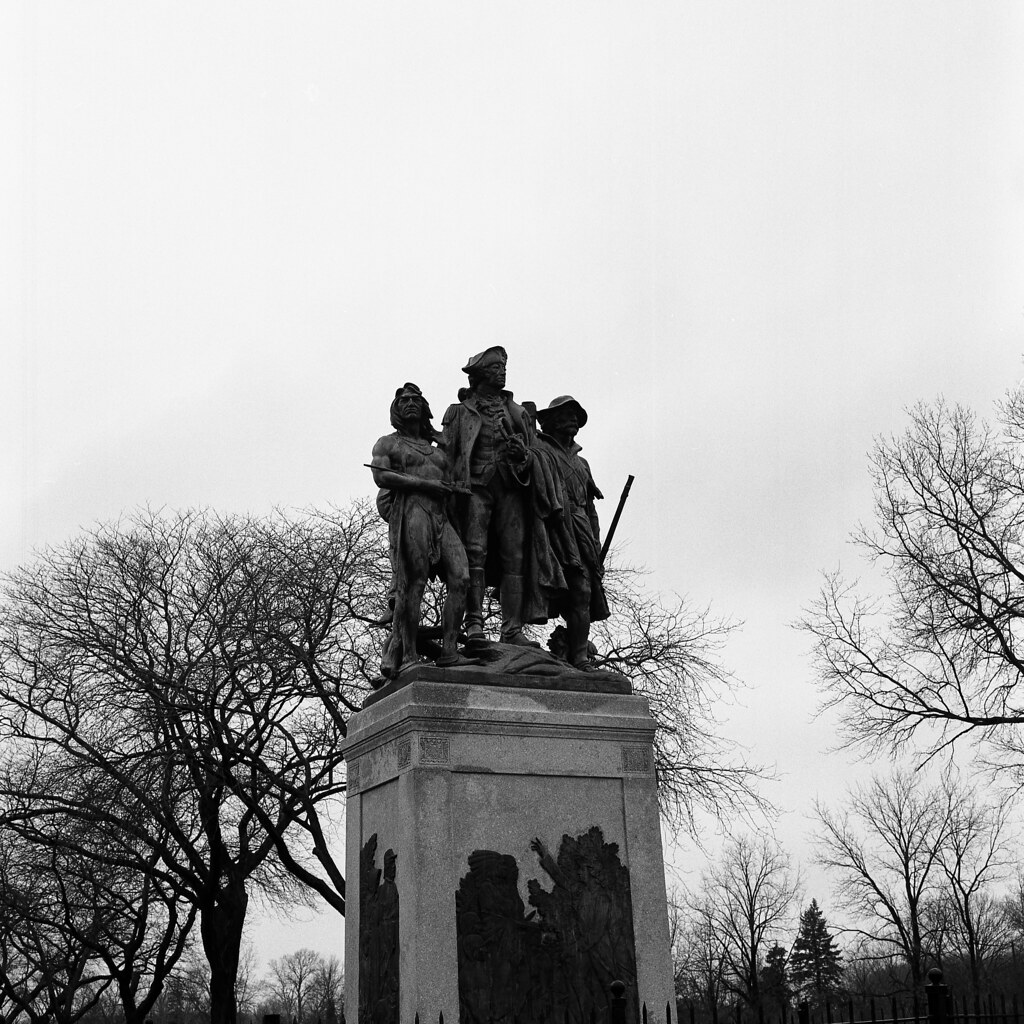 The monument to the Battle of Fallen Timbers, the American victory resulted in the 1795 Treaty of Greenville, which the British negotiators insisted on using to form the boundrey of the Native “Buffer Zone”
Bronica SQ-Ai – Zenzanon-S 80mm 1:2.8 – Kodak Tri-X 400 (400TX) – Kodak Xtol (Stock) 7:00 @ 20C

While the Americans demanded that the Royal Navy stop their practice of blockade and pressing men into the service, which had been the sole reason for the war in the first place, the British demanded that the Americans give a large part of their territory to the native peoples to allow them to form an “Indian Nation” which would be made up of the future sates of Michigan, Illinois, Wisconsin, Ohio, and Indiana. There were also the matters of the continued use of British controlled waters on the east coast by American fishermen, and the border between the British colonies and the United States. The Brithsh of course refused to answer the question of impressment and the Americans were not about to give up territory to the natives who had been a thorn in their sides since their westward expansion. The British of course claimed the buffer zone was to honour the agreement between Techumseh and General Sir Isaac Brock, the real reason was that they wanted to prevent any future attempts at annexing their colonies by the United States, the native allies were nothing more than pawns to them. Proposal and counter-proposal bounced back and forth as each side tried to out-bluff the other. Henry Clay, a card player, believed that if they stood firm, the British would eventually back down. The truth was that the British party was facing increasing pressure from home to get a treaty signed and the war ended, and that the idea of a buffer territory was not as important to the British parliament as was maintaining access to the the Mississippi River as a trade route and holding onto captured territory in what would become Maine, along with Mackinac Island and Fort Niagara. Both sides did want peace, but they wanted it on their terms. 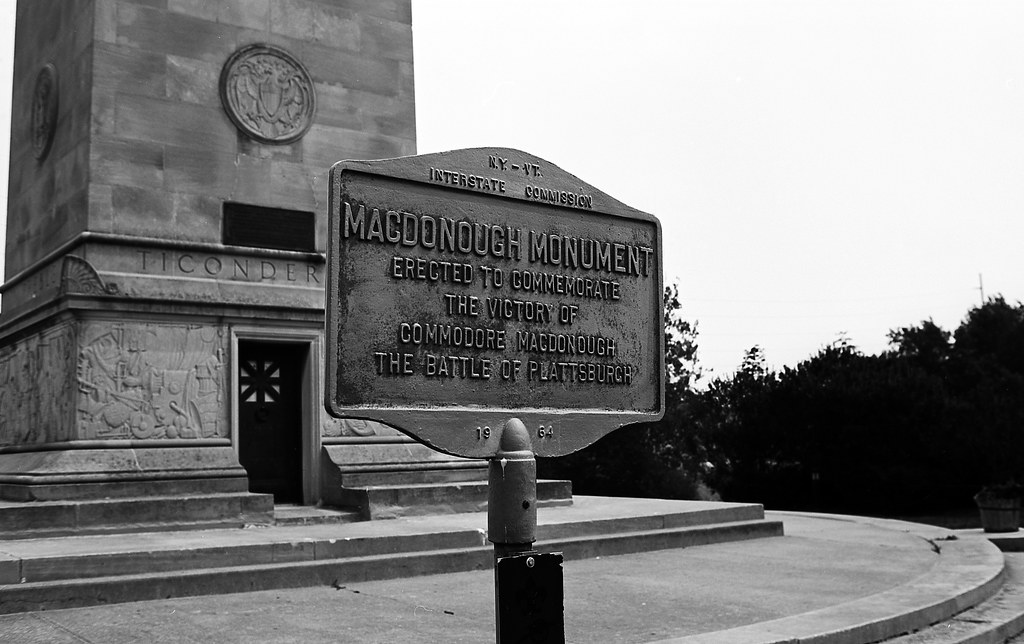 British losses at Baltimore and Plattsburg allowed negotiations to swing more in the favour of the Americans despite the British holding territory east of the Penobscot River in what is today Maine.
Nikon F4 – AF Nikkor 35mm 1:2D – Eastman 5363 @ ASA-25 – PMK Pyro (1+2+100) 11:00 @ 20C

News from North America continued to complicate matter. The stalemate in the Niagara Region after Drummond’s night assault against the American beachhead at Fort Erie failed to dislodge the Americans. And while General Ross’ expedition managed to defeat the American army at Bladensburg and burned Washington DC, they had failed to take Baltimore. Sherbrooke had taken territory in what is now Maine, a good 100 miles east of the Penobscot River and McDoual had managed to hold off an American attempt at recapturing Mackinac Island. Prevost on the other hand despite having the men and experienced commanders had failed to capture Plattsburg and refused to launch another attempt at Sacketts Harbor. The war had turned into a statemate, and with the war already costing the British close to ten million pounds and the Americans close to defaulting on loaned owed to pay for the war, both sides needed another way out. They both needed to save face, peace with honour. It became clear that the only way this could be done is to return to how everything way before the war started in 1812. 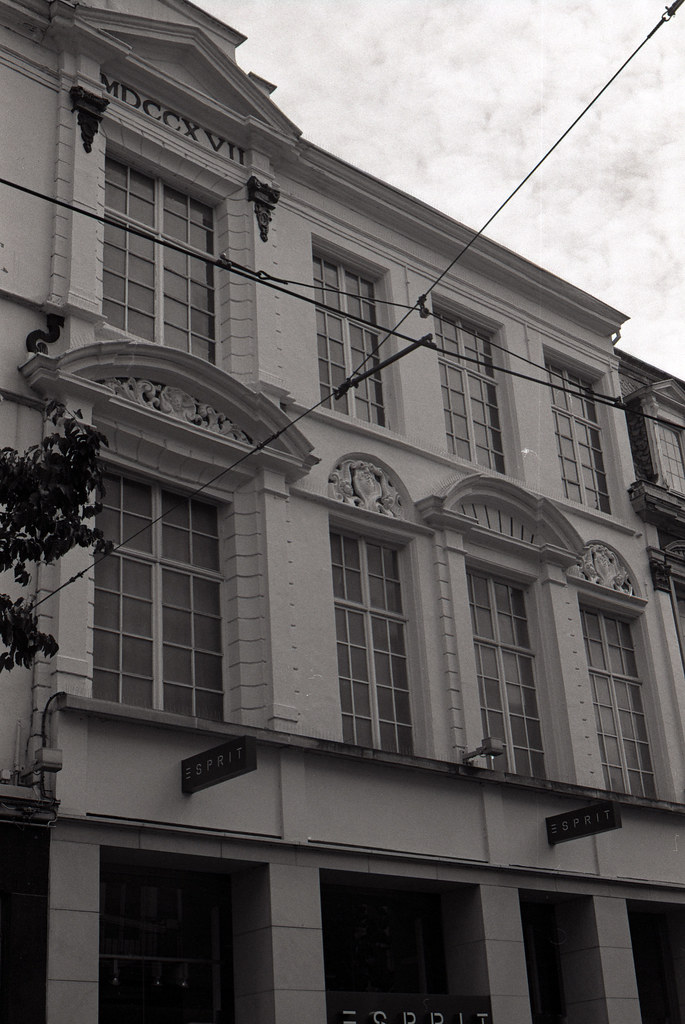 Status Quo Ante Bellum became the goal, any sticking points that had held up negotiations for the previous months melted away. Gone was a buffer zone, impressment, trade, fishing, land. And still two sides argued. Even the Duke of Wellington weighed in on the matter, stating that neither side had the right to demand territory, as the Americans failed in their invasion and the British failed to hold any territory aside for a few small pieces that were relatively unimportant. It took a few more days but a new treaty was forged, and at a half-past six in the evening on the 24th of December both sides now happy, signed the treaty, the war was over. Of course the treaty would not prevent the blood letting at New Orleans and Mobile. The Prince Reagent (the future King George IV) ratified the treaty a few days after it was signed. The American government and President James Madison would do the same in February 1815. 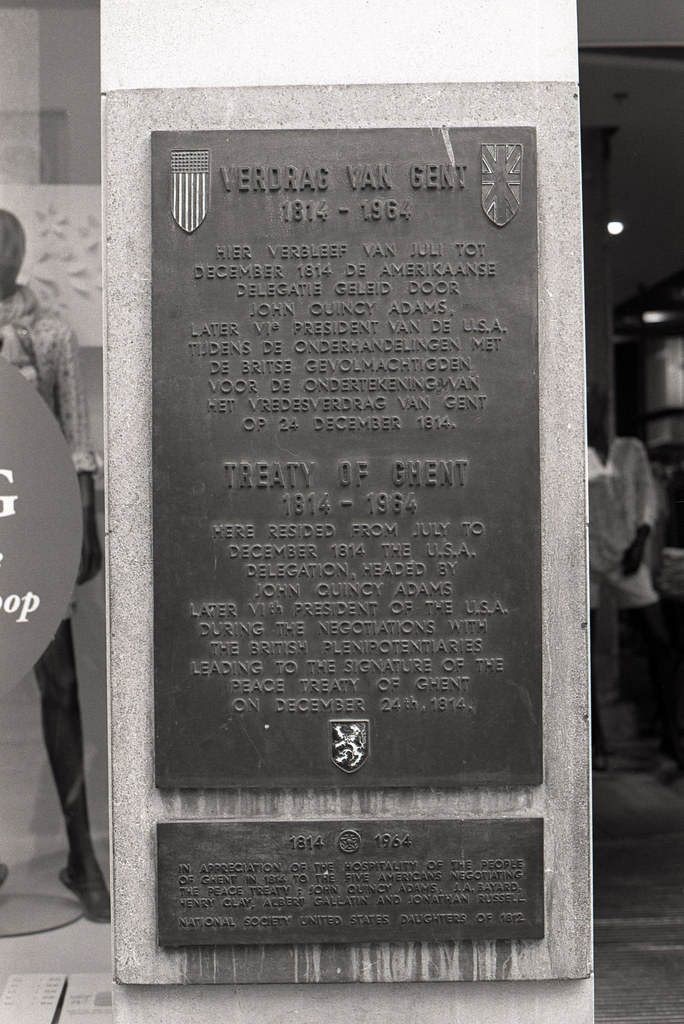 Eleven articles make up the Treaty of Ghent. There is no mention of impressment, boarders, fishing and trade. The native allies are mentioned, but not a buffer zone, or the 1795 treaty line, rather they are forced back to how things were in 1811. Eleven articles made it seem like there was never a war at all, but the blood on the ground and ruined lives spoke other wise, so the eleven articles made it seem like it was all fought for nothing. It would take several more treaties through the remainder of the 19th century to forge the border that Canada and the United States enjoy today. And while the tensions remained high, it never came to war again. If you’re interested in reviewing the treaty as a whole you can at the website of the Library of Congress.