In Flanders fields the poppies blow
Between the crosses, row on row,
That mark our place; and in the sky
The larks, still bravely singing, fly
Scarce heard amid the guns below.

We are the Dead. Short days ago
We lived, felt dawn, saw sunset glow,
Loved and were loved, and now we lie
In Flanders fields.

Take up our quarrel with the foe:
To you from failing hands we throw
The torch; be yours to hold it high.
If ye break faith with us who die
We shall not sleep, though poppies grow
In Flanders fields.

I’m not a big fan of poetry, I’m really not, but this one has always had a rather pointed meaning to me, and this year it strikes me much harder than it ever did. But these famous words penned by Lieutenant-Colonel John McRea an officer in the Canadian Medical Corps during the First World War don’t get close to doing the war justice, but it gives us one hundred years later a small glimpse into hell. 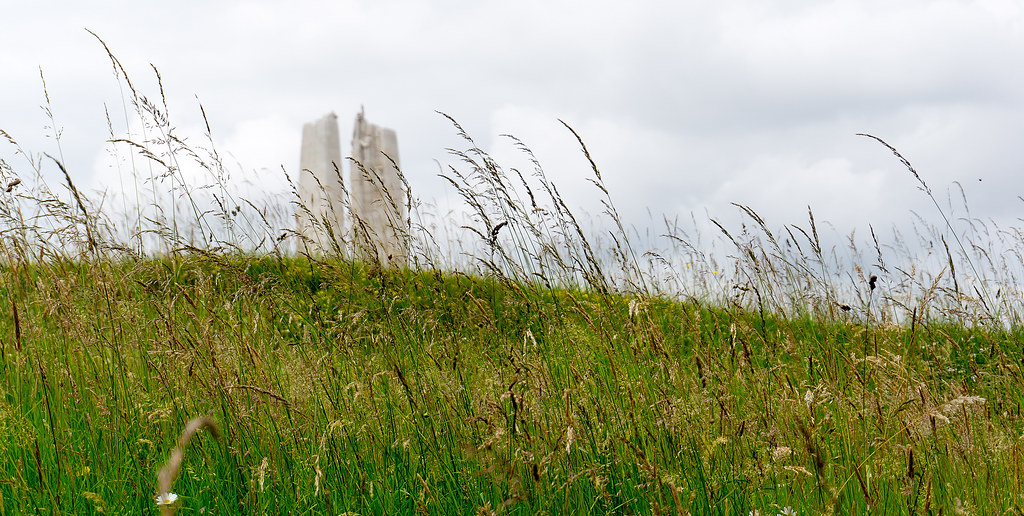 This past summer I had the honour of being able to visit one of the several battlefields that Canadian troops fought and died on during the First World War. And that one was Vimy Ridge. Canada really didn’t have a choice in 1914 being part of the greater British Empire when war was declared against Germany, Canada, less than a hundred years old and having been involved in another British war less just over ten years earlier was now against mobilizing for war against the European powers which were still the world powers of the time. This wasn’t going to be a colonial war, this wasn’t going to be like any war the world had seen before. 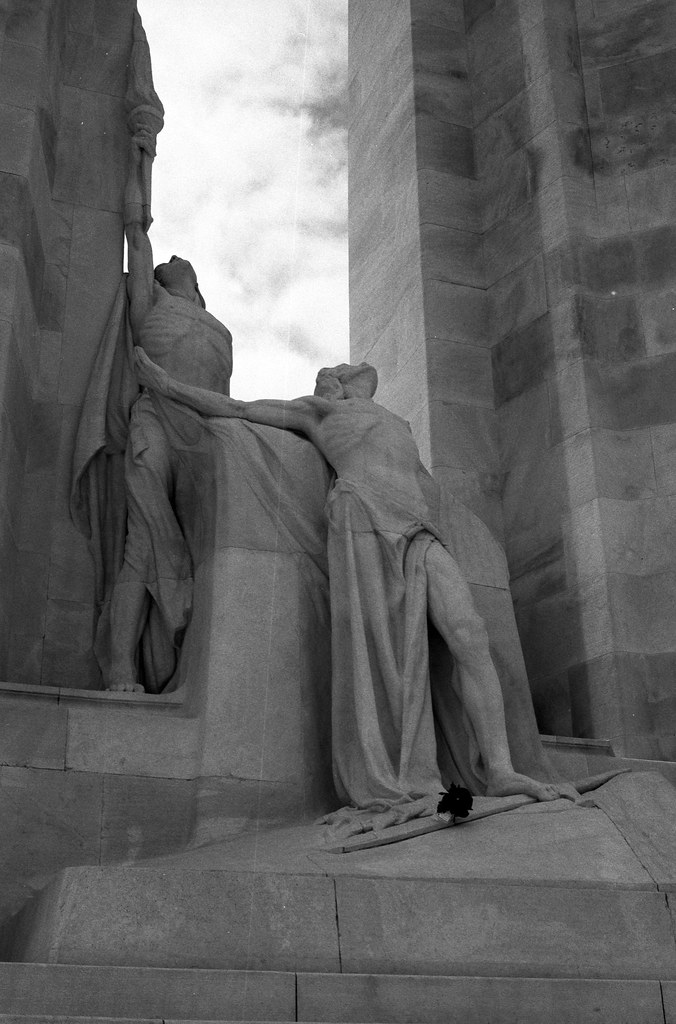 But why Vimy…what makes Vimy so special and so close to the hearts of those who know of this ridge? The attack was actually to draw German attention away from a British attack on Arras, which was to distract the Germans from the larger French lead Nivelle Offensive. But that’s not what makes this so special to Canadians, what makes it unique was it was the first time that all four divisions of the Canadian Expeditionary Force (CEF) was fighting as one combined force under command of Canadian Officers for the first time in the whole war. 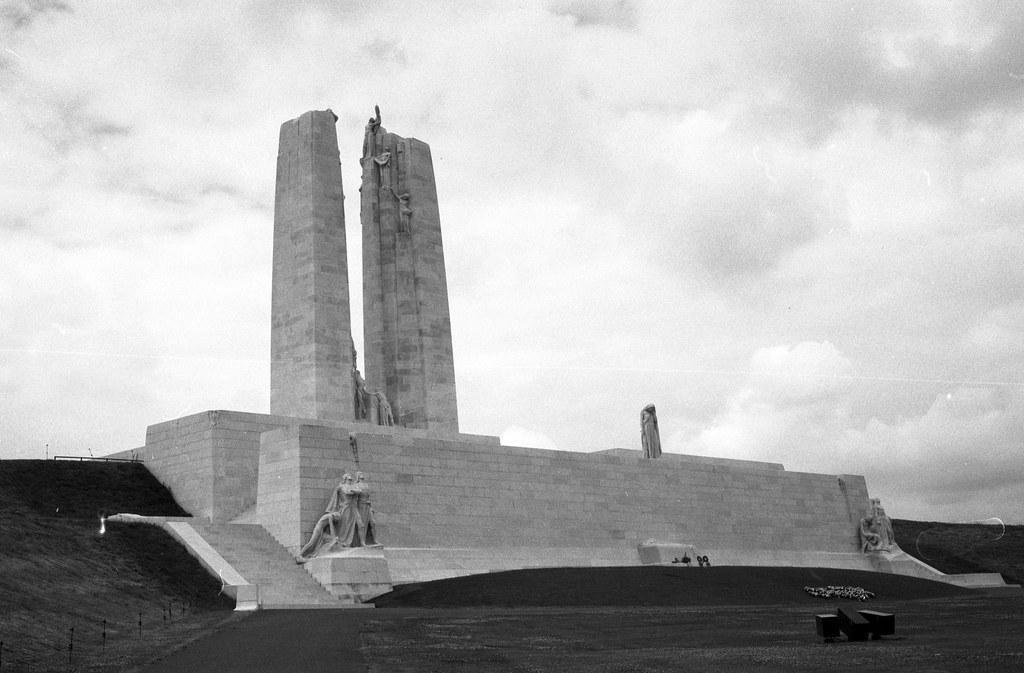 9th of April, 1917…dawn.
Artillery shells rained destruction along the ridge, creeping ever so slowly across no mans land behind this wall of fire the Canadians advance through the muck and wire. Mines softened up the German positions, rolling metal monsters, Tanks, cover the advance as well. But the weather kept it slow, heavy fighting, the rattling of machine guns tearing through the early morning kept the pace to a crawl. Most of the ridge was captured in the first day, the nearby town of Thelus was captured the second, by the 12th “The Pimple” a German strong point fell to the mass Canadian attack. 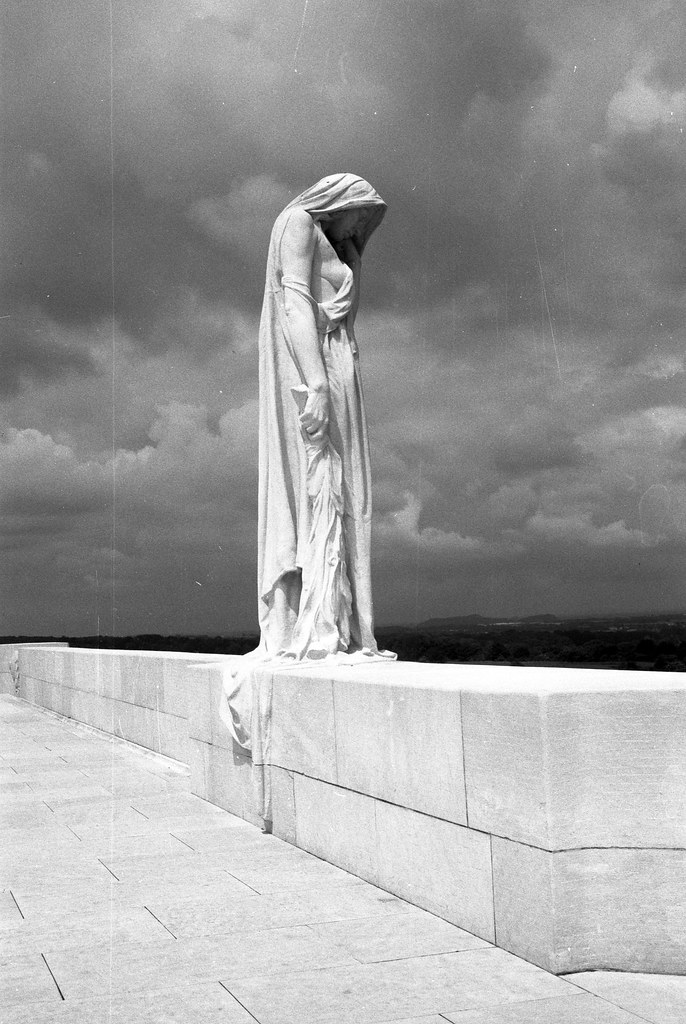 Four Canadian Divisions, One British Division along with Tanks and Artillery had sent the Germans running. To put it in numbers, 170,000 combined Canadian and British troops had faced off against 45,000 German troops on an elevated and fortified position and won. The cost, 36,000 dead, 7,000 wounded for the Allied forced, it’s unknown what the cost was in German lives (which are just as important as our war dead) but the allies took 4,000 prisoners. But there was one birth out of the distruction, a nation, Canada. The men, no the boys went up the hill as subjects of the British Empire, they came down it Canadians. 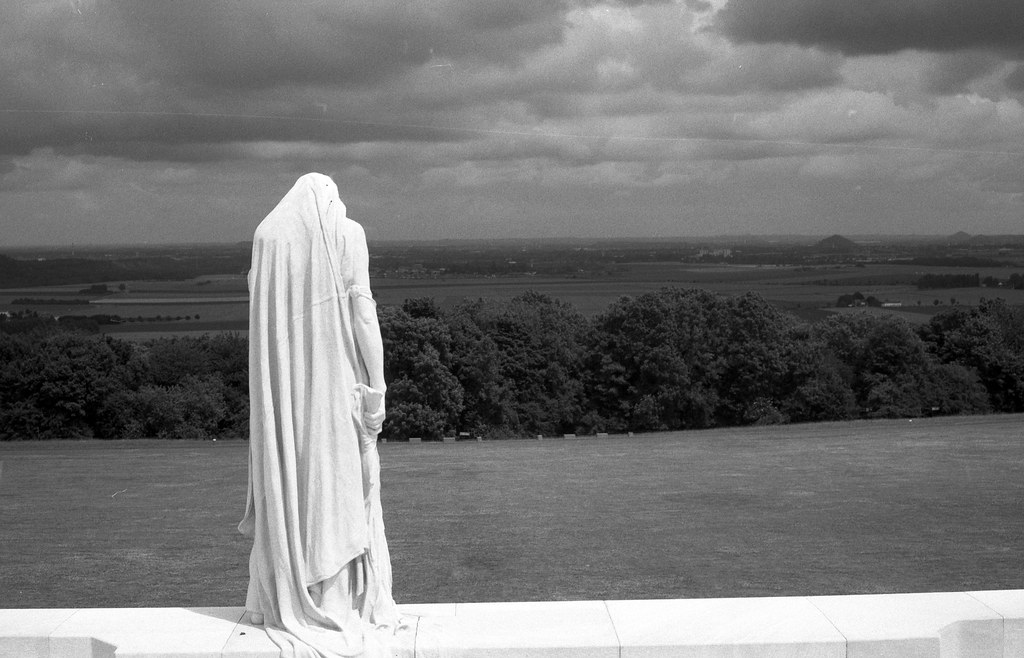 Today standing high on that ridge is the Canadian National Vimy Memorial, a monument and grave marker to all the Canadians to gave their lives in the war, in fact their names are engraved upon the walls and pillars. And actually the whole ridge is Canadian soil, a gift from France for the service by the young nation. And while the monument caused a wave of emotion in me when I first saw it, you can also see the terrible damage done to the countryside, craters, trenches, tunnels, and fences mark the place where the earth was destroyed, signs warn against un-exploded shells and mines that still fill swaths of land. 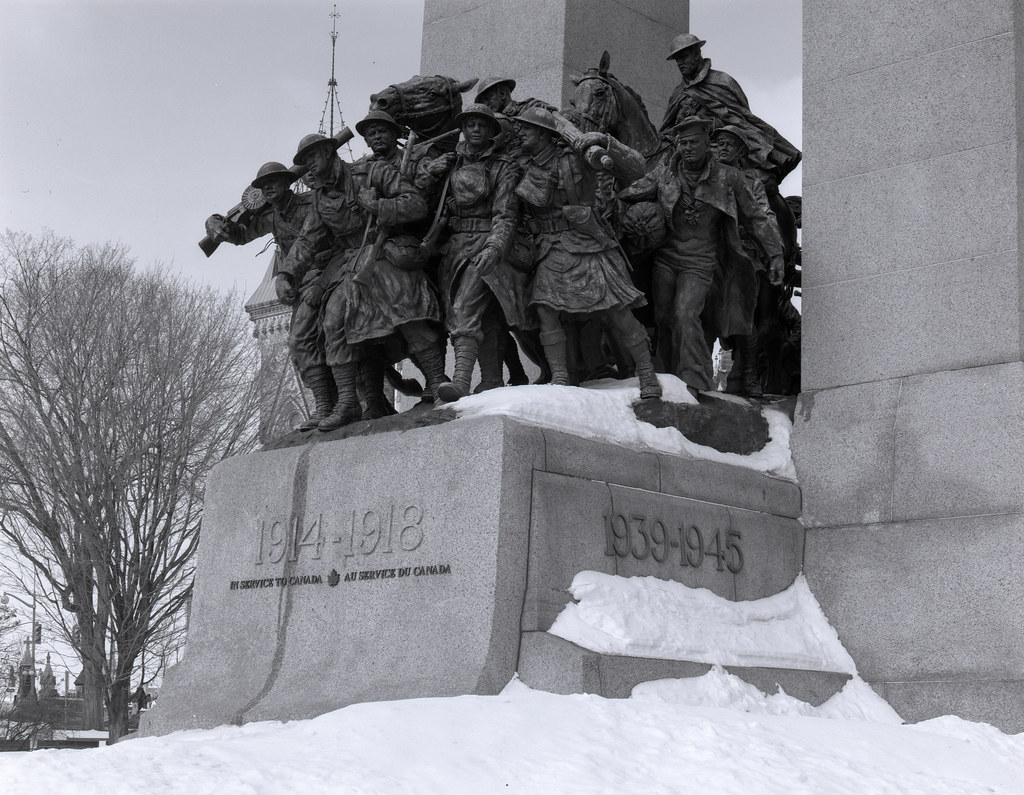 Least we forget…no, I will never forget…and I hope you won’t either. Because today is the 11th of November, 11th day of the eleventh month…because one hundred years ago the end was still three years away, boys fought and died over mud. Today we honour them, we should always remember them. If you want to explore more about World War One, check out “The Great War” on YouTube, a weekly show that outlines the horror of the war on a week-by-week basis. Along with several special episodes (Including a great one on Canada’s Involvement). You can see the rest of my photos from Vimy Ridge on Flickr.