Halifax, it’s hard not to be reminded of the military past of the capital of Nova Scotia, just look up from the downtown and you’ll see the massive hill that rises above the town. Or see the Royal Canadian Navy sailing in and out of the harbor. Or even see the old fortifications that dot the islands in the harbor or see the old gun batteries along the shoreline. The saying goes that a strong defense is a potent offense, except in Halifax’s case where a strong defense is just that, a defense. From the mid 18th-century through to the middle of the 20th-century Halifax was a fortress, so much so that it was never directly attacked by land or by sea during those turbulent years. 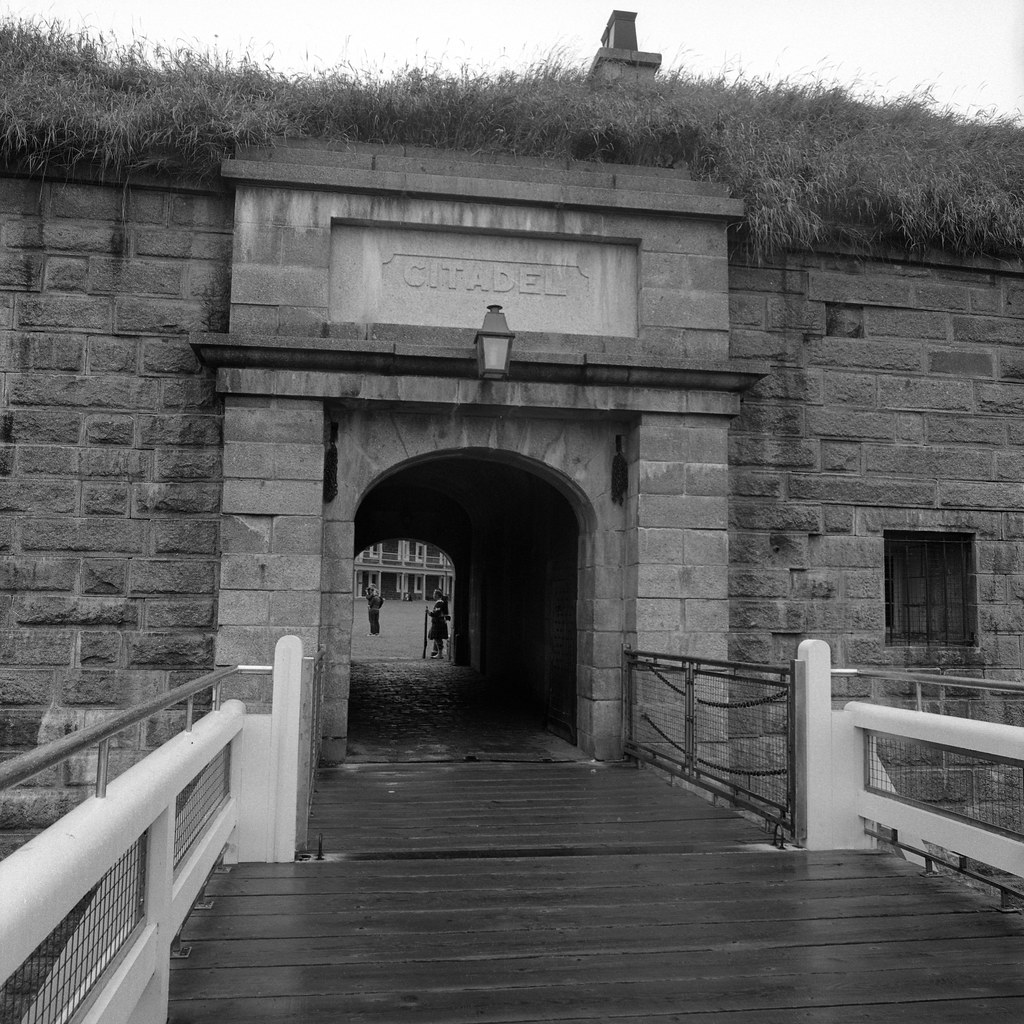 Let’s go back to 1749, what we know today as the Maritimes was heavily contested between France and England. The French had their stronghold at Louisbourg which had recently been returned to them under the treaty that ended the War of Austrian Succession after it’s capture by British forces from New England in 1745. So to counter-balance the French presence in the Atlantic Lord Edward Cornwallis established what we know today as Halifax. While the Royal Navy built their dockyard, Cornwallis constructed a simple redoubt at the top of the hill and continued to extend walls around the new city. Halifax would have a defensive ring of five forts, but the fort on the hill he named Fort George, after King George II. The British would also fortify George’s Island as well. This first citadel would continue to defend the city through those early colonial wars along with the Seven Years/French-Indian War. 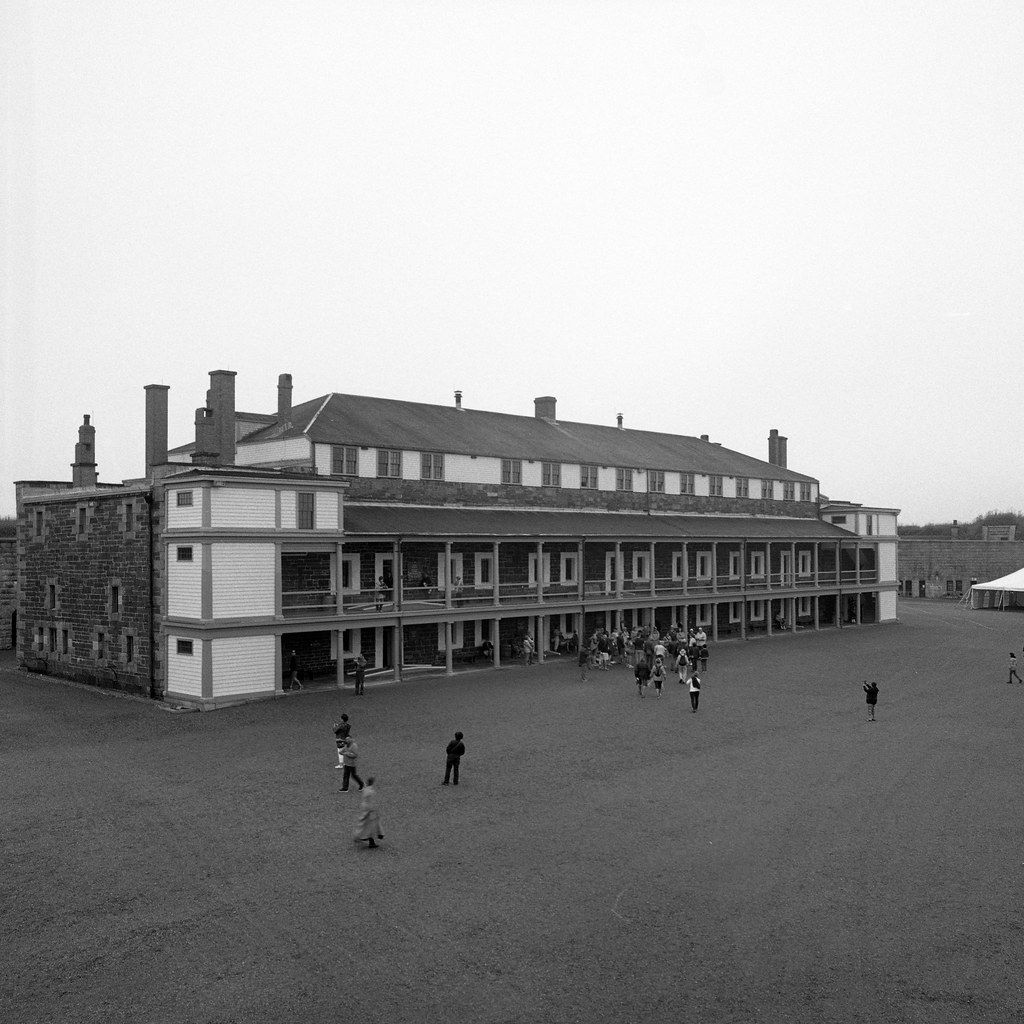 The defenses at Halifax got a major upgrade during the American Revolution, trenches, redoubts, artillery batteries and a massive octagonal blockhouse was constructed on citadel hill. By the time the second citadel was constructed in 1776, it had boasted a garrison of one hundred men and an artillery battery of 86 guns. But that was nothing compared to the ring of defenses that now surrounded the city. Batteries had been set up on both sides of the harbor and several islands. England did not want their navy to come under attack from the upstart revolutionaries from the thirteen colonies. Fortress Halifax would become known as the Warden of the North. And it worked, Halifax never came under attack by American or French forces during the war, and it remained loyal to the British Crown throughout the conflict. Even after the Treaty of Paris ended the American Revolution, the garrison remained on guard against American Privateers. 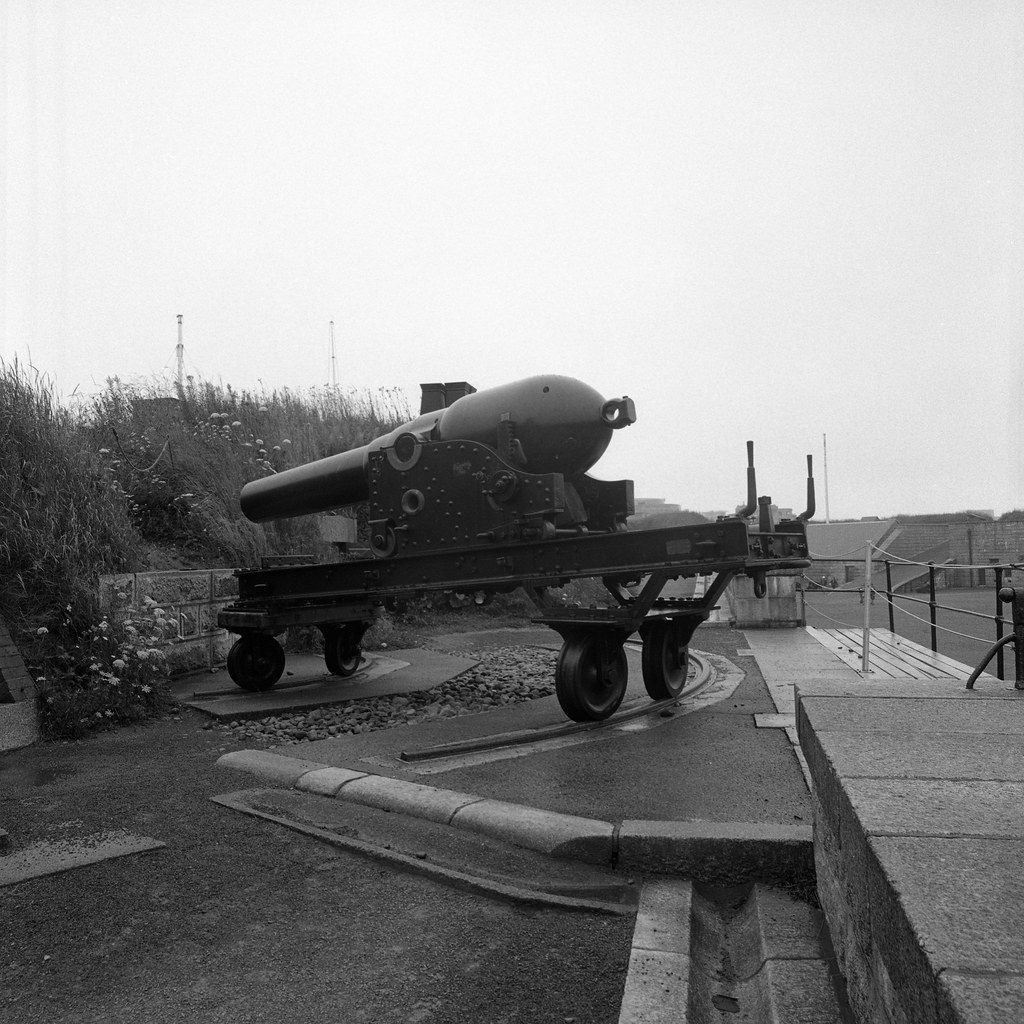 By the end of the 18th-Century, the British faced a new threat, that of a Revolutionary-era France. With a new conflict brewing, Fort George and Citidal Hill received the third upgrade. The old blockhouse was demolished, and the top of the hill leveled off and lowered. A new fortress was constructed at the peak and a new four-bastion star fort built. A massive blockhouse and magazine were built inside earthwork walls. The French again never reached North America, it was only the Threat of the Anglo-American War of 1812 that saw the citadel and the surrounding fortifications completed. The American government knew that to remove the British from North America would mean attacking Halifax. But it didn’t exactly go to their plans and the Royal Navy and the sheer size and scope of Halifax’s defenses kept the Americans at bay. 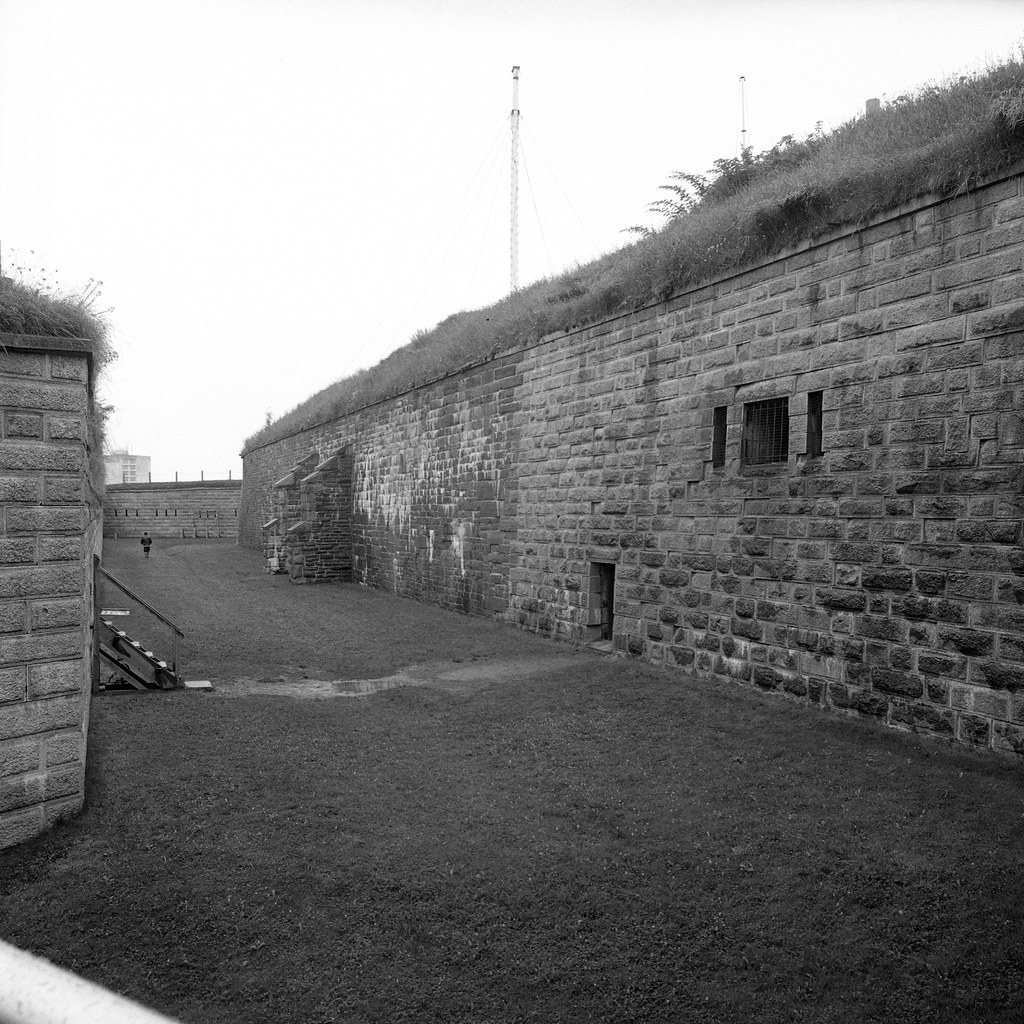 With the end of the American war, the British began to look at their fortifications of British North America and quickly realized that they needed to improve them if they were to hold the land against any future American attacks. Construction of the fourth citadel began in 1828 using the outline of the third citadel, but many changes in the plans resulted in a twenty-eight year construction period. The earthwork walls were replaced with limestone and soon the citadel began the central point for the Halifax Defensive Complex. Anyone who even attempted to attack the city would face certain destruction against eleven forts, seven artillery batteries, and three Martello towers. The British Army and Royal Navy would continue to occupy the Halifax complex well past the creation of the Dominion of Canada in 1867 eventually turning over the complex to Canada in 1906. 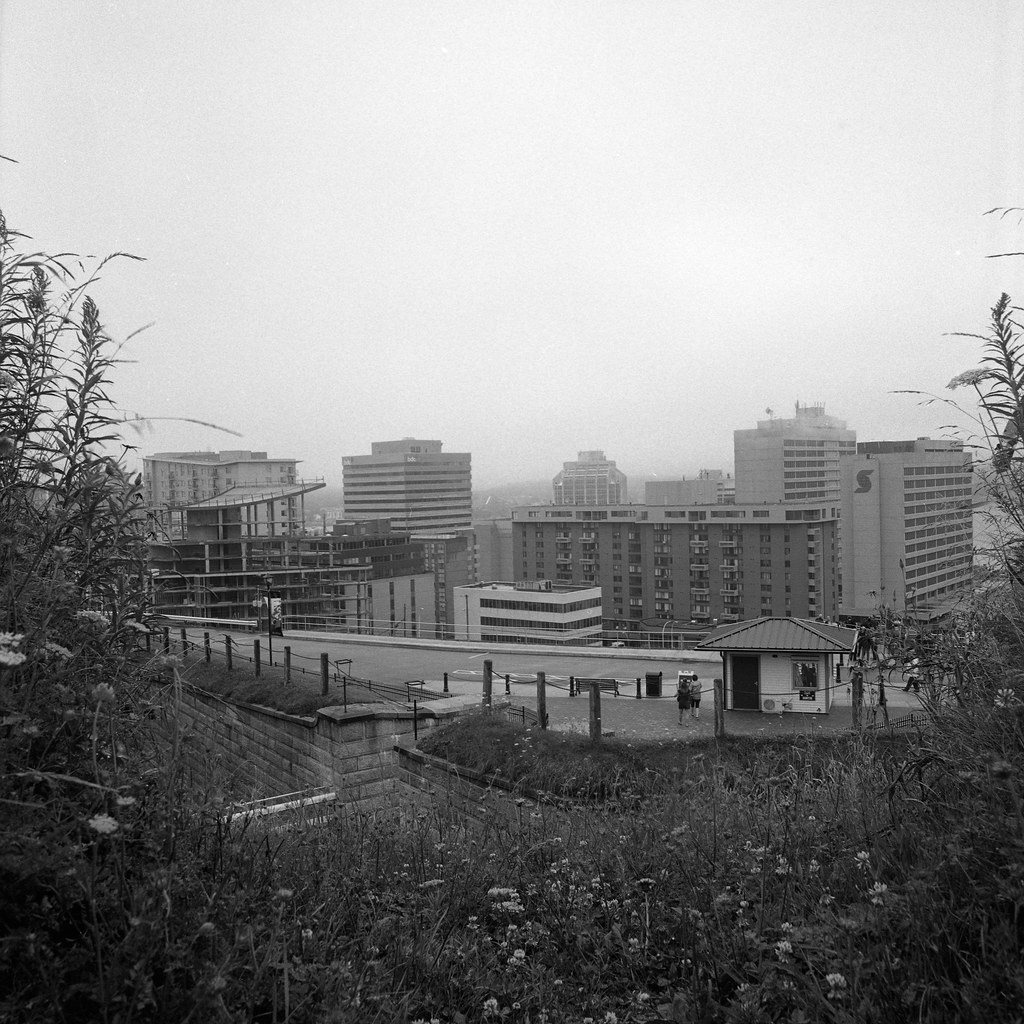 With the advent of heavy rifled artillery, the Halifax Citadel was considered obsolete but it continued to serve as headquarters for the entire defense complex throughout the First World War. During that conflict the use of the citadel took a darker turn, serving as an internment camp for those who the government had labeled as enemy aliens, mostly those of German decent. The final military use of the citadel was acting as a headquarters for the coordination of anti-aircraft and anti-submarine defenses.

After the Second World War, the fort was essentially abandoned, and while it had received some restoration work in the 1930s it was beginning to suffer decay. And like many fortifications from the 19th-Century that had long since fallen out of use, it was faced with demolition for a parking lot. Thankfully the city realized that a restored fort would offer both a historical presence and tourism for the city. By 1956 a partially restored fort and the Halifax Army museum opened to the public. The site is now the most visited historical site in all of Atlantic Canada. Not to mention during the peak season it is manned by some of best staff I have ever seen and interacted with. The fort today is restored to what it would have been like during the mid 19th-century with men of the 78th Highlanders who were stationed at the post for three years along with men of the Royal Artillery. The fort continues the tradition of firing the noon gun as well as 21-gun salutes. It is certainly worth a visit if you find yourself in Halifax.

Written with Files from:
Collins, Gilbert. Guidebook to the Historic Sites of the War of 1812. Toronto: Dundurn, 2006. Print.
web: www.pc.gc.ca/eng/lhn-nhs/ns/halifax/index.aspx
web: www.canadahistory.com/sections/places/forts/halifax_citadel.htm

Special Thanks to the men and women of the Halifax Citadel National Historic Site for answering all my questions and providing additional information for this article.