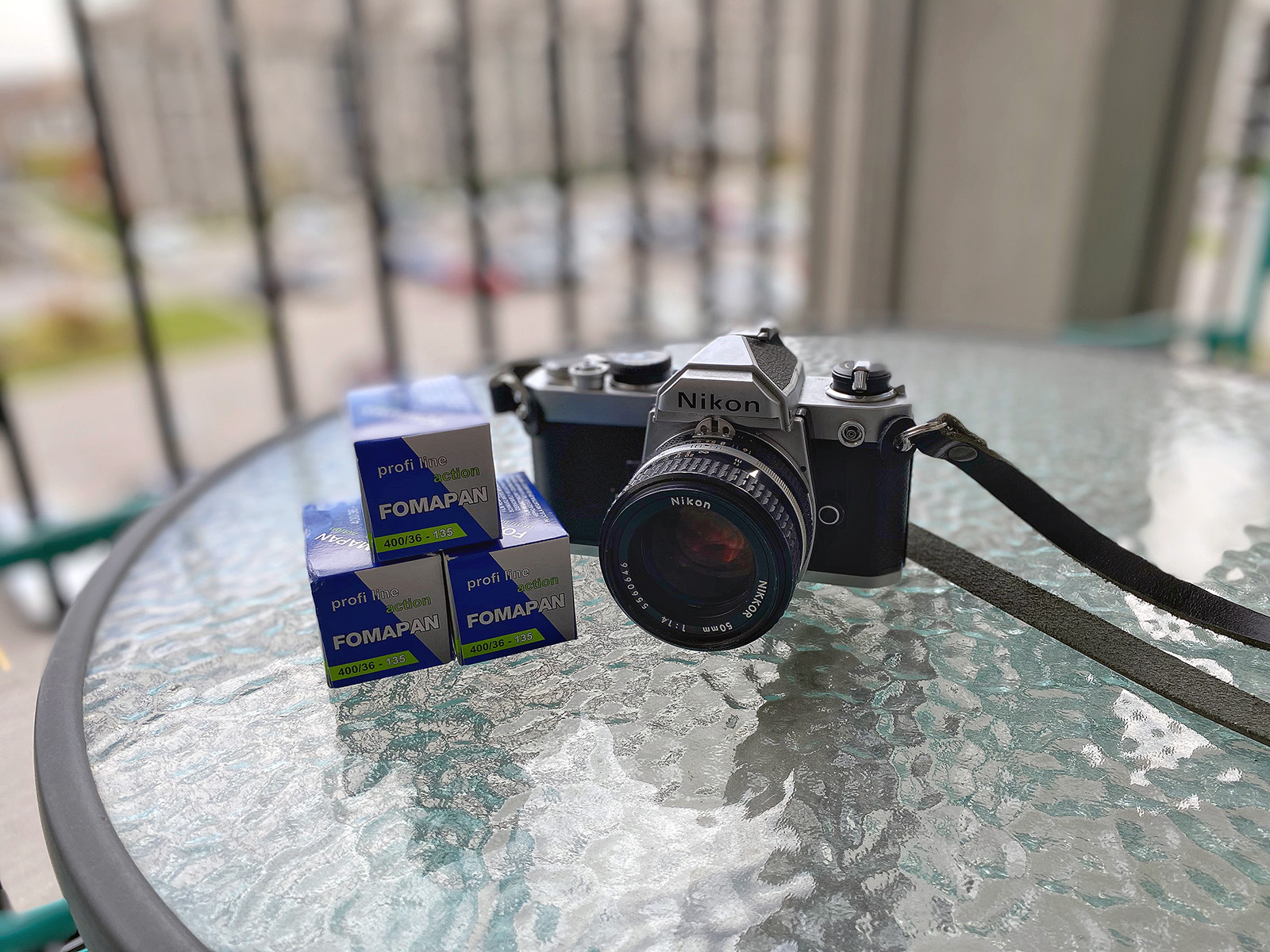 Well, here I am again at the start of another fifty-two roll project. I honestly did not think I would do one of these again especially with 35mm. But 2020 was a weird year and I was able to complete a whole pile of history and personal photo projects that carried me through the whole year. But did not allow me to build a big over-arching project for 2021, and that left a huge gap in my schedule, so why not bring back the fifty-two roll, but switch everything up. This will mark my fourth project of this type so I took aspects from three of these projects. I’ll be sticking with a single camera system this year, being my manual focus Nikon kit for the lenses. The camera body will stay fixed being the Nikon FM. I had originally planned to use the Olympus OM-2n, but I needed that camera to have a third camera choice with an excellent metering system for my film reviews, plus it’s the flagship for the first four lens reviews of the year. I didn’t want to have to juggle those reviews and this project. The Nikon FM made more sense than the FE as the FM will work, it will always just work, and it leaves the FE free for use in film reviews to give that classic Nikon 60/40 centre-weighted metering. As for the film, I initially planned to shoot Fomapan 400 all year long but quickly decided to use all three of the main flavours of Fomapan. Each film stock will get shot four months over the course of the year. Fomapan 400 will kick off January and February and then close us out with November and December. Fomapan 200 will take on the spring and fall with March, April, September, and October. And the summer months (May, June, July, and August) will be covered with Fomapan 100. I can shoot any lenses, a combination of lenses, and develop and expose the film however I wish. For the timing, in the project, a week starts on Saturday and ends on Friday. The goal is to have the previous week’s roll processed scanned and posted by the following Tuesday with the weekly blog post up for that Wednesday project spot. I’ve also set myself certain writing goals for each post with an introduction, the history of the area that’s being featured along with thinking on why I picked the photos to include in each post and the reasoning behind the lens choice(s) and processing of the film that week. And in true 52-roll fashion, each post will have seven images and a short blurb. And then I will also compile everything into a photo book for release in 2022. Let the games begin.