While there are many different actions of the Anglo-American War of 1812, some big, others rather small. These smaller ones are often overshadowed by the actions they were in between of. You don’t just happen to come across the site of Butler’s Farm. It’s not exactly in the main tourist district of Niagara-On-The-Lake; you have to want to find it. It took me a second attempt to actually find the place. Located at the end of a shady residential street, aptly named Butler Street is a chain link fence and gate, behind the gate stands several grave markers embedded in concrete, with new granite markers listing the names of those whom are buried there. 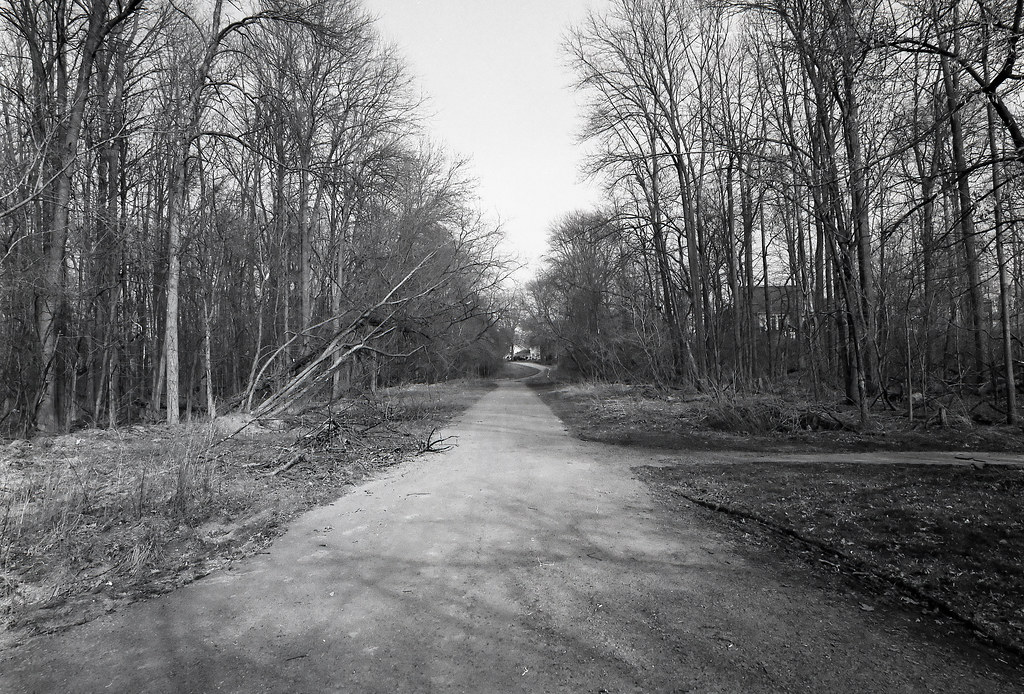 A rather odd side street behind the tourist packed main street is little more than a walking path.
Pentax 645 – SMC Pentax A 645 35mm 1:3.5 – Ilford Delta 400 – Processing By: Old School Photolab

But in the early 19th century it was a farm, and in July of 1813 a small, little known battle happened on the site. During his forced retreat during the battle and capture of Fort George by American forces the British army left behind medical supplies, buried near the home of Mr. Cassel Chorus. On July 8th Major General Francis, Baron De Rottenburg ordered that these supplies be retrieved. A detachment consisting of members from the 8th (The King’s) Regiment of Foot, a group of native allies, and the Provincial Dragoons were sent in. Despite the proximity to the Fort and thus American Pickets the detachment managed to get to the farm without detection. But while the wagons were being loaded with supplies the American pickets engaged the British Native Allies. The Natives under the command of Captain John Norton of the Indian Department managed to hold the Americans back until late afternoon. They were forced to withdraw when several hundred members of the 13th US Infantry arrived to reinforce their pickets. 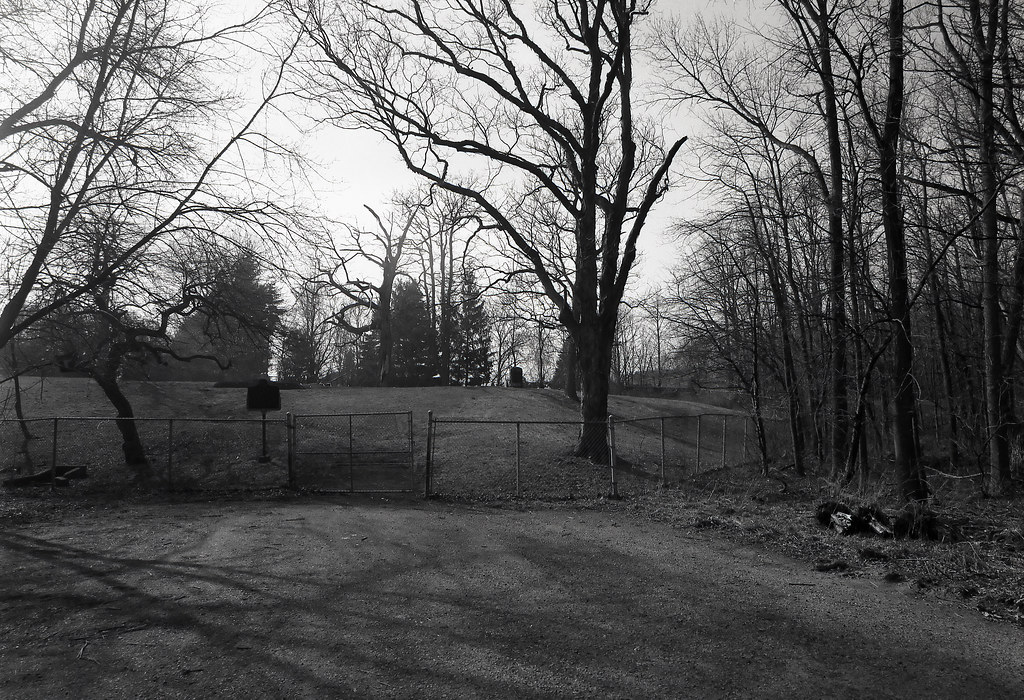 Seeing this as an opportunity Lieutenant Eldridge of the 13th took forty men and pursued Norton’s warriors. Only to find his force ambushed by natives hiding in the ravine, the initial volley killed eighteen soldiers including the brash Lieutenant. Ten Americans were taken prisoner while the remainder retreated and escaped back to Fort George. Norton’s forces only suffered three wounded warriors. 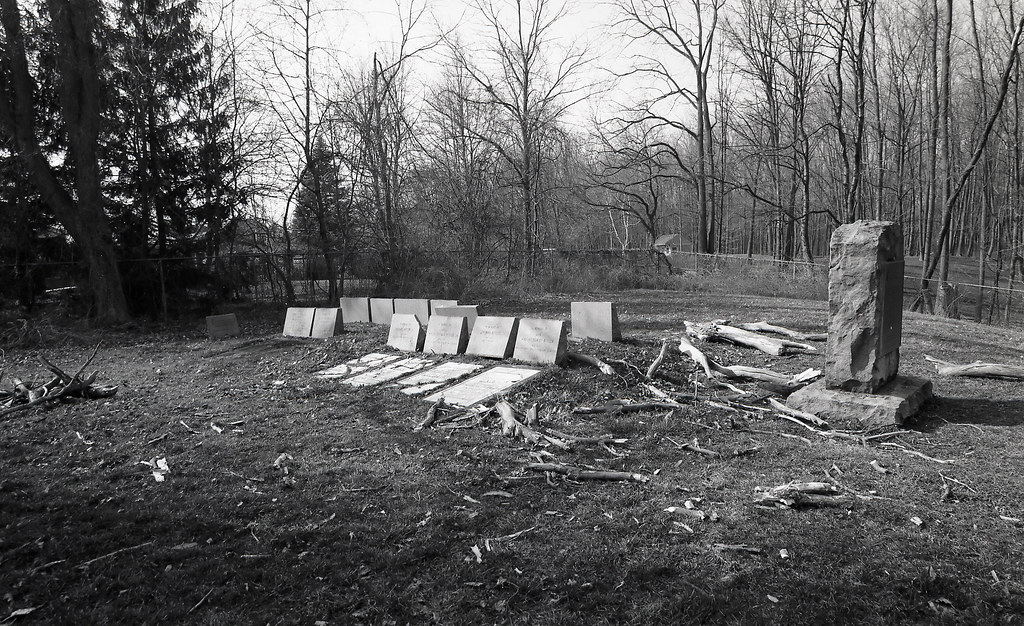 Today a plaque marks the spot describing this small skirmish, and also about the family that lay buried on these grounds. The Butler family, specifically Lieutenant Colonel John Butler is credited with the founding of present day Niagara-On-The-Lake. A new set of barracks were constructed after the War of 1812 well away from American guns and were named after the founder of the city. Butler’s Barracks continued to see operations up until the end of the Second World War. 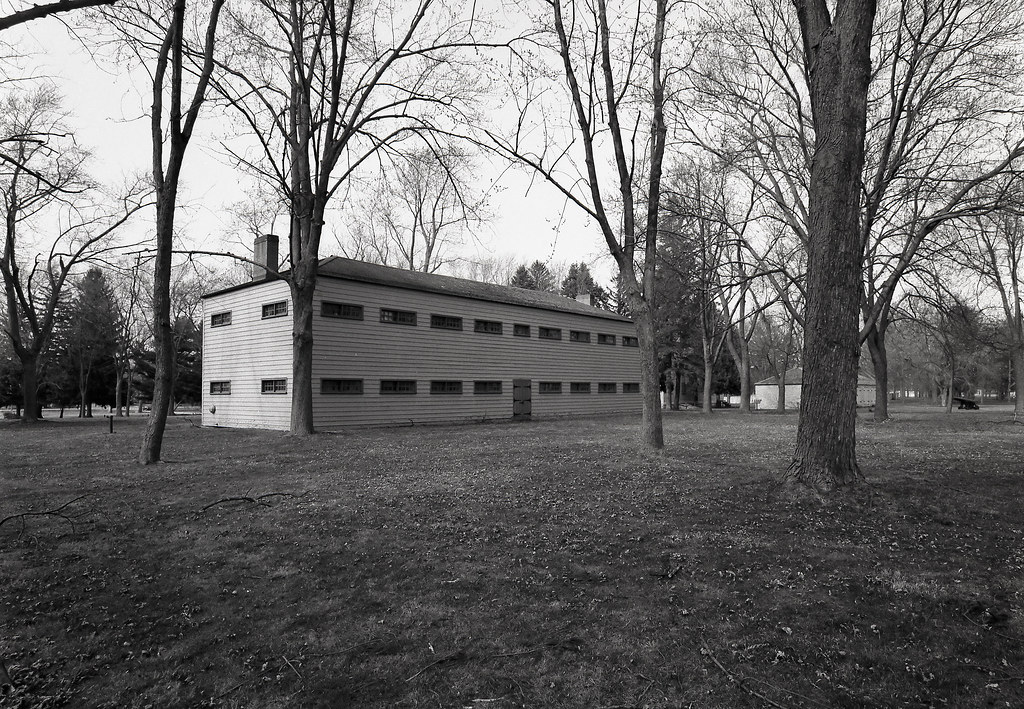 The name Butler is also given to a collection of post-War of 1812 military barracks, built far enough away from the river to avoid heavy fire from American guns.
Pentax 645 – SMC Pentax A 645 35mm 1:3.5 – Ilford Delta 400 – Processing By: Old School Photolab