While many forts from the Anglo-American War of 1812 survive today in either original form or having been rebuilt in the 20th-Century, there are just as many that have not survived or have survived in a limited fashion. One such location and the center of the early days of the conflict is Fort Amherstburg or better known as its second name, Fort Malden. Located along the Detroit River in the town of Amherstburg, Ontario was the seat of British power on the western frontier of Upper Canada. 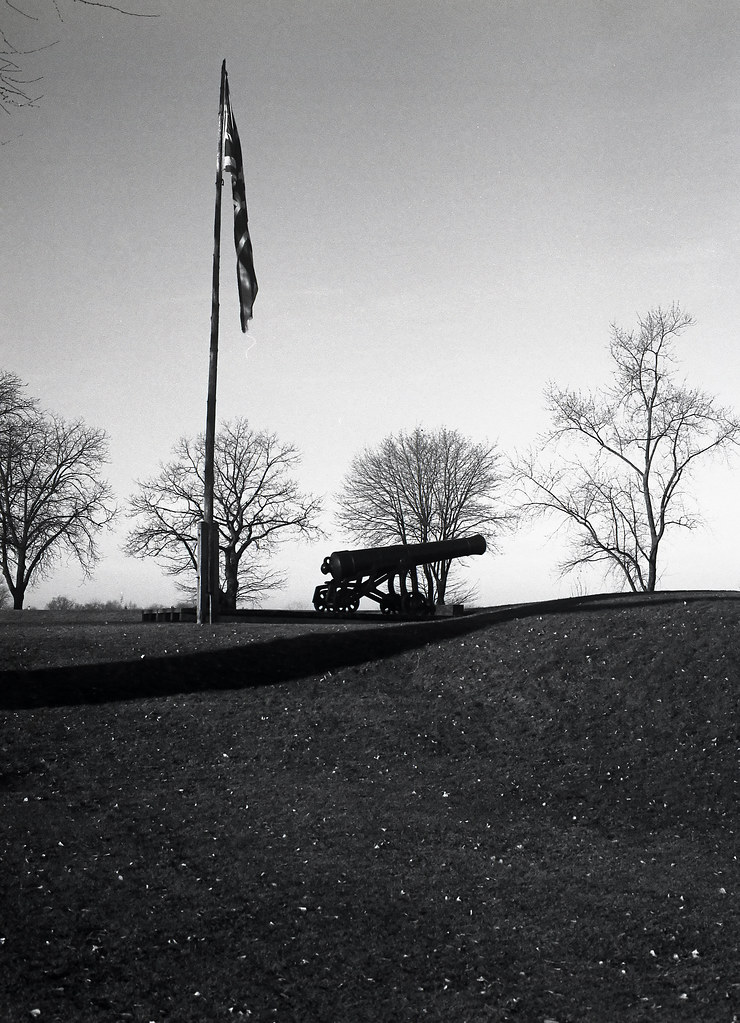 Of course, in the beginning, Fort Malden was built under its British name, and the name shared by the town it is now a part of, Fort Amherstburg. Like many of the British forts built following the forced surrender of their posts on the American side of the border under the terms of the Jay Treaty, Fort Amherstburg would be the first one to find completion in 1796. The fort a simple earthwork structure and simple wood frame buildings lacked the blockhouses that were typical of fortifications of the age. Constructed by a local, provincial unit, raised during the turbulent ear following the American Revolution, the fort would serve as headquarters to Colonel George St. George elements of the Royal Artillery and the 41st Regiment of Foot. The fort also served the British Indian Department and guarded the King’s Navy Yards the main dock for the Lake Erie Squadron of the Royal Navy and local elements of the Provincial Marine. 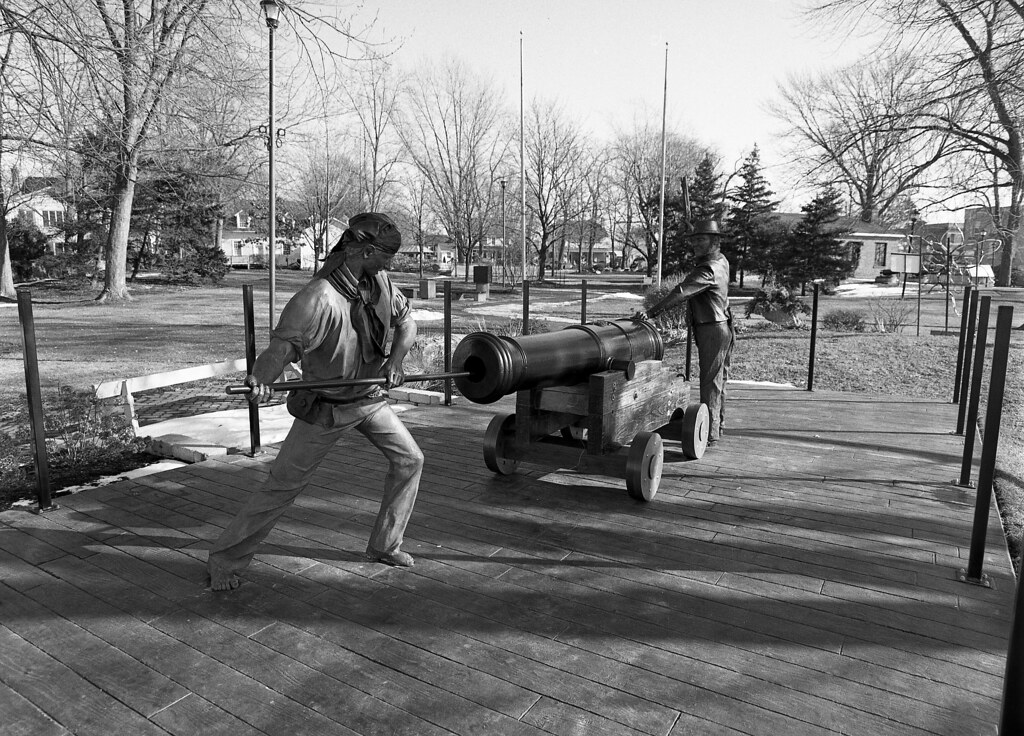 When the war opened in the summer of 1812, Fort Amherstburg became the center of activities on the western frontier. The arrival of Tecumseh and the remains of his confederacy and the capture of the Cuyahoga Packet carrying not only the battle plans for the invasion of Upper Canada but the personal belongings of the American Western Army commander, William Hull. Upon learning that his post would be targeted, Colonel St. George immediately sent word to General Brock for reinforcements. Brock’s swift arrival and a ruse spared the small fort from a direct attack by the Americans and served as a launching point for Brock’s assault on the American Fort Detroit and its capture. Upon his victory, Brock turned over command to the competent General Henry Procter. 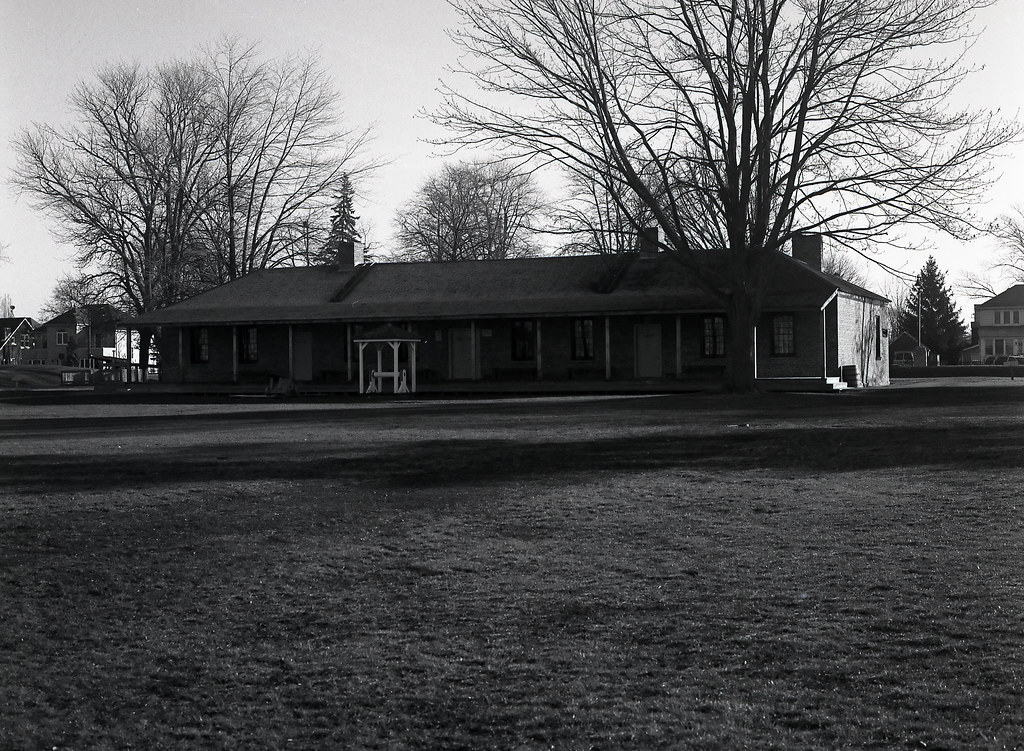 With Michigan firmly under British control, the garrison at Fort Amherstburg saw little action directed against their fort. They participated in the victory at Frenchtown and the disastrous siege of Fort Meigs and Fort Stephenson. By the fall of 1813, the situation was looking grave at the Fort. General Procter had constantly been at odds with Tecumseh and his native warriors. And with his requests for reinforcements falling on deaf ears as the war shifted further east, he soon found himself in an untenable situation. At the loss of the entire Royal Navy Squadron during the Battle of Lake Erie Procter made the decision that set in motion his loss of command. He decided to abandon the post and retreat to Burlington Heights. With the fort destroyed, Procter began the long march east. The Americans found little more than a ruin when they arrived in Amherstburg; the Americans would establish their post in the town, Fort Malden. During the final year of the war, Fort Malden served as little more than an outpost for Raiders against the smaller communities, a counterpoint to the British posts at Delaware and Port Talbot. With the signing of the Treaty of Gent, Fort Malden would return to British control later in 1815. 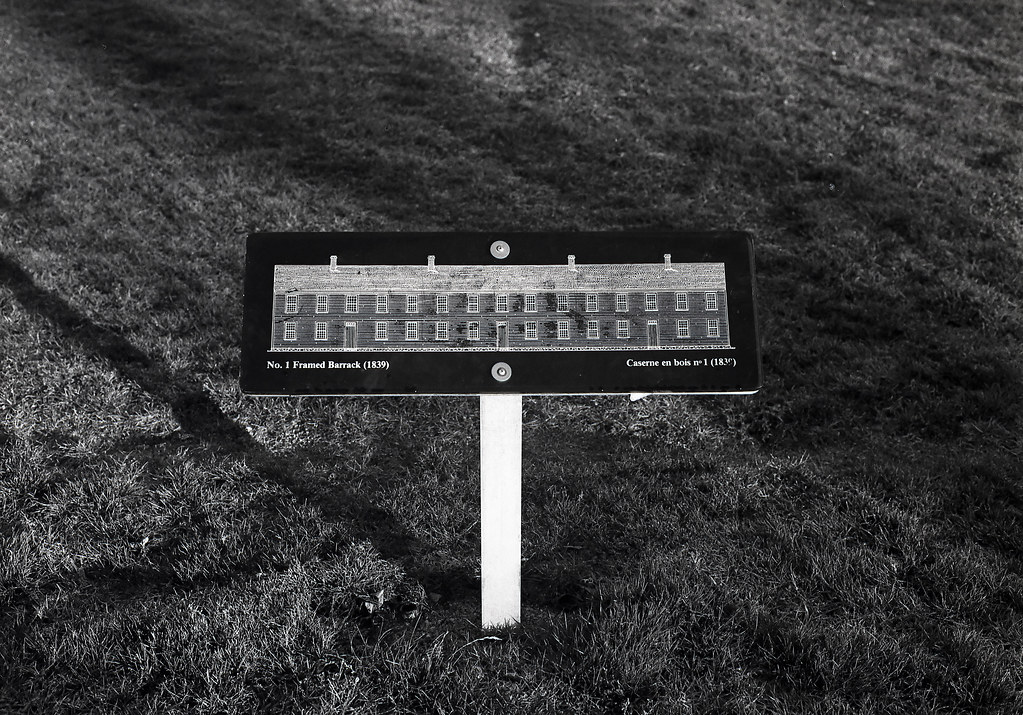 The British would regarrison the incomplete Fort Malden in 1819 construction a single low brick building before abandoning the post once again when tensions with the Americans settled down. It was only the threat of Rebellion that would see the fort rebuilt. The Rebellion would never reach that far west in Upper Canada, but the fort would remain occupied by the 34th Regiment of Foot and the Royal Canadian Rifle Regiment until 1851. Many of the military buildings would be moved following the disbandment of the military post and become a part of the town. The land, now owned by the local government would operate a mental hospital on the site until 1871. By the time the asylum transferred the staff and patients to St. Catherines the site was completely unrecognizable as a fort, only the 1819 barracks were left standing, but abandoned. Through the remainder of the 19th-Century, the military lands were slowly sold off to private owners. One of the two big barracks built in the 1830s still stands as three separate buildings in Amherstburg, the second one remained intact and burned in 1920. The 1868 Kitchen/Laundry from the Mental Hospital became a private residence. This all changed in the 1930s, a sudden interest in preserving Canadian Historical sites saw the government purchase back many historical sites that had become private property. While much of the military preserve in Amherstburg could not be bought back, a majority did return to Government hands. 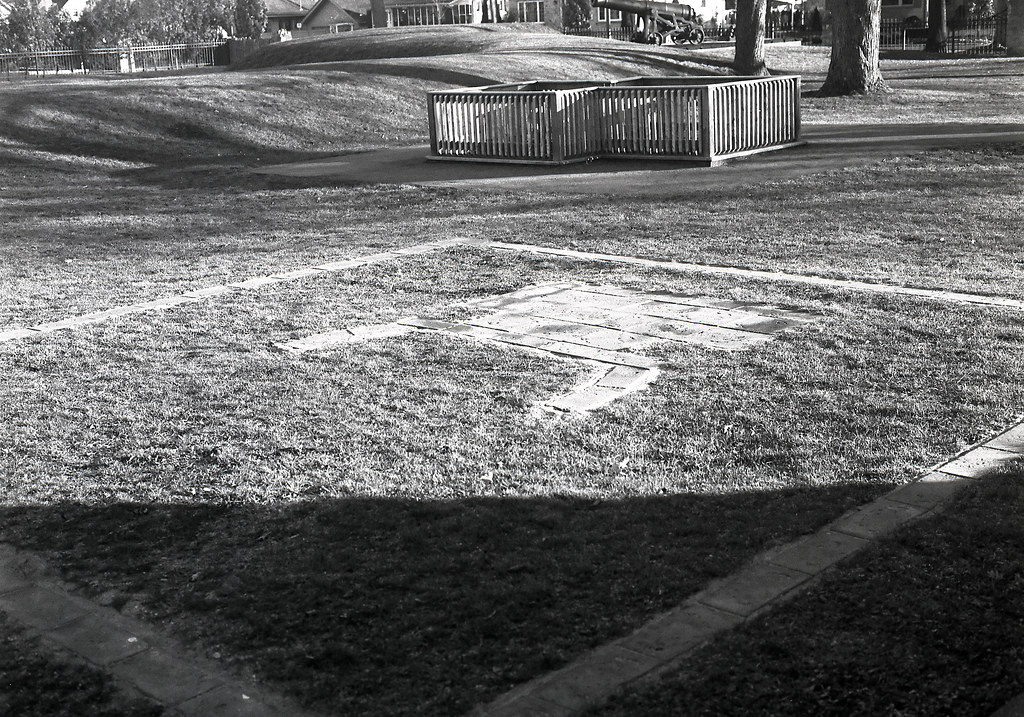 Today visitors can visit the remains of Fort Malden. Some earthworks from the 1830 reconstruction can still be seen, the outlines of the fountains have also been made visible. The 1819 barracks have been restored, and the 1868 Kitchen and Laundry are open and museums to the fort’s military and institutional past. A small cottage that was the grounds keeper is also present. The King’s Navy Yard is a public park on the river’s edge in the downtown.

Written with files from:
Guidebook to the Historic Sites of the War of 1812 Second Edition by Gilbert Collins – 2006 The Dundurn Group Publishers
Lossing, Benson John. The Pictorial Field-book of the War of 1812. Gretna, LA: Pelican Pub., 2003. Print.
Web: www.amherstburg.ca/Attractions/Details/fortmalden.aspx
Web: www.windsorpubliclibrary.com/digi/war1812/contents/surrender/fortmalden.htm
Web: www.windsorpubliclibrary.com/digi/war1812/contents/retreat/retreatamherstburg.htm