The penultimate battle of the War of 1812, at least in the eyes of the Americans, and the final big battle in the entire war. By the middle of November 1814 the war in Upper Canada had all but finished for the campaign season, in Ghent the negotiations for peace continued, and if they went well, war would not return. But for the United States the war was far from over and far closer to home. Everything that the government feared would happen with Napoleon’s abdication happened. In June of 1814 a force under General John Sherbroke captured 100 miles of coastline in what would become Maine, capturing Castine and sacking Hampden and Bangor. September saw a massive force under General Robert Ross smash an army under General Winder at Bladensburg then proceeded to march on Washington DC burning down many public buildings including the Presidential Mansion and the Capitol. Ross was killed at the Battle of North Point just outside of Baltimore, and the attack fleet failed to crack Fort McHenry during an extensive bombardment of the fort, which kept the British from capturing Baltimore. Rather than make a second attempt at Baltimore, Vice Admiral Alexander Cochrane and General John Keane (who replaced Ross) decided to try a different tactic and headed south. Their goal was to disrupt the Mississippi trade route. Their first attempt at capturing Mobile, Alabama failed, and they turned towards the city of New Orleans. 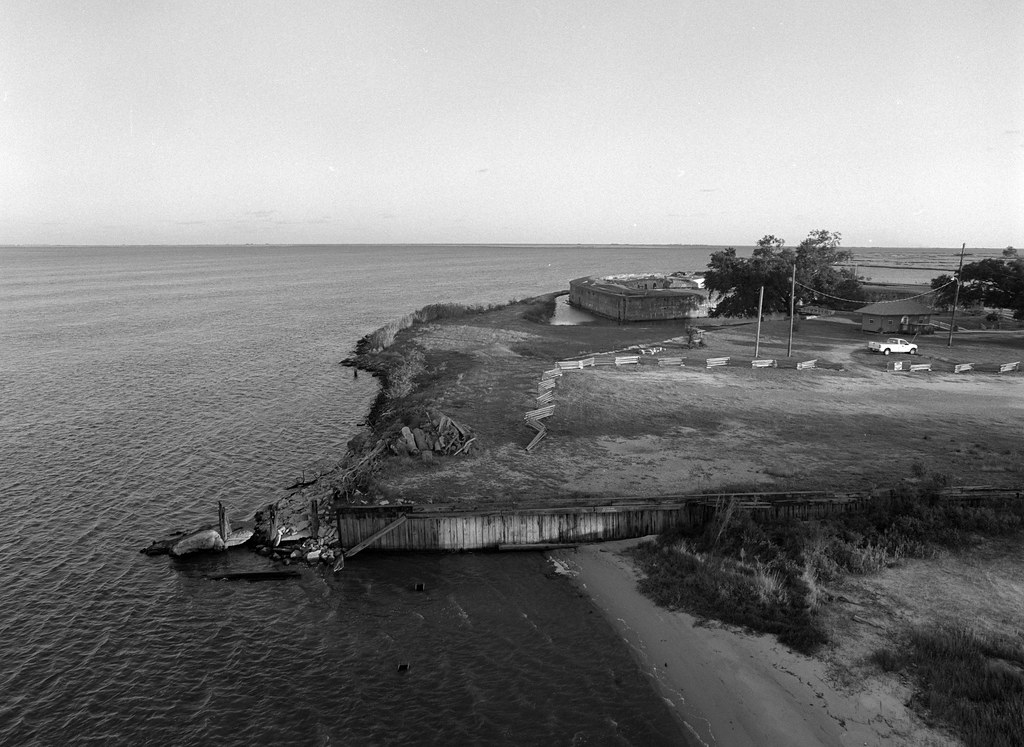 The Rigolets today are monitored by Fort Pike, named for General Zebulon Pike, the fort was constructed after the war to prevent another invasion fleet from sailing into the inland water ways.

The fleet making anchor just outside the entrance to lakes Pontchatin and Borgne on the 9th of December. At New Orleans, General Andrew Jackson had caught wind of the attack fleet and started putting plans in motion. His first goal was to prevent the British entrance into the inland waterways. Any armed ship that could float was put into action and a small force consisting of five gunboats along with the U.S. Schooner Sea Horse (1), U.S. Sloop Alligator (1), and U.S. Sloop Ticker (1) was organized to blockade Lake Borgne. Cochrane sent in a force of sailors and marines on all of his fleet’s auxiliary boats, rafts, gigs, longboats, and barges were organized and began to row in. Setting out on the 12th the flotilla first encountered the Sea Horse in the process of trying to destroy a shore based powder magazine. While she was able to drive off the British, her crew opted to scuttle the ship rather than be captured later. By the 14th the Alligator was captured by the British, and they had reached the gunboat line. After breakfast the flotilla began to pull for the American line under heavy fire and against a strong current. Nonetheless Gunboat No. 156 was the first to be captured, then turning her guns against her sister craft each other gunboat quickly fell. The whole action taking no more than five minutes. The inland waterways were clear and Keane’s army began to move into the state. This was no small army that established a fortified garrison on Pea Island. There were no understrength battalions here, Keane had some of the best forces in the British Army. The force consisted of the 4th (King’s Own), 7th (Royal Fusaliers), 21st, 27th, 40th, 43rd, 44th, 85th, and 95th (The Rifles) supported by Royal Artillery, 14th Light Dragoons, Royal Marines and Sailors. Louisiana was about to be invaded. 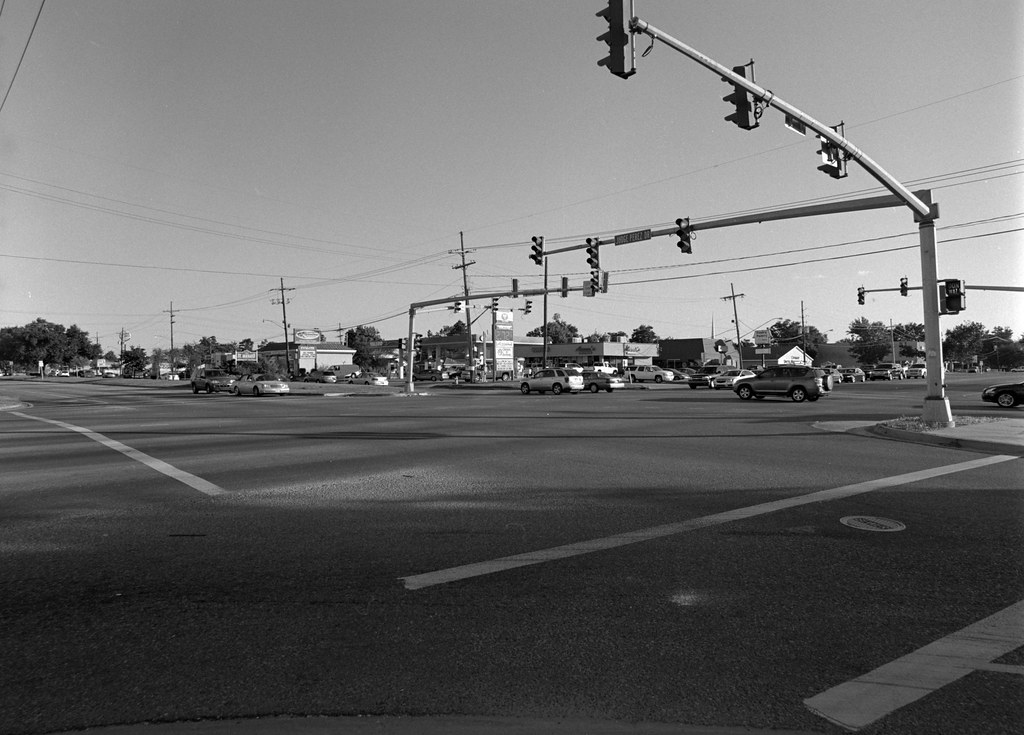 Today the LaCoste Plantation is no more, but rather a busy intersection just outside of the City.

With his garrison in place Keane deployed a vanguard to determine Jackson’s disposition. Jackson had spent much of the war fighting the Creeks and now commanding a mixed bag of regulars, marines, sailors, militia, volunteers and pirates. His main defensive line was a series of earthworks under construction along the Rodriguez Canal. He also had support from three grounded ships, U.S. Sloop Louisiana (16), U.S. Schooner Carolina (14), and the U.S. Steamship Enterprise (1). Keane’s vanguard made camp just nine miles from the city on the Lacoste Plantation. This was reported to Jackson by US Dragoons who had spotted the British. By the Eternal, Jackson swore, they shall not sleep on our soil! He led a force on the night of the 23rd to take on the British, and while the initial surprise was enough to shake the British they quickly rallied and pushed the American force back but rather than continue the pursuit, Keane, shaken by the quick strike pulled back. This was exactly what Jackson was looking for, he needed time. Jackson continued the construction of his line, installing eight batteries for the heavy guns, a ninth on the west bank of the Mississippi would be used for the long 24-pound guns from the Louisiana. On Christmas Day, General Edward Pakenham, the replacement for General Ross arrived at Pea Island, having met with the senior officers he decided that the only way to capture the city was a direct assault against it and overrun Jackson’s line, and ordered the army to move forward. On New Year’s Day, 1815 Pakenham’s siege batteries open fire on the Line Jackson. Pakenham, however had one problem, his supply of ammunition for his guns were limited, and while he was able to knock out several of Jackson’s heavy cannons, any infantry assault would not have the same level of artillery cover from the British line. So a plan was made to make every shot count. When the remainder of the army arrived, it was divided into four brigades. The first brigade under Colonel John Thorton was tasked with crossing the Mississippi river to knock out the western battery, establish one of their own and give fire into the line itself from close range. Two main assault brigades under General Keane and General Samuel Gibbs, a third brigade under General John Lambert was held in reserve. 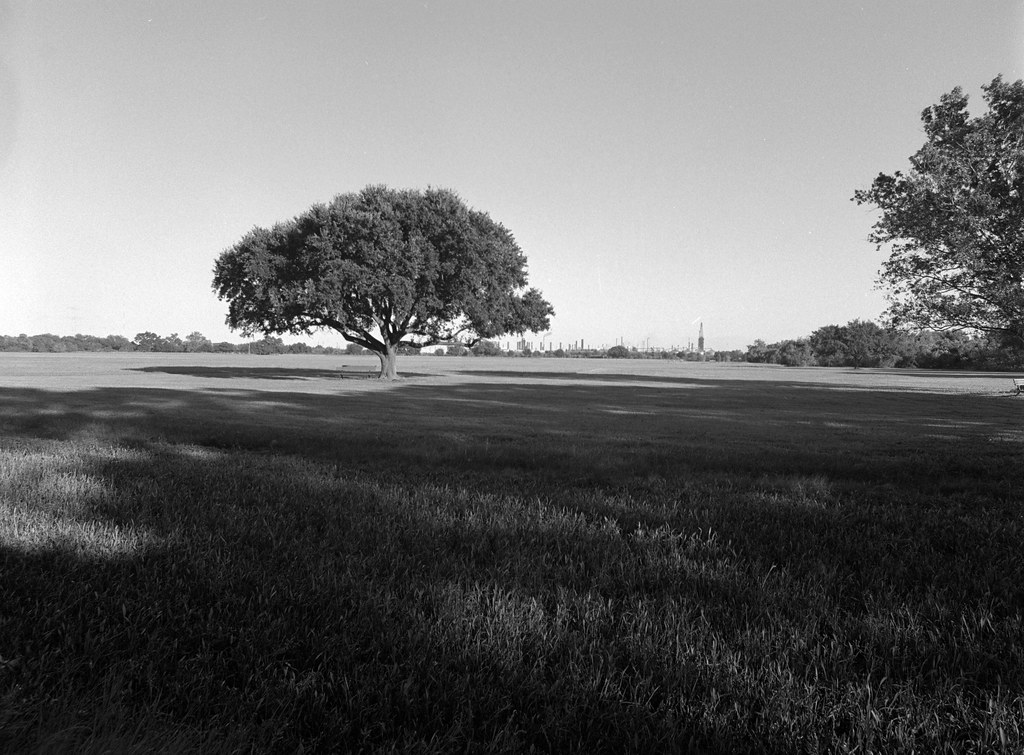 Thorton’s brigade was supposed to use boats to transport men and guns, but the sailors had been rushed and the dam and canal failed and they were forced to haul everything through the mud in the early hours of the 8th of January. Despite this delay, Pakenham ordered his two main assault columns forward. With the 95th moving head in skirmish order, and under cover of darkness and fog they advanced. Gibbs along the swamp, and Keane along the river’s edge. But where was Thorton’s artillery support? As the columns drew closer the fog lifted and the light poured into the open field, with the cover lost the columns found themselves under heavy fire from small arms and cannon. To add to their problems, the commander of the 44th had forgotten the needed scaling equipment. The columns were trapped in a kill zone. Confusion turned to chaos as Gibbs was killed outright, Keane was ordered to cross the field with the 93rd, only to be injured himself. The right column had met with some success, being able to scale one of the redoubts, but without additional support they remained pinned there, and with the timely arrival of the 7th US Infantry their fate was sealed, only a few made it out alive. With Pakenham also dead, command fell to General Lambert. He had been watching in horror as the soldiers, without any orders to advance or fall back simply stood there getting slaughtered, some tried to find what cover they could find as the 95th had. By the time Lambert had managed to use his own brigade as cover did the blood-letting end. Thorton’s brigade was the only one to meet with some success, albeit rather delayed to prevent the disaster, they did manage to chase off the sailors manning the western battery, but it was all over by the time he was ready to fire, not willing to hold such a position, he too was forced to retreat. Cochrane was not going to give up on New Orleans that easily, and moved his fleet and bombarded Fort St. Phillips for ten days in an effort to open up another invasion route, but the fort refused to surrender. Realizing that New Orleans was not going to crack, the British fleet was packed up and left by the 19th. 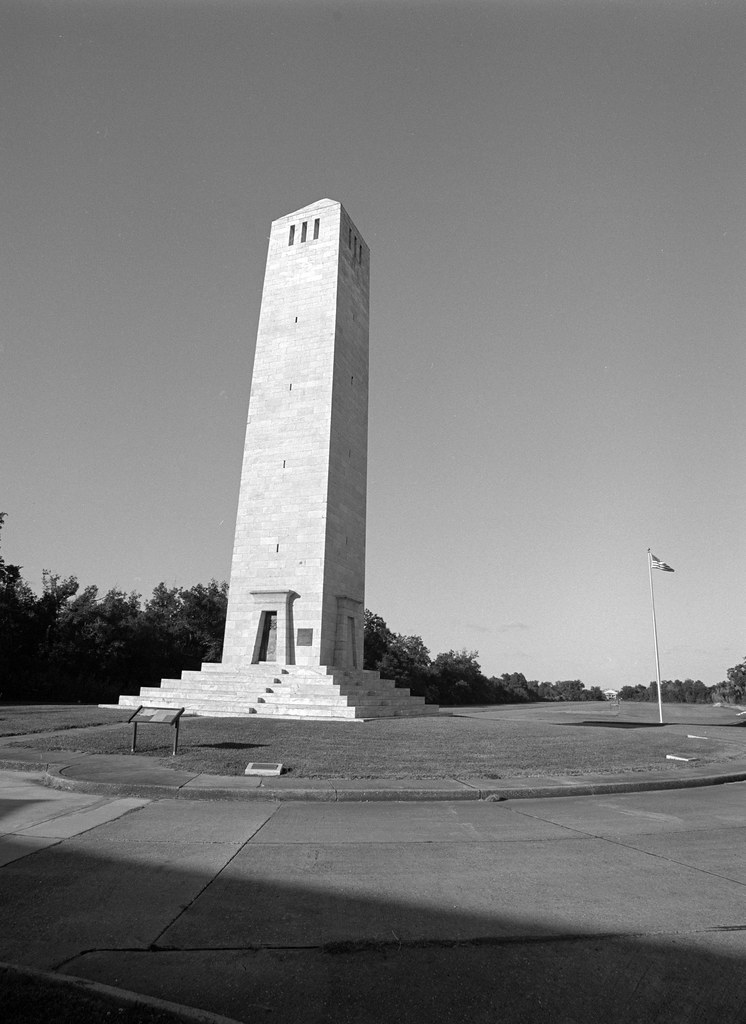 The battle monument on the Chalmette field.

While the Battle of New Orleans was a major American victory, and one of the main reasons they feel victory in the War of 1812 was their’s, the simple fact was that a British victory at New Orleans would not have mattered, at all. If the British had won at New Orleans, and occupied the city, when word of peace reached them they would have packed up and left! Besides they never planned to occupy the city and return it, and all of Louisiana, to France (with whom peace had been made, this was before Napoleon had returned from Elba), they merely wanted to disrupt American trade on the Mississippi. However New Orleans has been romanticized, like many battles in the War of 1812, and launched Andrew Jackson to the presidency later in the 19th century. There’s also a catchy little (but horribly inaccurate) song about the battle. 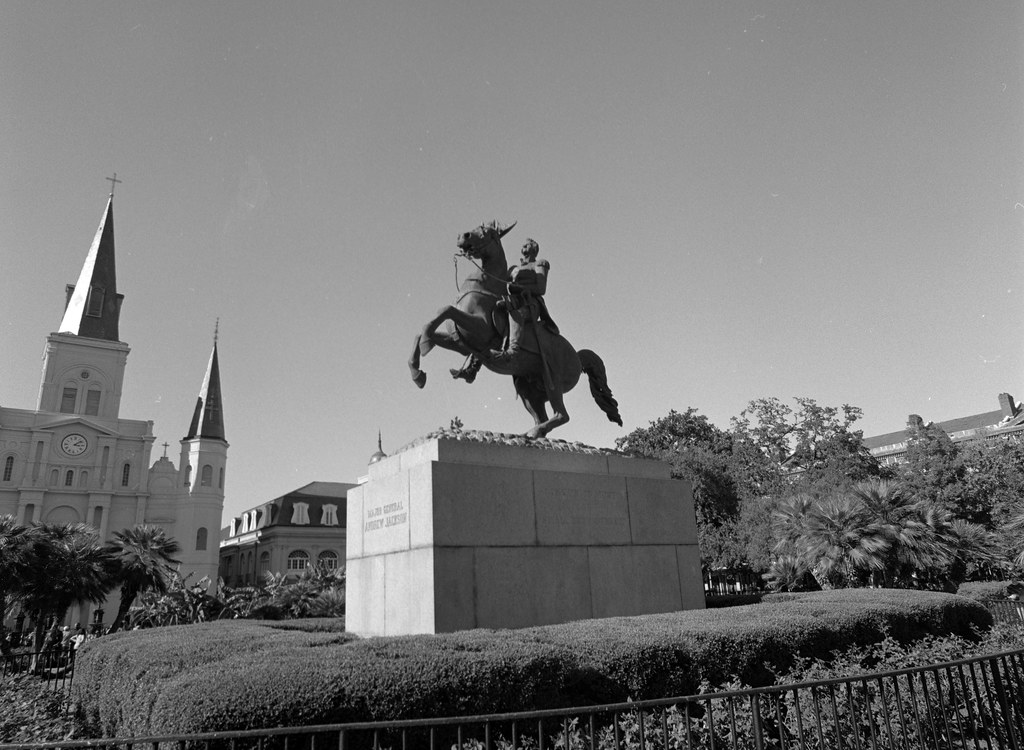