There’s something fun about simplicity in a camera. Over the course of these reviews, I’ve shot cameras at every point on the spectrum from complex to annoyingly simple. But in the case of the Pentax P3n, it fits the perfect balance between sophisticated and simple. The P3n is a camera that you can take out, shoot from the hip and get outstanding results. The P3n is Pentax’s answer to that wonderfully strange period from the mechanical and manual 1970s and the automatic days of the 1980s a perfect blend of the old and the new. The camera is alternately known outside the USA at the P30n and fills in the gaps that the P3 (P30) had and ultimately produced a much more robust camera. While I initially held some doubts about the camera, in the end, it presented a pleasant surprise. 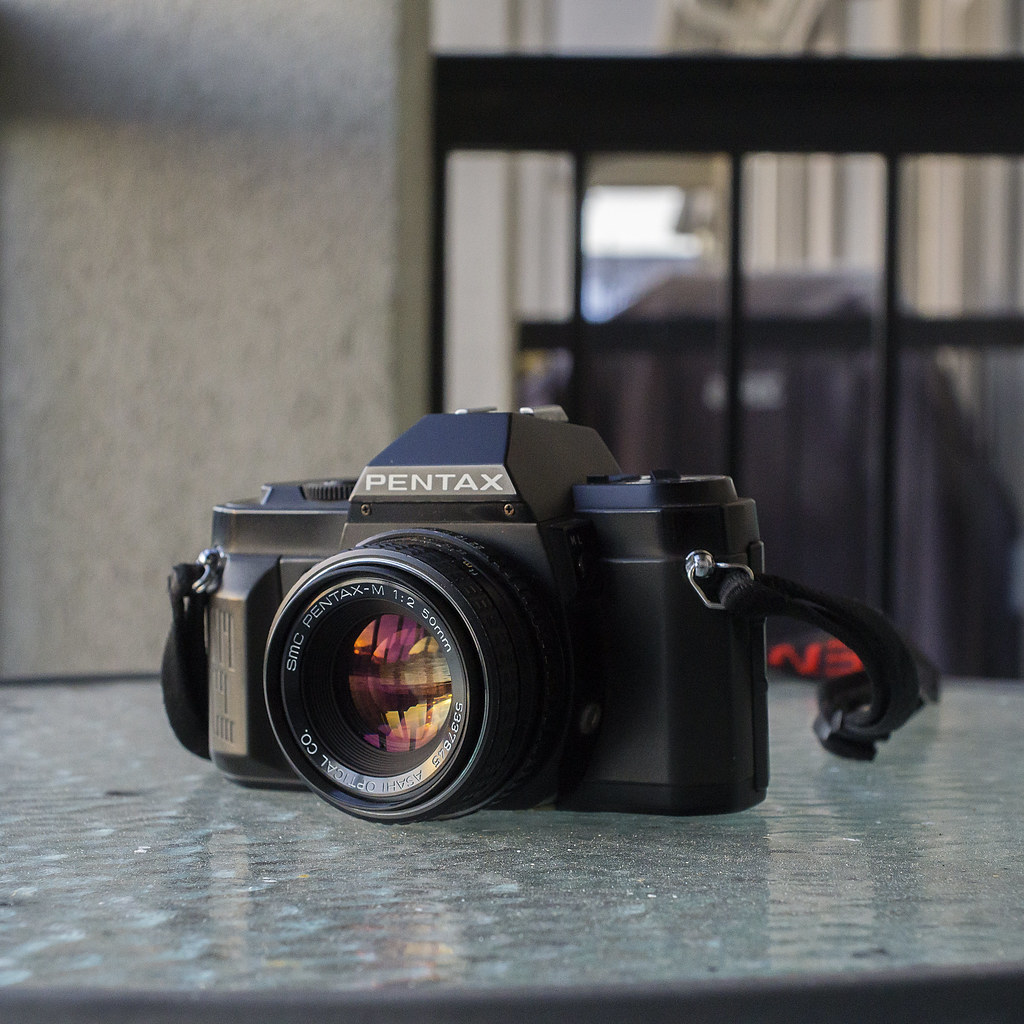 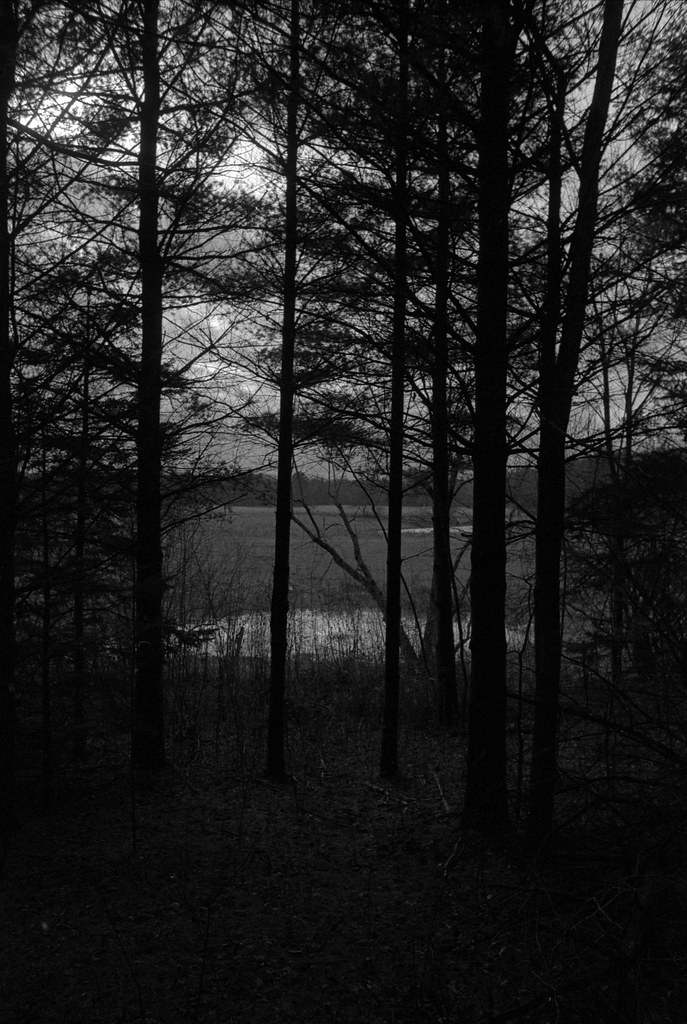 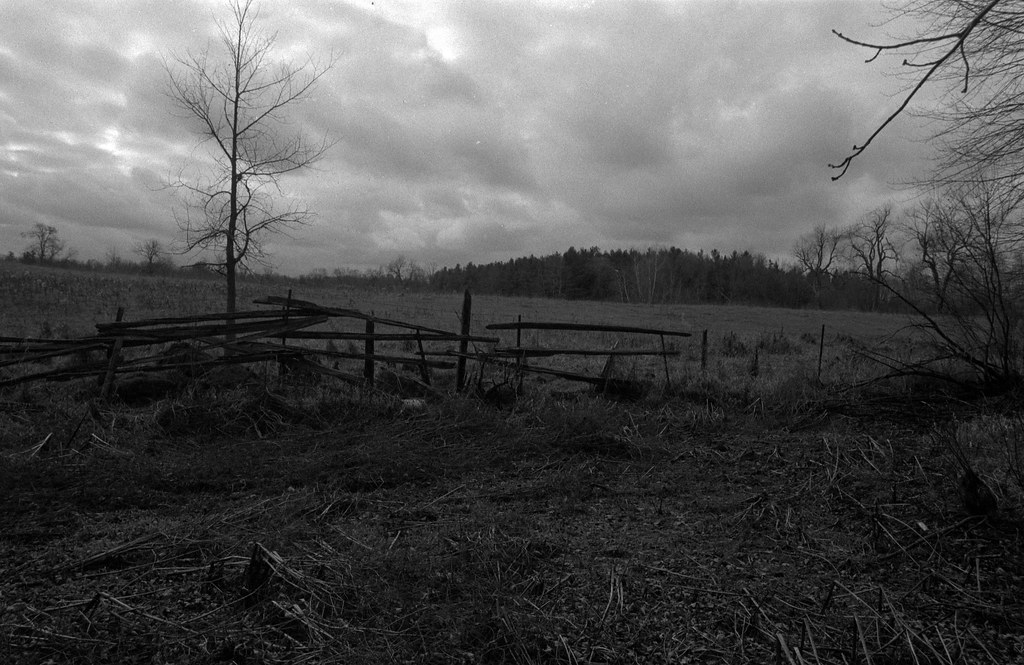 The Good
The P3n features full auto-exposure, aperture priority, and metered manual and works with all Pentax manual focus lenses, which gives the camera a solid magazine of glass to operate on the camera. Of course, like the Nikon FA (which only allows full AE with AI-S Nikkor lenses), full auto-exposure only work with SMC Pentax-A lenses. The camera does support SMC Pentax, and SMC Pentax-M will only work in metered manual and aperture priority. Camera operation between the modes is easy to switch with just the use of your index finger. On your Pentax-A lenses but the aperture ring to “A” and the Shutter Speed Dial to “A” and you’re ready to shoot. Aperture Priority, move the aperture dial off A, metered manual, adjust the shutter speed dial. I find the size of the camera body, which fits nicely in hand, works best with the shorter Pentax-M lenses designed for, the smaller body M-Series SLRs. Despite the look, the P3N is mostly constructed out of metal with some plastic pieces but not as many as the P3t. But the construction does not add any weight, making the camera is a perfect compact carry around camera. The viewfinder is fairly bright, but the best part is the clear display of the shutter speed and indication of metered speed that makes operating the camera in manual mode easy. And loading the film is a breeze, it reminds me of the Canon QL system that you find in the FTb, just drag the film leader across, click and advance and you’re ready to shoot! 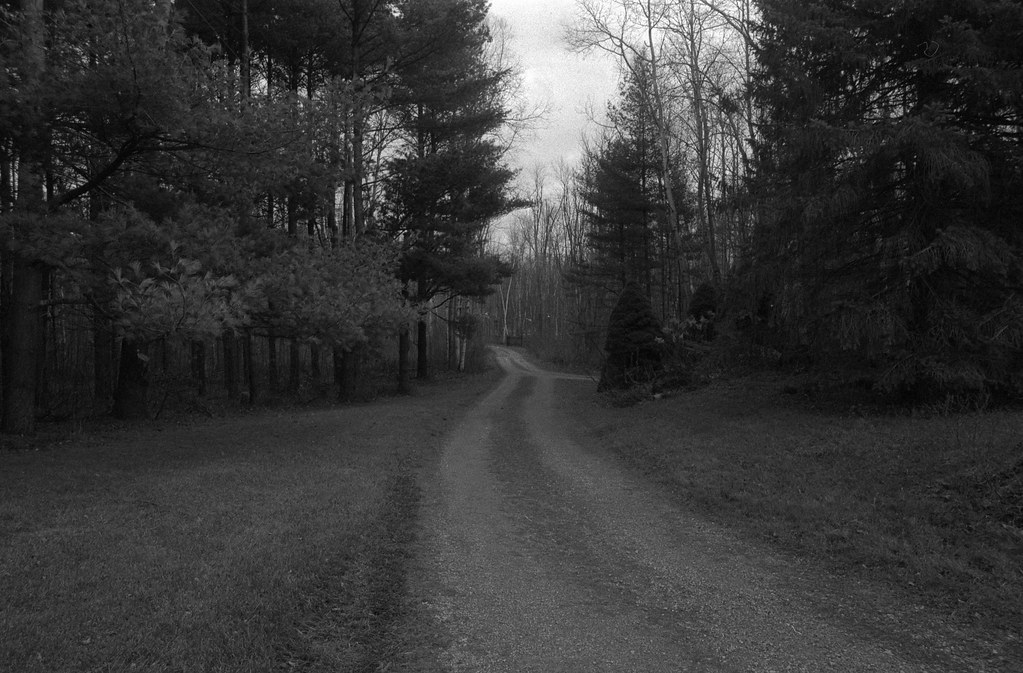 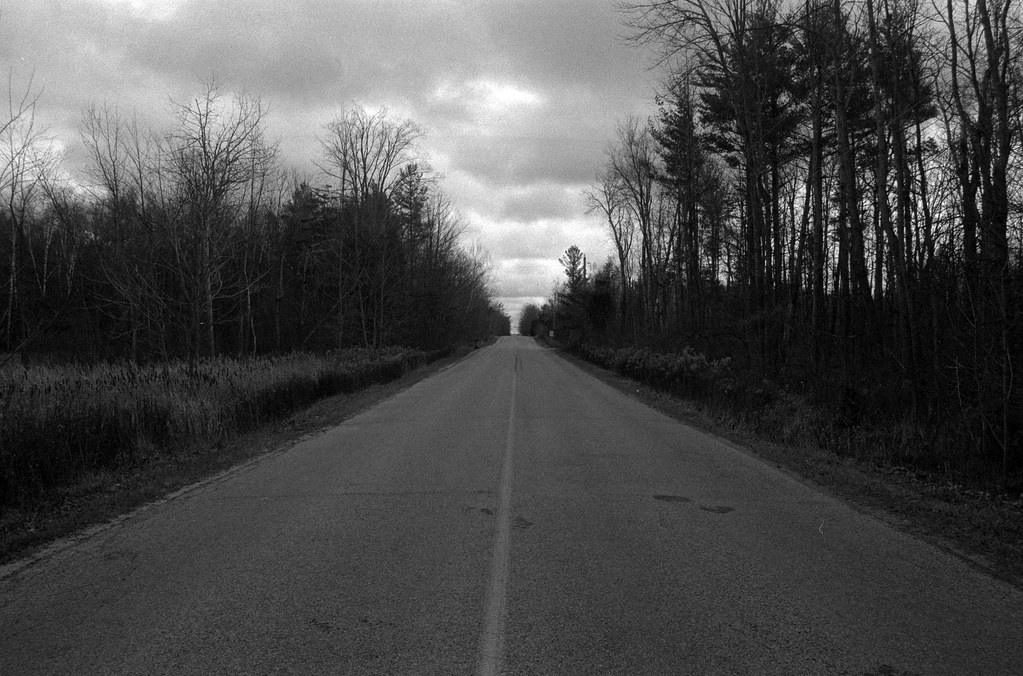 The Bad
There are only a few items that I take issue with on the P3n. The first is the lack of manual override for setting the film speed. The camera is fully automated in this case with contacts in the camera automatically sets the speed based on the DX code. To the average user, this might not be of concern, but I occasionally will adjust the film speed to achieve a certain look or compensate for too much or too little light in the area. If there’s no DX code on the film canister the camera defaults to ASA-100, something I’m not completely convinced on. The second item is the manual film advance. Now, if you’ve been reading these for a while I’m rather critical of film advance levers, and usually, enjoy them. But on the P3n it feels outdated. By this point, most cameras can have an internal film advance motor. I feel the P3n would benefit from such a motor, but it was probably left out to allow for smaller batteries and a smaller size. Either way, such a thing would have improved the camera. And finally, let’s talk about the film rewind knob/back door release. This knob is the only weak point on the camera’s build, it’s thin, it’s plastic and I was sure it was going to break opening up the back! 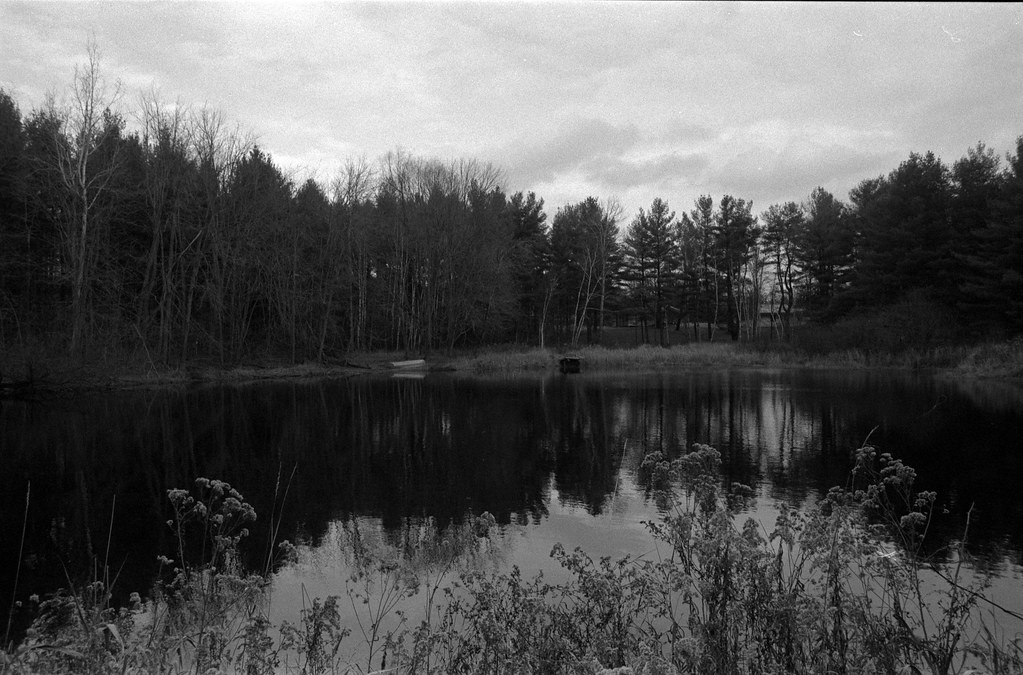 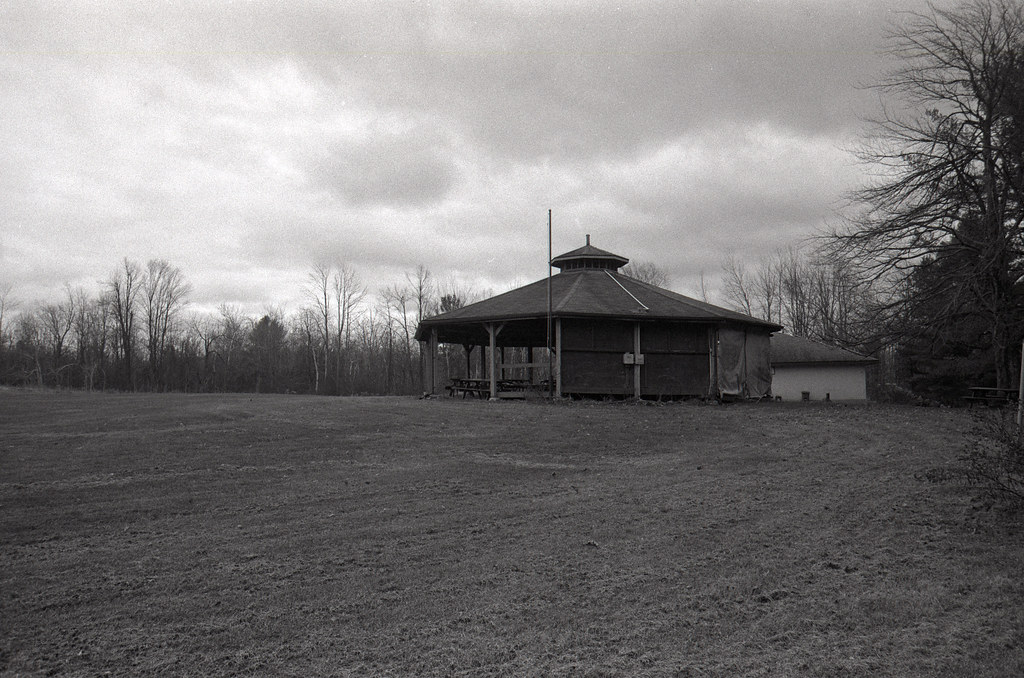 The Lowdown
The P3n is a strong camera despite its size and look. A great camera to start out using 35mm film if you’ve never used film before. I would think of it as a more advanced K1000, gives users a taste of what they can do with 35mm film without breaking the bank. Clean lines, solid build quality, and a K-Mount only adds to the draw of the camera. And if you don’t have Pentax lenses there is a huge inventory of lenses from Ricoh, Vivitar and more out there that will work perfectly with the camera. Unless you’re a completest, I would avoid the older P3 (P30) and just get the P3n (P30n), certainly worth a second look if you want to expand your Pentax collection.