If there’s one lens that I don’t use that much is the 135mm focal length. I shoot a tonne with my pair of Nikon 105mm lenses and the 100mm in my Maxxum system is becoming a fast favourite. But I have a pair of 135mm lens one in Nikon the other in Rokkor that just don’t get the same amount of love as the others do. And oddly enough there are plenty of other photographers out there that their lenses feel the same lack of love. Enter Dan Novack when he posted a challenge on the Negative Postive’s Podcast group on Facebook asking if anyone wanted to join in the fun. I jumped onto the bandwagon, with the eventual goal being that these images are to be published in a photographic ‘zine. As such, I set out to put a couple of rules on myself for the challenge, I could only shoot with one lens, one camera, and one film. After some thinking I wanted to give myself as much advantage as I could, so I settled with the Nikon FA and the AI Nikkor 135mm 1:2.8 lens and a roll of Ilford FP4+ shot at box (ASA-125) speed. This gave me 36 shots or 35 in this case. I had to shoot it over the course of a business week or five days that’s seven shots per day each day being in a different location. After processing and then during the scanning picked out four shots that stood out from each day. Then decide on a favourite from each of the four images. And from those five images let them sit on Flickr for a week and pick the four with the top number of views to submit for voting on to chose two for publication in the ‘zine. So without any further talk on my part, here are my favourite five!

Day One – On Campus
For my first day out on the 135mm challenge I decided to stay on the main campus, often a telephoto lets you see things a little differently. 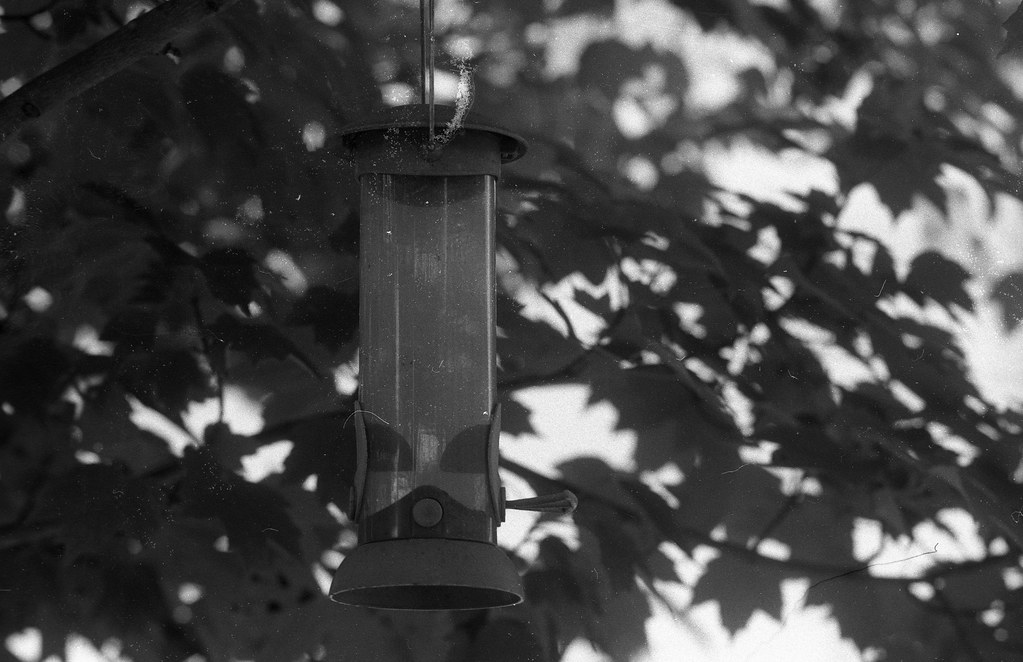 Day Two – In the Woods
Having a lovely trail and wooded space behind campus helps me get away from the desk and enjoy nature and having the 135mm lens helps see the forest for the trees. 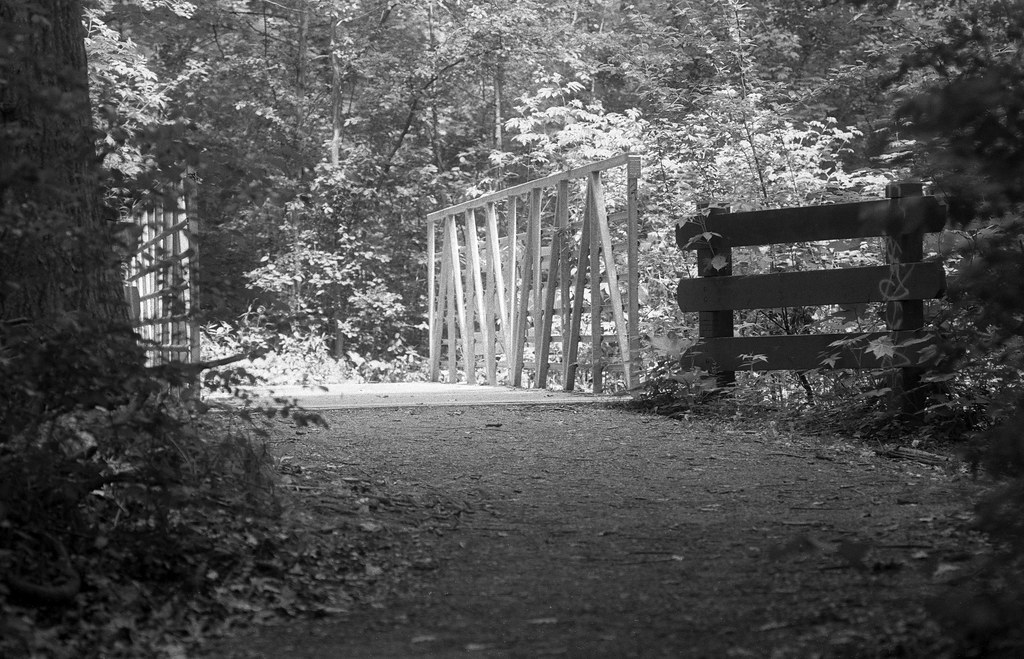 Day Three – The Mouse’s View
Okay, these aren’t my favourite but more an experiment of putting the camera down on the floor and somewhat focusing. 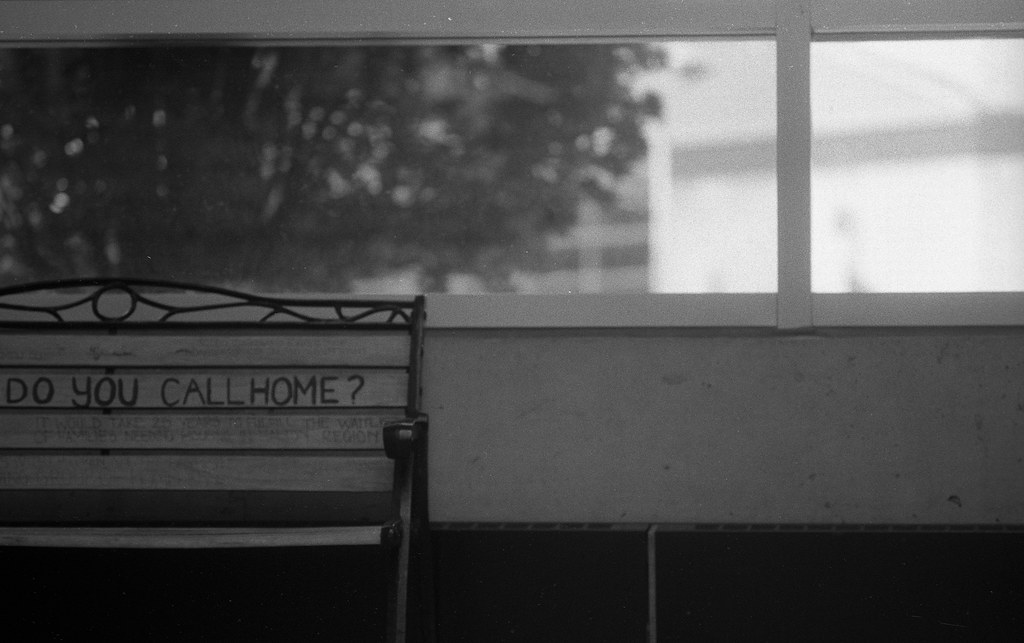 Day Four – To the Grave
One of my favourite spots to go to Oakville next to downtown is the historical St. Mary’s Cemetery. I had been hoping for rain but the weather didn’t cooperate. 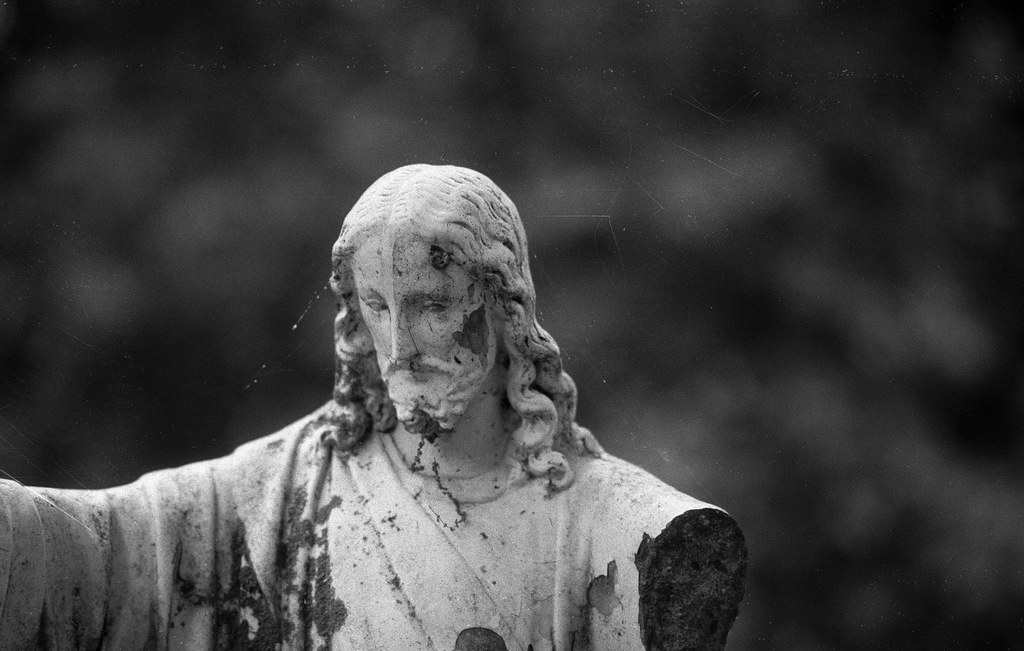 Day Five – On the Road
For the final day, I left for work early to let me capture something the scenes I get while driving into work under a beautiful rising sun! 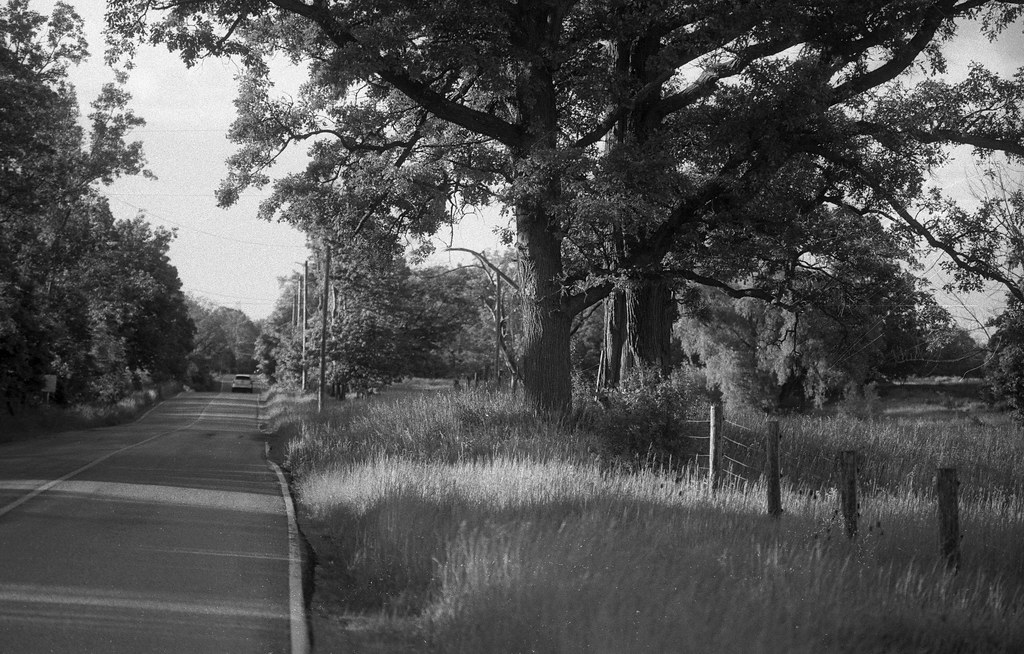 Am I a bigger fan of the 135mm focal length? I think I have a bigger appreciation for what that extract reach can give to an image. It also helped in changed my perspective and will probably be more likely to take the lens out a little more especially with my XE-7 on a future photo walk. And the best part is that in the process of processing and editing I think I’ve come up with my four to submit!