Despite being a cheap alternative the folding SX-70, the OneStep is an icon among camera collectors, and instant photographers, the white plastic and more importantly the rainbow strip are so iconic it graced the first icon for Instagram. The Polaroid OneStep is a white plastic camera, and this is a black one! I can honestly say I’ve never seen one like this before. But I couldn’t well forget an icon in the world of Polaroid, and unlike many of the older models, this one still works. Special thanks to Knox Presbyterian Church in Milton, Ontario for this camera.

Background
Several cameras make up the mythos that is Polaroid, and one of the more iconic is the OneStep. Before the advent of the SX-70 system, photographers had to wait upwards of 60 seconds to wait for the Type-100 (Packfilm) to develop in a sealed envelope and then deal with the garbage generated the chemical goop left on the prints. In 1972 Dr Land introduced the SX-70 a folding Single Lens Reflex camera with a new type of film. Today we call the film Instant Integral, whereas everything is contained in a single sheet producing a square image in less than a minute, this time was shortened as the decade proceeded and earned the equally iconic name TimeZero. But these folding cameras ran at 180$ (USD), that’s approximately 1,036$ (USD) today, far too expensive for the average person. In 1973 they released a simpler cheaper version, the OneStep for 40$ (USD), approximately 230$ today. Unlike the handsome metal and leather folding SLR, the OneStep is a rigid plastic body, white with black accents, and a rainbow strip and a round red button to create an equally iconic camera and highly sought after even today. A later version went all black with a square button and lens housing, allowing the rainbow to stand out even more. The name OneStep would be replaced with titles like SuperColor, 1000, TimeZero, The Button, and OneStep SE. Despite the name changes and slight differences in looks and colour patterns, the camera internally remained the same. This particular one, the SE model, is part of a series of late model OneSteps that offered an extended warranty. 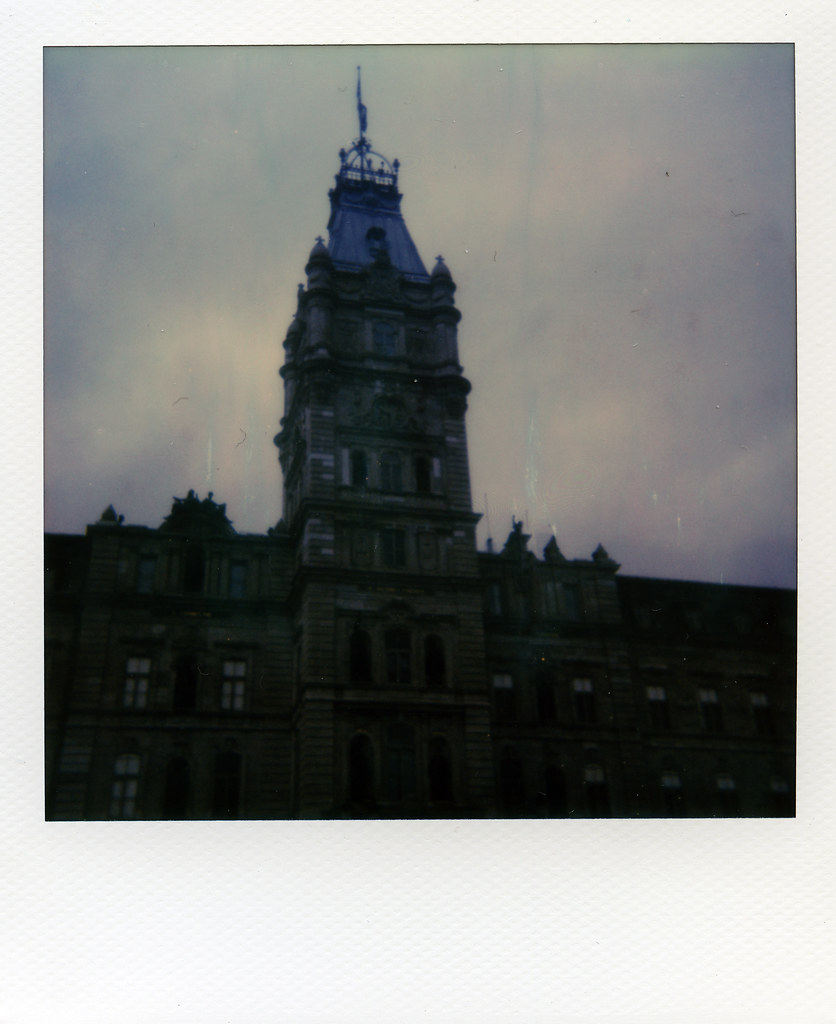 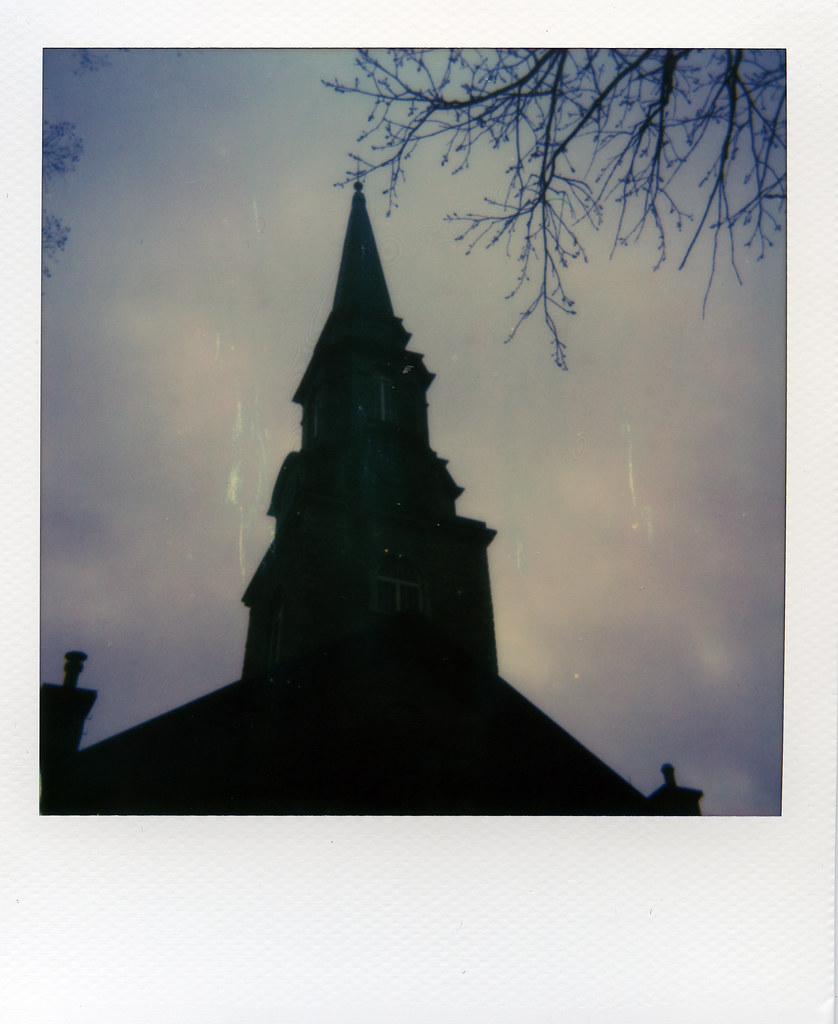 Impressions
You have to look at the camera to realise that these are cheaply made, one wrong move and your camera is broken. It’s lightweight, plastic, and simple. You have two main controls, the light/dark dial over the auto-exposure eye and the shutter release. And the only one that matters is the shutter release. In hand the camera feels good, despite the strange shape, the engineers at Polaroid took the basic shape of the folding SX-70 and reduced it down basics. In hand, the camera is well balanced, and you can easily hold it up to your eye and keep your finger on the shutter, and it isn’t awkward at all. The viewfinder is offset from the lens but it decent for lining up a shot with little in the way of parallax error. 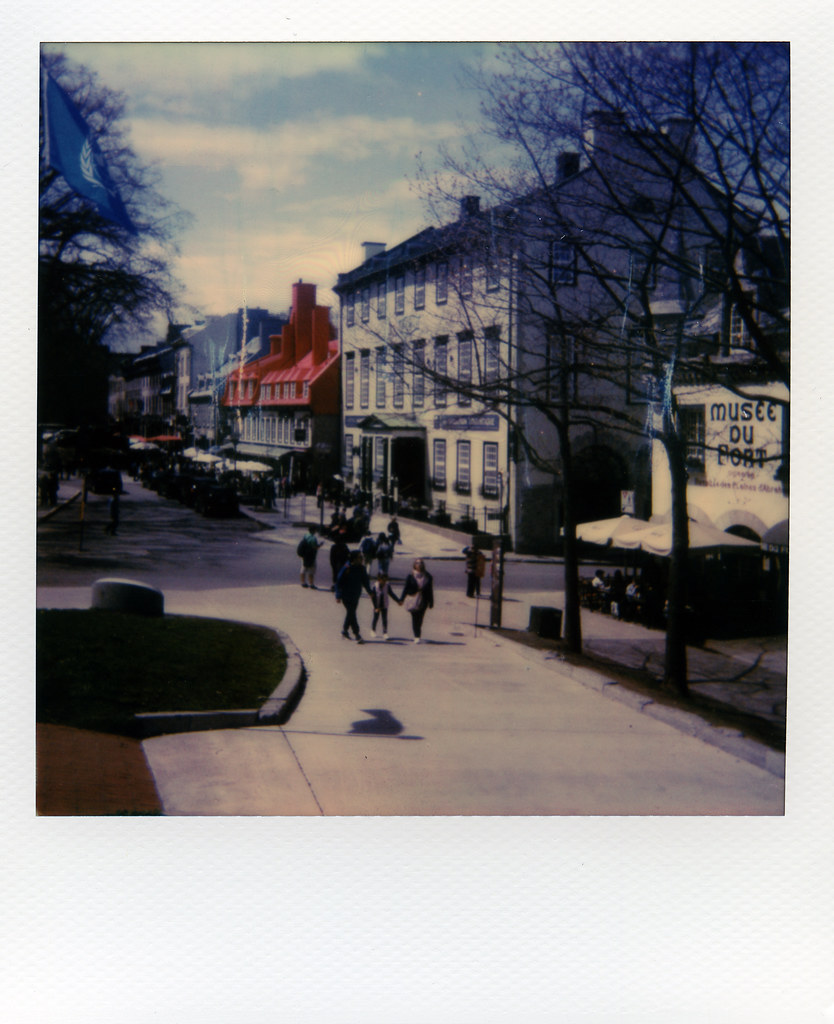 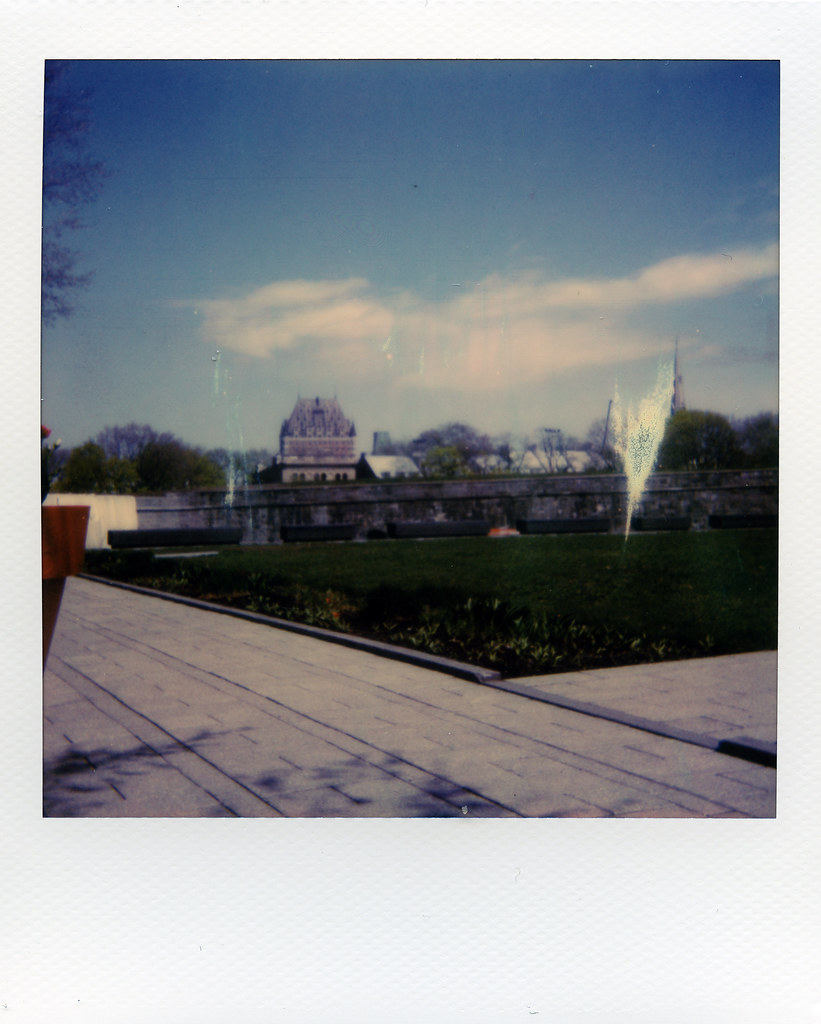 Experiences
I had forgotten how enjoyable the OneStep is to use out in the field. The viewfinder is big and bright even in dull light and even brighter in direct sunlight. Weight is far from an issue as the camera’s plastic construction give you no added heft. And that was even when juggling the Polaroid with a Maxxum 9. The biggest issue remains to manoeuvre everything to shield the print from light while it develops. But with a bit of practice and help, I had it down. 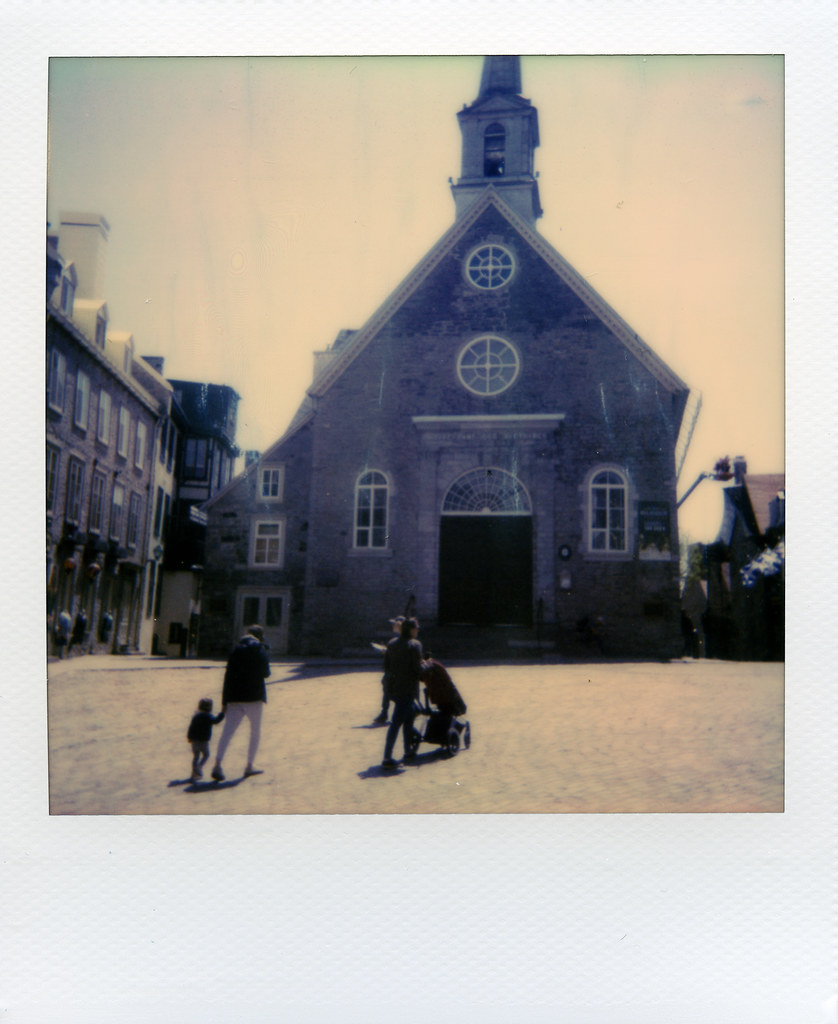 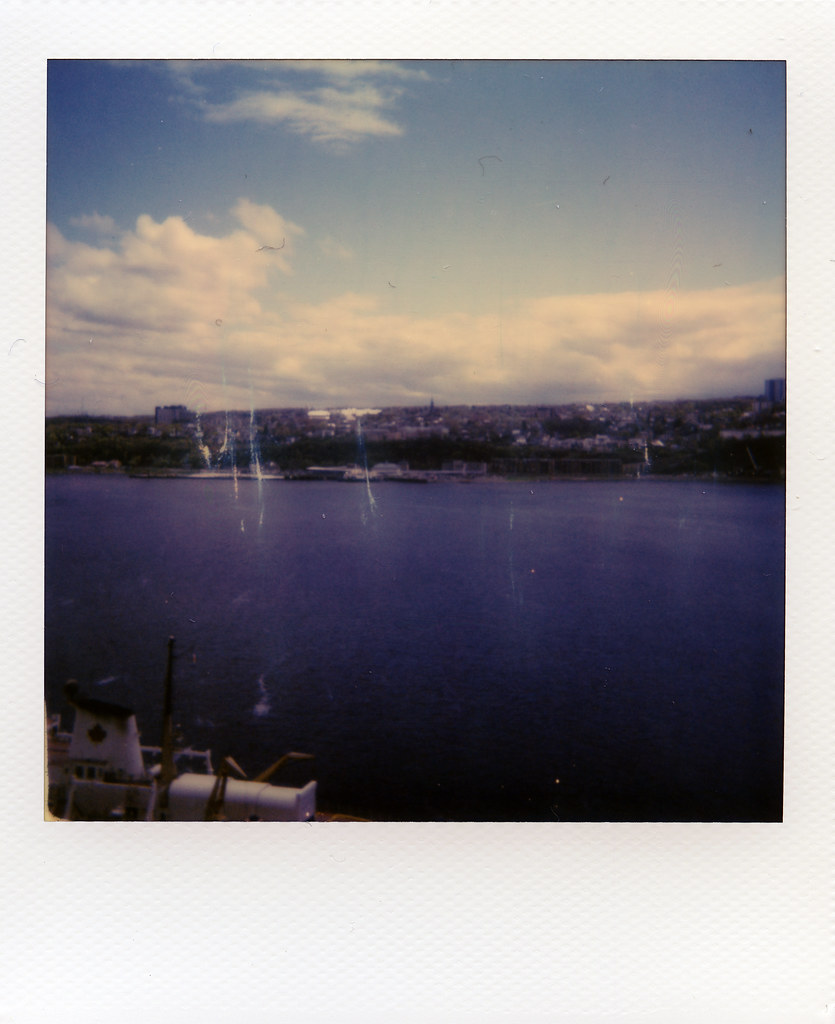 Optics
Surprisingly I found even with a plastic lens, the images are decent. Yes, they are not as sharp as could be expected, but they have a lovely dreamlike quality about them. But then again the lens is plastic, and fixed focus. Slightly faster than a type-600 camera due to the slower film. In other words, you get what you expect out of this camera, that soft 1970s look that you see in all those old Polaroids that your family may have! But you don’t buy a OneStep for the lens now, do you? 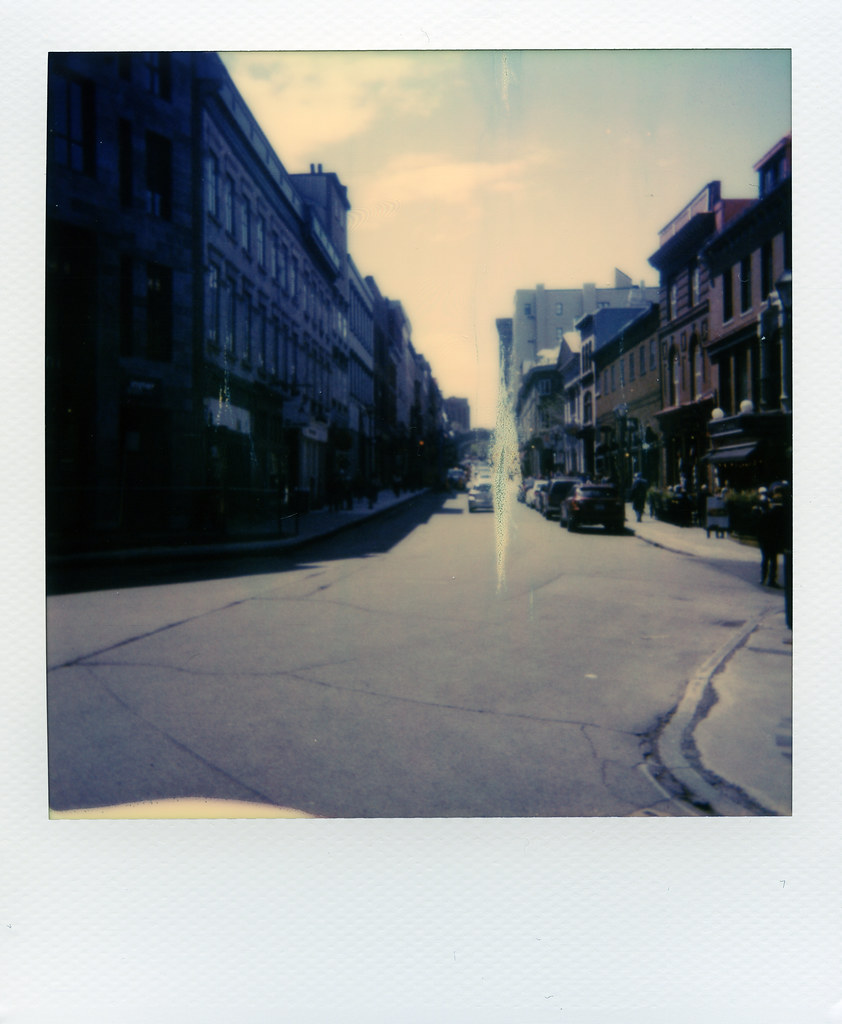 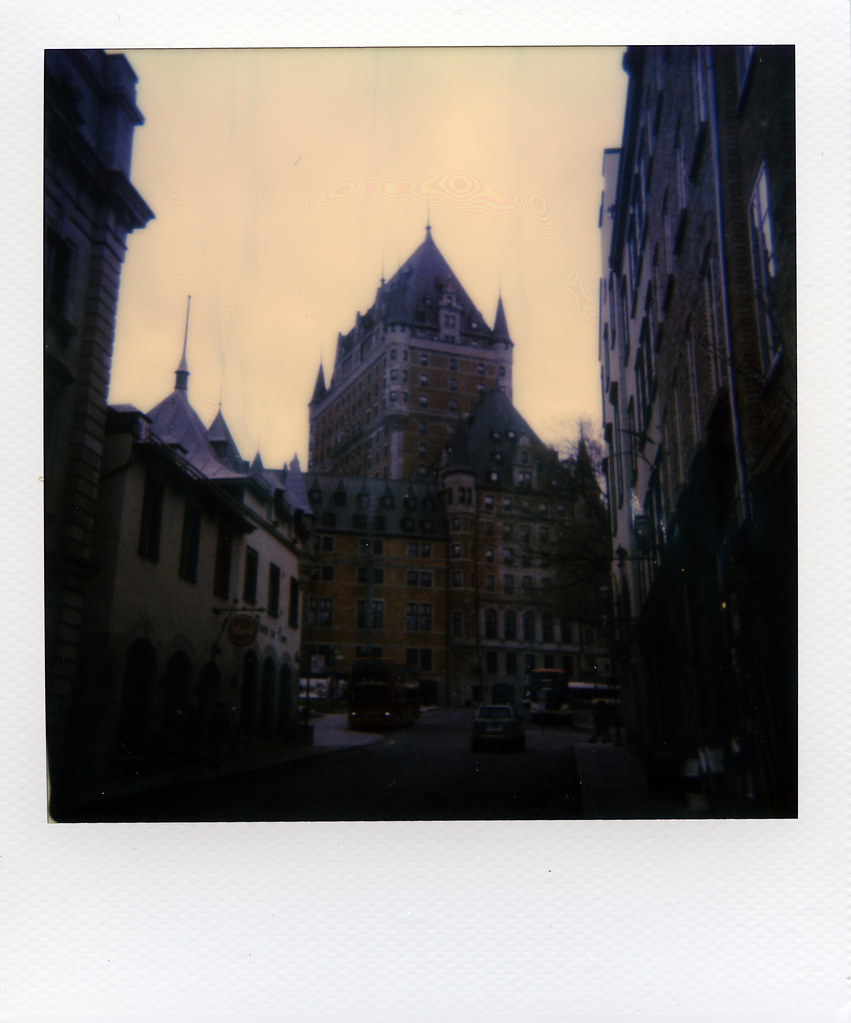 Lowdown
First and foremost the OneStep is an old camera which is also a cheaply made camera. Now because of their iconic cult status, they do command a price on the used market and often will not be in working shape. So if you do find one at a fair price, make sure you test it out first before spending the cash. Best way to test these out is to have a working film pack, a couple of already exposed prints and a darkslide. Reload the prints first, then the darkslide. If the camera behaves normally, chances are you have a working camera. I would not spend any more than 40$ on a unit. You might get one pack out of it; you might get ten. But these cameras are plain fun to use, they draw in a crowd, and having that classic look about them for plastic-lensed polaroids is second to none. Of course, there is the matter of the film which isn’t cheap, but worthwhile for a couple of special occasions.

Further Reading
Don’t just take my word on the Polaroid OneStep, you can see other reviews on the camera on these other sites.